Head of police complaints watchdog Michael Lockwood QUITS £190,000-a-year role amid criminal investigation into an allegation ‘of a sexual nature’ from 40 years ago

Michael Lockwood (pictured), 63, director general of the Independent Office for Police Conduct (IOPC), has stepped down with immediate effect following an investigation

The man in charge of investigating police misconduct has suddenly resigned – after a police investigation into an historic allegation, which sources have told The Mail on Sunday is of a sexual nature.

Michael Lockwood, 63, director general of the Independent Office for Police Conduct (IOPC), has stepped down with immediate effect following the probe.

It relates to behaviour from when he was in his 20s and living in Humberside, sources said.

Last night Home Secretary Suella Braverman said she had accepted his resignation from the £190,000-a-year post, adding: ‘I took immediate action upon being made aware that Mr Lockwood was the subject of a police investigation into an historic allegation, and instructed my officials to ask him to resign or face immediate suspension.’

In a statement posted on the IOPC website on Friday night, Mr Lockwood said: ‘It is with great sadness that I have decided to resign as director general of the IOPC for personal and domestic reasons, and this will be effective from today.’

The watchdog investigates serious allegations of misconduct or criminal offences by officers and plays an important role in holding police forces to account.

It is often involved in sensitive investigations into allegations against serving officers in England and Wales, and its remit can involve interviewing victims of sex crimes and other vulnerable people.

The departure of Mr Lockwood comes after several years in which the watchdog has been under continued scrutiny. After taking up his post in January 2018, the IOPC exonerated all the police officers referred to it over alleged misconduct in Operation Midland. 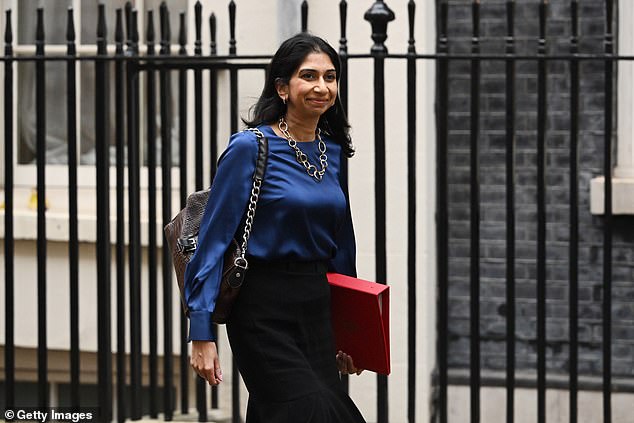 Home Secretary Suella Braverman (pictured) said she has accepted his resignation from the £190,000-a-year post

Critics dubbed the failure to hold anyone to account for the investigation into false historic allegations of child abuse against high-profile figures a ‘whitewash’.

Mr Lockwood, a former accountant, fiercely defended the IOPC’s investigation and made his opposition clear into re-opening the probe into the police handling of unfounded allegations made by fantasist Carl ‘Nick’ Beech.

Following the inquiry the watchdog was branded ‘unfit for purpose’ by Baroness Lawrence, Lady Brittan and five others whose lives were affected by bungled Scotland Yard operations. In a letter to the Prime Minister they called for the IOPC to be led by a ‘credible and legally trained individual’.

The IOPC has also been in the spotlight after taking police to task for sexual misconduct following the rape and murder of Sarah Everard by Met officer Wayne Couzens. Mr Lockwood called for the vetting of recruits to be ‘more intrusive and diligent’ to get rid of ‘baddies’. 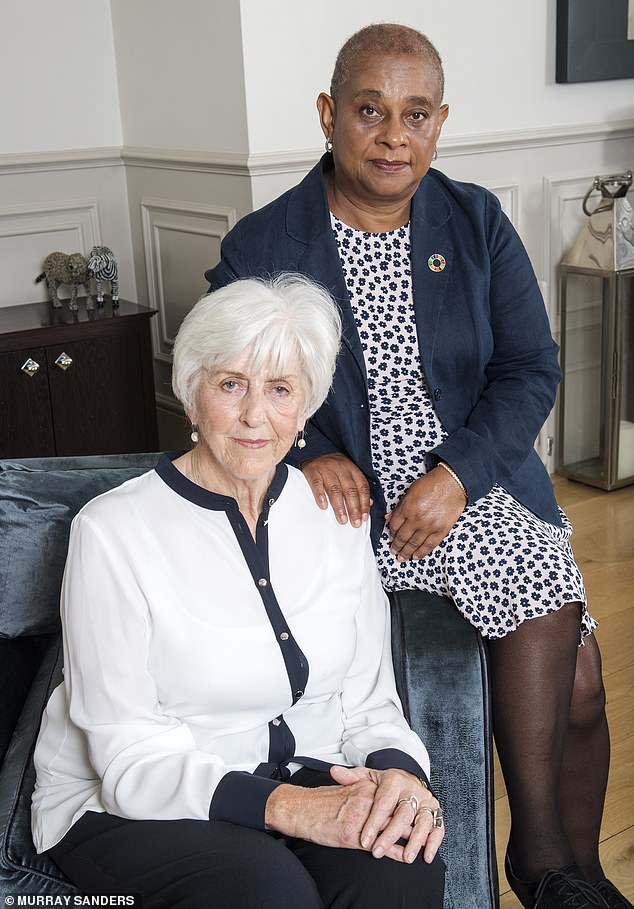 The watchdog was branded ‘unfit for purpose’ by Baroness Lawrence (right), Lady Brittan (left) and five others whose lives were affected by bungled Scotland Yard operations

After Ms Everard’s murder last year he said officers who fell below expected standards of behaviour were not ‘one-off events’ and couldn’t be dismissed as a ‘bad apple’, adding: ‘There must be self-awareness of the problem and firm action to tackle it by leaders.’

The IOPC was set up in January 2018 following the closure of its scandal-hit predecessor, the Independent Police Complaints Commission. Since he became director general, Mr Lockwood has presided over investigations into ‘systemic racism’ within police forces, the 17 officers who handled the investigation into murders of four young men by Stephen Port, and Boris Johnson’s relationship with US businesswoman Jennifer Arcuri while he was mayor of London.

The IOPC declined to comment last night on why he resigned.