Somehow it was characteristic that even with his own life drawing to a close, Eddie Young should be making time to offer kindly words of reassurance about the welfare of the husband of a close friend.

But this was typical of the Daily Mail’s legendary lawyer, who died yesterday at the age of 80 after a long and brave battle with illness.

He was a figure who enjoyed talking about the ups and downs of the England rugby team as much as he did the paradoxes of the law. The one thing he never did was talk about himself — and certainly not about his health.

But if modesty was one of his great personal qualities it was matched by a skill and grasp of the intricacies of the law that gave him one of the most formidable legal minds of his generation. Outwardly he delivered his views on what the Mail’s editors could — or (on rare occasions) could not — put into their paper with cool-headed and calm authority.

Sometimes these judgments would come with a wry sidelong glance, but woe betide anyone who mistook this drollness for some kind of lack of enthusiasm. Freedom of the Press and the right to publish were more than just a passion but a guiding principle.

Eddie was one of the unsung heroes of the newspaper business; his name wasn’t up in lights on the front page with scoops or interviews. Nor did he write a column or file despatches from war zones. But his influence was on every page and in every headline.

As group legal adviser to Mail publisher Associated Newspapers, never were all those assets in more demand than on the night of February 13, 1997. 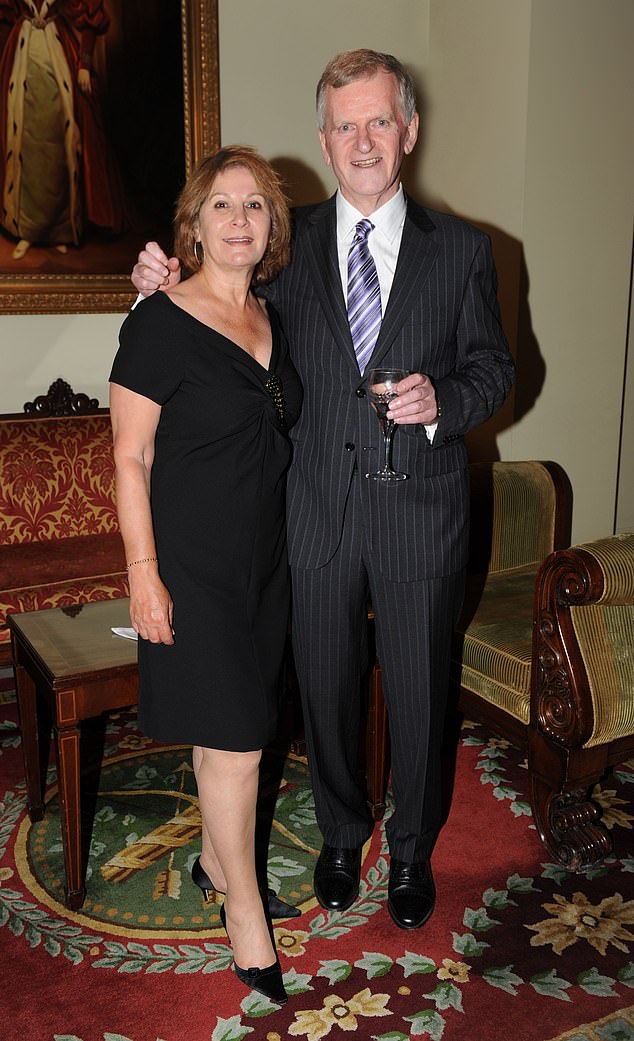 The following day’s Daily Mail was to carry a single word headline on its front page. ‘Murderers’, it read, and below were five pictures of the men it accused of killing black teenager Stephen Lawrence in a racially motivated attack.

It was Eddie who advised then editor Paul Dacre that although a risk — because of the threat of being sued — the headline ‘didn’t keep me awake at night’.

This was no knee-jerk reaction but a shrewd, thoughtful verdict based on assessing all the material on the case. His view was that the five men — some had criminal records and came from notorious underworld families — had very little reputation to defend, as is required in a libel case.

The colossal gamble paid off and the Mail’s vital role in the case was vindicated in that one damning but courageous banner headline.

There were countless other headlines, of course, in a career that spanned 40 years, but that February evening almost 26 years ago was the one Eddie considered his greatest of days. ‘I never sought the limelight and always preferred to keep a low profile, but with this event I could not avoid the publicity,’ he later said.

‘Articles appeared in newspapers and magazines and there was almost non-stop coverage on the TV. The simple fact is that it was the editor’s decision to publish and he took the risk; I was quite happy to take some of the glory!’ 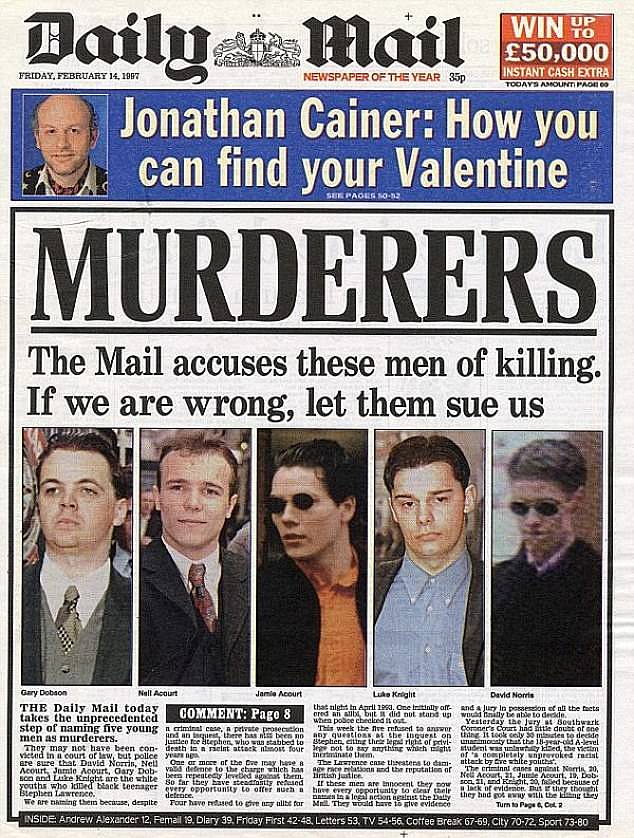 Modest as ever, Eddie was adored not just by his family and legal team at the Mail but also by its journalists. When he retired in 2009 he received the singular distinction of being ‘banged out’, a Fleet Street tradition to mark the departure of long-serving editorial staff. Until then no lawyer had received such an honour.

He wiped a tear as he acknowledged the din walking through the Mail’s busy Kensington newsroom.

Eddie Young might never have become a lawyer at all. Convinced he had failed his law exams, he decided a career in advertising might be more to his taste. And he hoped that his dazzling sporting skills at cricket and rugby — at school he played in the same XV as former Tory minister Chris (now Lord) Patten — would help.

Alas he found no takers, but he recovered from the rejection on learning that he had actually passed his legal exams after all.

Eddie was born in London during the Blitz in November 1942 — indeed the first bomb to fall on a London residential building had killed his three-year-old cousin.

He was the fourth of six children born to Alfred, a larger-than-life car dealer, and Katherine, an Anglican who at 70 switched to her husband’s Catholic faith.

Eddie himself changed faiths, converting to Judaism on meeting Diana, his wife.

After school at St Benedict’s, Ealing, he won a place to study law at University College London. His first job was as a £15-a-week trainee with a lawyer in Islington who also worked as a part-time vicar. He stayed two years before moving to a West End firm as an assistant solicitor. 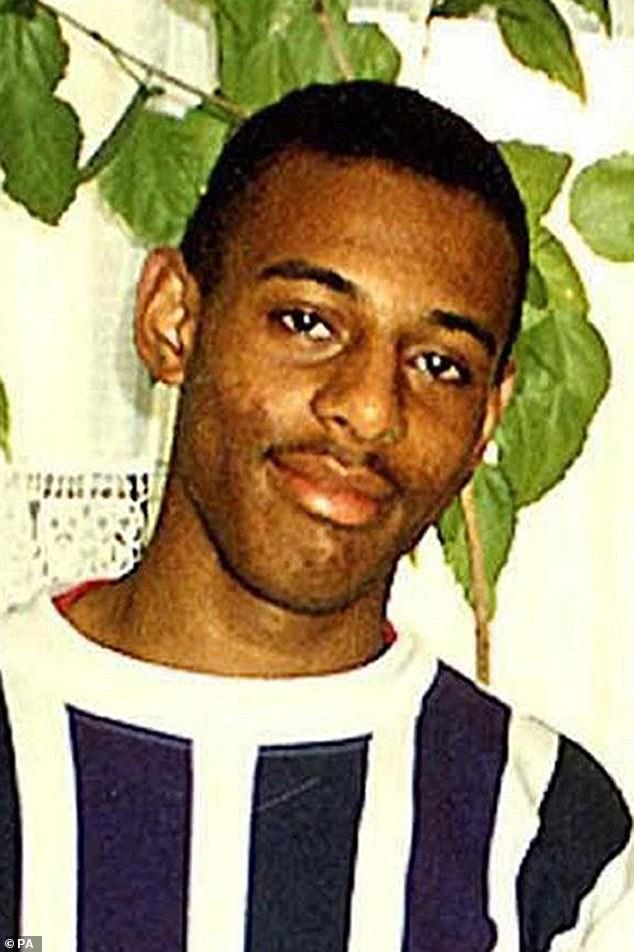 That February evening almost 26 years ago was the one Eddie considered his greatest of days. The Mail’s vital role in the case was vindicated in that one damning but courageous banner headline. Pictured: Stephen Lawrence who was stabbed to death in a racially motivated attack in 1993

In 1969, and feeling rather bored, Eddie spotted an advertisement for a lawyer in the Evening Standard newspaper. He applied, got the job and almost at once found himself at home in the feverish excitement of clanging typewriters and pressing deadlines.

He didn’t completely end his old legal work, running a conveyancing business for journalists on the side.

When the Standard, then owned by the Express group, was taken over by the Daily Mail in the 1980s, 6 ft 3 in Eddie came too.

For all his thoughtful, shrewd and apparently unflappable advice, there were some heated moments, which usually involved throwing a telephone.

To the Mail family he was unfailingly courteous and a giant figure. Viscount Rothermere, chairman of DMGT, the Mail’s parent company, said: ‘Eddie Young was a much-loved and respected member of the Daily Mail team. A brilliant and courageous man and under whose guidance the Mail was able to publish many important articles that other lawyers may not have permitted, notably the Stephen Lawrence case.’

Paul Dacre, editor in chief of DMG Media, described Eddie as ‘loyal, fearless, utterly decent’ and simply ‘the finest newspaper lawyer I’ve ever worked with. A great friend of investigative reporters, he was more concerned with levering contentious material into the newspaper than keeping it out, and I often suspected he had greater affection for journalism than the law.

‘He was the man you’d choose to be beside in the trenches.’

Eddie is survived by Diana and their three children, Daniella, Nadine and Ilan.

Central London is eerily quiet as people stay at home