A one-year-old dog was stunned after spotting a pod of dolphins for the first time when she was taken out on her owners’s fishing boat.

While they were out on the boat, a pod of dolphins began to leap from the sea, putting on an amazing display for a very surprised Darla.

The owners filmed the incredible encounter, as Darla fearlessly stood on the front of the boat to get a closer look. 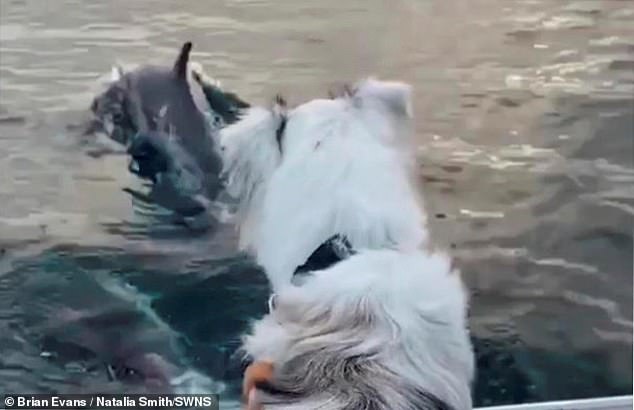 Australian Shepherd Darla saw a pod of dolphins for the very first time when she was taken out to sea by her owners Brian Evans, 32, and Natalia Smith, 31 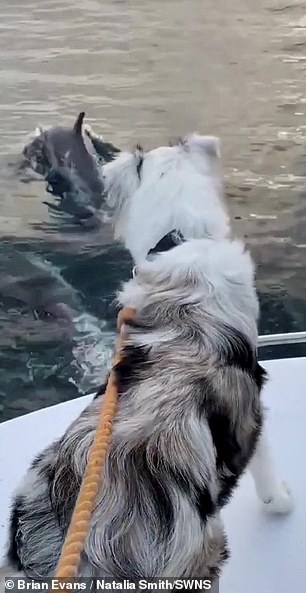 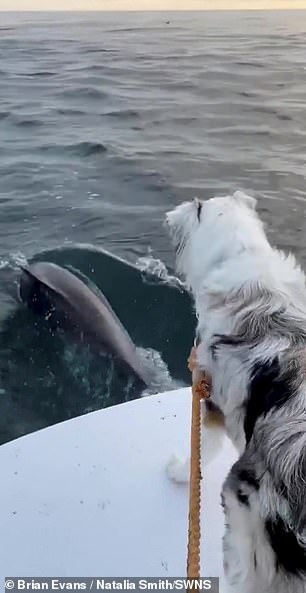 When they were off Anacapa island, on the coast of Ventura, California, the dolphins came right next to the boat and jumped out of the sea, much to the surprise of one-year-old Darla

The curious dog stands at the front of the fishing boat to look out to sea, but is stunned when the dolphins put on a majestic performance.

In the footage, Darla jumps back in surprise as the dolphins emerge out of the calm sea right next to the boat.

Her owners can be heard giggling as the unfazed pooch looks out to the sea, seeming confused about where the fish are appearing from.

The pooch seems to become more confident around her fishy friends as she happily watches them frolicking in the ocean. 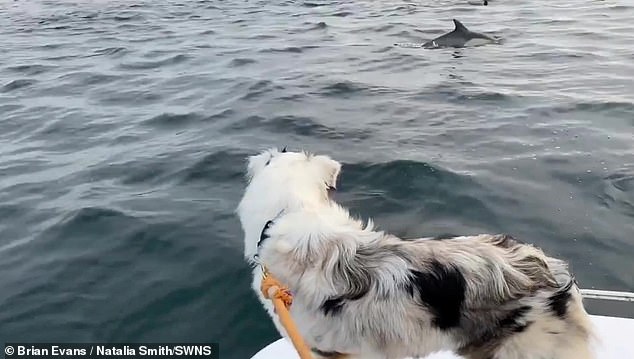 Darla was filmed by her owners watching the dolphins with curiously, leaping back in surprise as they emerged from the sea and gathered around the boat 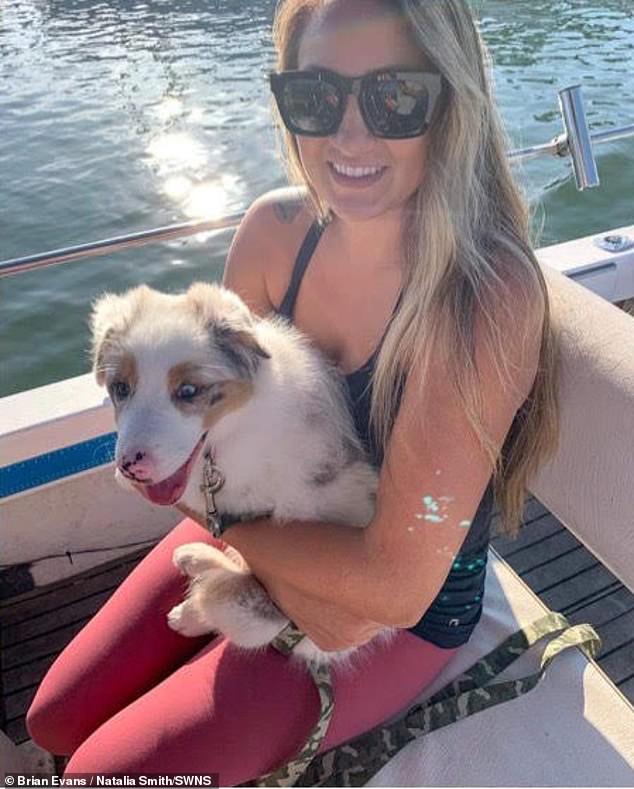 Natalia Smith (above), who is a dental technician from Ventura, said it was ‘surreal’ to share such a ‘beautiful’ moment with their dog and loved seeing her heartwarming reaction

‘My boyfriend and I go fishing all the time on the lake and ocean and we bring Darla every time. We’ve taken her on the water since she was three-months-old, so she has better sea legs than most people!

‘She loves to inspect the fish we catch, stare at the sea lions and this was the first time she got to see dolphins.’ 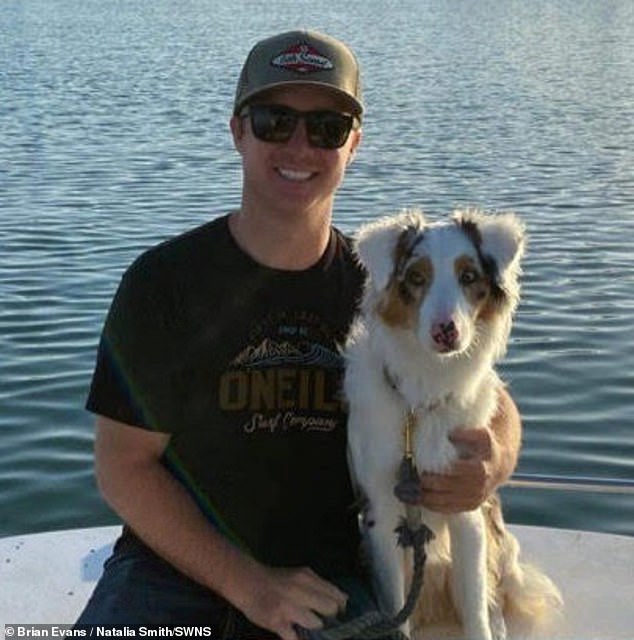 Professional fisherman Brian Evans, 32, (above) and his his partner Natalia have been taking Darla out on Brian’s fishing boat since she was just three months old

Darla is unafraid of the vast ocean and enjoys standing at the front of the boat with ‘the wind in her face’ as her owners fish.

Natalia added: ‘First, we made sure she was safe, on a secure leash. We loved being surrounded by the dolphins and enjoyed seeing it from her perspective. The moment was pretty surreal to be able to show her something so beautiful.

‘She loves having the wind in her face on the water and isn’t scared of anything out there. Everyday we try and show her something new just to see her reaction.

‘We don’t have kids so this is our fur-child.’