Inflation has touched nearly every area of the economy, including the hospitality sector.

According to celebrity chef Wolfgang Puck, restaurant suppliers have raised prices "tremendously," forcing him to rethink how to avoid passing on the cost to his customers.

"We just have to engineer the menu a little different so not everything is expensive," the restaurateur said on Influencers with Andy Serwer.

Puck has noticed inflation particularly in food items like beef, fish, and vegetables. The price of a pound of beef tenderloin for his restaurants, he noted, rose by nearly 40% from $36 to $52.

"That was really, really hard," Puck said, particularly because gourmet steak is a classic on his menus. 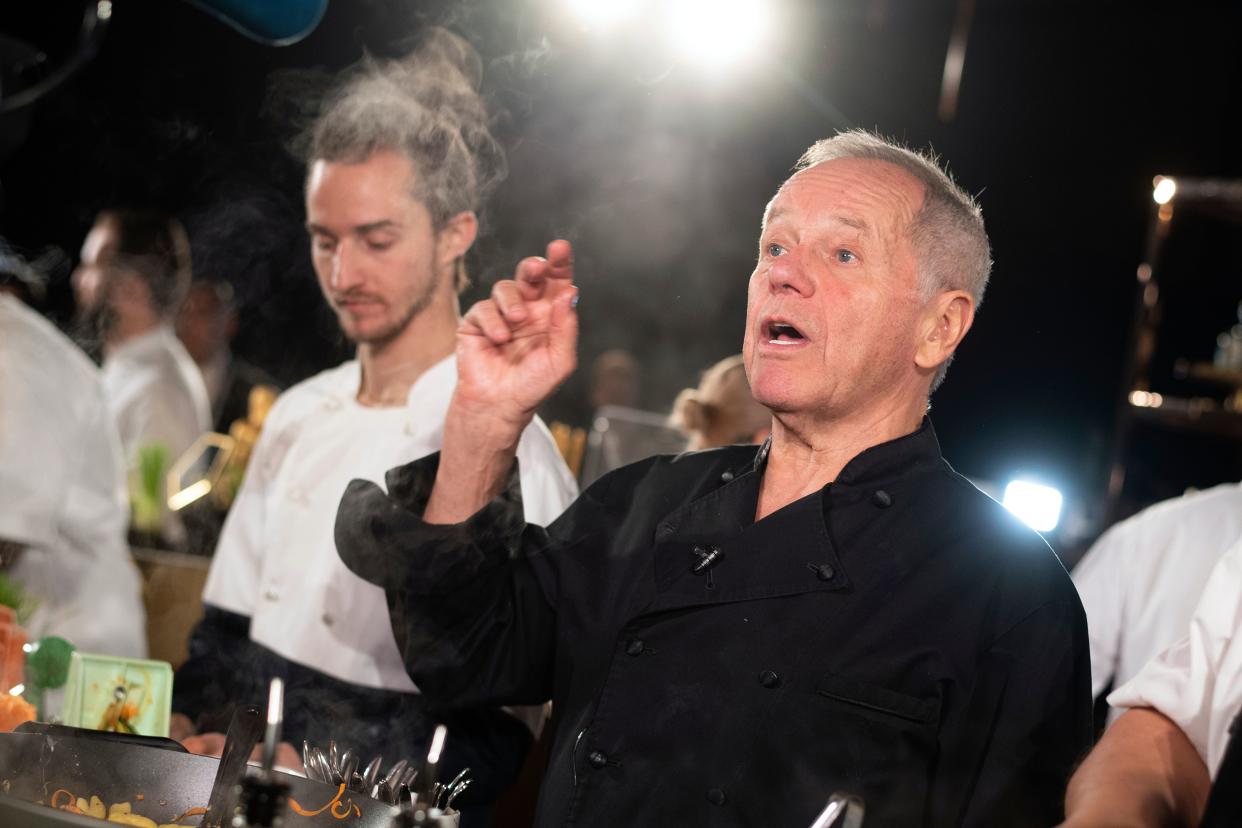 As a result, Puck and his workers have tried to "balance the menu," though he did acknowledge that his restaurants have also raised prices on some items, like steak.

"Not everything is expensive, because soon we're going to come to where a really good steak will cost $95 to $100," he said. "It's getting a little expensive."

The Austrian-born chef has elected to lean in to other menu items and focus on enhancing their quality instead.

"Yes, if you want a really good piece of meat, it's very expensive," he said, "but we also can give you a good meal without having that meat."

'They couldn't deliver the food'

Puck's restaurants haven't been the only ones adapting to inflation. In response to rising costs, a slew of major restaurant chains have raised prices in recent months, including McDonald's (MCD), Chipotle (CMG), and Cracker Barrel (CBRL).

Food prices rose 7.9% in February compared to the same month last year, marking the sharpest rise since 1981, the U.S. Department of Agriculture (USDA) reported last month. The trend is unlikely to stop. Food-away-from-home prices are expected to increase between 5.5% and 6.5% this year, the USDA said.

He cited suppliers asking for 20% or 30% price increases for some parts between 2021 and 2022, which far exceeds the 8.5% year-over-year rise in consumer prices in March reported by the federal government last week.

Puck, who co-founded three companies that operate more than 50 restaurants worldwide, has noticed a similar issue, particularly due to the ongoing labor shortage in the U.S.

"Truck drivers, they're hard to find," Puck said. "They couldn't deliver the food. The people who had warehouses … they had to pay them overtime to deliver at midnight because there are so few people who are working."

Another source of mounting costs for restaurants are the rising wages for employees.

Last year, as dining and travel habits returned to some semblance of normal, the high demand for workers in leisure and hospitality made it the only occupation that saw wage increases outpace inflation, as Yahoo Finance's Ben Werschkul reported. Hourly wages for those workers jumped 11.8% in March compared to a year ago.

The challenge of attracting new employees and retaining old ones makes up the "hardest part" of running a restaurant during the pandemic, Puck said.

"A lot of employees in our industry changed their lifestyle," he said. "They said, 'We don't want to work on Mother's Day, on Christmas Eve, or New Year's Eve, Saturday, Sunday.' … A lot of these people didn't want to come back."

Max is a reporter for Yahoo Finance.

Naya Rivera could have hit her head diving from her boat, diver claims