High Street faces being decimated with the loss of 10,000 shops next year after a torrid 2018 for retailers blighted by falling sales and online competition

An estimated 10,000 shops will be forced to close as online stores and rising business rates continue to put pressure on High Street retailers, experts have said.

It comes a month after the Local Data Company revealed the number of empty shops had risen by more than 4,400 in the first six months of 2018.

Tens of thousands of jobs are at risk, and High Street mainstays such as House of Fraser, Evans Cycles, Maplin and Poundworld have fallen into administration in the past 12 months. 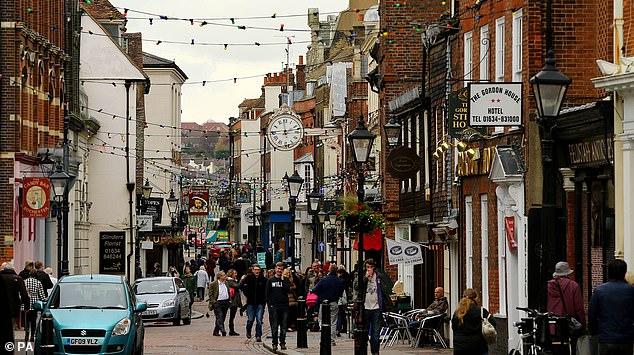 The Local Data Company revealed the number of empty shops had risen by more than 4,400 in the first six months of 2018

HMV has become the first high-profile Christmas casualty as the retailer has fallen into administration again, with more than 2,000 jobs at risk.

Professor Joshua Bamfield, of the Centre for Retail Research, said more jobs are expected to be lost from the £366billion-a-year retail industry next year.

He told the Mirror: ‘We are expecting about 10,000 shops to close in the next year.

‘A few years ago you could say there were certain retailers that would never go bust but you cannot say that any more.

‘Business rates are too high for stores to compete with online competitors.’

Helen Dickinson, of the British Retail Consortium, said: ‘It’ll continue to be a ­challenging retail environment over the next six months with another business rates rise.’ 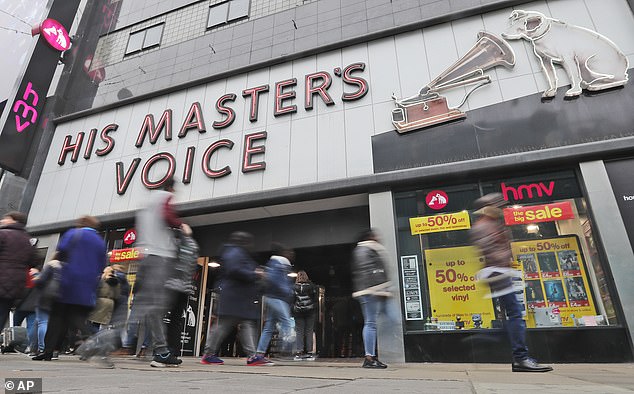 HMV has become the first high-profile Christmas casualty as the retailer has fallen into administration again, with more than 2,000 jobs at risk

Huge discounts of up to 90 per cent have decimated retailers’ profit margins, even though shoppers spent a record £55 billion since Black Friday.

Analysts say mega discounts have obliterated any profit for retailers from some of the cash going through the tills.

Julie Palmer, partner at Begbies Traynor, insolvency experts, said: ‘Retailers are relying on discounting tactics, either heavily cutting prices or giving vouchers to customers that buy their products, in the hope of increasing sales. But this is to the detriment of profit.

Richard Perks, the Mintel director of retail research, said: ‘Retailers training shoppers to wait for discounts before spending is crazy. They are undermining their own businesses.’

If protesters can march, why can’t businesses open?

Rule Britannia lyrics: What are the words and what's the meaning of the song?