Home Secretary Suella Braverman considers upgrading cannabis to class A amid concerns over evidence linking it to psychosis, cancer and birth defects

The Home Secretary is considering making cannabis a Class A drug over concerns that it is a ‘gateway’ to other harder drugs and causes medical conditions including cancer and psychosis.

Suella Braverman is currently reviewing evidence and reportedly agrees with a group of Conservative Police and Crime Commissioners (PCCs) who spoke out at the Conservative Party conference this week arguing for the drug to be upgraded.

Ms Braverman is said to be ideologically opposed to the decriminalisation of cannabis, telling close allies she believes it sends a ‘cultural’ signal that use of the drug is acceptable behaviour, The Times reports.

She is also said to be concerned at the evidence linking the drug to serious mental and physical health issues, including psychosis, cancer and birth defects.

Cannabis is currently a Class B drug, and upgrading it would have substantial impacts on police forces and sentencing guidelines. 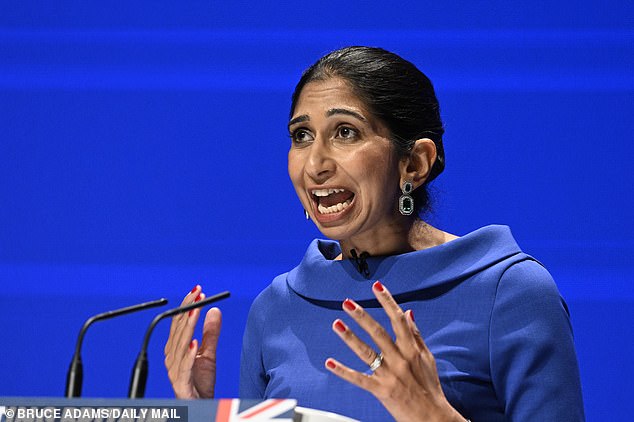 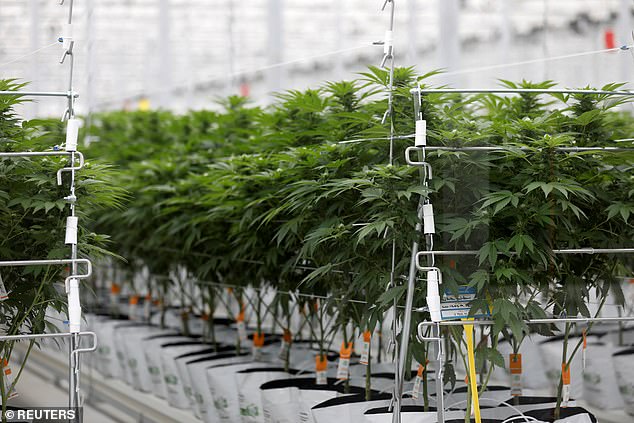 Some European countries already have firm plans to legalise the drug, including Germany and Luxembourg

This doesn’t seem to be a problem for the Home Secretary, as the source close to Ms Braverman told The Times: ‘We’ve got to scare people’.

But she does seems to be aware of the extra pressure upgrading the drug would have on police forces, which are already vastly overstretched and under pressure to respond to other types of crimes such as burglaries.

The calls are contrary to the global trend of relaxing cannabis restrictions, with some countries already legalising the drug.

This includes Canada and Thailand, with half of US states also legalising the drug. In Europe, Luxembourg and Germany are also planning to decriminalise.

The Home Secretary has also previously suggested she intends to crack down on middle-class drug users, introducing more campaigns which make the link between drug use and the exploitation of vulnerable young people clear.

But pro-legalisation groups argue this is the wrong tactic to take, and that introducing a regulated market for cannabis would severely impact the criminal gangs behind county lines.

The Home Office confirmed it currently has no plans to change the classification, but it is understood Ms Braverman is reviewing the evidence before making a decision.

Last week at the Tory party conference, Dorset PCC David Sidwick was one of those calling for reclassification.

He said: ‘We’re seeing it because it’s a gateway drug. If you look at the young people in treatment, the number one drug they are in treatment for is cannabis.’ 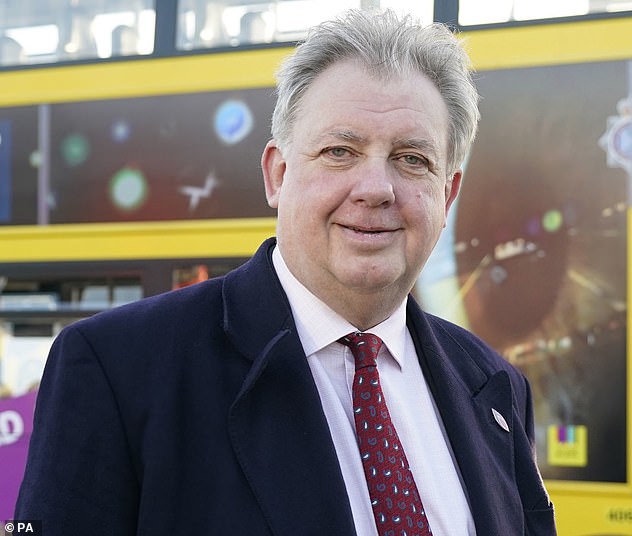 ‘We aren’t just talking about “a bit of weed” any more, this does the same harm as crack and heroin. That’s why we need the penalties for this illegal gateway drug to match those of Class A substances.’

Neil McKeganey, director of the Centre for Substance Use Research in Glasgow, told the fringe meeting that drugs pose a greater risk to society than religious extremism.

He said it was a ‘serious dereliction of their responsibilities’ for police chiefs to treat drug use as a health problem, adding: ‘It’s like trying to win a war by providing more hospitals.’

The meeting also heard from Janie Hamilton, whose son James died of cancer after cannabis-induced psychosis drove him to refuse cancer treatment.

‘Let no one say that cannabis is harmless,’ she told delegates.

But Parliament is divided on the best way to tackle cannabis use.

Labour MP Bell Ribeiro-Addy tweeted in response to US President Biden’s announcement this week that he plans to pardon all simple marijuana users: ‘Convicting people for personal possession of cannabis forces them into the criminal justice system and ruins lives.

‘It’s time to start taking a public health approach to drug policy. This is a vital first step and one I hope the UK will follow.’

Meanwhile Conservative MP Crispin Blunt told another fringe meeting at the party conference he believes addicts should be allowed to take heroin legally in a safe environment.

He said: ‘It might be that you would allow people access to heroin – legal access to heroin – but you’d insist they take it under medical supervision in a particular facility – so that you can ensure that the drugs they are taking is actually heroin.’

He claimed that society cannot ‘arrest [itself] out of the drugs problem’ and that it would be ‘more intelligent’ to help people make informed decisions about what they are taking rather than leaving them to become part of the ‘illegal criminal supply chain’.

BBC includes trans women among 'most inspiring' women of 2021