Home » World News » Homeless man who made up to £1,000 posing as car park attendant jailed

Homeless man who made up to £1,000 posing as a car park attendant in a hi-vis jacket at expensive Soho car park is jailed for 14 weeks

A homeless man made up to £1,000 posing as a car park attendant for an expensive London car park, a court heard.

Malcolm Smith, 39, donned a hi-vis jacket with the words ‘site supervisor’ on the back and approached motorists leaving the NCP car park in Soho.

After drivers paid Smith half the price of the normal fee at the car park he forced open the barriers to let them out, Westminster Magistrates’ Court heard. 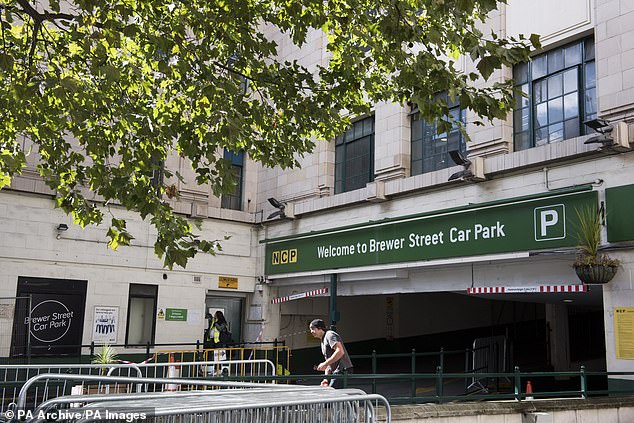 Malcolm Smith, 39, donned a hi-vis jacket with the words ‘site supervisor’ on the back and approached motorists leaving the NCP car park in Soho (pictured)

Smith was jailed for 14 weeks after customers reported him to the private car parking firm and a member of staff from it carried out an undercover ‘sting operation’.

Henry Fitch, prosecuting, said: ‘They are all in essence the same fraud.

‘Impersonating a car park attendant and taking payments from customers less than they would be obliged to pay if they had paid legitimately for their car park stay and opening the barrier wearing a hi-vis jacket with the words ‘site supervisor’.

‘It may be as much as £200 per night of the offences occurring.

‘A member of staff, it might have been an undercover operation, was attempting to leave the car park and Mr Smith made false representations to him.

‘Clearly it’s a car park that’s expensive on the basis that it’s in central London.’ 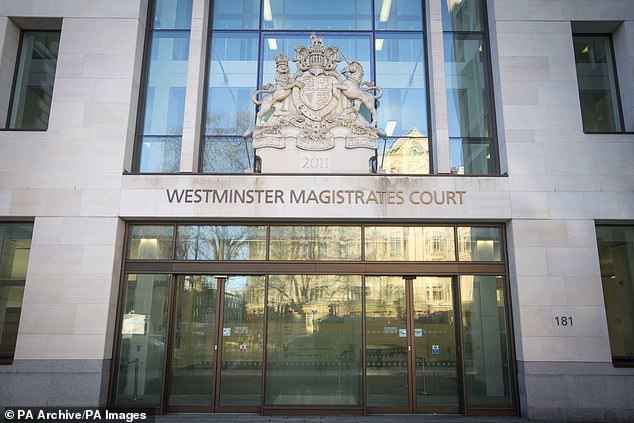 After drivers paid Smith half the price of the normal fee at the car park he forced open the barriers to let them out, Westminster Magistrates’ Court (pictured) heard

Alex Rynn, in mitigation for Smith, said: ‘I don’t think I can say this is a sophisticated offence.

‘This quite frankly is a man wearing a hi-vis jacket approaching people who put their ticket in the car.

‘Quite frankly, anyone would know if you are approached by someone, irrespective of his wearing a hi-vis jacket and offering half the rate and literally forcing up the barrier.

‘They certainly bare some culpability for getting themselves involved in this fraud. Perhaps if it could be looked at more carefully they could be asked why a man was able to do this.

‘The losers are of course the NCP.’

The court heard Smith, of no fixed abode, had 88 previous convictions including ones for fraud, criminal damage, shoplifting, racial abuse and obstructing police.

Mr Ryan said: ‘It’s a poor record – it’s a record of a man who is a classic drug user, one would imagine.’

He was given a week in jail for the criminal damage and another week consecutive for failing to surrender to his police bail for the offence on November 15 last year.

The District Judge said an arrest warrant would be issued after Smith refused to attend the hearing today despite being remanded in custody after pleading guilty to all charges on November 22.

No costs orders were made in lieu of the week he has spent in jail.

A spokesman for NCP said: ‘Following reports from customers who told us they had been approached in one of our car parks by a male who was acting suspiciously and claiming he worked for us, we immediately sent our internal security team to investigate on site.’

He added: ‘We are grateful that our in-house security team was able to gather relevant information to help the police resolve the situation, and to enable us to continue to run our car parks safe in the knowledge that our customers can approach uniformed staff and know that they are genuinely working for us.’

PETER OBORNE makes his (tongue in cheek) predictions for 2019