Home » World News » Honduran woman, 19, in migrant caravan scales border wall to give birth in US after 2,000-mile trip 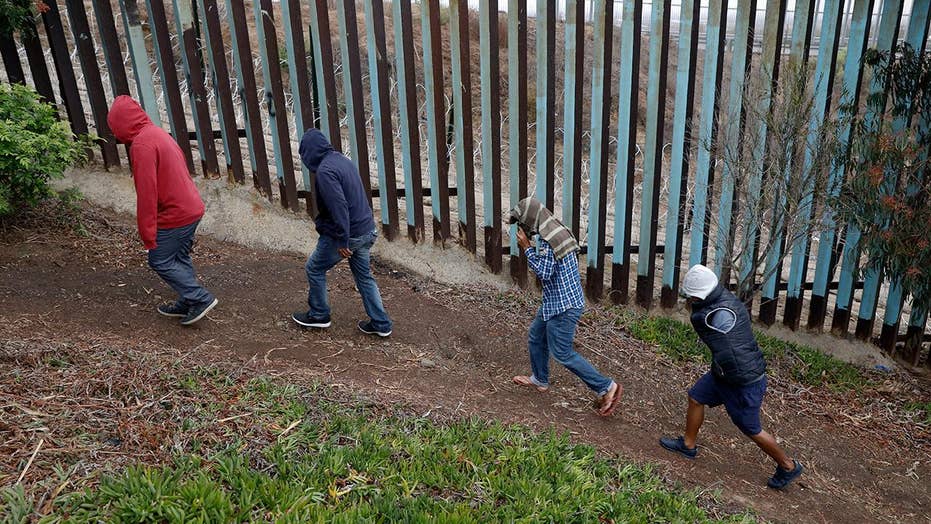 Honduran woman believed to be the first migrant caravan member to have a child in the U.S. after scaling the border wall with her family; CRTV host Michelle Malkin reacts.

SAN DIEGO, Calif. – A Honduran woman is believed to be the first member of the migrant caravan to have a child in the United States after scaling the border wall with her family and giving birth within 24 hours.

Maryury Elizabeth Serrano-Hernandez, 19, was more than seven months pregnant when she left Honduras, along with her husband Miguel Ortiz, 20, and their three-year-old son, travelling more than 2,000 miles.

Late last month, they finally made their way to Tijuana, Mexico, where thousands of other Central Americans had gathered, hoping to cross into the United States.

At the makeshift camp, Serrano-Hernandez and her husband say they feared for their safety after being surrounded by Mexicans who weren’t happy they were there. Scared and outnumbered, they decided to cross the border illegally. U.S. inspectors at the main border crossing in San Diego are processing up to about 100 asylum claims every day. Some desperate migrants are crossing the border illegally, avoiding the wait.

Calling the birth in the U.S. a "big reward" for her family's journey, Serrano-Hernandez told Univision, which documented parts of their journey: “With the faith in God, I always said my son will be born there (in America).”

After somehow climbing the border wall, Serrano-Hernandez and her family were met by three border patrol agents who demanded they return to Tijuana. The family refused and asked for asylum. They were taken to the Imperial Beach Station in San Diego County for processing.

As the events were unfolding however, Serrano-Hernandez could tell something wasn’t quite right.

“The day I came across, I felt a little pain, but I thought it will be because of my nerves,” she said. 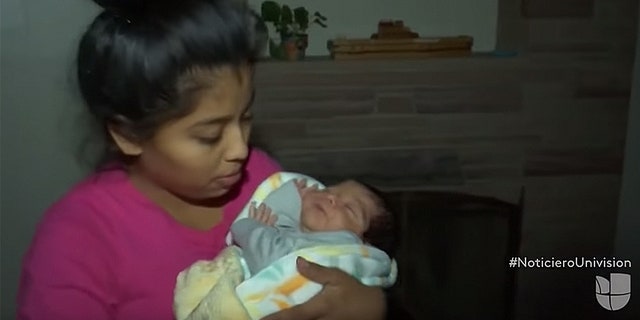 Calling the birth in the U.S. a "big reward" for her family’s journey, Serrano-Hernandez told Univision, which documented parts of their journey: “With the faith in God, I always said my son will be born there (in America).”
(Univision)

Serrano-Hernandez was in labor. Soon thereafter, she gave birth to a baby boy.

But it wasn’t all roses and rainbows after that.

Her husband claims immigration officials, who stood guard outside the hospital room, closed all the windows and tried placing handcuffs on the new mother moments after giving birth. They also inspected food brought in by nurses and monitored people entering and exiting the room. The nurses held a drive and gifted the family clothes, diapers and baby wipes but Ortiz says once his family returned to the San Diego detention center, their property was confiscated. 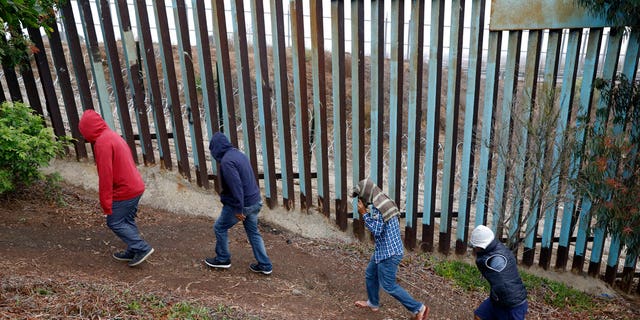 Border Patrol did not respond to specific inquiries Fox News made about whether agents took the items, nor did they respond to requests seeking data on the number of pregnant women making similar attempts to give birth on U.S. soil. Border Patrol did tell Fox News that the family was “placed into immigration proceedings and released on their own recognizance on December 2.”

They are now being housed by a family and hope to move on to Columbus, Ohio, where they have family and will continue their asylum application process.

President Trump has vowed to stop migrants from entering the U.S. He’s ramped up rhetoric about the types of people seeking asylum and claims many in the caravan are hardened criminals and ready to wreak havoc. He’s also sent thousands of troops to patrol the border.

The border mission was supposed to come to an end on Dec. 15, but on Tuesday, Defense Secretary James Mattis extended the deployments of active duty troops into early 2019.

Currently, there are about 5,600 troops stationed in Texas, Arizona and California. Some troops in California have been helping Border Patrol place concertina wire and construct concrete barriers at border crossing points – something Mattis indicated last week was close to completion.

The controversy at the border – and the administration’s response to it – has polarized much of the country. Last month, images of federal agents firing tear gas on hundreds of migrants created outrage with several high-ranking Democrats blaming the White House. Those complaints were tamped down after data from the Department of Homeland Security revealed that agents also used tear gas at the U.S.-Mexico border dozens of times during the Obama administration.