Hong Kong leader Carrie Lam has pleaded for an end to protests and blasted foreign interference after thousands called for Donald Trump to liberate their city over the weekend.

Protesters took to the streets again on Sunday, marching to the American consulate to call on Congress to pass a bill expressing support for the pro-democracy movement.

The proposed law could undermine Hong Kong’s special US trade privileges by mandating regular checks on whether authorities were respecting the Basic Law that underpins the city’s semi-autonomous status.

Lam said: ‘It’s extremely inappropriate for any country to interfere in Hong Kong’s affairs … I hope that no more people in Hong Kong actively reach out to tell the United States to pass the act.’ 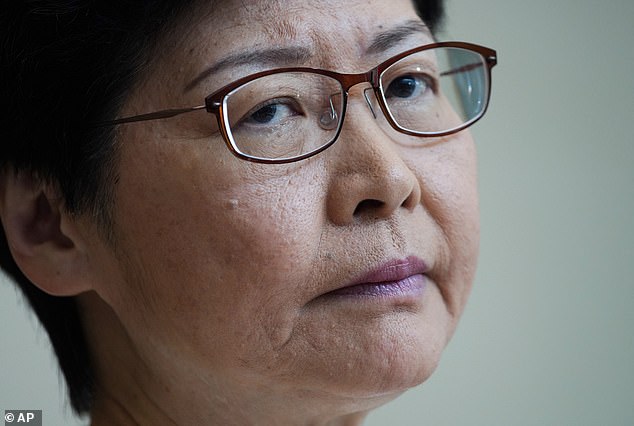 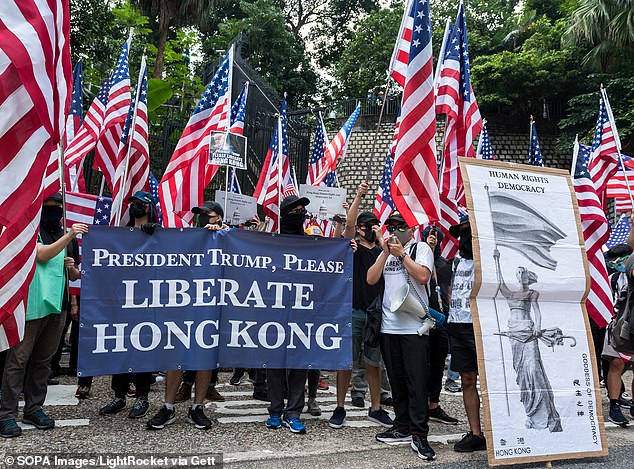 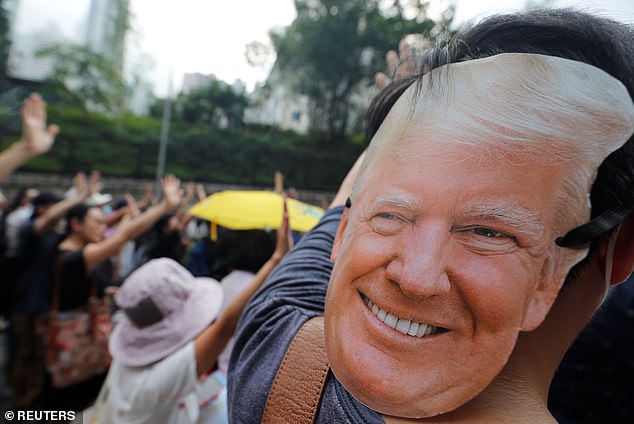 A protester wears a mask of U.S. President Donald Trump during a march to the Consulate General of the United States in Hong Kong on Sunday

She added that any change to its economic relationship with Washington would threaten ‘mutual benefits’.

The government last week promised to axe an extradition bill that sparked three months of demonstrations but failed to placate protesters, whose demands also include democratic reforms and police accountability.

While some American politicians on both sides of the aisle have expressed support for the democratic goals of the protesters, Trump’s administration has maintained a more hands-off approach while it fights a trade war with China. 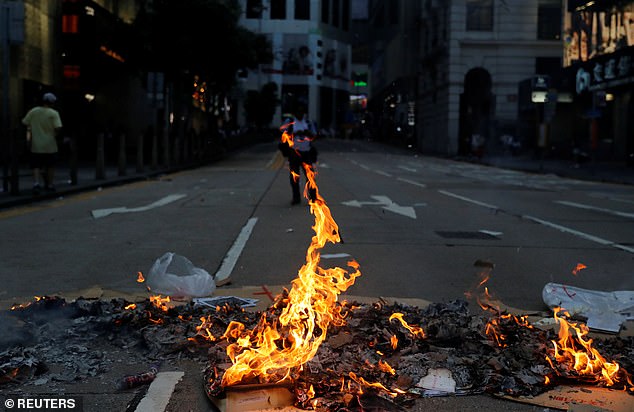 Trump has called for a peaceful resolution to the political crisis and urged Beijing to not escalate with a violent crackdown.

But he has also said it is up to China to handle the protests.

Washington has rejected Beijing’s allegations that it is backing the demonstrators and China has provided little evidence to back its claims beyond supportive statements from some US politicians.

Separately, more than 150 British politicians have called on Foreign Secretary Dominic Raab to offer second citizenship and the right of abode to residents of Hong Kong.

That would ‘send a strong message to China that the people of Hong Kong are not alone’, the open letter said.

Hong Kong’s protests were lit by a plan to allow extraditions to the authoritarian mainland, seen by opponents as the latest move by China to chip away at the city’s unique freedoms. 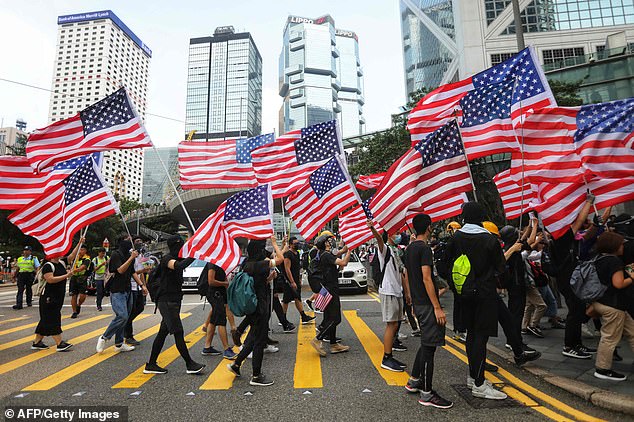 Hundreds of protesters in Hong Kong marched to the US Consulate on Sunday to drum up international support, calling on President Donald Trump to liberate the city 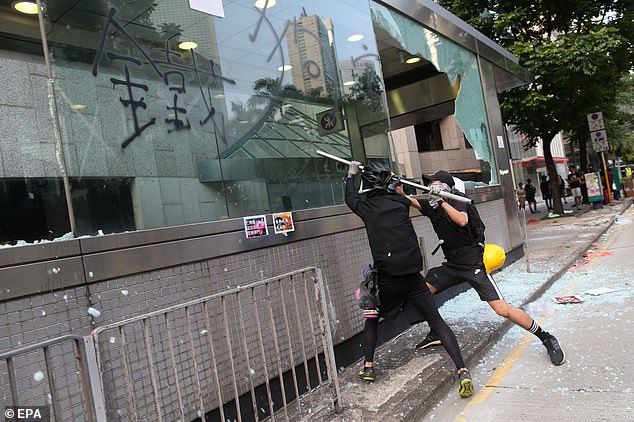 After Beijing and city leaders took a hard line, the movement snowballed into a broader campaign calling for greater democracy, police accountability and an amnesty for those arrested.

The protests show no signs of abating, and Lam has struck an uncompromising tone for much of the last three months.

In what has become a familiar pattern, Sunday’s main daytime rally to the US consulate passed off peacefully.

But as evening set in, riot police chased groups of hardcore protesters who blocked roads and set barricades on fire. 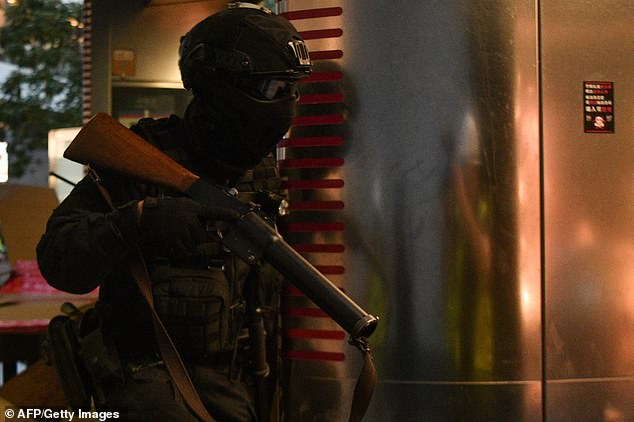 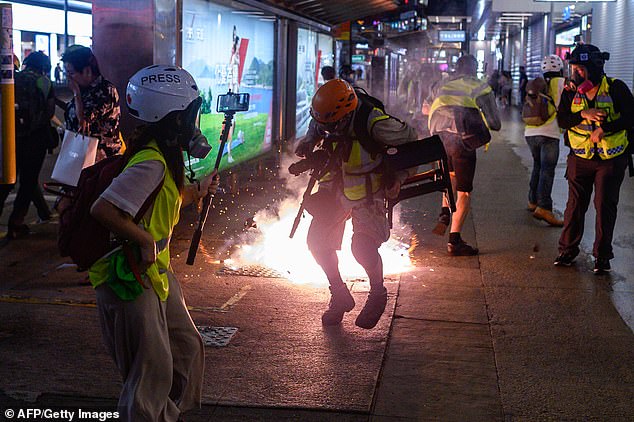 Lam once again denounced demonstrators during her Tuesday press conference.

‘The crazy destruction made at MTR stations shows that protesters have acted beyond expressing their views on the extradition law and other demands,’ she said, using the name of the firm that runs the city’s underground rail service.

‘The escalating and continuous violence cannot solve the problems we face in Hong Kong.’

Who is Suzanne Morphew and when did she go missing?