HORRIFYING pictures showing a mangled pram have emerged from the scene where a mum and her baby were mowed down by a driver who smashed them into a glass window.

One image shows the pram smashed to pieces on the ground and where the35-year-old woman was flung into the shopfront. 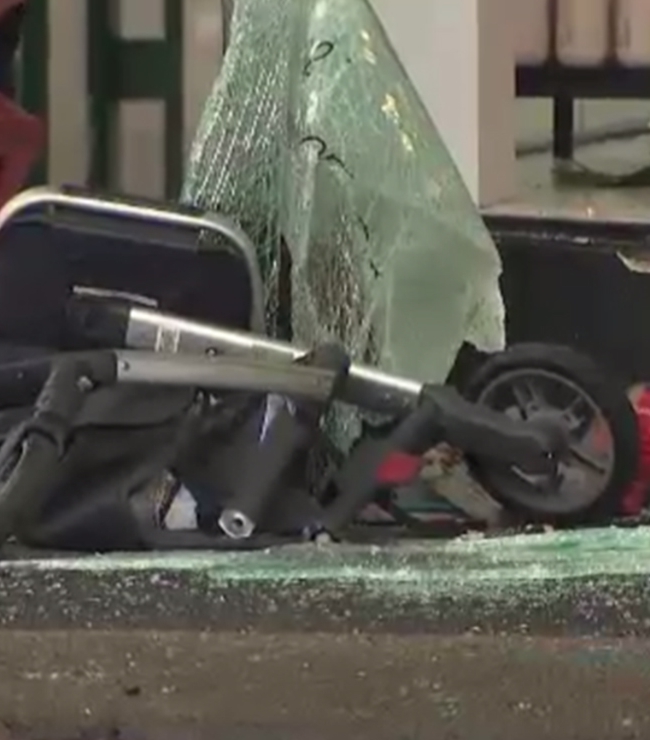 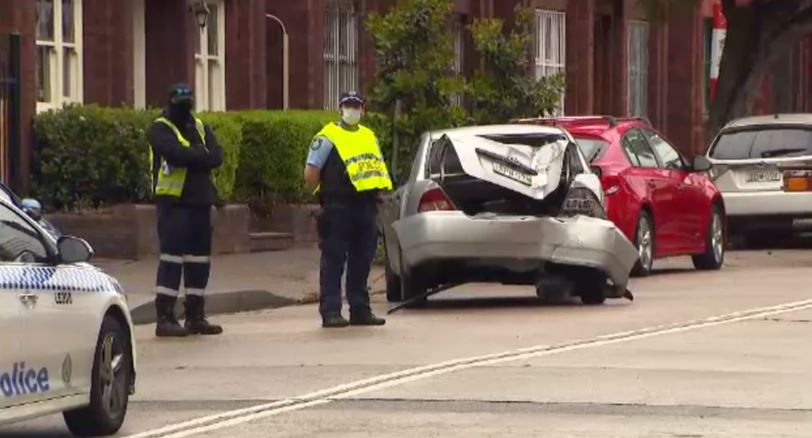 Another showed cops confiscating the silver Toyota Corolla involved in the incident.

The woman was run over when a car careened onto the footpath on Parramatta Road, Sydney, on Sunday afternoon, and rammed into her and her 19-month-old bub, cops said.

The Sydneysider was hurled into a glass shopfront upon impact, which smashed to pieces.

She was taken to hospital with serious leg injuries and remains in a serious but stable condition.

An 18-year-old driver was taken to hospital for mandatory testing by police while the woman was rushed to Royal Prince Alfred hospital for emergency surgery.

Witness Jean Pierre Gonzales said it was a "miracle" the child wasn't injured in the crash.

"How that baby remained without literally a scratch, and that pram was absolutely in pieces, is a miracle of God," he told 7News.

Another witness said the mum had been "pushed through the glass and into the store" along Parramatta Road, a busy street in the inner Sydney suburb of Leichardt. 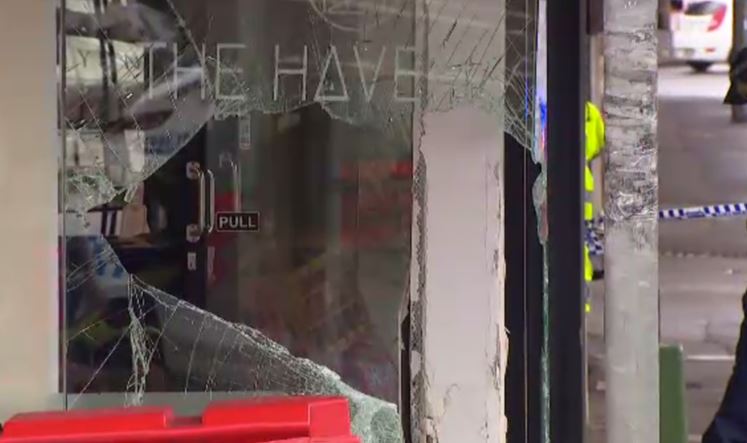 Collingwood housing plan off the table after Yarra stoush