It looked like an ordinary USB stick, the type found in office drawers all over the country. But what an Australian Federal Police technician found on it led to the rescue of 56 children and 11 animals, the arrest of 26 men and 154 referrals to international police in what was the nation’s biggest child abuse bust.

“It’s gut-wrenching stuff, the whole of the material for Operation Arkstone is definitely the worst that I’ve seen and on the most extreme end. It is just the worst of the worst,” acting Sergeant Scott Veltmeyer said. 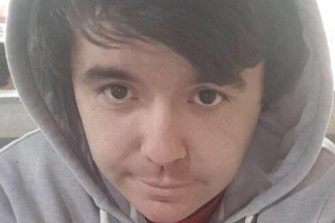 Grant Harden will remain in prison until at least 2042.Credit:Facebook

In February 2020, Operation Arkstone investigators arrived at the Central Coast home of Justin Radford, 30, courtesy of a tip from the United States’ National Centre for Missing and Exploited Children.

It was there they found the USB that would ultimately lead them to an online network of child abusers that spanned the globe.

“We had to delve deeper into his files. A digital forensic specialist could find hidden files and vault applications that revealed this online network that operated locally, nationally and overseas,” Veltmeyer said. 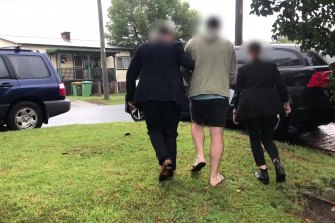 The USB uncovered a horrifying interconnected web of child abusers who would take videos and photographs of themselves sexually abusing children, then swap the content with other paedophiles on commonly used social media platforms including Snapchat, Kik and TikTok.

None of these men knew one another in real life; rather, police interviews reveal they would begin discussing child abuse with strangers on social media. 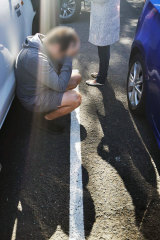 Beyond exchanging videos, the websites had a chat function.

“There were group chats of up to 50 people who were able to discuss horrendous crimes. What they wanted to or had done to children, images of bestiality and self-produced child abuse material,” Veltmeyer said.

“28 pervy dad wanting to chat with under 14, Only add if you’re with a boy,” read one of his online solicitations for more child abuse material.

Harden came to the police’s attention on May 7, 2020; investigators worked through the night to arrest him the next day.

“It was a race to find him, we knew he was doing horrendous stuff to the children in his care.”

Harden will remain behind bars until at least 2042.

Other men caught up in the sting include Mid North Coast childcare worker Timothy Doyle, 27, who has pleaded guilty to a raft of charges including sexual intercourse with a person over 14 and under 16 and awaits sentencing.

His partner, 22-year-old Steven Garrad, pleaded guilty earlier this year to more than a dozen charges including sexual intercourse with a child under 10.

Paedophile rings are the focus of the AFP, who warn that child abusers come in many forms.

“It’s no longer the old school days where we have to look out for the man in the trench coat. These offenders are aged 20 to 48, childcare workers, volunteers, soccer coaches, teachers, chefs. It’s your everyday person.”