More than 13 months ago, the National Disability Insurance Agency (NDIA) slashed Maddison Stevens’ funding by 69 per cent. It gave no particular reason for the sudden decimation of her services – apparently an algorithm somewhere said her supports were no longer not “reasonable or necessary”.

Maddison is my 21-year-old daughter. 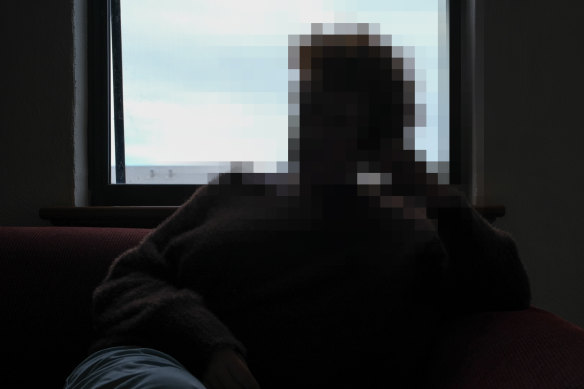 The NDIA cut off this family’s support, then put them through a brutal legal fight to get it back.

She was born with a major part of her brain missing; a reasonably rare condition known as agenesis of the corpus callosum. She has trouble with co-ordination and fine motor skills, has a heart condition and significant spinal curve, has violent meltdowns, suicidal thoughts, self-harm and obsessive-compulsive tendencies and these are just some of her social, physical and behavioural issues.

I am Maddison’s carer and sole parent. With the retraction of funding, she lost her support workers except for three hours a week (down from about 17 hours). She lost critical services like her behaviour support team, and this resulted in her losing her job which she held for more than five years. She lost her services co-ordinator; the professional pivotal in connecting her to supports. But most importantly perhaps, her path to living an independent life was abruptly cut and her progress set back more than a year at a critical time in her life.

And the fallout continued. With no respite from each other, our relationship deteriorated to a point I can’t even begin to describe. There were moments where, in desperation, I thought about dropping her at the police station or hospital and explaining to them that I simply couldn’t go on caring for her. Or finding sweet relief by walking into the ocean myself and not coming back.

I am deeply indebted to the Carers WA counsellor who talked me through these times of absolute despair.

The NDIA rejected our request for it to reconsider its decision and simply repeated its refusal in a letter to Maddison written in unintelligible legalese.

It left us no choice but to appeal to the Administrative Appeals Tribunal, the body that conducts independent reviews of decisions made under Commonwealth law.

The agency responded by appointing a state solicitor to defend itself: a highly educated legal professional opposing Maddison, a young woman missing part of her brain who had loved her part-time job in customer service.

Can you see the disparity here?

We were not alone. It is estimated that in March 2022 there were more than 4260 similar cases open in the tribunal. The number had quadrupled in the first ten months of the year. 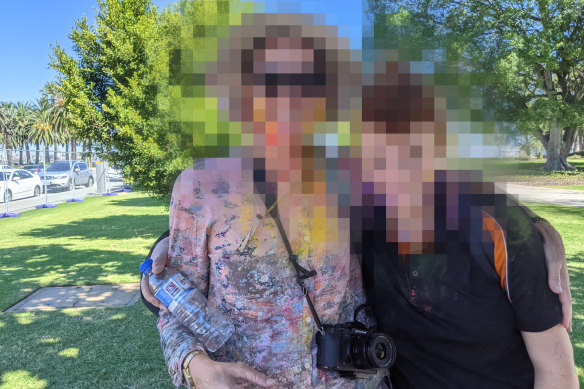 I describe the fight to win back Maddison’s support as torture.

In the same period, January to October 2022, the NDIA spent a staggering $40 million in legal expenses and would well outstrip its previous year’s spending (2020-2021) when its total spend on external and in-house lawyers was $29.3 million.

That’s my money and your money. Taxpayers’ money fighting the most vulnerable in our society, often young people who can’t walk or talk or see or speak.

The cost to restore not just Maddison’s funding to what was “reasonable and adequate” but restore funding for all those people with disabilities before the tribunal, is a pittance in comparison to what the NDIA has spent in legal fees fighting us.

In the early part of our action, the tribunal warned me it would be a slow process; it had at that time (early in 2022) a staggering 400 per cent increase in cases because of NDIA cuts and the system was buckling under the weight.

It wasn’t the only one. Legal Aid set up a specialist NDIA appeals team in its civil law division to help people like Maddison – disability pensioners whose funding had been demolished. Ironically, Legal Aid too was so overwhelmed it couldn’t take on any more cases and Maddison’s was rejected. It was a similar situation with two law firms that offered pro bono representation in cases where the respondent was the NDIA.

We were very fortunate that a Legal Aid lawyer, though unable to represent Maddison, agreed to guide me in the preparation of evidence and in negotiations and for this we are also eternally grateful.

Backed by her advice and the support of a Uniting WA disability advocate, I went back and forth with the NDIA’s solicitor for most of 2022, and this was interspersed with hearings where I was opposed by the solicitor and talks were mediated by an AAT registrar. I supplied dozens of financial quotes for services and reports from health professionals like psychologists, psychiatrists and physiotherapists. I provided detailed schedules of how Maddison spent every hour of her day and documented every task she undertook and how much assistance she required to do it, from brushing her teeth to doing up her buttons.

For its part, the agency searched for loopholes, pounced on them and attempted to capitalise.

The NDIA asked for not one but two occupational therapy reports despite Maddison’s (prepared by an independent OT) being less than a year old. When I declined their request to supply a third – a brand new one that would take months – the agency threatened to order it be done regardless. 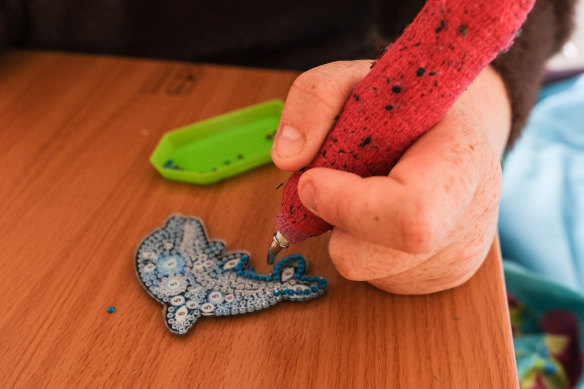 Maddison loves “diamond art”, which breaks images down into patterns for colouring. It works as therapy, helping improve her fine motor skills and calm her anxiety.

While I calmly told the solicitor I felt this was very heavy-handed, inside I was struggling to contain my rage. How did we get to this place as a society, where the agency “supporting a better life” for people with disabilities, threatens to order a vulnerable young woman to undergo testing that is completely unnecessary in the hope it can save itself a couple of thousand dollars on her plan, while spending tens of millions on lawyers?

Each time the NDIA rejected our evidence and request for adequate supports was like a punch in the stomach. At times it looked so hopeless, the way forward so painful, I thought I’d have to just give up. But I couldn’t. I knew they just wanted us to go away but to accept what the agency was offering would ruin both our lives.

Gradually, painstakingly slowly, the NDIA drip-fed us back some of the supports we asked for. A stair rail here, reinstating behaviour supports there – though too late to save Maddison’s job. However, on the most critical to us, support on a one-to-one ratio, it wouldn’t budge.

It made sense when I researched further because I found we fell into the group that experts describe as “hardest hit” by the Morrison government’s NDIS slash-and-burn; those with high support needs who can’t live in group homes. 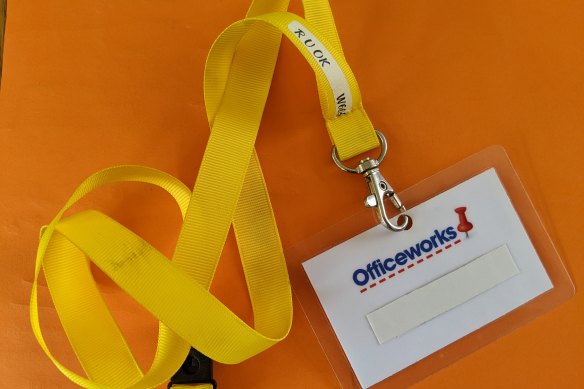 Maddison had worked at Officeworks for five years, but could no longer manage it when her support was withdrawn.

I have fought her whole life for Maddison to live independently and not in institutionalised care where she’d simply wither. It not only goes against contemporary models of how people with disabilities should live but would be soul-destroying for her and for me. However, it was clear the NDIA was intent on corralling her into a group home that is not suitable for her now and may never be.

In early November we had our day in “court” at a conciliation hearing in the tribunal and we won. At that meeting we clawed back more of her services with the help of our team of advocates and supporters who, like me, spent hours gathering evidence and writing reports.

We can feel the weight lifting.

I am so proud of Maddison and the way she conducted herself at the hearing and supported me to present her case. We’ve been told we are the last of a flood of similar cases in the tribunal, where the previous government’s decimation of the agency forced people with disabilities down this torturous path.

It may not be illegal, but immoral, unethical it most certainly is.

Here we are, after 13 months, granted by an incompetent NDIA what we needed and had in the first place – reasonable and necessary supports. What a waste of time and money at enormous personal cost to both Maddison and to me.

We are among the last, but we are not the last. There are still people going into the tribunal now.

I want to tell them there is a light at the end of the tunnel.

And to tell our political representatives to learn from this terrible mistake, and never, ever let it happen again.

The names of the author and her daughter have been changed as they fear repercussions for speaking out.

Man vs Chimp: One in 10 Britons think they could win fight with monkey