THIS is how Denver International Airport became a conspiracy hub with claims of alien meetings in tunnels and artwork that predicts the apocalypse.

According to Fly Denver, rumors and theories have swirled around the international airport in Denver, Colorado, since it opened up in 1995. 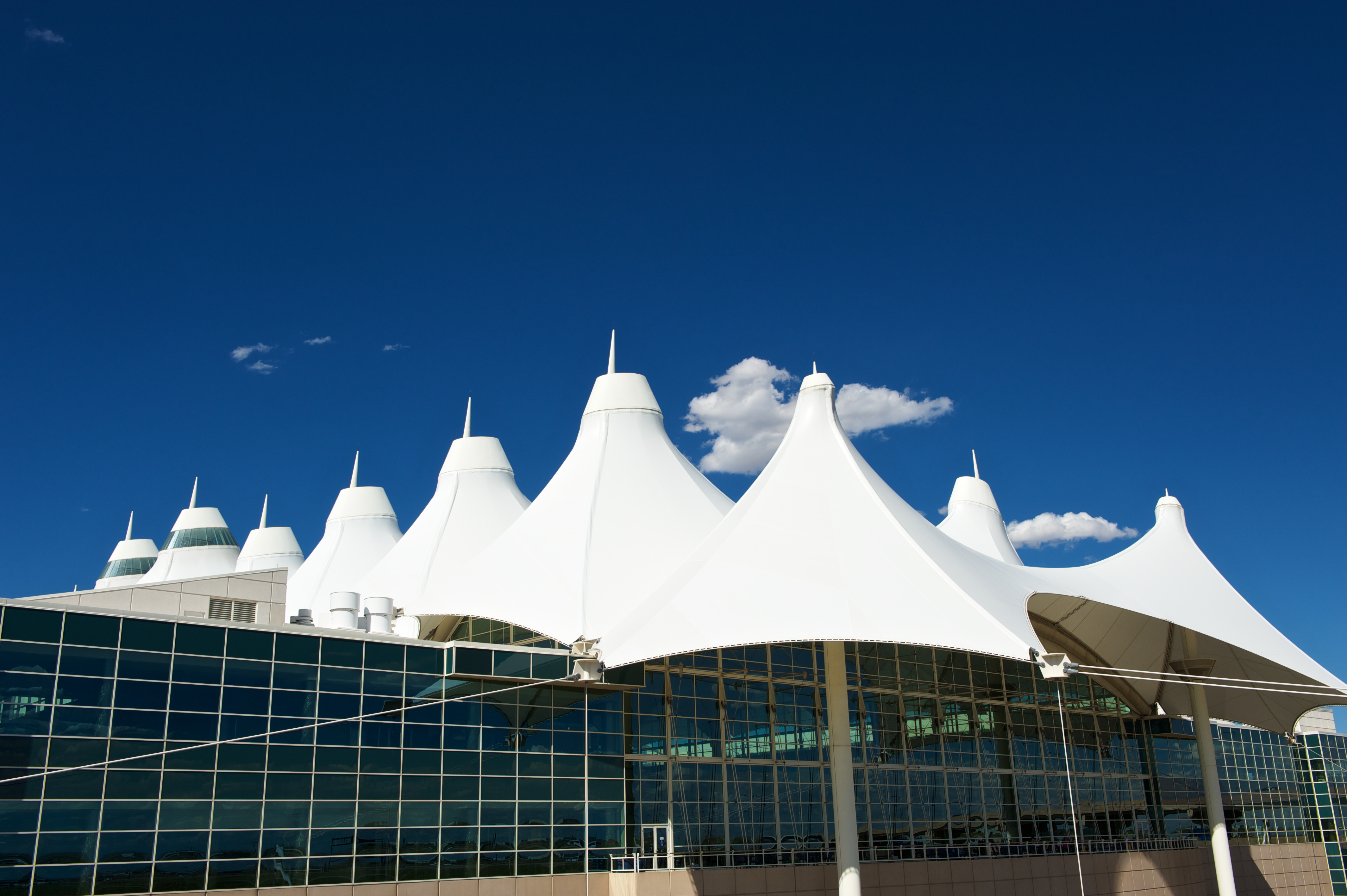 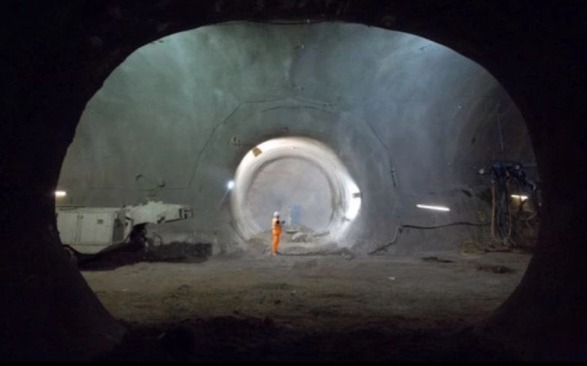 Some conspiracists believe The New World Order and aliens built the airport, secret messages are written on the floor, and the airport has extraterrestrial map coordinates.

The airport's website explains: "Our underground tunnels lead to secret meeting facilities for the world’s elite.

"Our blue horse is thought to be cursed. Some believe we are connected to the New World Order and the Freemasons.

"Some even say we’re home to a colony of lizard people."

Some suspect The New World Order and alien executives have conference meetings below the airport.

Fly Denver explains that is not the case, but in reality, there's "a world (of underground tunnels) beneath you with luggage carts and golf carts zipping around while the train to the gates runs parallel."

Ray Quinn unrecognisable after quitting fame to be a carpet fitter

Santander accidentally pays out £130MILLION to thousands on Xmas Day

"And with the commotion of about 1,000 people working down below comes some serious traffic. Yield to the aliens," the website adds.

There is also a conspiracy theory that Denver has extraterrestrial map coordinates.

But Fly Denver reveals those exact coordinates are located 51 miles
northwest of the international airport.

Referring to Spielberg's movie, the website explains: "Though this 1977 blockbuster hit is a timeless classic, it doesn’t quite predict the future, or land you at DEN.

And conspiracy theorists believe the tunnel is an escape route to survival bunkers.

However, Fly Denver says the tunnels do not exist, and "the hardened command and control center that was built as a defense against long-range Soviet bombers during the height of the Cold War," is not open to the public.

Another theory suggests the gargoyles at the airport are "evil and point to all indications of a 'New World Order.'

But the airport insists the gargoyles mean no harm.

They instead, "sit atop buildings to protect the site," Fly Denver explains.

Additionally, a big blue horse sculpture named Mustang — and referred to as "Blucifer" by conspiracy theorists — is also located in the airport.

The controversial horse sculpture is believed to be cursed as it once fell on artist Luis Jiménez, resulting in his 2006 death.

The horse's red eyes were made as a tribute to the artist, Fly Denver notes.

There's also an inscription "Au Ag" on the floor of the airport's Great Hall which a conspiracy claims is the abbreviation for Australia Antigen.

The deadly toxin Australia Antigen is the "Illuminati’s secret weapon to accomplish the genocide," according to the conspiracy.

However, Fly Denver debunks this conspiracy by explaining:

"Au and Ag are the atomic symbols for gold and silver, representing
Colorado’s mining history.

"This inscription is just part of a much larger piece, a traditional Native American design.

"Created with a grid similar to those used to create cubist and constructivist paintings, the river pattern emerging from the wings of the piece suggests the four rivers of Colorado’s Great Divide, while bronze pictographs embedded in the Terrazzo tell the history of the state."

The Sun reached out to Denver Aiport for comment but did not receive an immediate response.

The airport was even rated among the top six best conspiracy theory sites by MyBaggage.com.

Denver International Airport — which is located approximately 20 miles from the closest city in Colorado — is the last stop on MyBaggage.com's "US Conspiracies Trail."

The luggage shipping company points out the top 15 locations connected to bizarre sightings, unsolved murders and curses across the US.

A spokesperson from MyBaggage said: "Some of us believe, some of us are just interested, but one thing’s for sure – we all love a good conspiracy theory.

"There are actually evolutionary origins that are hardwired into humankind, as we try to understand, decipher and find meaning around events that occur around us."

Earlier this month, Denver International Airport fell victim to a security breach that completely stopped all trains as passengers were reportedly "held on planes and gates shut down."

Between Monday, December 20, 2021, and January 3, 2022, around 2.7million passengers are expected to pass through the Denver International Airport, according to the Denver Post. 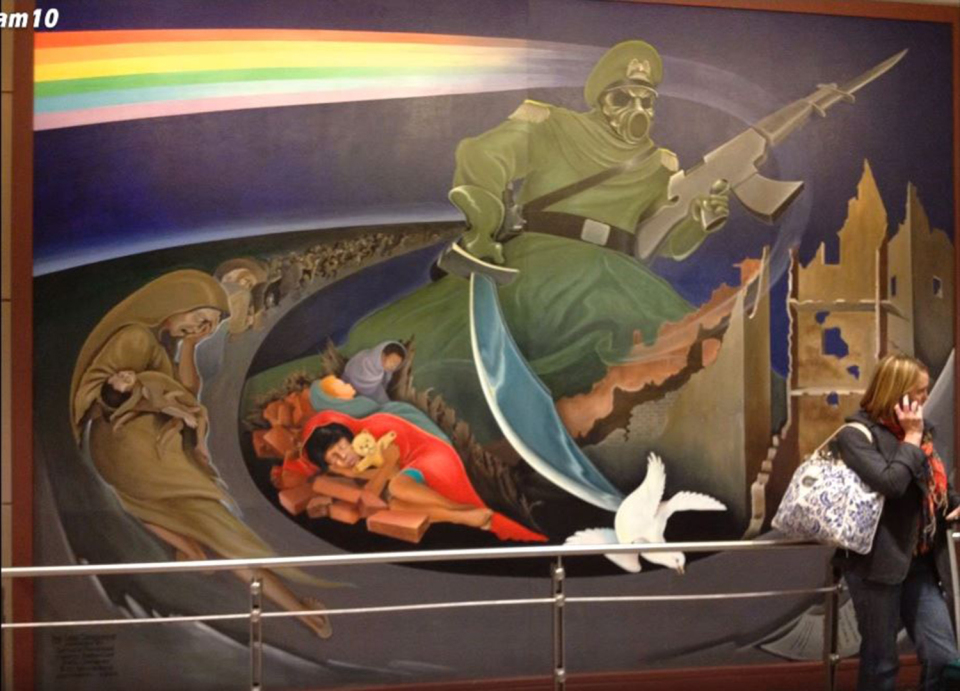 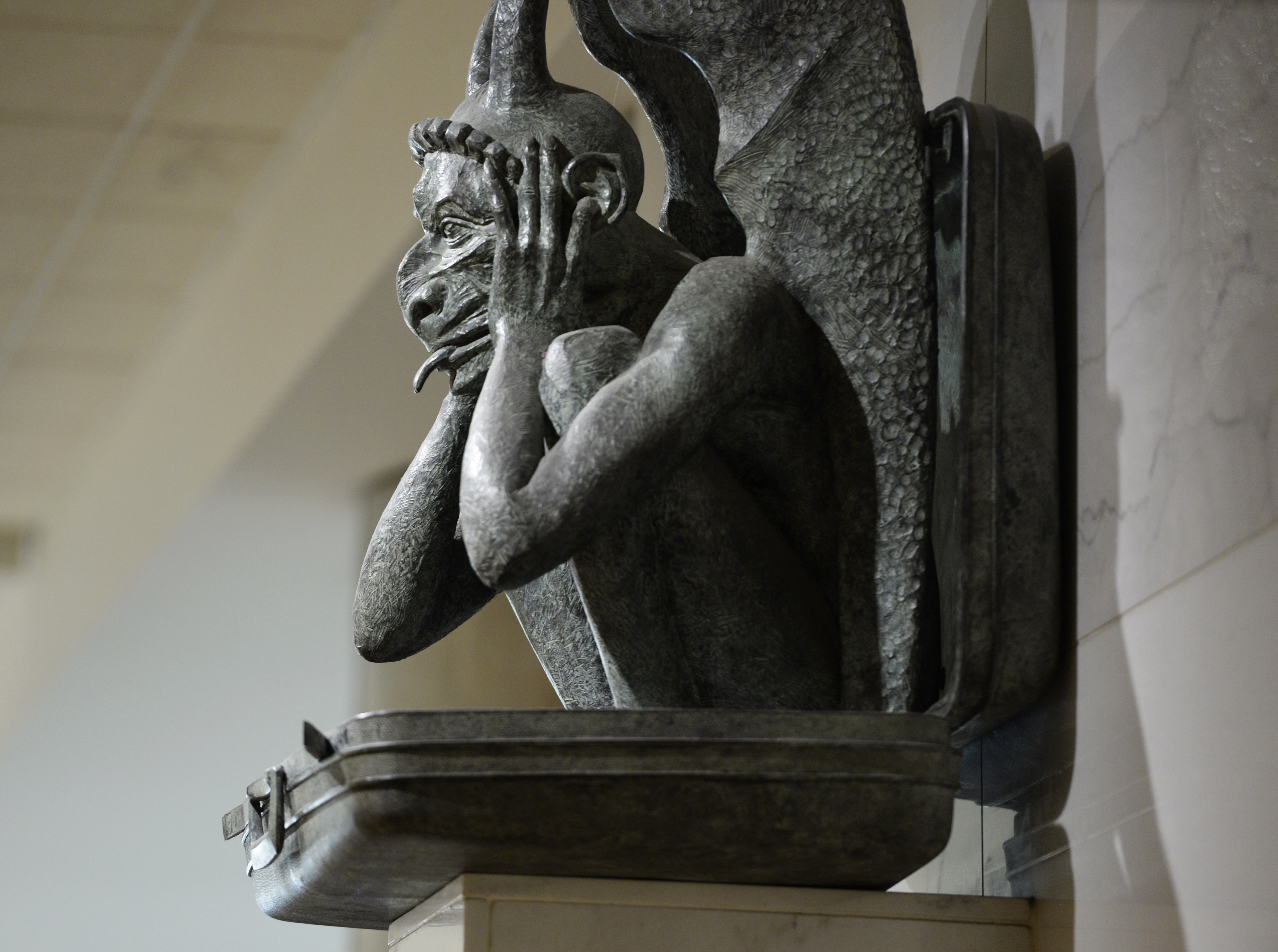 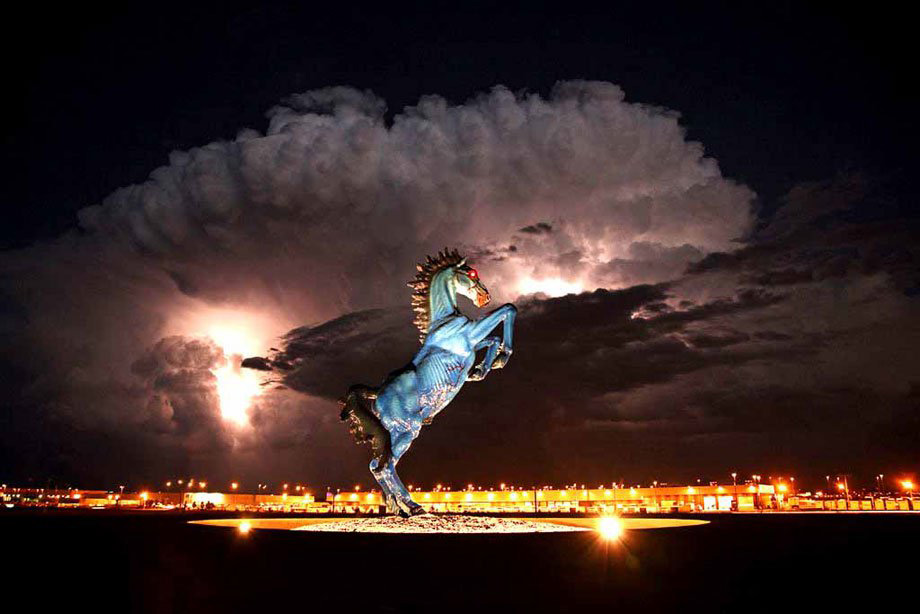 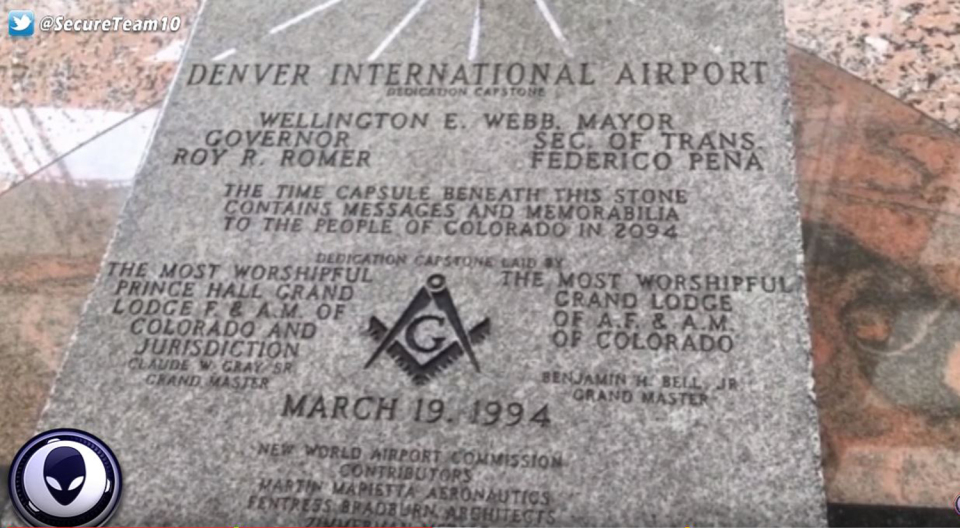 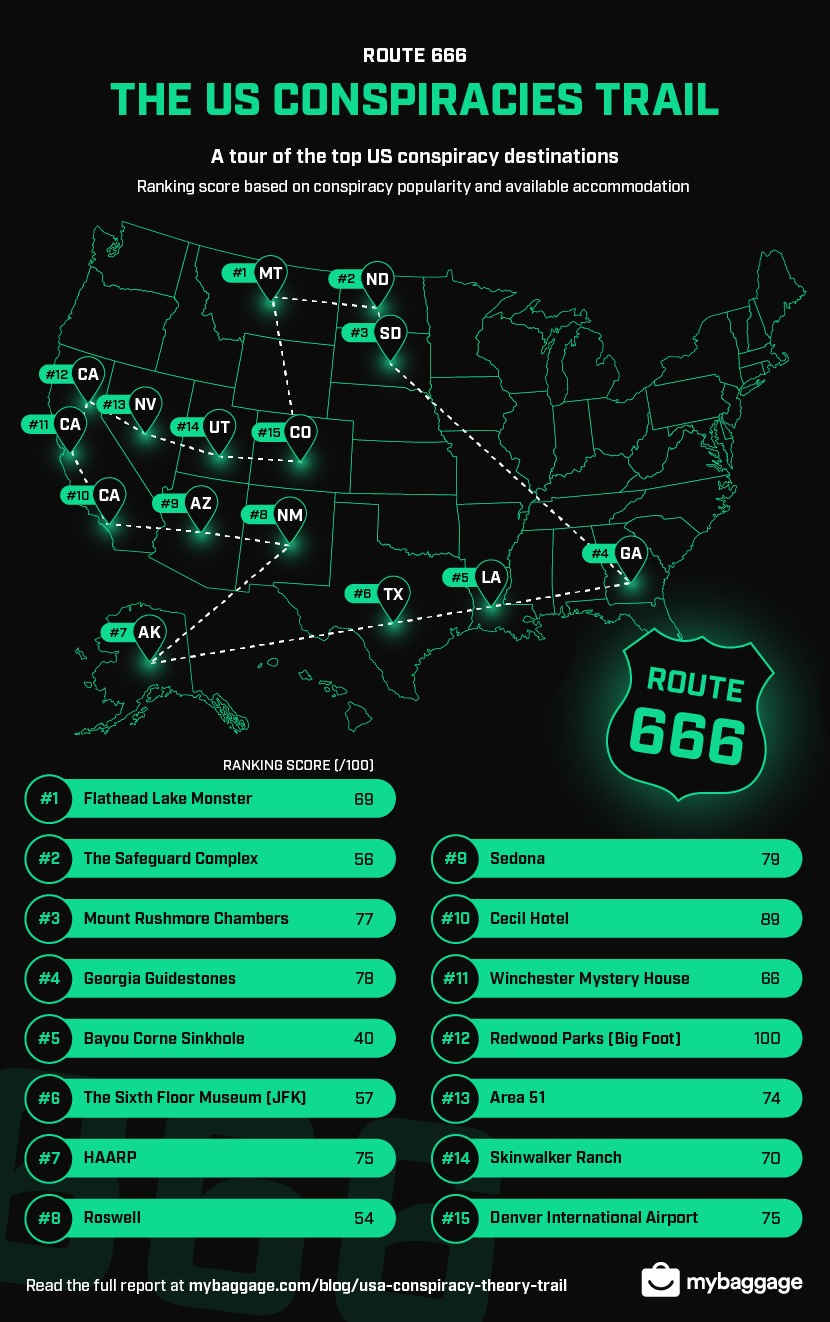 Brits forget more than ONE THOUSAND things each year – including phone numbers, birthdays and where they parked the car | The Sun

While You Were Sleeping: 5 stories you might have missed, Jan 30