THE web of lies spun by suicide bomber Emad Al-Swealmeen was first exposed just days after he arrived in Britain seven years ago, the Sun on Sunday can reveal.

Damning documents today show how a single frontline immigration officer confronted the fanatic in a forensic asylum interview in May 2014. 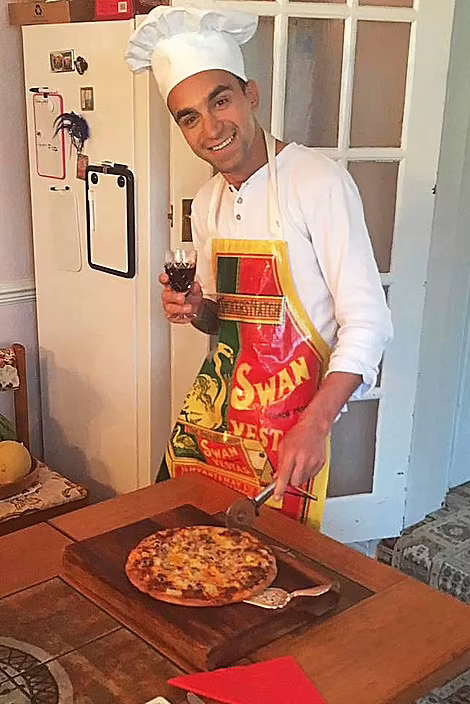 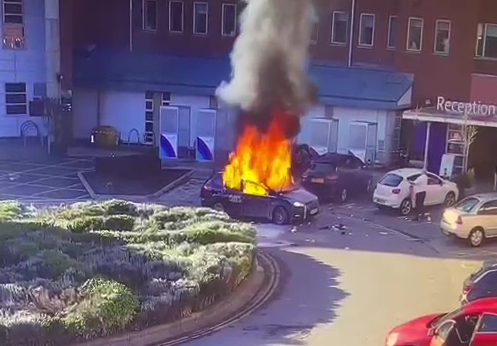 But despite ADMITTING using a fake Jordanian passport and visa to enter the UK and having his claim rejected the following year, Al-Swealmeen was still here almost a decade later.

And following in the footsteps of other terrorists, the Liverpool Poppy Day plotter was able to game the immigration system with terrifying ease before building his bedsit bomb.

After a taxi carrying Al-Swealmeen pulled up outside Liverpool Women’s Hospital on Remembrance Sunday, his device accidentally detonated, killing him and injuring the driver David Perry.

Counter-terrorism cops and MI5 are investigating a theory that he may have invented an emergency dash to the hospital in order to get closer to a Service of Remembrance at the nearby Liverpool Cathedral, where he converted from Islam to Christianity in 2017.

A source told the Daily Telegraph: “Swealmeen didn’t book the taxi the night before and when he got in, he asked to be taken quickly to the hospital. He might have deliberately gone somewhere near the cathedral.”

Today we can reveal astonishing details of Al-Swealmeen’s “asylum screening interview” at a Home Office building in Croydon, South London.

The 35-page dossier reveals how the bomber concocted a sob story, claiming he was from war-torn Syria in a bid to win asylum.

Citing “psychological problems”, he insisted he would face death if he was not granted refugee status — despite having family in the stable United Arab Emirates.

Al-Swealmeen, then 25, had flown into London from the UAE on fake documents just days before his grilling.

At the asylum interview, he was given an Arabic translator and asked to declare he would answer all questions “fully and truthfully”.

The fanatic — whose relatives have now confirmed he was born in Iraq — told the official he was born in Syria and had lived there until he was ten. But he then claimed he had moved to the UAE in 1999, before opting to return to Syria in September 2013.

His answers quickly sparked suspicion from the man interviewing him, who asked why anyone would choose to return to a country ravaged by civil war.

By then Syria was facing the rise of the ruthless Islamic State regime. Yet Al-Swealmeen insisted he “had to go and see” his parents in Deir ez-Zor, one of the fiercest fighting hotspots, claiming he had not heard from them for a month.

Quizzed about his journey, Al-Swealmeen said he had caught a bus from the UAE to the Jordanian border with Syria at Nassib, a 23-hour journey of 1,457 miles.

After that, he said he caught another bus north to Deir ez-Zor, which took “seven to eight hours” including two one-hour stops.

Even with no traffic, and travelling at a constant 60mph, the 352-mile trip would take six hours.

And sensing Al-Swealmeen was lying, the official asked: “That seems quite quick for such a long journey through a country involved in a civil war. Are you quite sure?”

As the interview continued, Al-Swealmeen claimed he had spent three months in the centre of Deir ez-Zor, despite the city being shelled to smithereens.

At the time, international observers noted it had been “largely destroyed”. Most of Deir ez-Zor’s population had fled “after being hammered for months by artillery shells, rockets and bombs”.

And the “humanitarian toll” was “horrendous” with outbreaks of polio. But incredibly, Al-Swealmeen claimed he still stayed at the family home for three months, surviving by eating food they had “saved”.

He said his relatives had “praise God” managed to avoid bombardments by being “away” at critical times, adding: “Sometimes they had to go to their grandparents’ home to be safe.”

I had two options — stay and die or use the passport and escape.

And, as if primed by the people-smuggling gang that had provided his fake documents, he managed to name local restaurants, mosques, streets, bridges and neighbourhoods.

Yet by contrast, Al-Swealmeen could not tell his interrogator which regime was in control of the city when he was there.

Asked why he chose to stay despite the dangers, the bomber claimed he had wanted to leave with his family.

When they did not have enough money, he paid an “agent” to help smuggle him out of the country in a car in December 2013.

From there he went to Jordan then on to the UAE again. The dubious officer asked Al-Swealmeen: “You’ve been in the UAE since you were ten. Why not stay there after you left Syria on this occasion?” He replied: “I wanted to see if I could help my family to leave.”

Pressed further, the fanatic then claimed he had only travelled on to the UK because the same people-smuggler had been paid by his dad to “take me to a European country”.

He then insisted his documents were destroyed, saying that also meant he could not stay there for fear of persecution. The officer told him: “You have an aunt in the UAE so that’s not true, is it?”

Al-Swealmeen said: “I’m older. I couldn’t stay with them forever.”

The investigator wryly noted he had spent three months in Syria “without any major difficulty,” before asking: “Why do you believe you’d die if you returned?” Al-Swealmeen replied: “Death could happen at any time.”

But the bomber began to falter as he was grilled over how he had finally got into the UK.

Challenged over his Jordanian passport and UK visa, Al-Swealmeen tried to claim he had no idea if they were real or forged.

Seconds later, asked if he was entitled to Jordanian nationality, he replied: “No.”

The officer told him: “So therefore you must have known the Jordanian passport was illegal?”

Al-Swealmeen claimed he had “no other option”. The officer replied: “So you admit to knowingly using deception to obtain a visa to enter the UK?”

Al-Swealmeen answered: “No, I didn’t have any knowledge.”

In increasingly tetchy exchanges, the officer told him to stop “blaming the agent” and answer the question. Finally Al-Swealmeen admitted he had entered on an illegally obtained Jordanian passport.

The investigator issued him with a formal “credibility warning”, before Al-Swealmeen replied: “I had two options — stay and die or use the passport and escape.”

The officer replied: “That’s not strictly true. At the time of the visa application you were not in Syria — you were in the UAE. So it’s not a question of ‘stay and die’ as you’d left Syria.”

The officer added: “You lied and used deception to enter the UK. Why should I believe you are from Syria?” Al-Swealmeen replied: “I don’t know how to answer.”

After the Home Office rejected Al-Swealmeen’s asylum application in 2015, it is believed he was refused leave to appeal in 2017.

A further attempt at claiming asylum was made under the name Enzo Almeni, an alias used by Al-Swealmeen because he liked the racing driver and founder of Ferrari.

At one point his accommodation was withdrawn by the Home Office and he resorted to sleeping in a flat above the pizza shop in Sefton, Merseyside, where he worked.

We are fixing the broken asylum system.

A Home Office spokesperson said: “We are fixing the broken asylum system.

"The New Plan for Immigration includes a ‘one-stop’ process where asylum and human rights claims are made and considered together, ahead of any appeal, enabling the quicker removal of those with no right to be in the UK.

“The Home Office is urgently looking into how these sensitive documents relevant to an ongoing criminal investigation have been made public.”

PRAY TO STAY IN BRITAIN

SEVERAL asylum seekers have used Christianity conversion as part of a “Pray to Stay” bid to win their cases in the past few months, we can reveal.

Top judges have given four applicants the green light to remain in Britain – as major concerns were raised after Poppy Day bomber Emad Al-Swealmeen claimed he had found the Christian God.

The Church of England hit back at suggestions this week that some applicants are gaming the system in an effort to stay in the country. But court documents show a string of cases including a Chinese Buddhist, who switched religions to Christianity, were granted asylum last month.

The woman revealed she attended church every Sunday and a Bible study group as part of her effort to remain in the UK. One Iranian Muslim was given a glowing reference by Reverend Hough at Stockport Baptish Church when making their asylum claim.

The judges agreed that the minimum six months’ attendance and engagement in the services was taken into account. The judges rejected claims the move to Christianity was nothing more than a ploy.

However, an Iraqi Muslim who claimed to have converted to Christianity won his asylum case, although an early court ruling rejected his claims to have changed religion.

Ben Ryan, the Church of England’s Home Affairs Adviser, said this week: “While undoubtedly there are those who believe that seeking membership of the Church will fast-track their asylum claim, there is no evidence this practice is commonly accepted, or even remotely widespread.”

Selma's 'Bloody Sunday': What to know about the march for civil rights