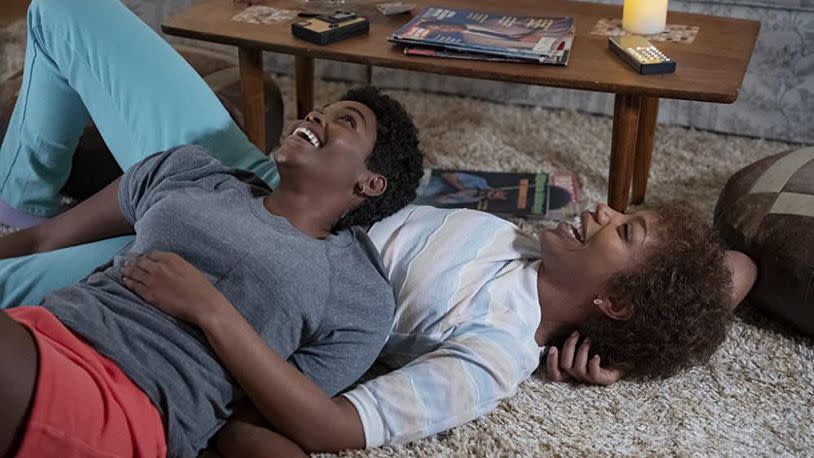 Naomi Ackie was little-known in the U.S. when she was tapped for a role as Jannah in J.J. Abrams’s 2019 saga capper Star Wars: The Rise of Skywalker.

But the pressure and intense fanfare that comes with joining the Star Wars universe could only partly prepare the 30-year-old London native for her latest high profile role: playing the beloved late pop star Whitney Houston in the new biopic I Wanna Dance With Somebody.

“In some ways [it did], knowing that you are entering into something that a lot of people have a sense of ownership over and a huge love for. Absolutely,” Ackie tells Yahoo Entertainment in a recent interview. “But it also felt very different… It felt like quite a solitary journey at times, even though I had a huge amount of help from everyone.”

Ackie, who has also appeared in Doctor Who and The End of the F—king World, was no doubt daunted by the role, which required her to sing live on set, even if her vocals were eventually replaced by Houston’s recordings.

“It's a journey,” she says. “And I think when I got the part and knew I was starting a portion of my life and dedicating a portion of my life to Whitney, I just had to hold onto faith that if I worked hard and I chipped away at the things I know I needed to do to tell this story, that the end result would be something that people would enjoy and be touched by.”

Naomi Ackie talks to @djkevlar about the daunting journey of playing Whitney Houston in #IWannaDanceWithSomebody, and if all the pressure that came with her role in Star Wars helped prepare her. pic.twitter.com/Sjyfp6KDg3

Directed by Kasi Lemmons (Eve’s Bayou, Harriet) and written by Anthony McCarten (Bohemian Rhapsody), the film follows Houston from her discovery by Clive Davis (Stanley Tucci) at her mother’s lounge show in Newark, N.J. to her ascent to global superstardom to her tumultuous relationship with husband Bobby Brown (Ashton Sanders) to her battles with drugs and ultimately her tragic death in 2012 at the age of only 48.

But one aspect of her story — and throughline in I Wanna Dance With Somebody — that’s certain to get renewed attention with the release of the film is Houston’s relationship with her best friend, longtime assistant, and at one point, lover, Robyn Crawford (Nafessa Williams).

Whitney and Robyn meet-cute at a park in the film’s opening minutes, move in together and are in a romantic relationship until the newly-signed singer’s career starts to take off and her father-manager (Clarke Peters) insists she only see men. 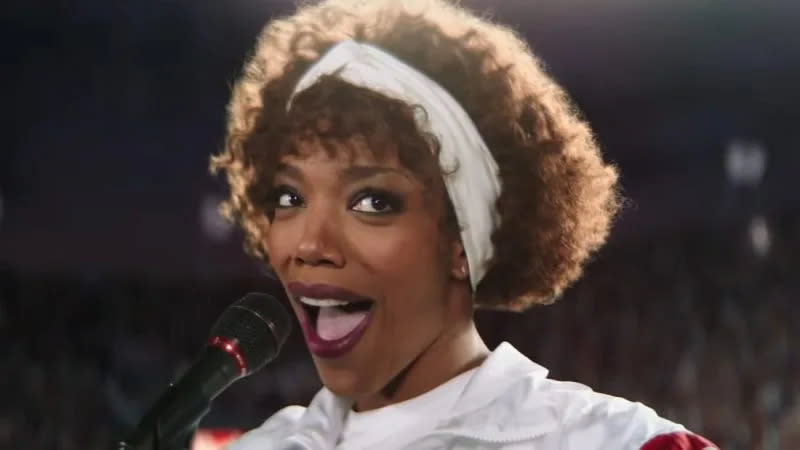 While in real life Houston never publicly discussed the same-sex relationship when she was alive, Crawford revealed intimate details surrounding it in her 2019 memoir A Song for You: My Life With Whitney Houston. Brown has also confirmed it in more recent years. But gossip about the nature of Houston and Crawford’s relationship, especially earlier in their lives, circulated for decades.

“It's something that I gotta say as a young actor in New York City and kind of in the Black showbiz circuit, we all knew about,” says Lemmons, who appeared in movies like School Daze (1988) and Candyman (1992) before pursuing filmmaking herself. "We didn't know because we weren't inside the room, but we all speculated about Robyn. In her life she was obviously somebody who was very close to her.

“But in talking to people that knew her [for the film], it was obvious that this was actually a very significant relationship. It was a friendship that went on for decades. And we had to find a way to honor it and to be truthful to it. Honestly, I think it's important because there was a lot of pressure [on Houston] from the outside world to conform to expectations. I think that put pressure on their relationship and you have to ask yourself, what it would've been like if they didn't have that pressure? What would've happened to them?”

Some people who knew the "How Will I Know" and "I Will Always Love You" hitmaker, like one of her longtime songwriters, Diane Warren, have said that they believe Houston would still be alive today had she continued her relationship with Crawford.

The new Whitney Houston biopic I Wanna Dance With Somebody really brings Houston's same-sex relationship with longtime friend Robyn Crawford to the forefront. I talked to director Kasi Lemmons and stars Naomi Ackie and Nafessa Williams about it for @YahooEnt. pic.twitter.com/z8BoQsAA71

“I was really young, so I remember hearing whispers, but not even really old enough to really understand what people were whispering about,” says Williams (Black Lightning), who plays Crawford in the film but has not yet met her. “So I think to now know the truth and it now being exposed or discovered or shared in this film, I just was really excited for Robyn to be able to live in her truth and be able to do it out loud.

“They meant a lot to each other, and it was a touchy, sensitive area. She lost a friend, and I believe they were soulmates and still are. So I just wanted to approach it really carefully and represent Robyn in the best light that I could.”

For Ackie, it was important to her that Houston’s estate was involved in the project.

“When I read the script, I was so happy to see that Robyn was included, because it's a huge part of her life,” Ackie says. “You can’t tell Whitney Houston's story without Robyn Crawford. They were friends and more, and what I think is so beautiful about their relationship is they morph from one thing to another, and they never put a label on it. And so, in a sense, we can't really put a label on it. But what they did have was a deep love for each other. And to show that love, that she was loved in that way by Robyn is a beautiful thing to show.”

I Wanna Dance With Somebody opens Friday.

While You Were Sleeping: 5 stories you might have missed, Jan 30

Girl, six, dies after being raped in India