Hundreds of staff at Britain’s biggest bank will lose their parking space – to encourage them to commute by bike.

It emerged yesterday that HSBC UK is getting rid of 90 per cent of its 700 staff car parking spaces across two regional centres, installing bike racks and changing rooms instead.

It is part of a £100million, eight-year programme in which the bank’s workers will be guinea pigs in a nationwide drive to get the public on their bikes more often, the Sunday Times reported. 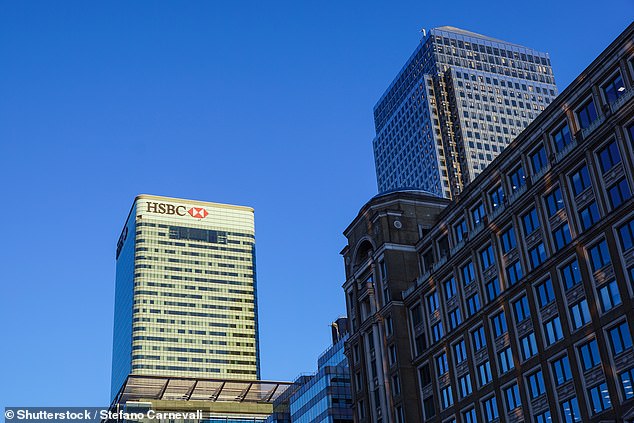 Hundreds of staff at Britain’s biggest bank will lose their parking space as part of a £100million plan to encourage them to cycle to work. (Pictured) HSBC HQ in London

Bank chiefs are hoping to uncover the reason more people don’t cycle to work, despite the clear health benefits.

Figures from Sport England show the number of cyclists taking to the roads at least twice a month has dropped in the past year.

Researchers from the universities of Glasgow and Edinburgh will study more than 1,000 HSBC employees’ physical health, motivation and the number of sick days they take after they start cycling.

The bank’s chief executive, Ian Stuart, said: ‘It won’t suit everyone and I understand that.’ But Mr Stuart insisted he was ‘not a fanatical cyclist’, adding: ‘I don’t own Lycra.’

The bank is spending more than £3million on bike racks, showers and offering electric bikes to its staff in Birmingham and Sheffield as well as sponsoring schemes to boost bike riding among the wider public in partnership with British Cycling. 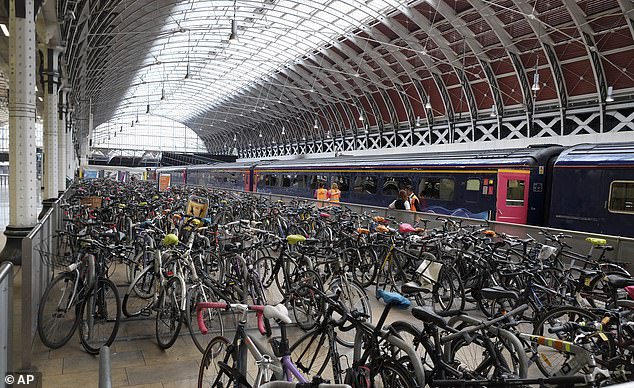 HSBC is spending more than £3million on bike racks, changing rooms and showers for staff at its Birmingham and Sheffield branches