Festive season arrives at Parliament: Huge 42ft tall Christmas tree is erected outside Palace of Westminster after arriving from a Northumberland forest

The festive season has officially begun at Parliament, marked by the arrival of an enormous Christmas tree.

The 42ft Sitka spruce was put up at the Palace of Westminster on Saturday morning.

Parliamentary staff used a crane to unload and decorate the tree, which stands in New Palace Yard, close to the Elizabeth Tower, which is the home of Big Ben.

Sir Lindsay Hoyle, Speaker of the House of Commons, said: ‘We are all hoping for a cracking Christmas with family and friends this year – so the arrival of the tree to Parliament really heralds the start of the festive season. 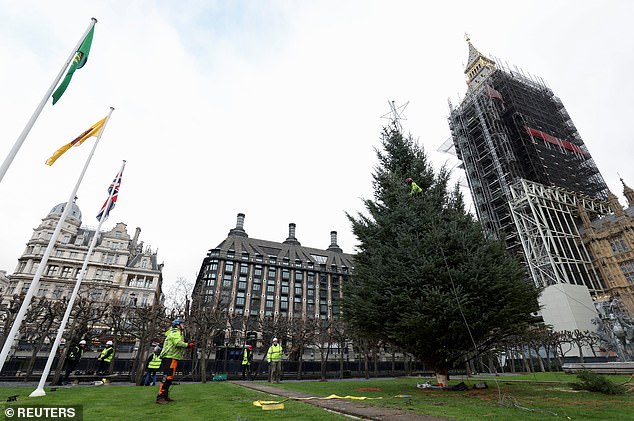 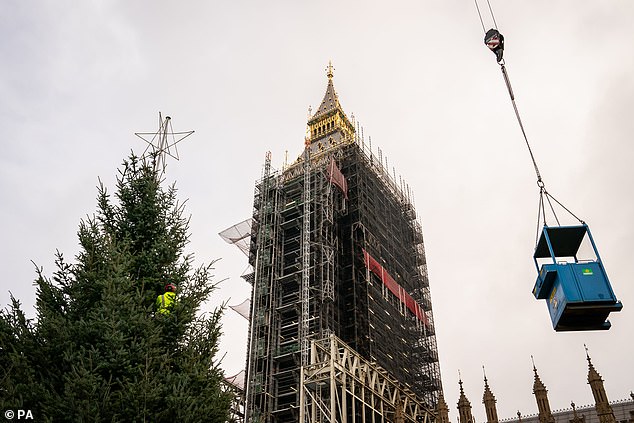 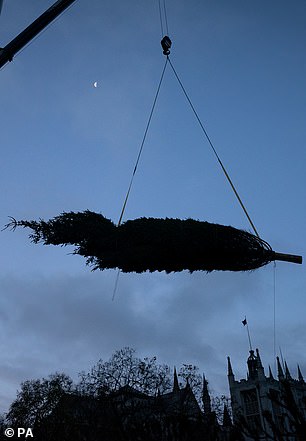 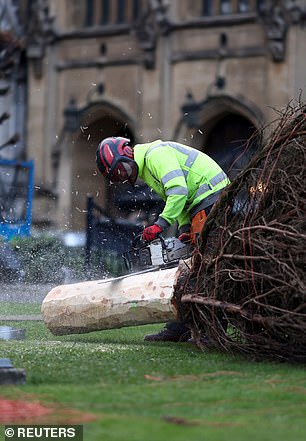 ‘We really appreciate the kind gift from Forestry England, which serves as a beautiful symbol of hope and joy.’

The Lord Speaker, Lord McFall of Alcluith, said: ‘This Christmas we must make up for lost time. We owe huge thanks again to Forestry England for helping bring the Christmas cheer to Parliament.’

Another 25ft tree has been delivered to Westminster Hall and a smaller one will stand in the Speaker’s House.

In January the trees will be recycled and sent to be chipped for use in composting.

The spruce was selected from the 60,000-hectare Kielder Forest in Northumberland – the biggest forest in England.

Ian Green, from Forestry England, said: ‘It’s a big honour to be able to supply a tree from the 150 million growing in Kielder for such a starring role.

‘It has been hand-selected by experts to look good from every angle and was carefully felled by an experienced chainsaw operator to ensure its good looks were kept intact.

‘It really is a beauty.’

First case of coronavirus confirmed in Republic of Ireland

Mother hits out at the 'inhumane' conditions in her council house