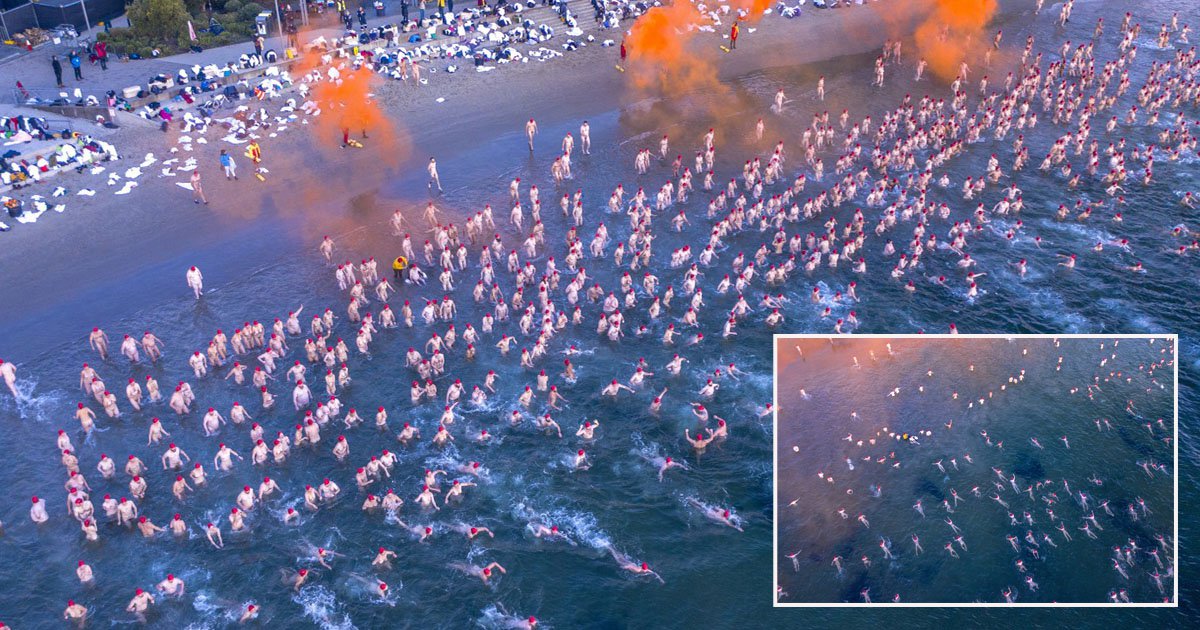 Many Tasmanians flock to the Dark Mofo music and arts festival which celebrates the darkness of the southern hemisphere’s midwinter.

Some 1,500 people stripped off in air temperatures of around 3C and waded into the water as the sun rose following the end of the longest night.

The water temperature was around 13C – which is apparently cold for Australians.

Brady, 31, from Brisbane, told The Guardian: ‘When you get in, you just run in screaming. You can’t really feel it until it’s too late.

‘The skin starts to sting. (And) it does shrink.’

Speaking to ABC News, Portia Predny, from Sydney added: ‘I was pretty keen from the start, as soon as I knew it was a thing.

‘It was fabulous … You don’t even notice the cold so much, you just notice that it’s bracing and exhilarating and adrenaline-inducing, and you just need to move as fast as possible.’

Another reveller from the mainland described the experience as a ‘baptism of freezing fire’.

The mass skinny dip was conceived for the first edition of the festival in 2013 and has rapidly grown in popularity since.

About 2,000 people took part in the mass skinny dip in 2019, but the festival was cancelled last year due to the Covid pandemic.

The 2021 edition was capped to lower numbers to help maintain social distancing.

Who is Félicien Kabuga and where is he now?