A HUNGRY mink sinks its teeth into a heron’s neck — as the bird desperately tries to fight back.

The tiny predator, related to weasels and ferrets, leapt onto the bird’s back as the waterfowl was fishing in canal reeds. 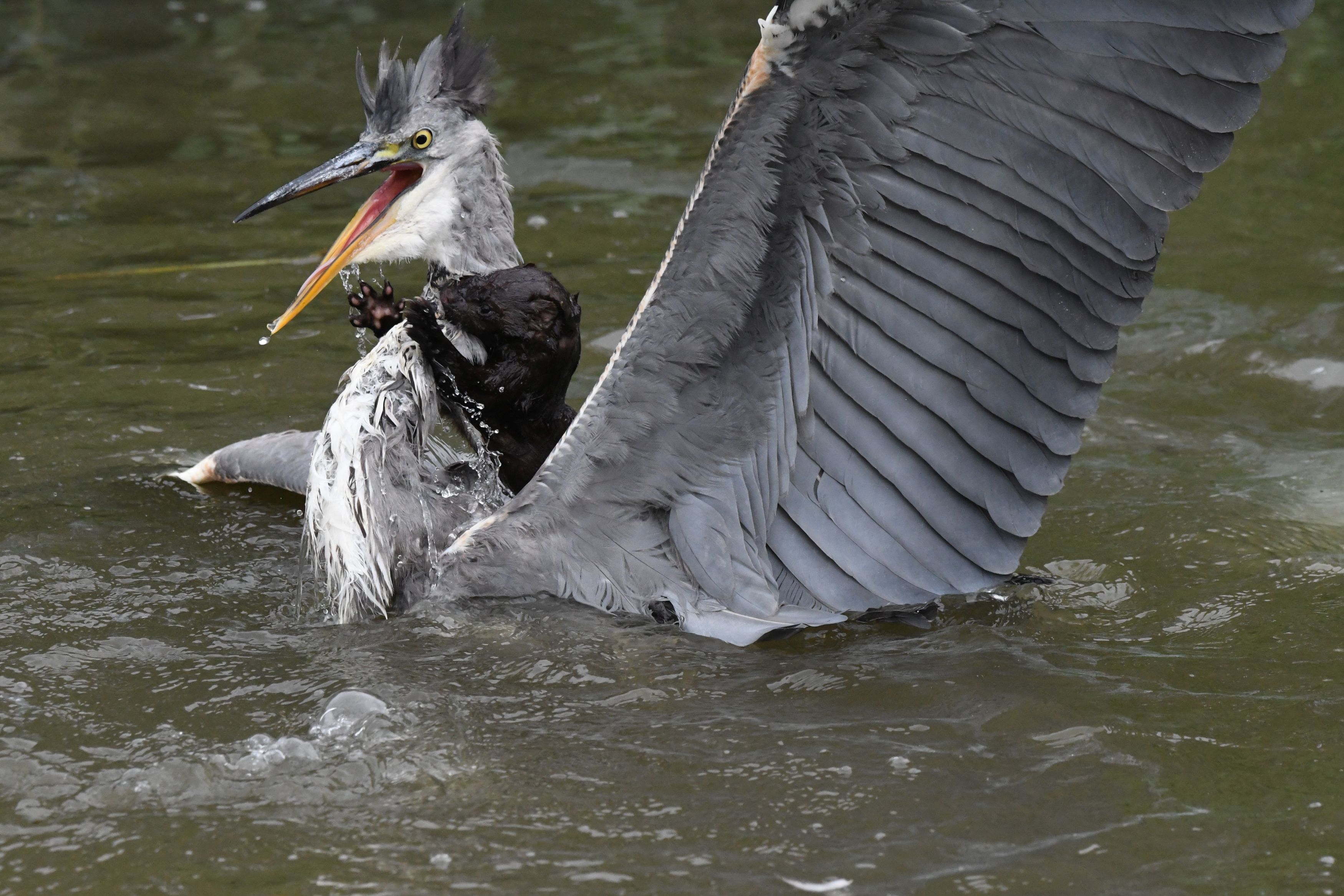 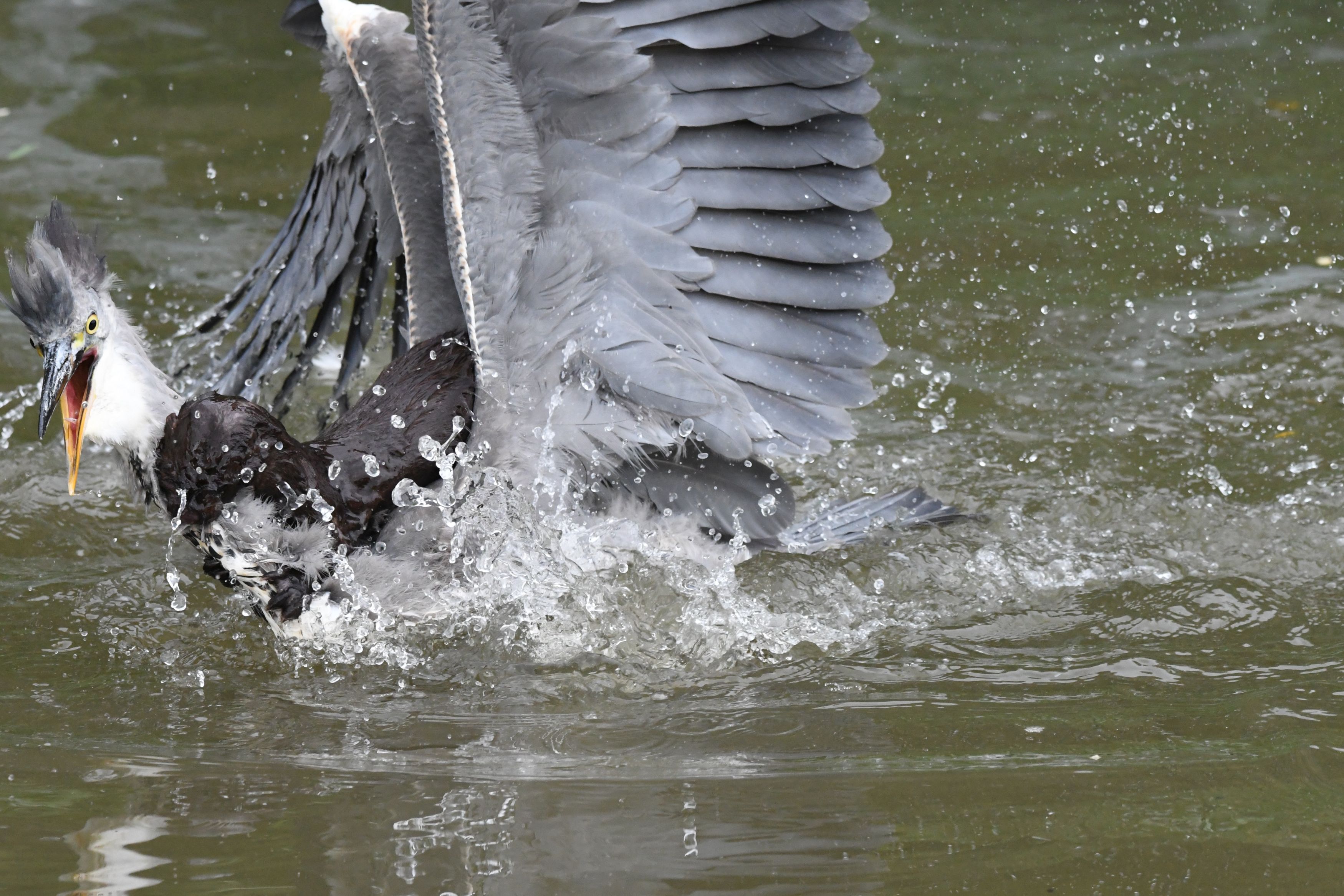 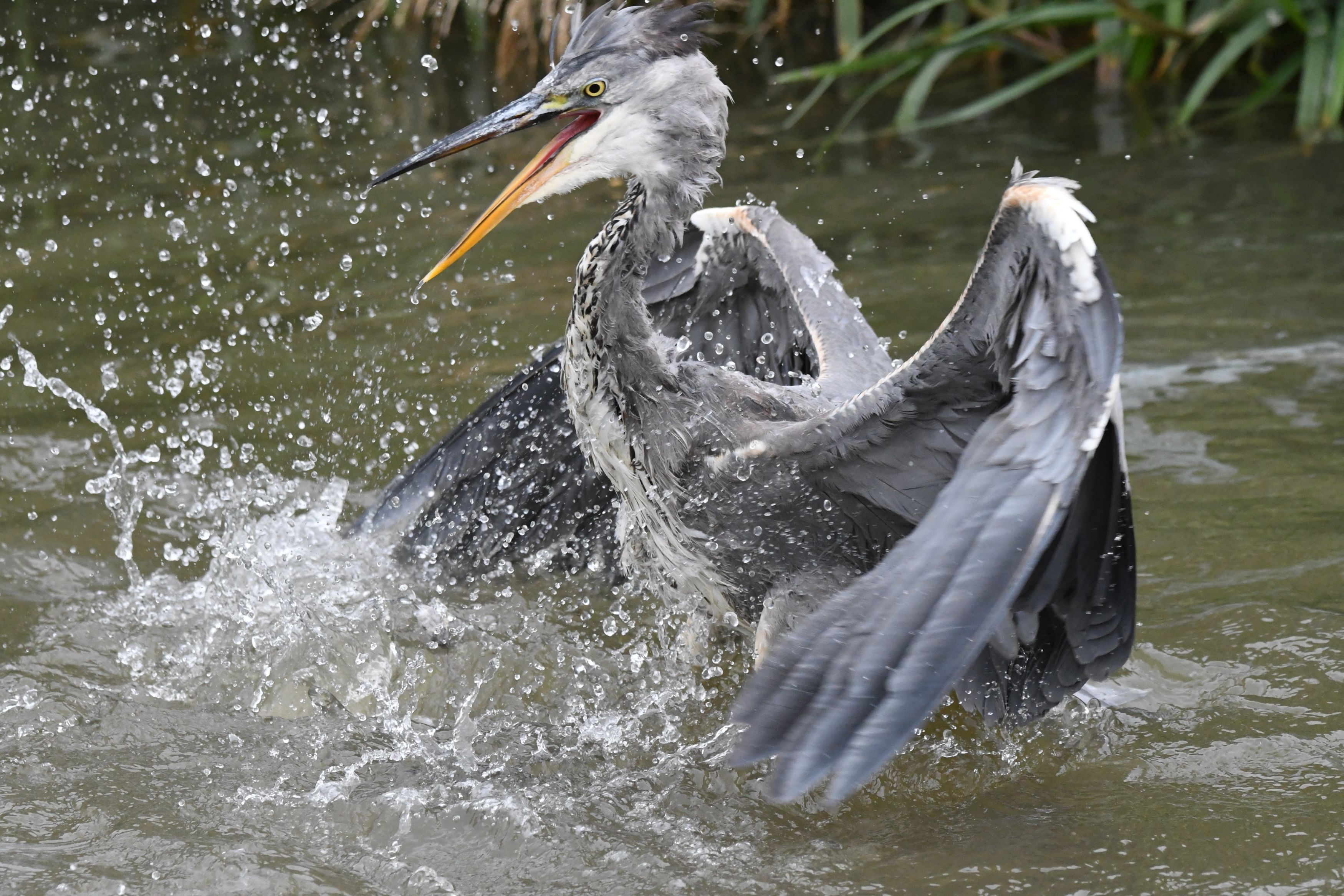 Despite being dwarfed by its prey, the razor-toothed carnivore, which can be up to 15 inches long, leapt onto its back.

The heron eventually managed to throw off the razor-toothed mink after a struggle at Tiddenfoot Waterside Park, Beds.

The struggle was captured by amateur photographer Phil Bur.

Phil, 56, and a friend were looking for wildlife to photograph when the drama unfolded.

He said: “We noticed a heron that flew outside of the towpath to the other side into the reeds and we both thought ‘Ah that would be good if it starts to look for fish’.”

They started taking snaps of the bird, which can stand as high as five feet, when suddenly the fight started.

Minks are an invasive non-native species that entered the UK’s wildlife after being both deliberately released and escaping fur farms in the 1950s. 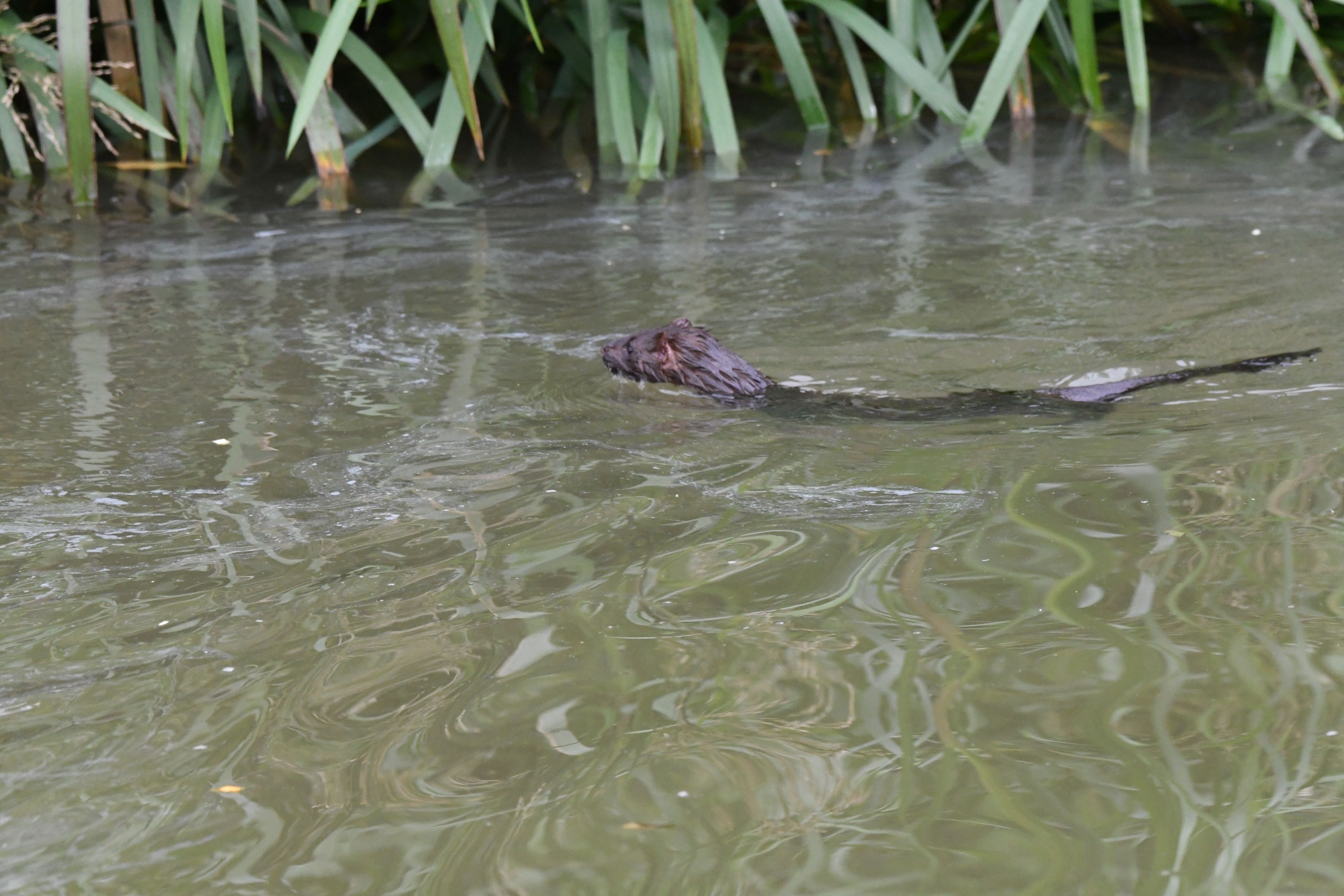