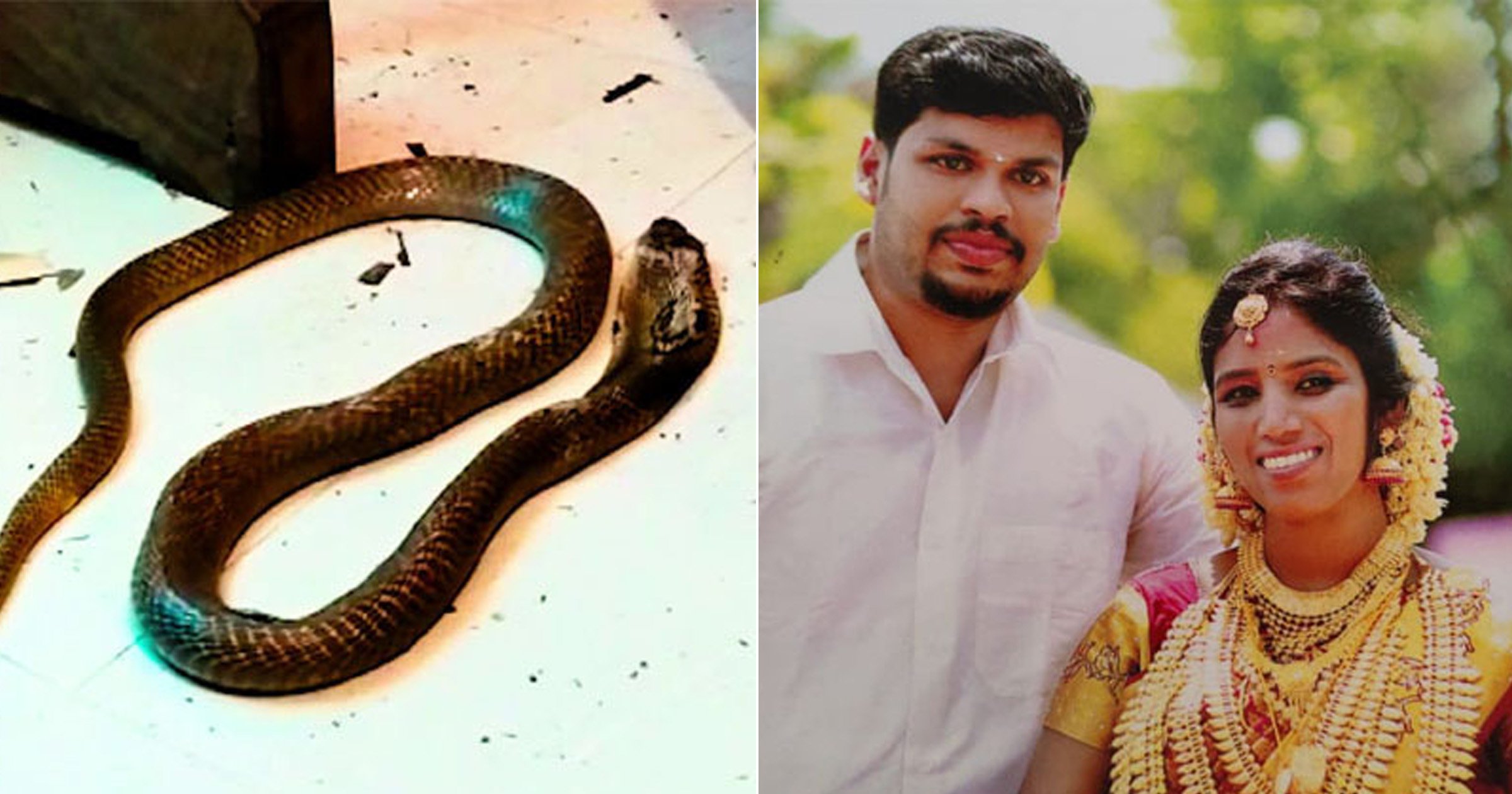 A man has been handed a double life sentence for murdering his wife by drugging her and then forcing a cobra to bite her.

Soraaj S. Kumar, 28, came up with an elaborate plot to murder Uthra, 25, take her family’s money and then marry another woman, a court in Kollam, India, heard.

But the plan did not work the first time he tried to pull it off and poor Uthra was bed-ridden for 52 days recovering from a snake bite, according to local outlet India Today.

She was still regaining her health when Kumar gave her sleeping pills and made a cobra bite her – possibly by intentionally hurting the cobra.

Uthra’s mum found her daughter unconscious the next morning, on May 7 last year, and she was rushed to hospital where she sadly died.

The mum-of-one’s cause of death was put down as ‘snakebite’ and it looked as if Kumar was going to get away with his horrific crime.

But Uthra’s dad was suspicious about his daughter getting bitten by a snake twice and he became even more skeptical when Kumar seemed unaffected by his wife’s death and started harassing her parents for her dowry.

The mourning parent told the police he believed there may have been foul play involved in his daughter’s death and Kumar was arrested on May 23.

Police investigated, found out about both of Kumar’s conspiracies, ran up a 1,000-page charge sheet and Kumar was found guilty on Monday.

The court believes Kumar actually made the snake bite Uthra because experts said only forced bites can leave 2.8cm wounds – as opposed to the regular 1.7cm wounds left by naturally occurring bites.

Suresh was arrested on the same day as the murderer but it is unclear what he is being questioned about.

The prosecution argued Kumar should get the death penalty for his part in the ‘rarest of rare cases’.

Whilst the judge agreed the case was very rare, Kumar was instead handed two life sentences and ordered to pay a fine of 500,000 rupees (£4,869) on Wednesday.

Afghan interpreter who worked with Aussie troops is executed