A wealthy Russian wife who died mysteriously in London is linked to an acrimonious property dispute directly involving Vladimir Putin.

‘Healthy’ Irina Izmestieva, 52, was this month found dead at her £15 million Kensington mansion, sparking a demand from the capital’s most prominent Moscow emigre that MI5 should investigate.

Now it can be revealed that her husband Igor Izmestyev, 55, a former senator jailed in Russia, had infuriated the Kremlin leader’s circle by refusing to vacate and sell the family’s pink-tinted £35 million ‘art nouveau castle’ which was close to Putin’s official residence Novo-Ogaryovo, his main home.

The bitter property dispute erupted in 2006 when Izmestieva’s husband was told noise from the family’s regular firework parties was annoying Putin, his then wife Lyudmila, and their two daughters, as well as distressing their pet dogs and goat called Skazka. 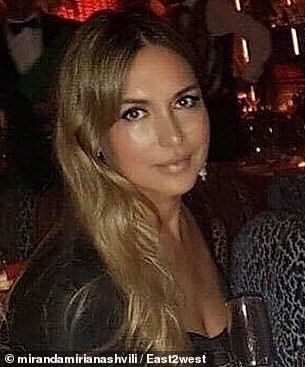 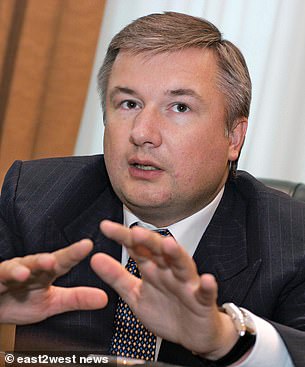 Irina Izmestieva (left), who was found dead in her Kensington home this month, and her husband Igor Izmestyev (right) who has been sentenced to life in a high security Russian jail 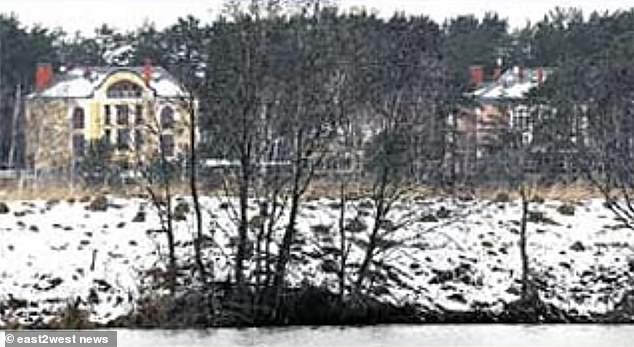 Husband Igor Izmestyev, 55, a former senator jailed in Russia, had infuriated the Kremlin leader’s circle by refusing to vacate and sell the family’s pink-tinted £35 million ‘art nouveau castle’ (right) which was close to Putin’s official residence Novo-Ogaryovo, his main home 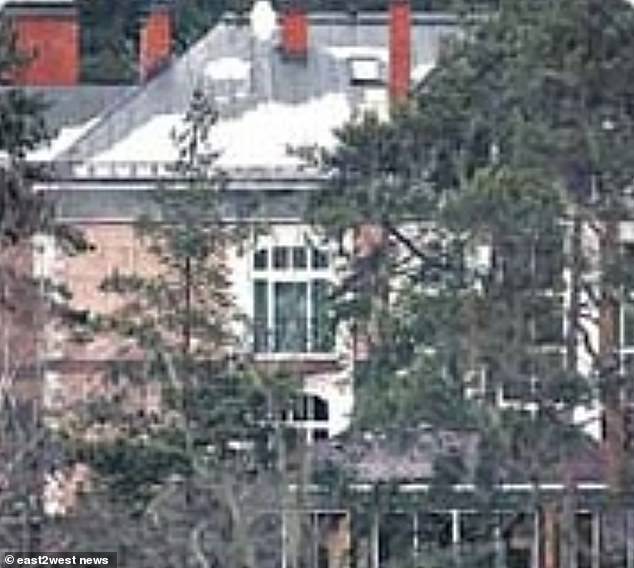 Oil and shipping magnate Izmestyev was offered a deal to sell the pink house – across Moscow River from the presidential residence – and move elsewhere but he allegedly demanded 42 million euro (£35 million), it was reported at the time 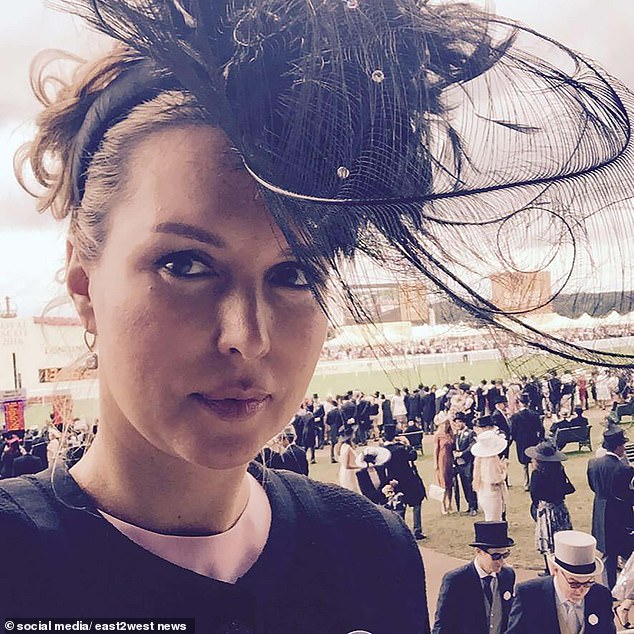 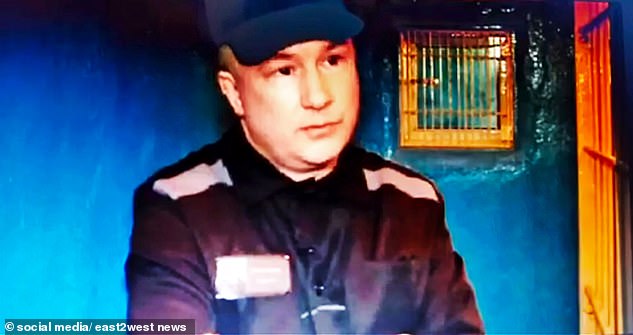 Tough regime: Irina’s husband Igor photographed in jail. He is alleged to have ordered contract killings

An even closer neighbour reportedly angered by Izmestyev was Nikolai Patrushev, then head of the FSB secret service, successor to the KGB, who was linked in Britain to approving the tea-spiking poisoning of dissident Alexander Litvinenko with polonium-210 in 2006.

Patrushev, long-serving secretary of the Kremlin’s all-powerful Security Council, was sanctioned by the US in the wake of the poisoning of double-agent Sergei Skripal in Salisbury in 2018.

Oil and shipping magnate Izmestyev was offered a deal to sell his property – across Moscow River from the presidential residence – and move elsewhere but he allegedly demanded 42 million euro (£35 million), it was reported at the time.

At this, he was accused of ‘greed’ and told he had built the dacha – or country house – illegally on protected land, and must raze it, at his own expense.

Next, a criminal investigation was opened into him for allegedly ordering contract killings for which he was subsequently convicted and sentenced to life, according to reports.

In 2018 Putin refused a call from Russia’s most prominent human rights campaigner to pardon ex-senator Izmestyev, who she believed was innocent of the killings, backing claims of his friends that he had been framed.

He remains locked away in harsh White Swan prison alongside serial killers and cannibals.

Leading Russian emigre Evgeniy Chichvarkin, 47, a mobile phone tycoon and Putin foe who fled Moscow in 2009, has now renewed his call first made last week for MI5 to probe Izmestieva’s death on her sofa.

He claimed she died amid a new twist in a property dispute involving ‘huge amounts’, but has not specified which dispute it was, or if it was related to the earlier clash over the family losing their home close to Putin’s residence.

Chichvarkin, who now runs Hedonism Wines in London, told pro-Kremlin Komsomolskaya Pravda, which did not mention the earlier dispute on Putin’s doorstep: ‘This is an extremely strange coincidence.

‘It’s always strange when a person dies right at a new stage of a property dispute.’

Asked if he believed there were reasons for a probe into Izmestieva’s death, he said: ‘When a sudden death happens in such circumstances, at such an age…

‘This is a strange situation. But I am not making conclusions.

‘There is an extremely difficult situation with the criminal prosecution of her husband.

He said: ‘My point is that it is worth paying attention…when things like this happen.’

Earlier he had demanded: ‘I very much hope that the UK’s special services will investigate this case properly, thoroughly, and perhaps, one day, we’ll learn what happened.’ 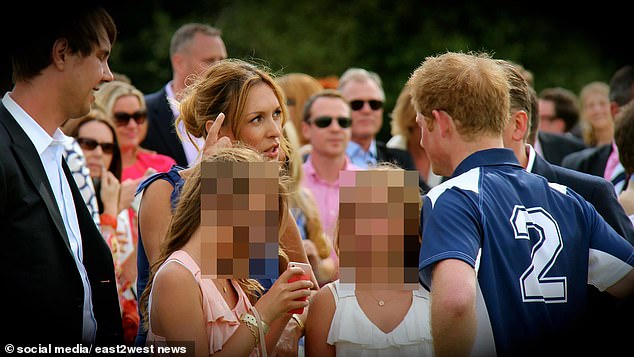 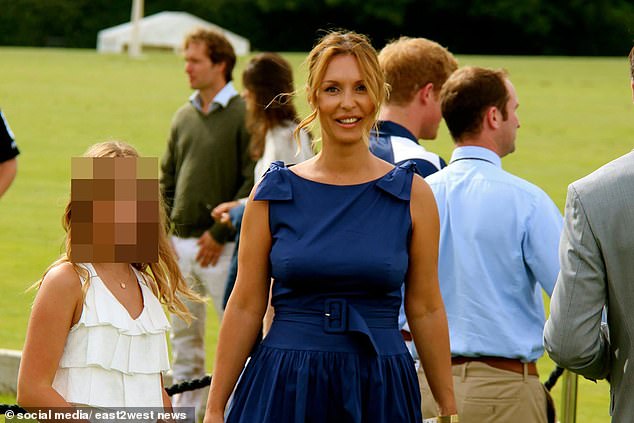 Irina Izmestieva, 52, smiles at the polo fixture where she chatted with the prince 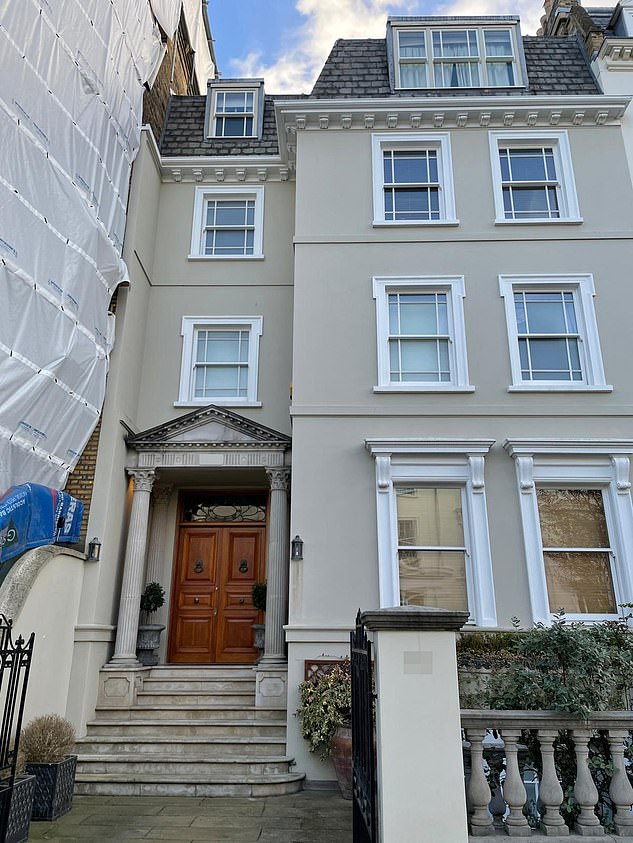 Who is Irina’s husband Igor Izmestieva?

Irina Izmestiev’s ex husband Igor served as a senator from Bashkortostan for five years from 2001.

He also had a long history working in the oil business, where he made his fortune.

But in 2007 he was detained by Russian Federal Security Service at Bishkek airport.

They said they suspected him of murdering the wife of one of his former business partners.

Three years later he was sentenced to life in prison.

The court heard he had organised a series of killings, including an attempt on then Bashkortostani President Murtaza Rakhimov’s son.

Inside the courtroom investigators said he had ties to the mafia in Kingisepp, outside St. Petersberg.

In 2017 Putin visited Lyudmila Alexeyeva, a human rights movement, to celebrate her birthday and said he would pardon and free Izmestiev.

So far he has not been freed and has been kept behind bars under high security.

A succession of Russian exiles to Britain have died in suspicious circumstances.

Izmestieva’s close friend in London Miranda Mirianishvili, 49, initially said that the former filmmaker – who also used the surname Ford – had died ‘unexpectedly’, and that her death was not Covid-related.

Friends have since downplayed foul play, and the Metropolitan Police indicated it did not regard the death as suspicious.

‘The president’s administration was negotiating with him to swap his house for a different one.

‘But greed ruined him.

‘When the bargaining began, he ordered a valuation of the house by Raiffeisenbank – and it was put at 42 million euros.

‘Then Rosprirodnadzor (Russia’s environmental watchdog) became interested in the legality of the construction.’

Respected Moscow journalist Yulia Latynina – a leading Putin critic – said that in the wake of the property dispute Izmestiyev was ‘implicated as the one behind a number of grizzly murders’ linked to contract killings.

His arrest ‘was not only preceded by the accusation of the Kingisepp gang, but also a conflict with the powerful owner of a dacha neighboring his own – President Vladimir Putin.

‘During the course of this conflict, Izmestiyev apparently irritated the president by refusing to sell his dacha at the offered price. 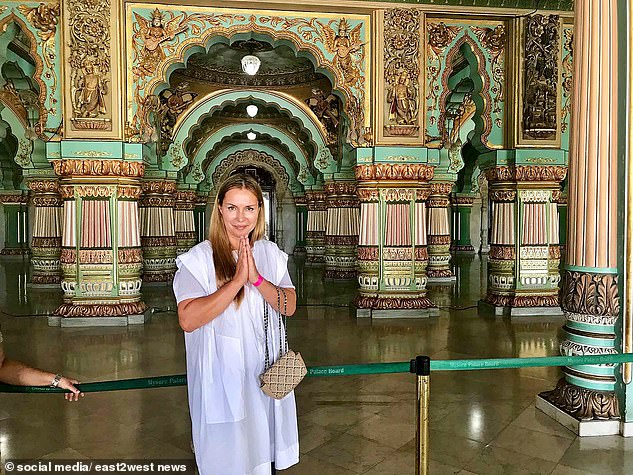 ‘I can’t help wondering if he would be facing murder charges if he had just sold the dacha.’

With the dispute underway, Izmestyev moved his wife and twin daughters, now aged 21, to London.

Soon afterwards on 16 January 2007 he flew to Bishkek in Central Asia where a trap awaited him.

Kyrgyzstan special forces detained him, and handed him to the FSB.

He was flown to Moscow and faced trial resulting in his life sentence.

He said at the time: ‘I was kidnapped. It’s all about money.’

He also told Kommersant business newspaper that the unresolved dispute was related to extortion concerning his mansion.

As he languished in jail, his daughters were privately educated in Britain and his wife, a former TV presenter, forged a career as a filmmaker, mixing with celebrities and royalty. 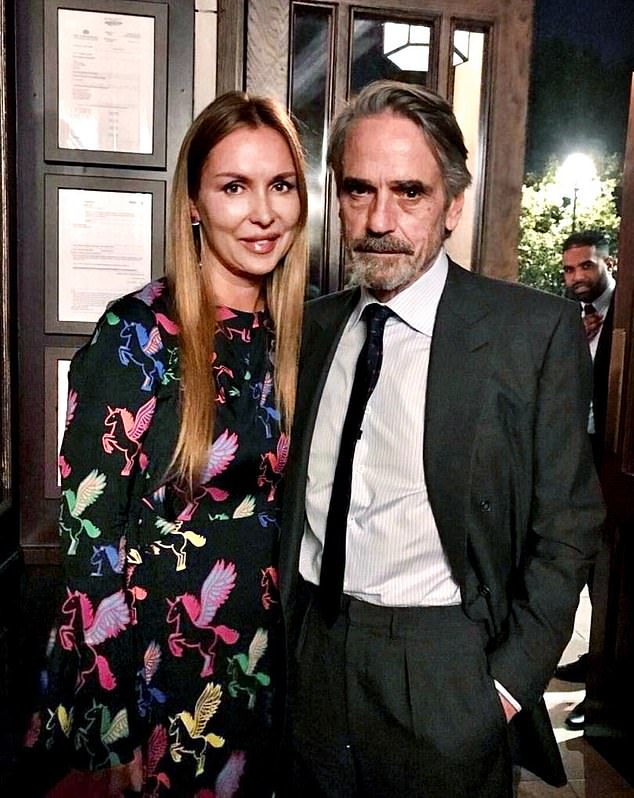 Well connected: Irina (main) and (above) with actor Jeremy Irons

In 2017, it was claimed Putin indicated to veteran human rights campaigner Lyudmila Alexeyeva – now dead- that he would pardon Izmestyev, who she believed innocent of ordering the murders for which he was jailed.

Yet this did not happen, possibly because the jailed tycoon refused to repatriate his fortune, and he remained incarcerated.

The Daily Mail revealed today that at the time of her death, Izmestieva was masterminding a legal fight against the Russian government to free her husband.

She is reported to have turned to the European Court of Human Rights in Strasbourg, a move that might have caused major embarrassment to the Kremlin.

Yet there was also reported to be another property dispute concerning her Kensington home, bought in 2006 for £8.85 million by a company registered in the British Virgin Islands.

47% of teachers considered making a job change in the past month: survey