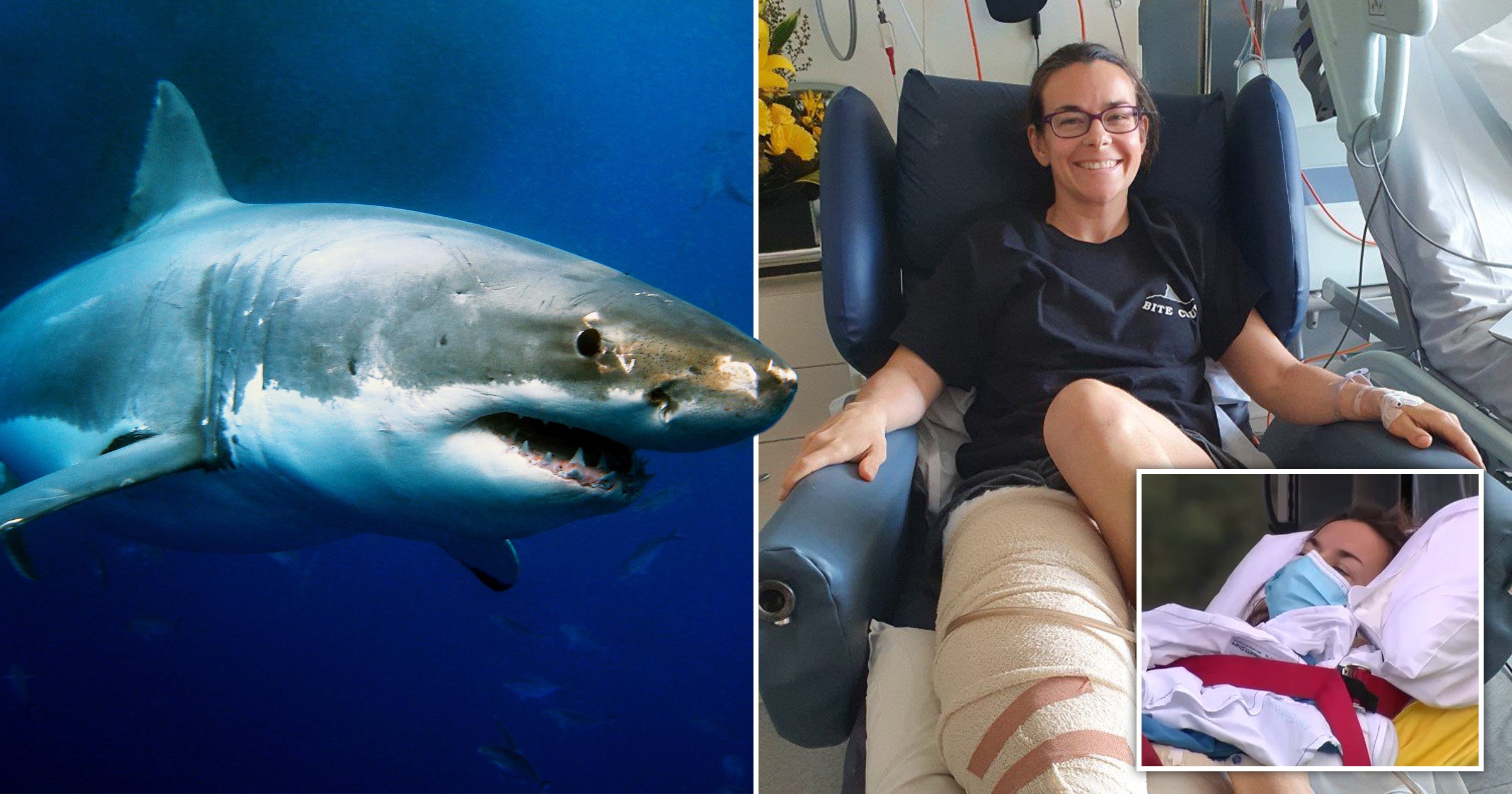 A surfer was saved from a shark attack when her husband repeatedly punched the animal in the nose.

Chantelle Doyle, 35, has revealed what it is like to be mauled by a great white after she completed 15 months of intensive rehabilitation.

She was surfing on a ‘beautiful, sunny day’ in the coastal town of Port Macquarie in new South Wales in 2020 when the attack happened.

At around 9.30am she felt the shark strike ‘underneath my board – it hit my leg straightaway – just bang, grab,’ she told 60 Minutes on 9 News.

The shark refused to let go after latching onto her calf and Chantelle feared she might be dragged down under the surface.

Husband Mark was just 30ft behind his wife on his own board and saw what was happening.

‘So, I just ditched the board, to just start whaling punches,’ he said. ‘It was just, just throw as hard as I could until it lets go, because you sort of, just want it to be gone.’

He aimed the punches at the nose because he had heard this was the most sensitive part of the animal.

‘[I was looking] dead-set in the eye. That memory sits with me a lot, a black eye,’ he added.

Eventually the blows were enough to get the shark to let go and swim away and Mark dragged Chantelle to shore so she could receive medical treatment.

She suffered damage to her muscle, bone, ligament, tendon and nerve but crucially her artery was spared.

The interview comes after another fatal shark attack was reported at the beginning of the month.

British expat Paul Millachip, was killed while out swimming near Perth in a reported shark attack.

Although still very rare, shark attacks have generally been on the rise in recent years, but this may partly be down to better reporting methods.

In total, there have been eight fatal incidents involving sharks this year and 74 close encounters.

The increase in attacks comes at a time when shark numbers are dwindling – the population of tiger sharks has dropped 70% in the last 30 years.

It’s thought climate change may be partly to blame as environmental changes are forcing sharks to swim closer to coastlines in search of food.

Outdoor markets and car showrooms will reopen from June 1