A COUNCIL flat tenant "wakes up sick every day" because black mould coating his toilet "gets inside him when he goes to the loo".

Paul Wicks, 32 – who is partially blind, has kidney failure and suffers muscle wastage in his legs – first noticed the mould at his Southampton home just weeks after moving in last year. 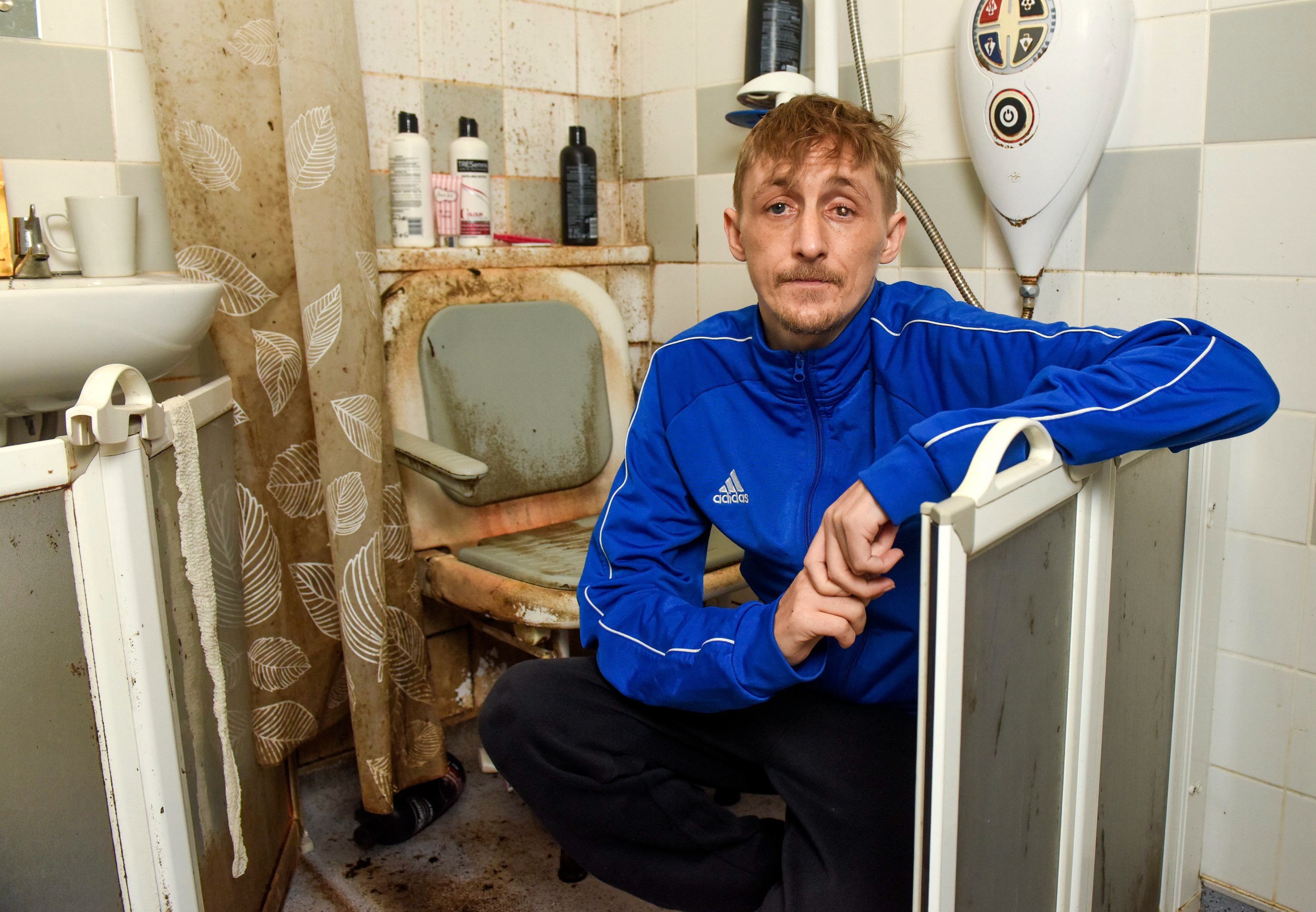 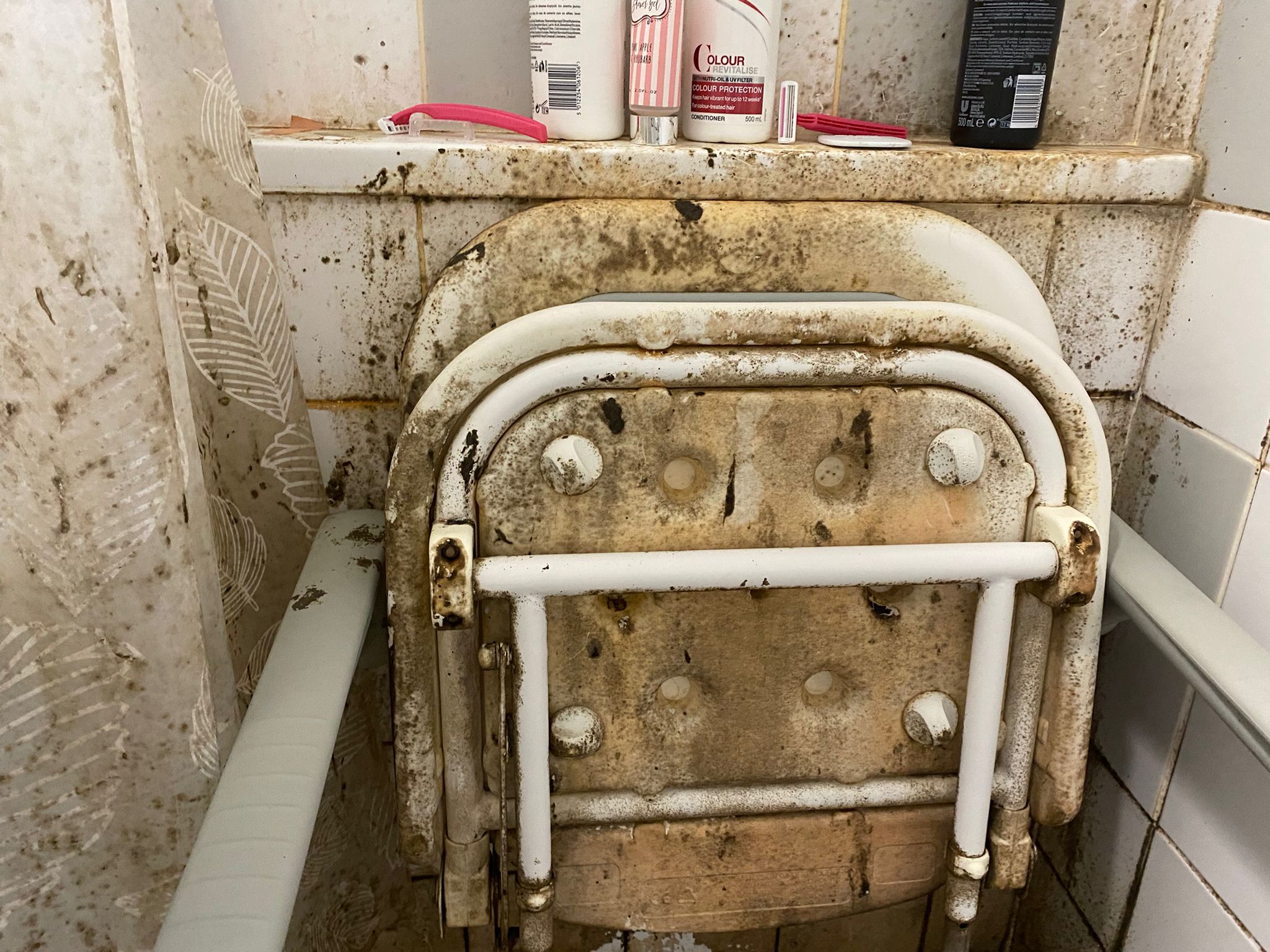 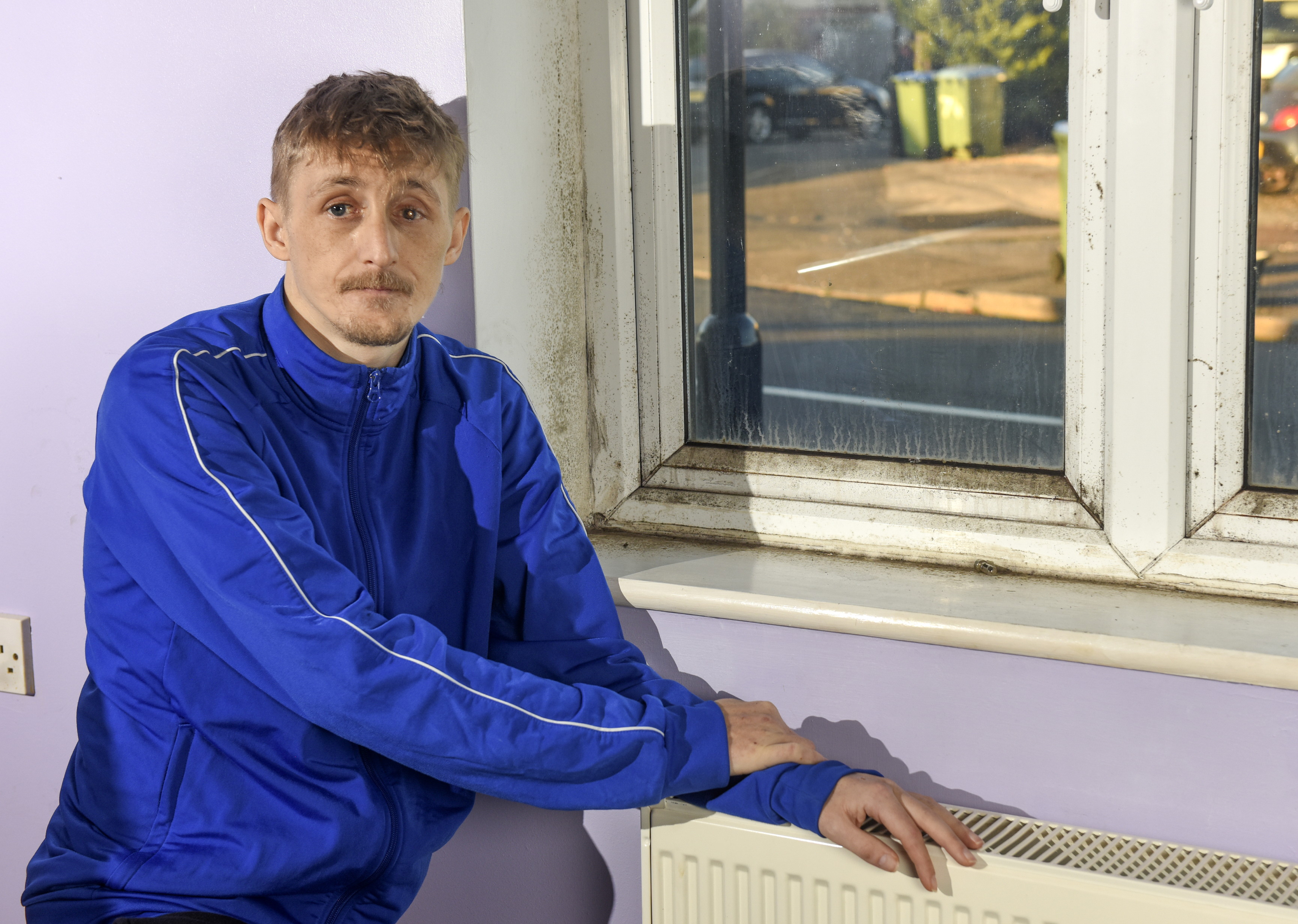 The fast-growing damp quickly spread from behind his bed and into his bathroom and front room.

The tenant – who also has Type 1 diabetes and relies on a tube to go to the toilet – noticed a rapid deterioration in his health straight away.

He told the Sun: "I am feeling absolutely rubbish. Every day I wake up being sick.

"It is either that or I need an ambulance because I can't cope with my illnesses in this house.

"I am partially blind and am type one diabetic. I have kidney failure and muscle wastage in my legs."

He said the mould – which is now coating his toilet – affects the hygiene of a tube he uses to pass urine and has given him a UTI.

He added: "I have a tube down my middle because I retain water. When I sit on the toilet the mould gets inside me and makes me poorly.

"It started getting worse when I moved into this flat. Ever since we moved in here I have deteriorated pretty badly."

He claims housing association Abri advised him to take measures to slow the spread of the mould himself.

But he can't get too close to the damp due to his health conditions.

Contractors first went over to treat the mould and repaint the flat in September – but it "came back worse", Paul said.

They then returned around three weeks ago and installed a vent in the hallway.

He added: "I have been having a lot of problems with my illnesses since I have been here.

"In the bathroom, bedroom and front room there is mould everywhere. They need to do something.

"There wasn't a lot of mould in here when I moved in. In August it started getting worse.

"I have had to chuck a lot of stuff away because of the mould.

"They have put a vent out in my hallway and I have pipes going through the bedroom but its getting a lot worse, it hasn't helped."

Ralph Facey, Executive Director of Operations at Abri said: "The safety and wellbeing of our customers will always be our priority and it's very important that customers live in a warm, safe and comfortable home.

"We’re working closely with Mr Wicks to resolve the mould in his property and we're very sorry for the impact this has had on him and the upset this has caused.

"Living with mould is not acceptable, and our teams have made several visits over the past few months to treat the mould and identify the root cause when Mr Wicks has allowed us access.

"We’ve treated the mould, improved ventilation and provided advice on how to prevent mould reoccurring.

"The wet room in Mr Wicks’ home has been designed for single occupancy, but we are aware that his carers are living with him.

“Mould treatment is ongoing, and we won’t stop until we have completely resolved it and found a permanent solution for Mr Wicks.

"Two weeks ago, external contractors visited and installed a specialist PIV (positive input ventilation) system that draws air from outside into the centre of the flat.

"Our contractors will soon be replacing the extraction fan in the bathroom which, along with the kitchen fan, will need to be left to run to clear the issues with damp, mould and condensation.

"Today, cleaning teams have been out to clean the mould for Mr Wicks but were refused access.

"We will continue to help him find a new property that would better suit his additional needs." 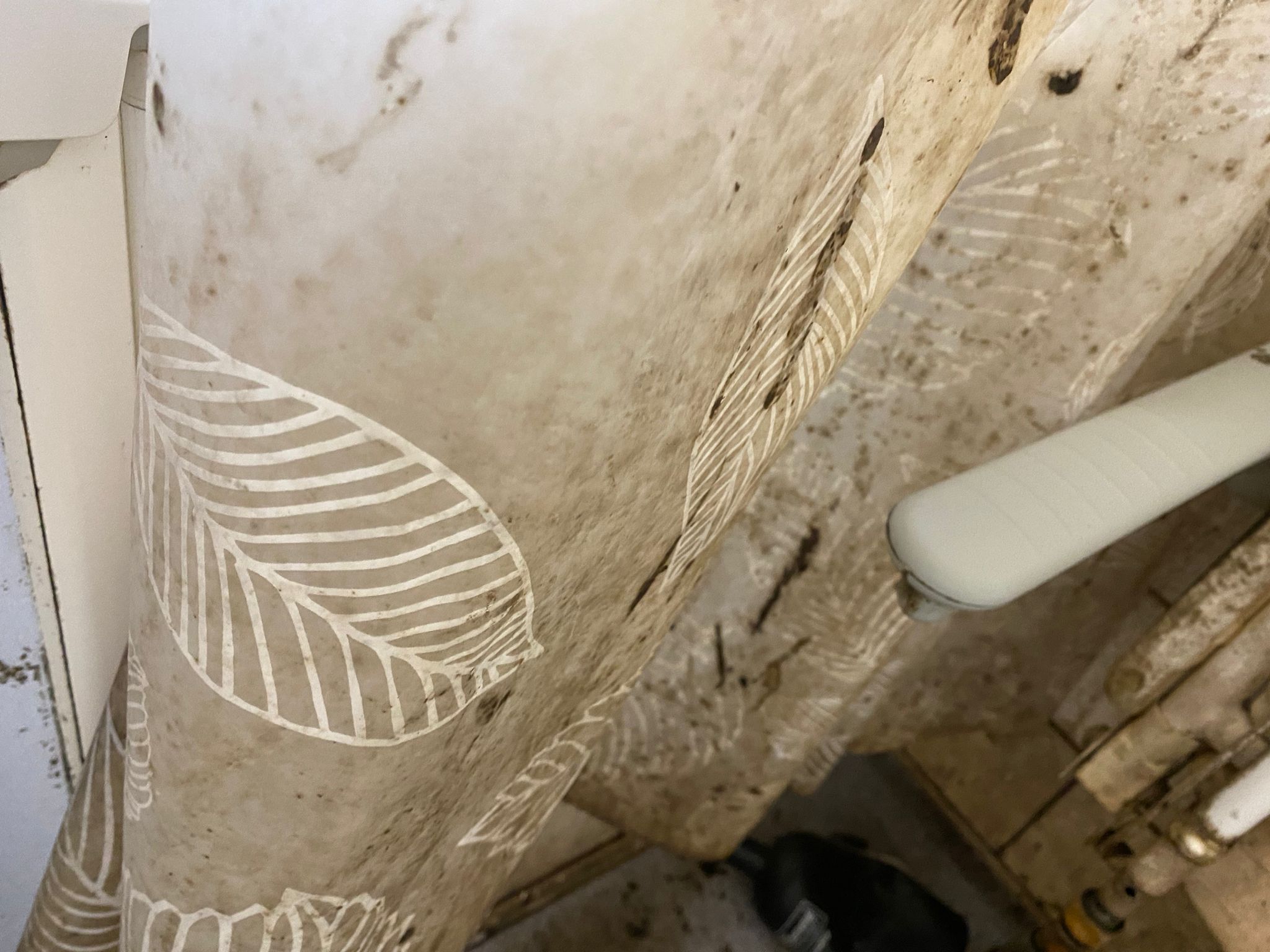 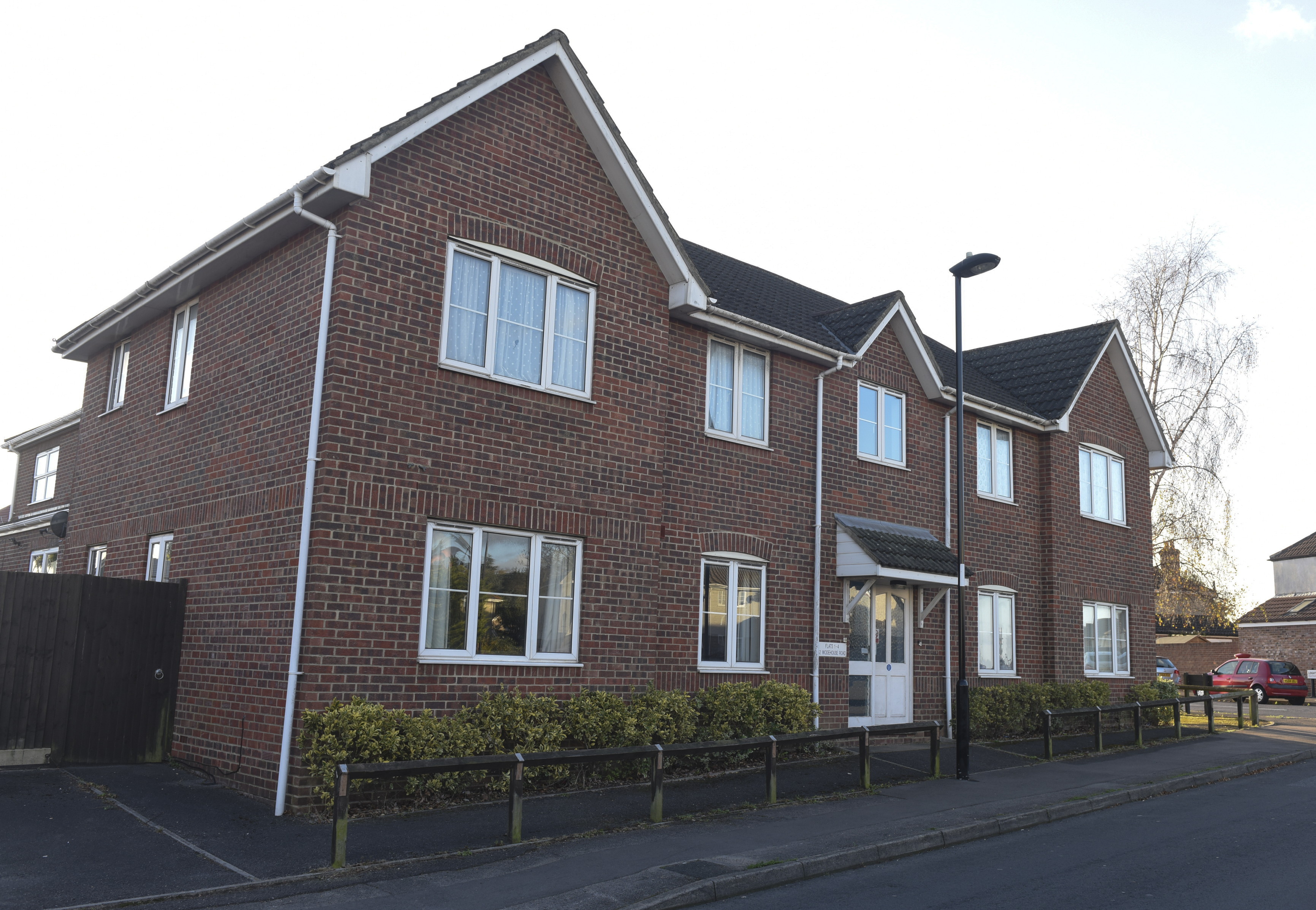 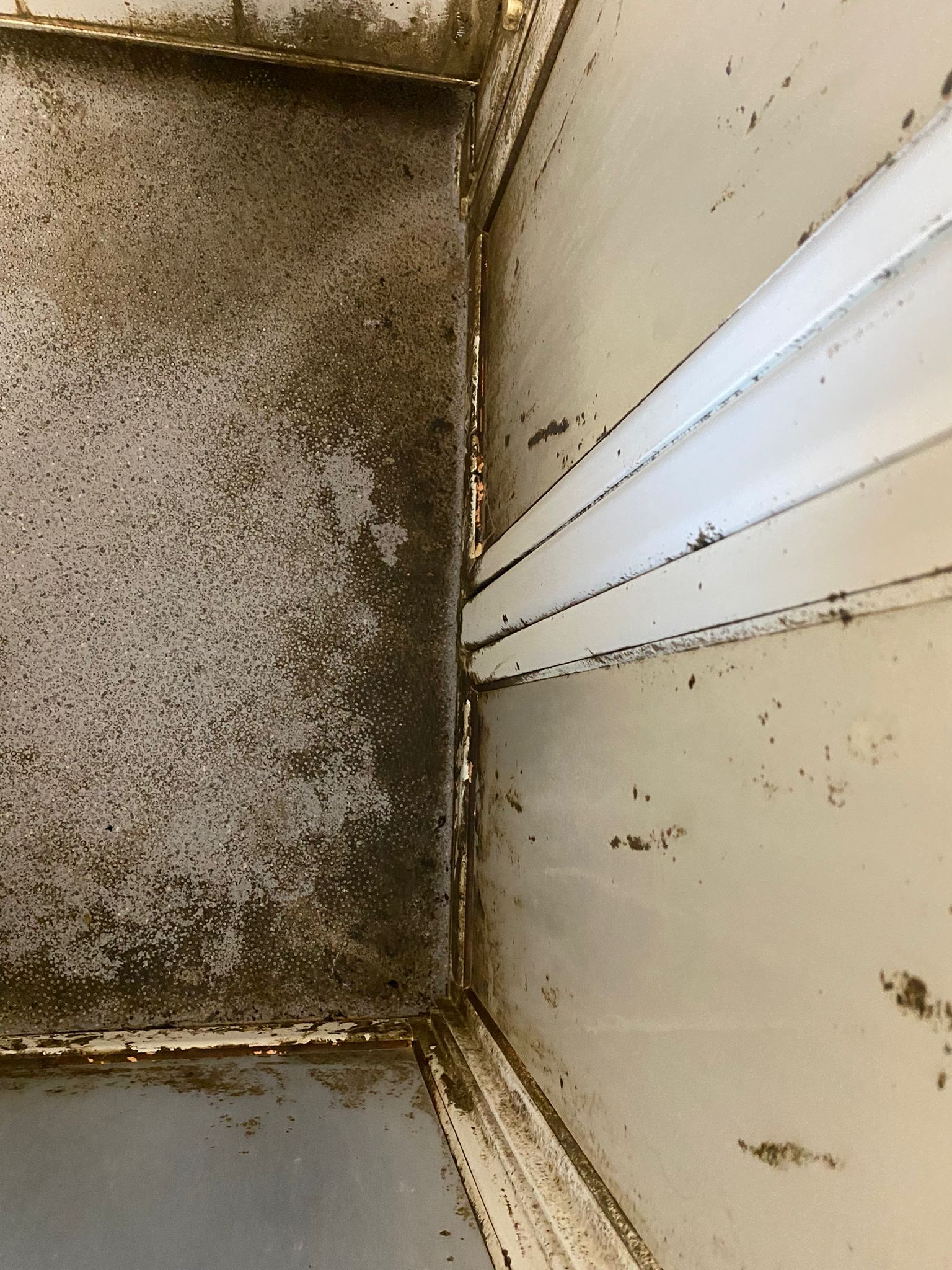 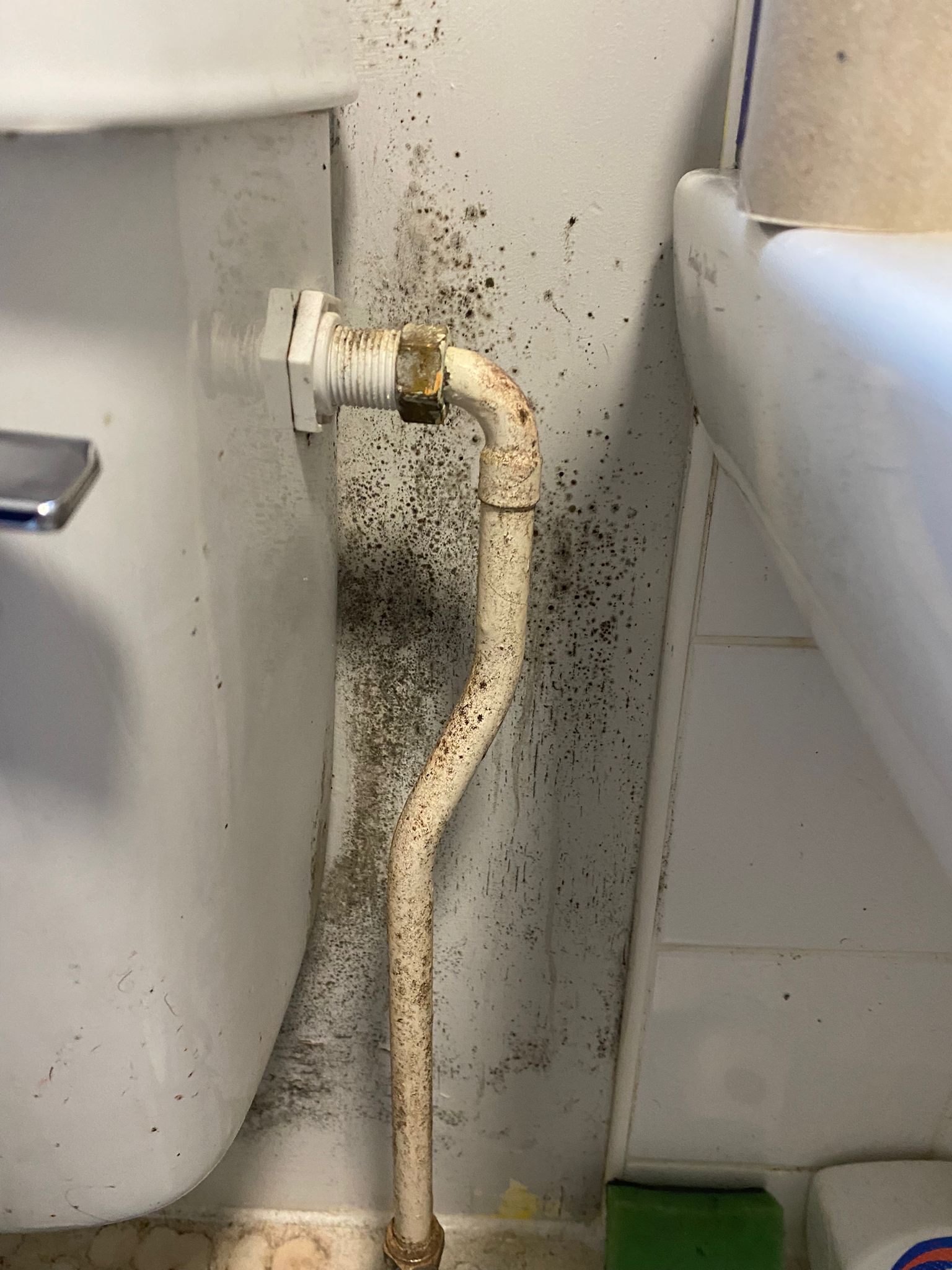