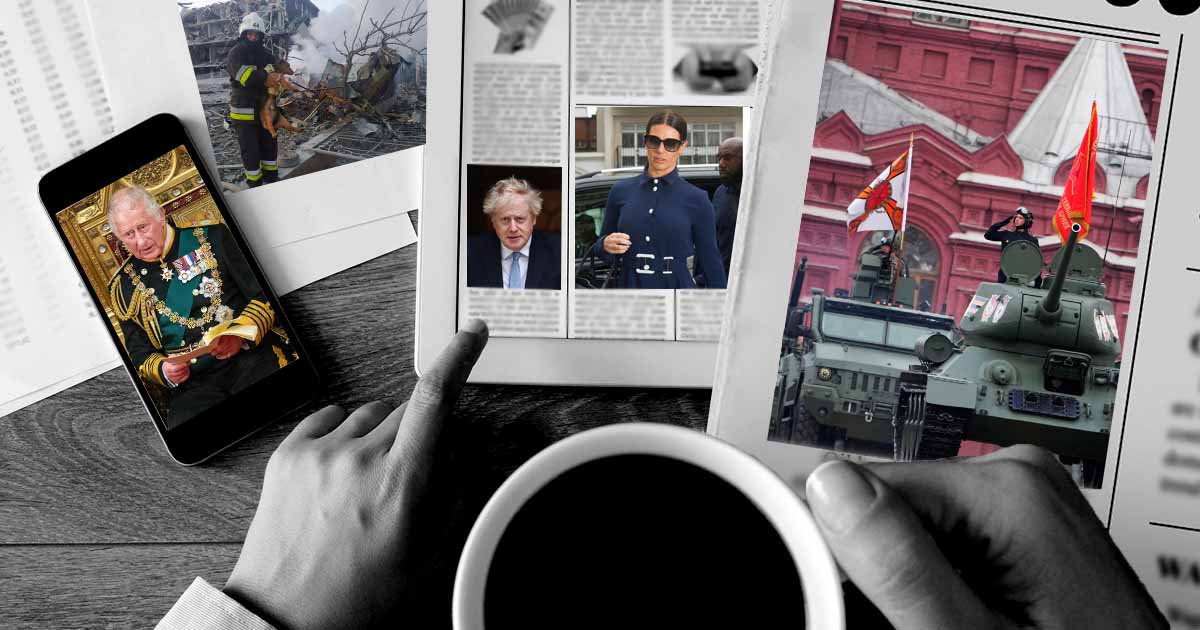 *Please be upstanding for the State Opening of ICYMI, as delivered by Prince Charles.

Mr lord and members of the Metro-reading community, Metro’s priority is to help you spend as little time as possible reading the news.

My Metro recognises that staying on top of this rolling festival of absolute misery is a frightful pain in the arse.

My Metro will endeavour to make it as pain-free as possible, undertaking to condense the most salient developments of the week into a weekend digest.

My Metro will place this before readers every Saturday morning and commits to including at least one story which doesn’t want to make you walk into the sea.

My Metro invites you to read this before you go to the pub, so that you don’t have to look thick in front of your grown-up mates when someone mentions something you didn’t bother reading.

My Metro hopes you have a great weekend and that you, in the name of the crown, send it heartily.

I pray that the blessing of Almighty God may rest upon your counsels.

The great and good assembled in Westminster for the state opening of parliament on Tuesday, a sort of pomp and pageantry expo that looks like an Andrew Lloyd Webber staging of BRITAIN: THE MUSICAL.

For reasons no one can quite remember, a ceremonial character called Black Rod leads MPs to the House of Lords for an audience with the monarch, who is not allowed to set foot in the Commons for reasons pertaining to an unfortunate decapitation incident in the 17th century.

We are, of course, a normal country.

But for the first time since 1963, the Queen was not there to read out the government’s plan for the next parliamentary session.

With his mother side-lined by ‘episodic mobility issues’, Prince Charles stepped in, a moment of genuine constitutional importance – this is the heir to the throne gradually assuming the role of regent, an unspoken transition.

Don’t worry too much about Her Maj, though – in one of the most audaciously blatant bits of skiving we’ve ever seen, she was miraculously well enough to make it to the horse racing on Friday. Good on her.

The government confirmed what we read in The Telegraph a fortnight ago, putting forward 38 bills which look a lot like an election campaign pitch. UNLEASHING Brexit freedoms, TURBOCHARGING levelling up, LOCKING UP school truants (we may have misremembered the last one).

Opposition figures were quick to point out that there was a big cost of living crisis-shaped hole in the middle of it, with precisely sod all in there to help families through this grim tribute act to the 1970s we’ve all been cast in against our will.

TL;DR: The Queen’s Speech was the Prince’s Speech, not the King’s Speech, and absolutely not the Cost Of Living Crisis speech.

The Queen’s Speech fallout became tangled up with the ongoing partygate saga, an affair which we fear will outlast us all.

Sir Keir Starmer gave battle in vain, his erstwhile attempts to land a blow on the government over its legislative programme somewhat overshadowed by his grandstanding announcement that he will resign if he’s fined over beergate.

It turned out Labour’s prize fighter could get away with being undercooked for this bout, so determined were the Tories to punch themselves in the face.

Michael Gove tried out a few new accents in a psychedelic breakfast TV interview, a Conservative council leader and mayor posed for smiley pictures and tucked into a buffet at a ribbon-cutting event for a food bank and a backbencher blamed poverty on people’s inability to cook.

Then, just when it looked like the Tories had engaged in enough foot-shooting action to really put the financial crisis hitting families firmly at the top of the agenda, we were back on to partygate.

A raft of new fixed penalty notices takes the total handed out to attendees of Downing Street bashes to over 100, making it – we kid you not – the most fined address in the country.

Boris Johnson avoided another this time around but continues to await the postman’s arrival nervously every morning.

TL;DR: If you don’t know by now, you never will.

Moscow hosted the Victory Day parade on Monday, the anniversary of the surrender of Nazi Germany, established to remember the millions of people from the Soviet Union – Ukrainians, of course, as well as Russians – who lost their lives in the conflict.

The ongoing assault on Ukraine gave this year’s event a heightened importance and the world waited nervously to see what the Russian president would say.

But speculation that he might try and declare a victory of sorts, announce a mass mobilisation war effort or threaten the West turned out to be wide of the mark (Metro.co.uk did not engage in any of that, of course – no siree, nope, not us).

Instead, he mumbled the usual b******s and then shuffled back to his seat, wrapped himself in a blanket and watched the tanks roll by.

His forces have achieved little this week, failing to make significant gains and being forced to pull back from Kharkiv under pressure from Ukrainian counterattacks.

There was fresh confirmation that Putin’s masterplan to undermine Nato is a total success when Finland – which shares an 800-mile bored with Russia – announced it will apply to join the alliance.

TL;DR: The invasion of Ukraine continues to be an absolutely woeful idea.

It’s the case of the century.

The former is suing the latter for defamation, claiming her reputation was damaged when Rooney claimed – Vardy says falsely – her then-friend had leaked details from her private Instagram feed to tabloid newspapers.

It has turned into an undignified and extremely costly affair, with the parties warned any damages awarded will not top £40,000, a fraction of the million quid legal bills both have racked up.

We could go on about how this case is a gross demonstration of everything that is wrong with Britain’s libel laws and legal system, a racket which disbars normal people who can’t afford the eye-watering lawyer’s fees and has turned the courts into a glorified Jeremy Kyle show reserved for the world’s economic elite, a tool to intimidate and a forum to settle scores.

We could – but we won’t. Instead, here are a few of the best bits:

* Ironically, a film starring another celeb who must regret ever setting foot in a civil court.

TL;DR: We simply will not say anything snide about the man who gave us Mysterious Girl.

It has been another less-than-great week for UK PLC.

Families struggling to make ends meet while WAGs hurl money and insults at each other in the High Court isn’t a great look for the country.

Nor is the spectacle of a political class trying to win the ‘who broke the law least?’ prize during a time of dire international crisis.

So arise Dame Deborah James, who received an honour this week after raising £4 million for cancer charities during what will unfairly be the final months of her life.

The 40-year-old presenter has documented her illness with an honesty that breaks and warms the heart in equal measure, offering real support and practical help to others going through the same thing.

She stopped her treatment this week and is being cared for at home, the final stages of a gruelling fight she has shared with the world.

Reacting to the news she has been made a dame, she said: ‘Small chats really can save lives, small conversations can create ripples far beyond where we might see them, and seeds might grow where we never see their fruits.

‘And there is something exciting and beautiful in that cycle of life. With this money hopefully more people will have more time with their loved ones.

‘Who knows what plants we might grow, but when done with hope, we pray that some blossom into game-changers for our kids, and many more to come.