A MUM who was arrested in front of her kids over "malicious" online posts has said cops should be out fighting "real crime" instead.

Caroline Farrow, of Guildford, Surrey, was cooking dinner for her five children and husband Robin when police hammered down her door. 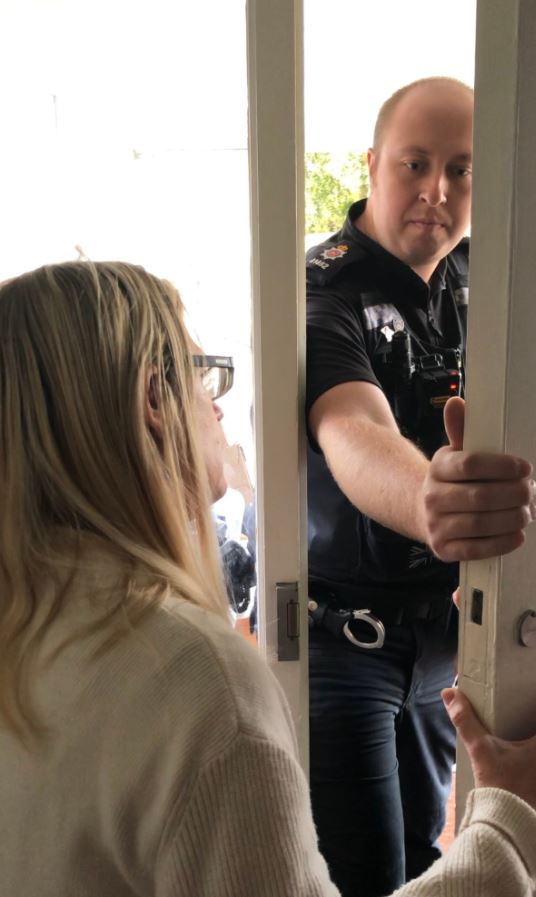 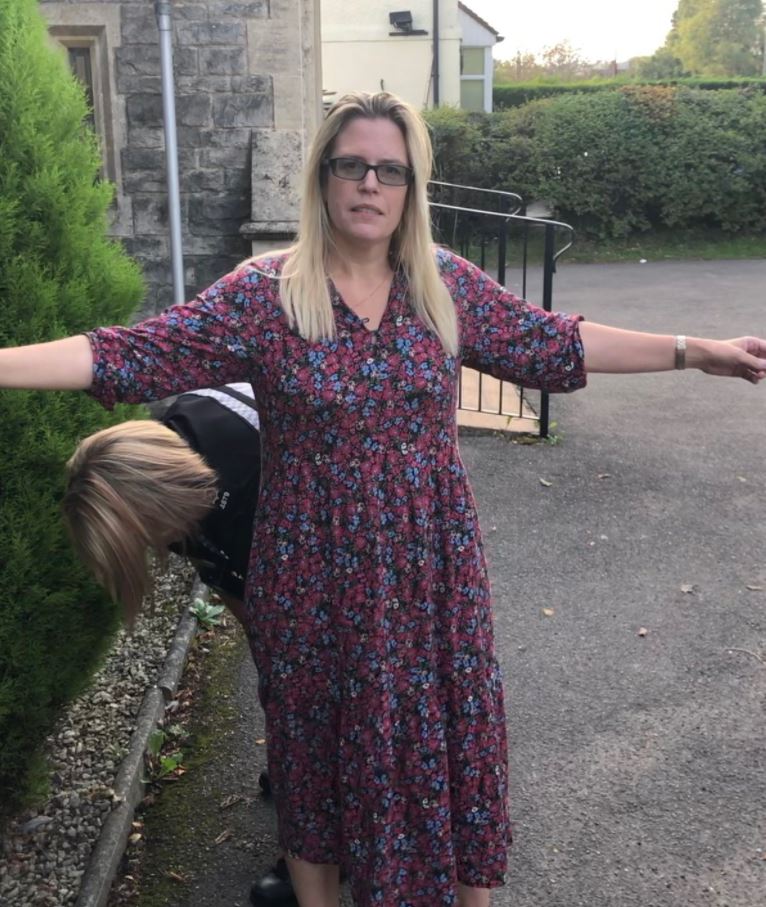 Another shows her being searched outside before she was taken into custody.

She was taken away in a police car in front of her kids and was left feeling "mortified". 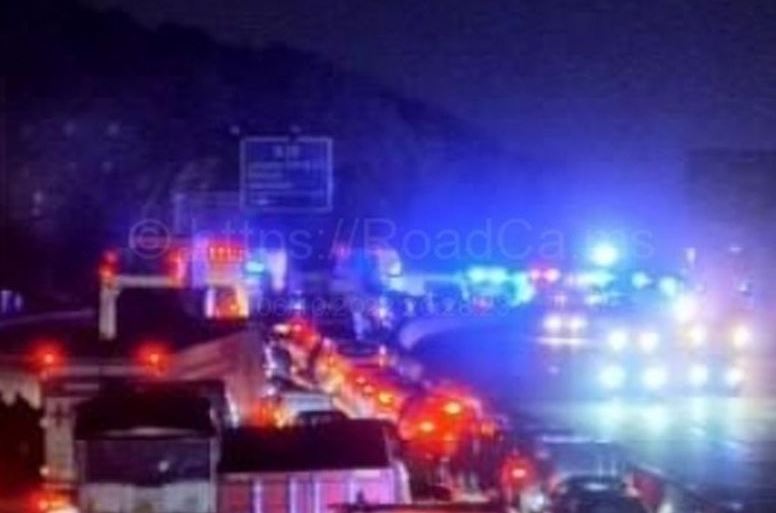 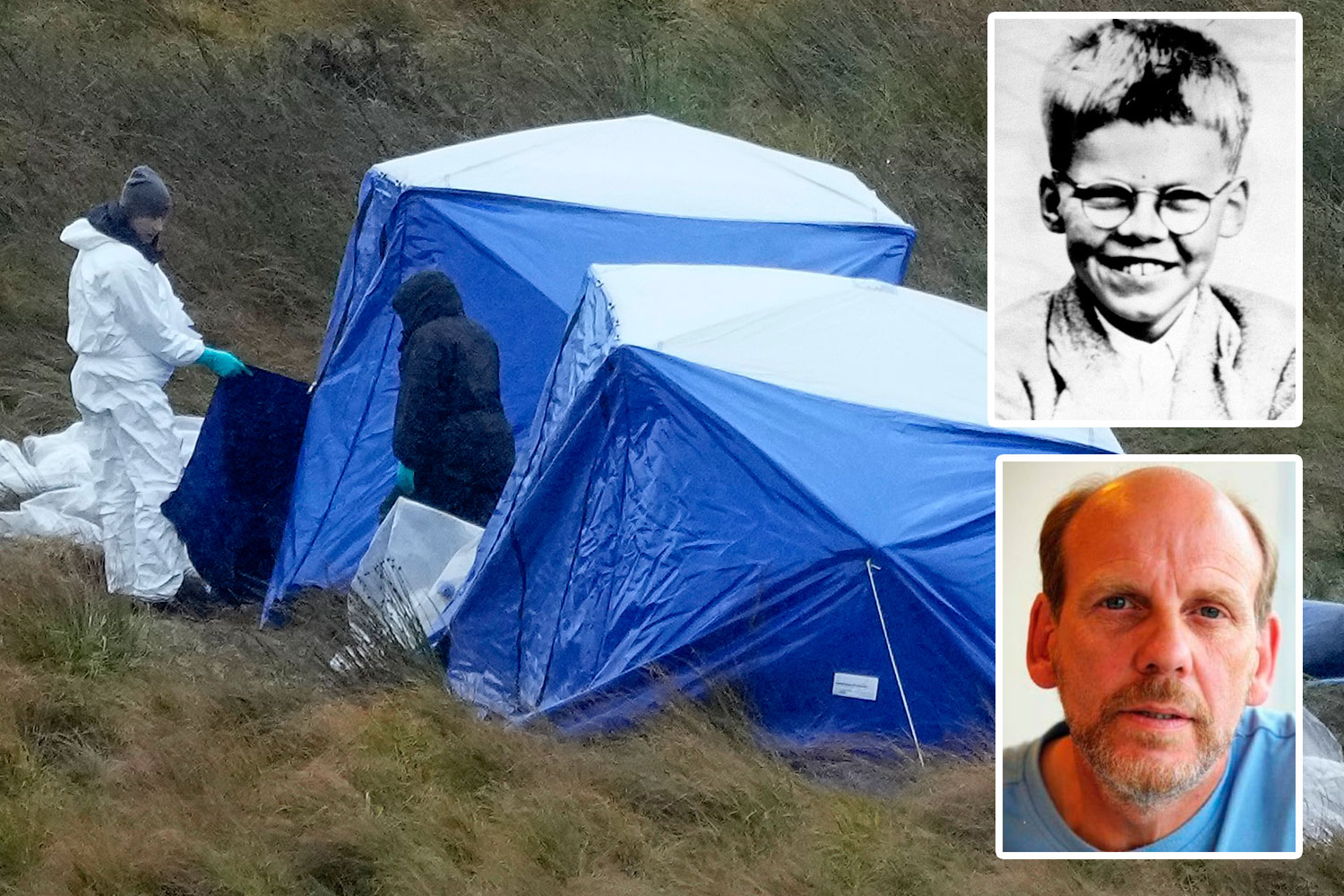 Mrs Farrow told the Mail: "My autistic daughter (12) was asking why they were taking her iPad.

"She got very upset because she listens to the Harry Potter books on it every night. It’s the only way she will sleep.

"My other two daughters had just returned from school and were aghast that police were in the house.

"My seven-year-old son sat on the stairs and heard it all. He was asking me, 'What’s happening? Is that the police, mummy?'".

'LIFE OF THE PARTY'

Cops seized Mrs Farrow's phone, iPad and laptop and she says she spent seven hours at a police station – three of which were in a cell.

She was questioned over two hours before being released under investigation on Tuesday morning.

But Mrs Farrow believes cops should be spending their time investigating "real crime".

She told the Mail: "Try getting the police out for a burglary these days and it’s nigh impossible.

"But exercising your right to free speech on Twitter – the modern public square – and it’s a different story."

"I have suffered the most awful harassment and abuse for four years from trans rights activists and each time I have complained to the police they have done nothing to help me.

"And yet, those same activists are able to use the police as their own private militia. It’s ridiculous."

Temporary Detective Chief Inspector David Bentley said hardware is taken in instances of officers working to "gather further evidence and carry out an investigation to prove or disprove the allegation".

Mrs Farrow told GB News: "One minute I was making dinner for my kids and then next I was having my socks checked for drugs. This took up an entire shift. What an absolute waste of police's time.

"I was then shown other material that police were accusing me of sending. None of them were my doing."

Mrs Farrow denies the accusations, claiming she was playing the organ during Mass at the Holy Angels Church in Aldershot when the posts were uploaded. 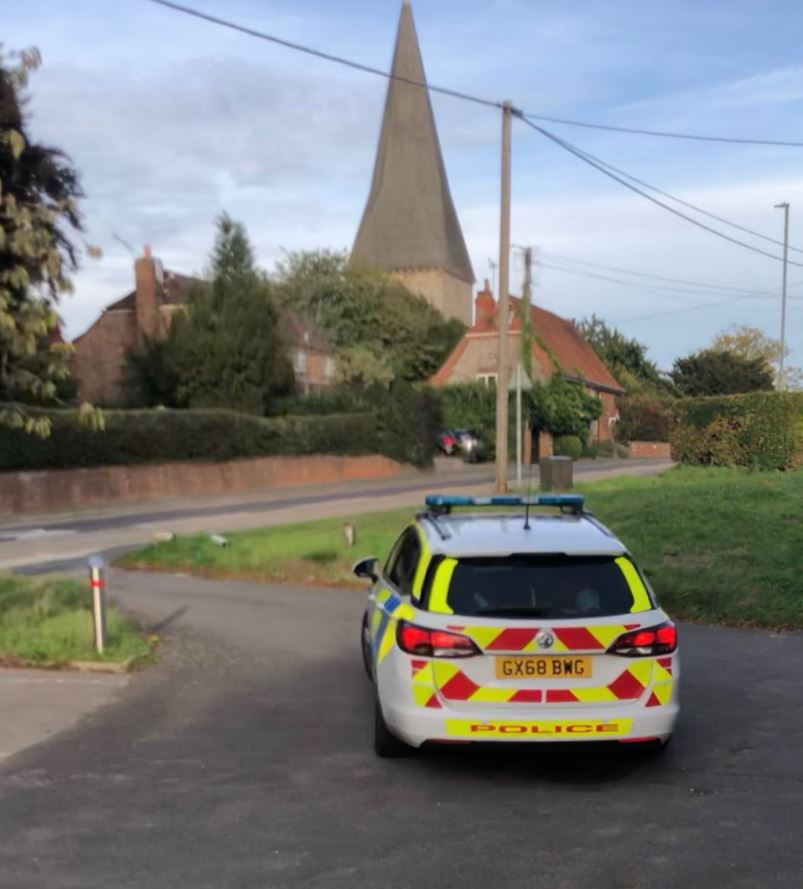