The House Intelligence Committee released a "trove" of documents that were obtained from Giuliani's close associate and Soviet-born businessmen Parnas. 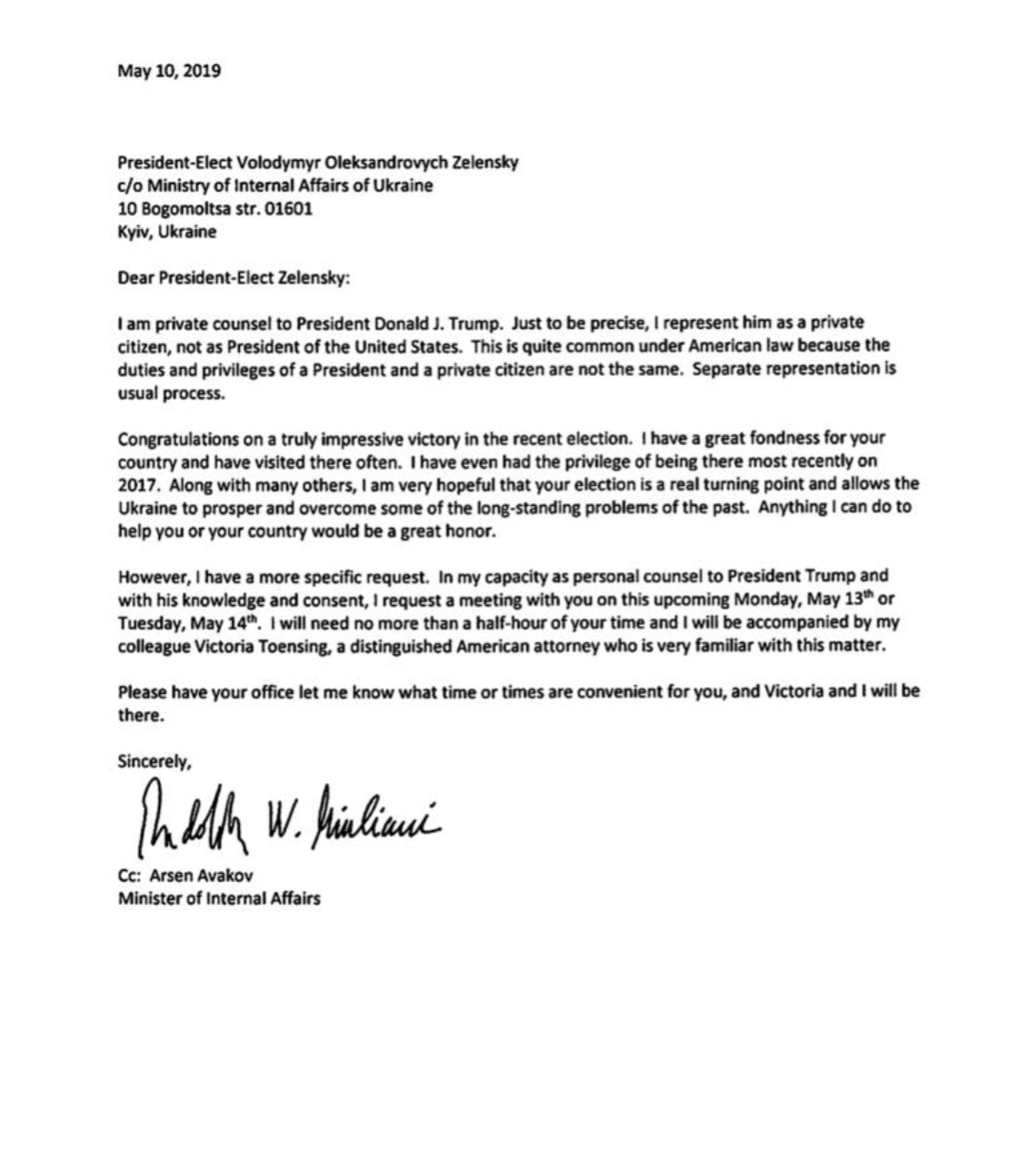 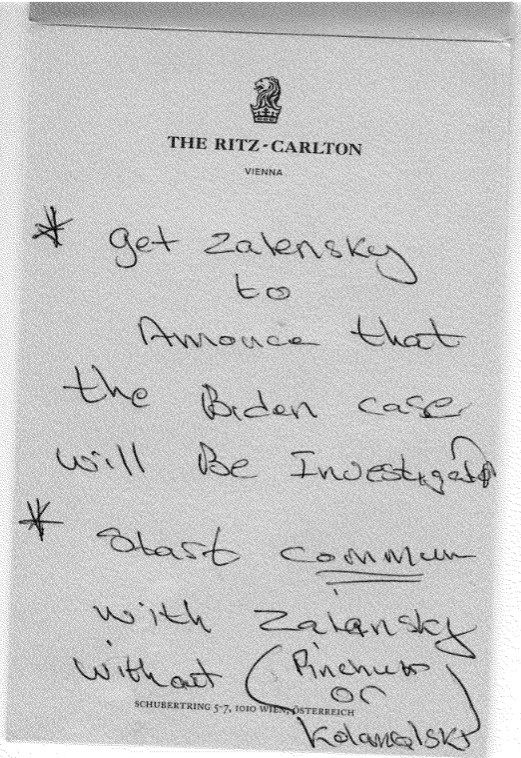 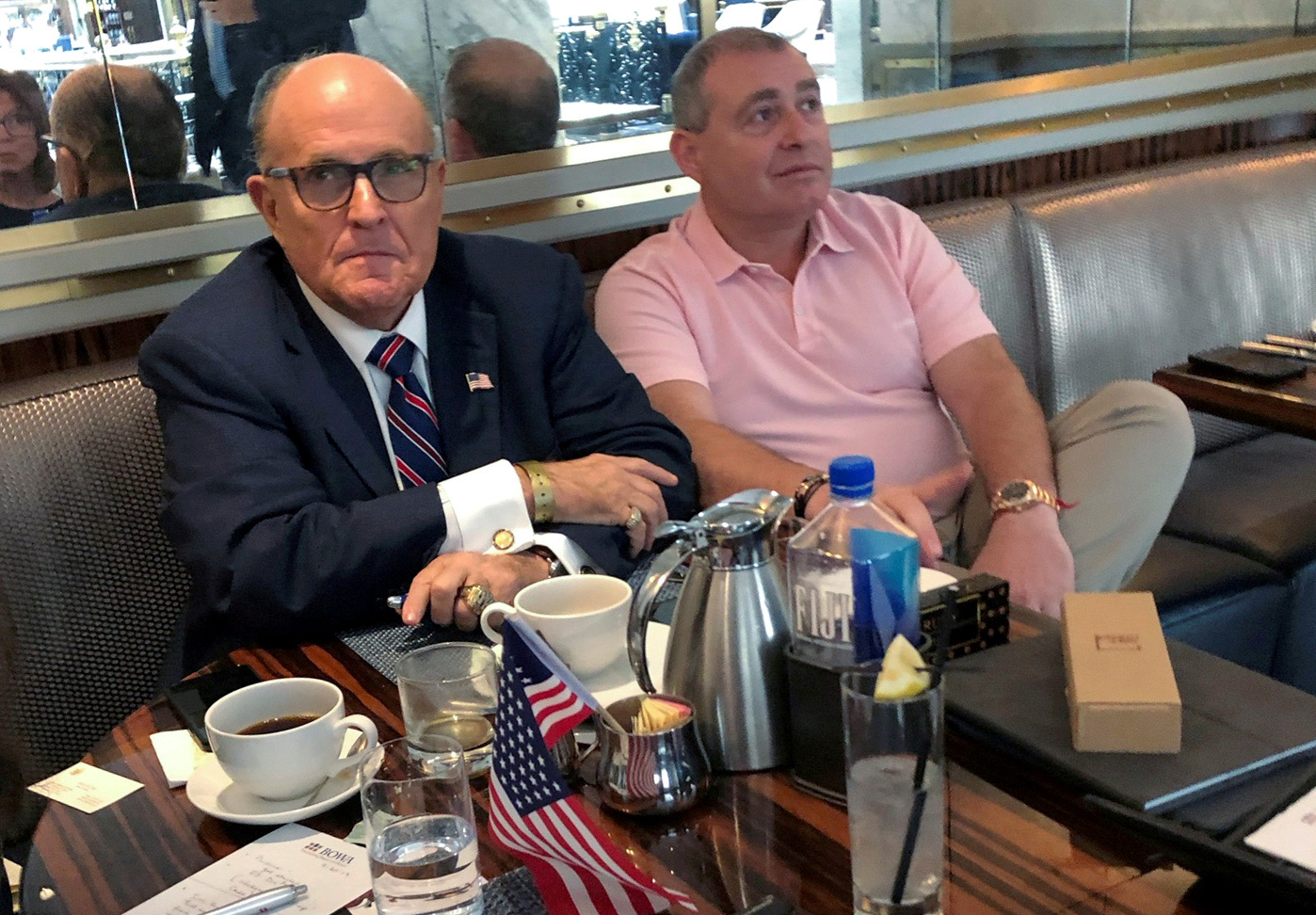 Included in the documents is screen grab of a previously undisclosed letter from Giuliani to Ukrainian President Volodymir Zelenskiy dated May 10, 2019, prior to Zelenskiy taking office.

The letter shows that Giuliani requested a meeting with Zelenskiy as personal counsel to President Trump – with Trump's knowledge and consent.

He also stated Victoria Toensing, a Washington attorney and Trump ally, would be joining him.

Among the thirty-eight pages of documents were texts, flash drives, and phone records.

The bombshell files were released as the Senate prepares for Trump's impeachment trial which is reportedly set to start next week.

Some of the docs showed that Parnas was in contact with Giuliani before ousted ambassador Marie Yovanovitch's removal.

They are being used by Democrats as evidence in President Donald Trump's impeachment trial.

Another document said: Get Zalensky to announce that the Biden case will be Investigated."

According to Democrats, Parnas' attorney confirmed the notes were written by Parnas. 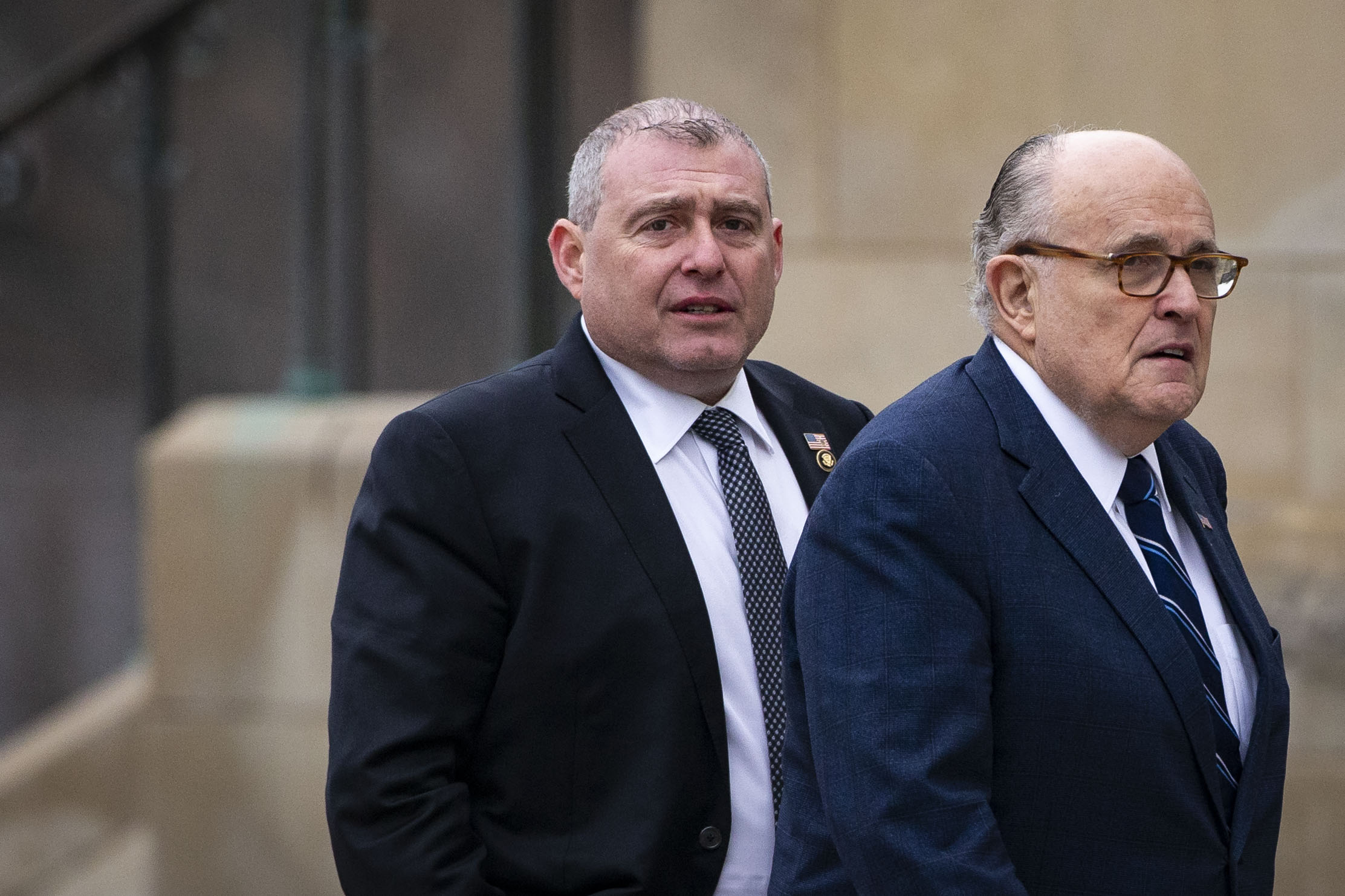 Hyde's messages even make it seem as if he had people tracking Yovanovitch's movements, it's been suggested.

In a message to Parnas, Hyde wrote: “She’s talked to three people. Her phone is off. Her computer is off.”

He added: ''They are willing to help if we/you would like a price,” and “guess you can do anything in Ukraine with money … is what I was told.”

Hyde continued: “If you want her out they need to make contact with security forces.”

Robbins stated: “Needless to say, the notion that American citizens and others were monitoring Ambassador Yovanovitch’s movements for unknown purposes is disturbing.

"We trust that the appropriate authorities will conduct an investigation to determine what happened."

Parnas and Igor Fruman were arrested in October at an airport outside Washington DC as they attempted to flee the US.

The pair reportedly helped Trump's attorney Giuliani dig for dirt on Democratic presidential candidate Biden, as well as contributing $325,000 to a pro-Trump group.

Trump's request in a July phone call for Ukrainian President Volodymyr Zelenskiy to probe Biden is the focus of the impeachment inquiry into the president.

Despite previously having dinner with one of the arrested men at the White House, Trump denied knowing either of them.

On the South Lawn at the White House, the president said: "I don't know them.

"Maybe they were clients of Rudy. You’d have to ask Rudy. I just don’t know."

Parnas and Fruman were charged with four counts, including conspiracy, falsification of records and lying to the Federal Election Commission about their political donations.

The pair had worked with Giuliani to promote investigations in Ukraine, and the two men also had ties to senior Republican officials, reports have claimed.

Democrats voted to impeach President Trump for abuse of power and for obstruction of Congress in December.

Dad of missing girl, 7, is 'a murder suspect after he shot dead a man'

He is set to face an impeachment trial in the upper house of the US Congress, the Senate, reportedly due to start next week.

But because of the Republican majority, it appears doubtful the Democrats will get the two thirds of all senators needed to convict Trump and kick him out of the White House. 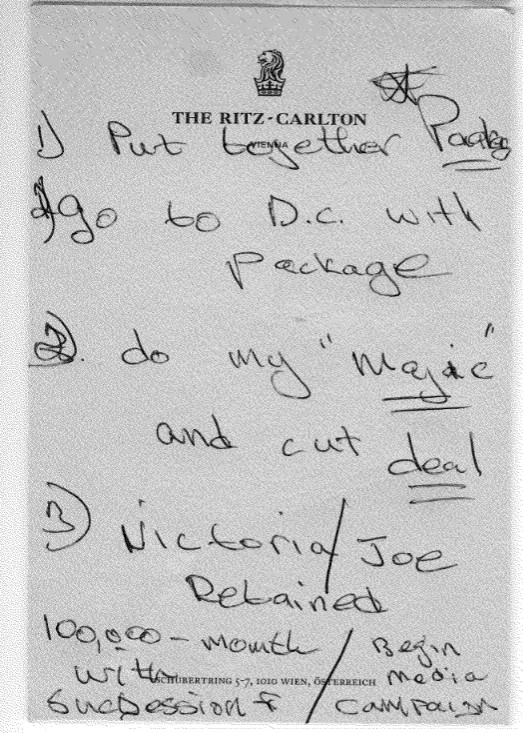 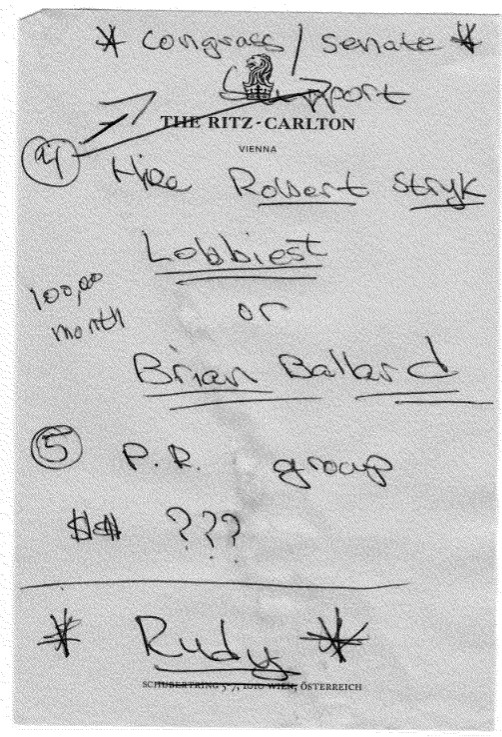 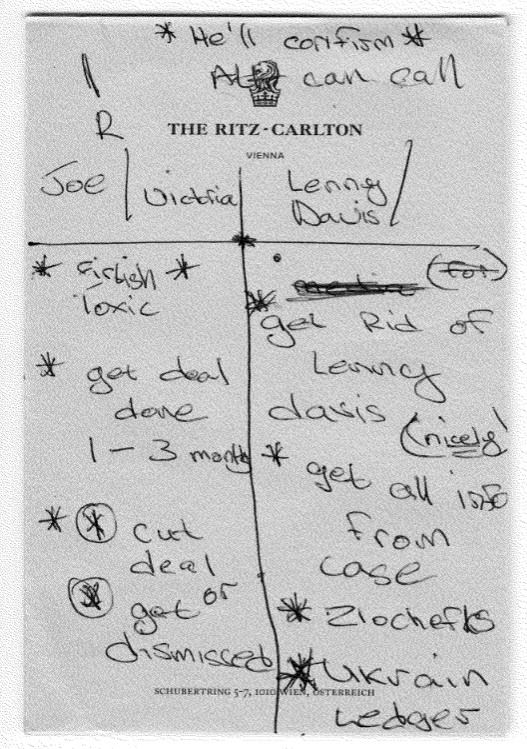 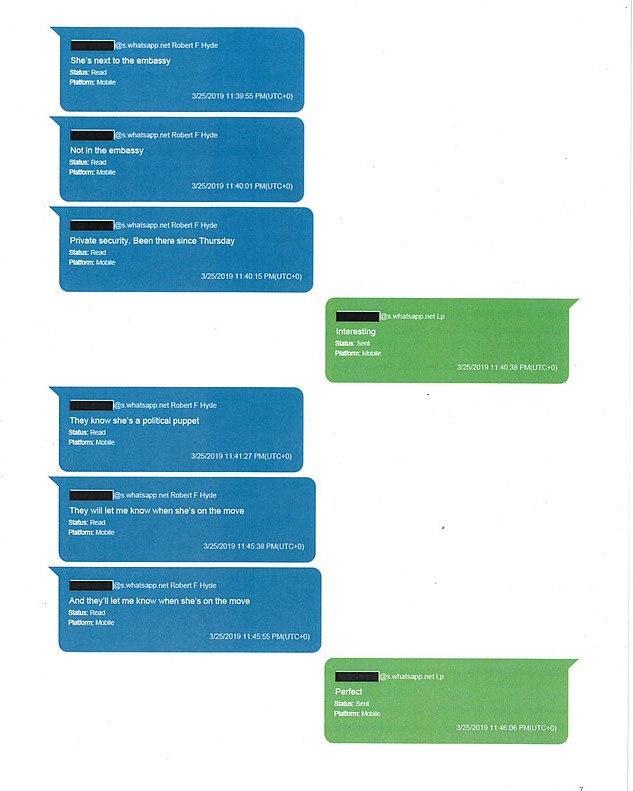