INCREDIBLE pics show the moment a 30-stone gorilla is swabbed for coronavirus during an operation to fix injuries he received during a brawl with his brother.

Shango, a 31-year-old lowland gorilla, developed a fever after being brutally wounded in the fight and was swapped for the deadly bug by handlers at the Miami Zoo. 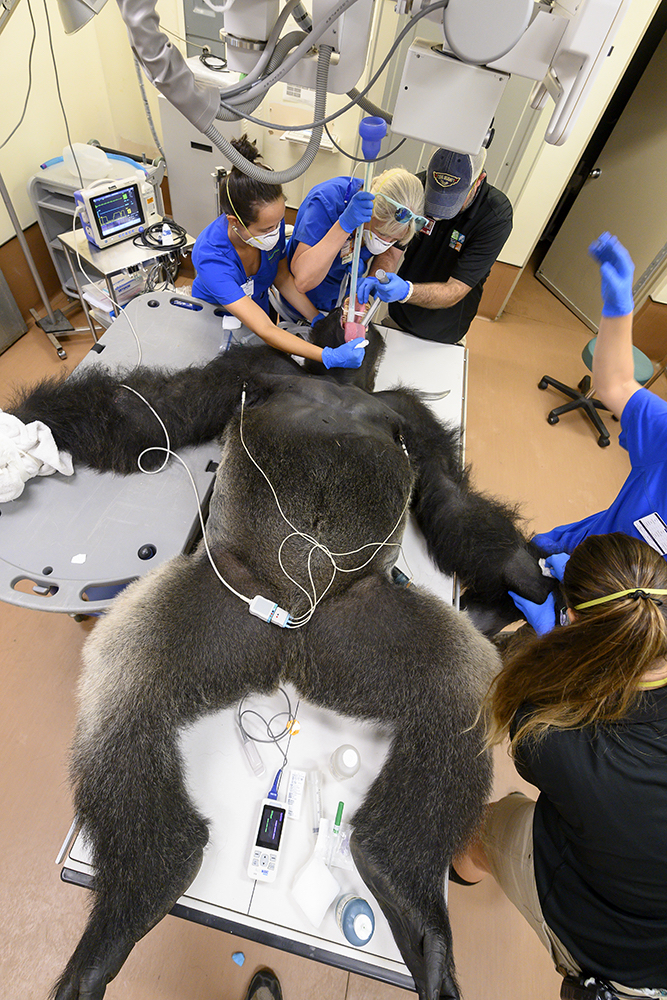 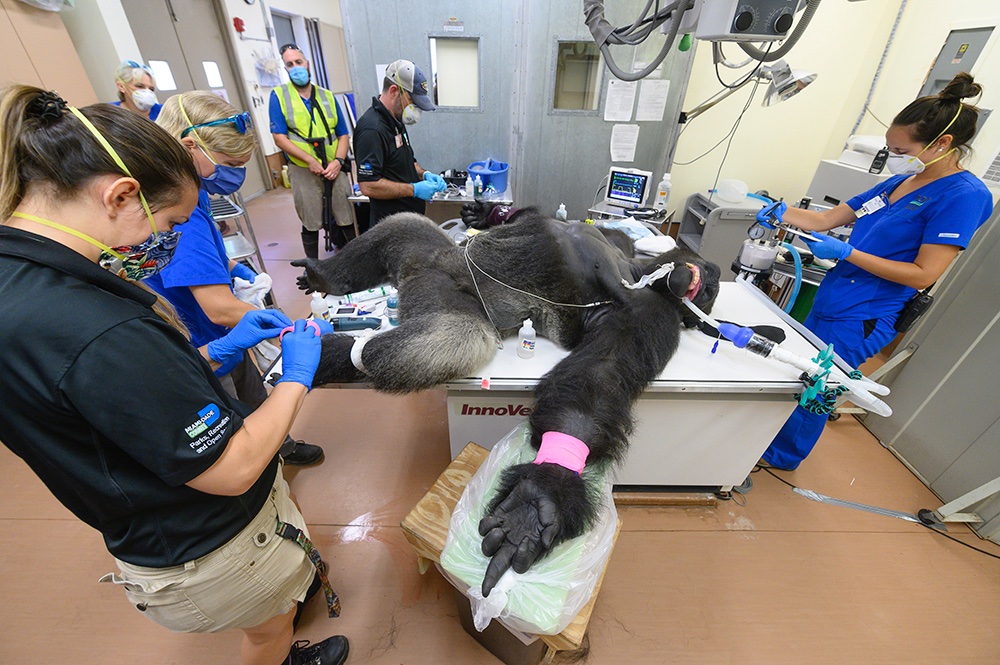 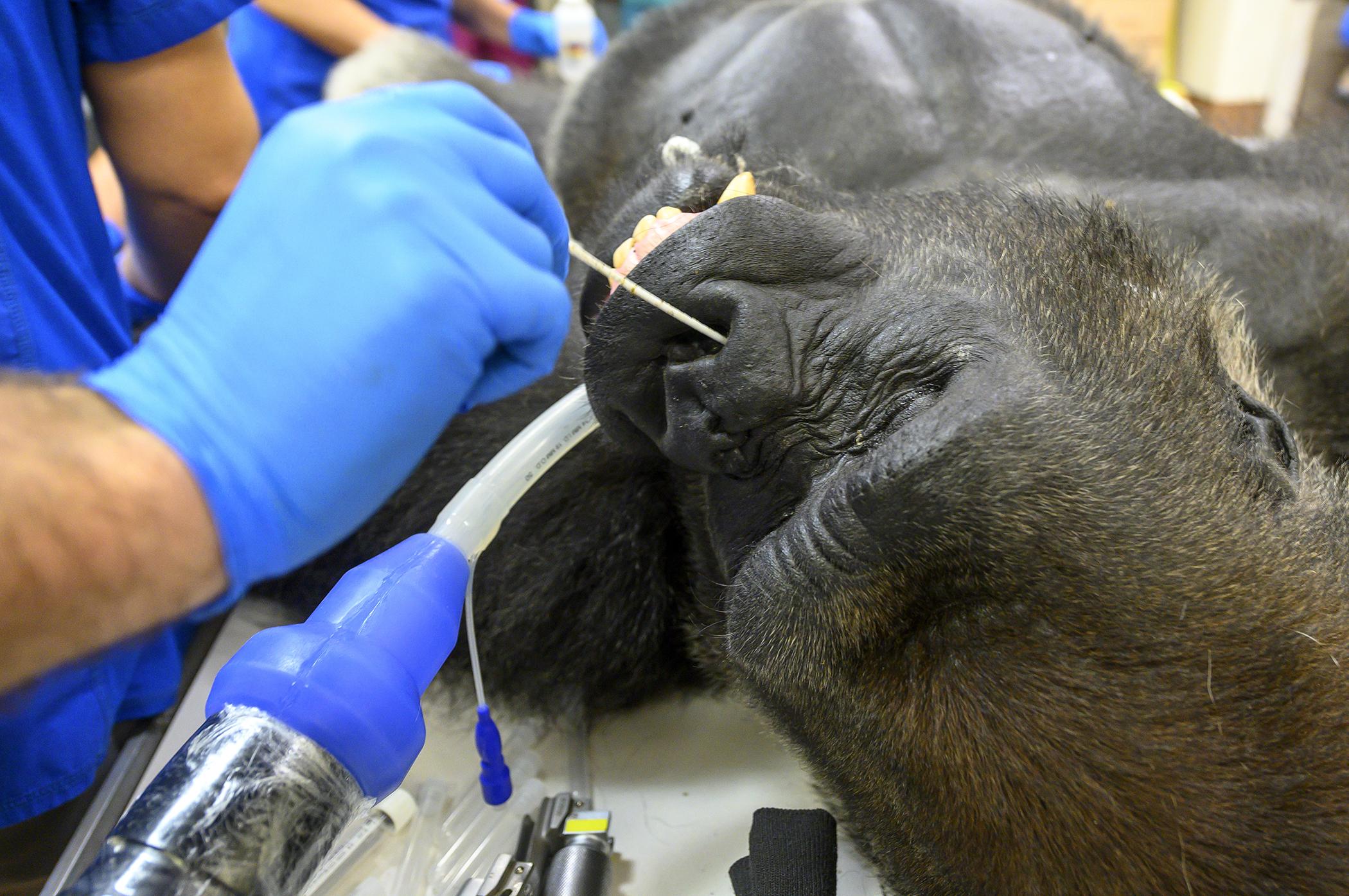 The adult male was left with several injuries, including a deep bite wound and gashes to his body.

A medical team sedated the gorilla on Wednesday in order to carry out the treatment after noticing him being especially protective of a wounded arm.

Incredible photos show the 433lb (196kg) animal lying on the operating table as vets administer an X-ray, ultrasound, vaccinations, a TB test and a bronchoscopy.

The Zoo's medical team are also seen administering a coronavirus testing swab and taking the sample in a series of photos.

The team luckily did not find any permanent damage and no skeletal breaks or abnormalities were found, CBS Miami reported reported.

The brothers, both lowland gorillas, have lived at Zoo Miami since they were transferred from the San Francisco Zoo in May 2017.

Fights among the animals are not uncommon, but they normally involve more posturing than actual fighting.

Shango has since been returned to his usual habitat in the zoo, but zoo keepers are yet to decide whether to reunite the siblings.

That will depend on behavioural tests, as well as Shango's physical recovery.

Shango and Barney were both born at San Francisco Zoo and moved to Miami in 2017.

Coronavirus is believed to have originated in animals, however, the risk it passing from animals to humans is considered extremely low.

Big cats at the Bronx Zoo in New York City came down with coronavirus in April.

And several dogs and a cat tested positive for Covid-19 following close contact with infected humans, according to the World Organisation for Animal Health. 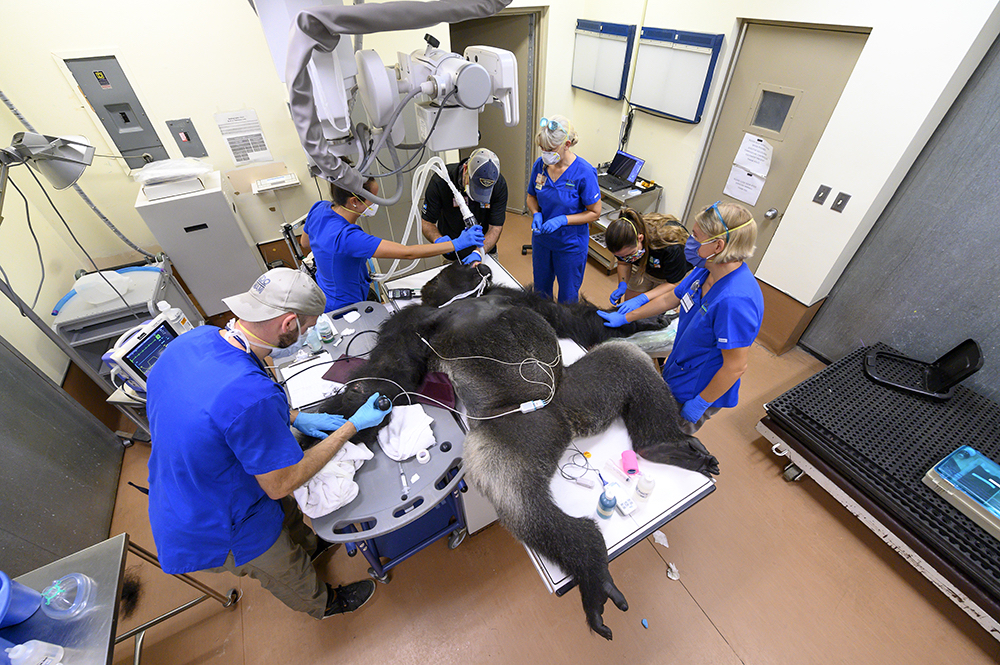 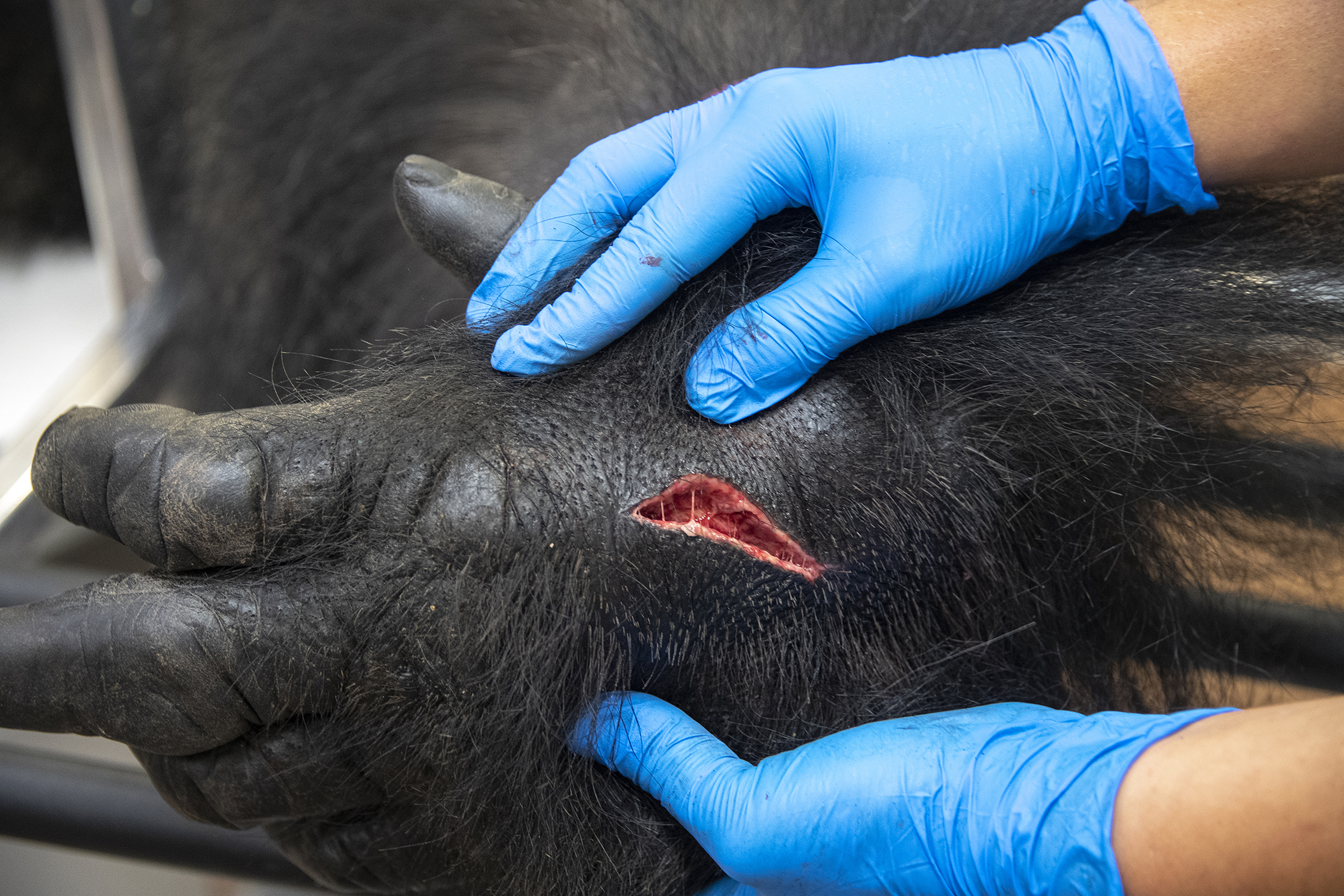 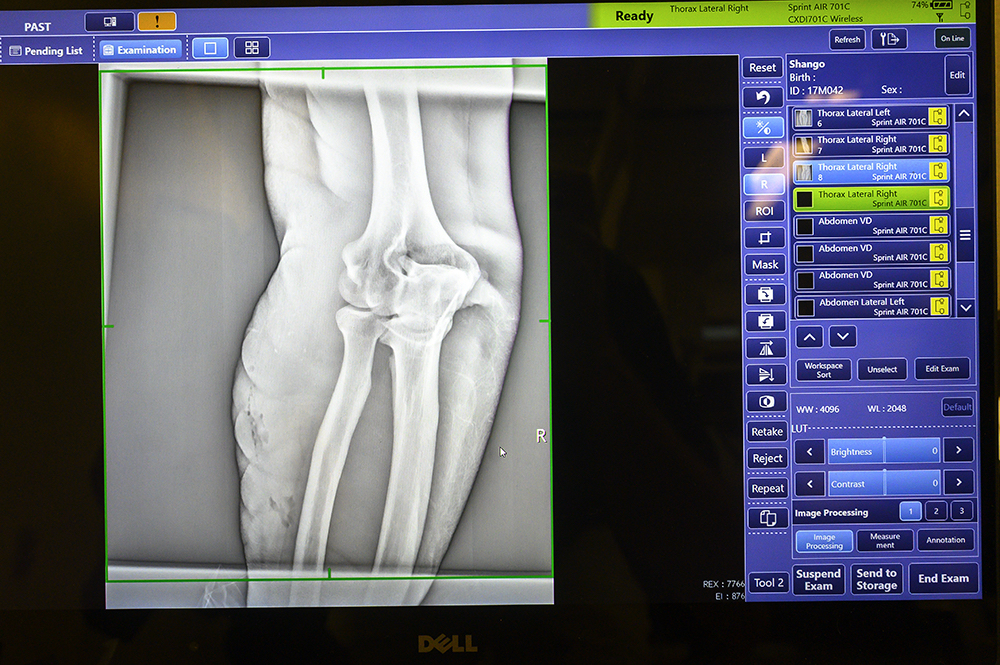 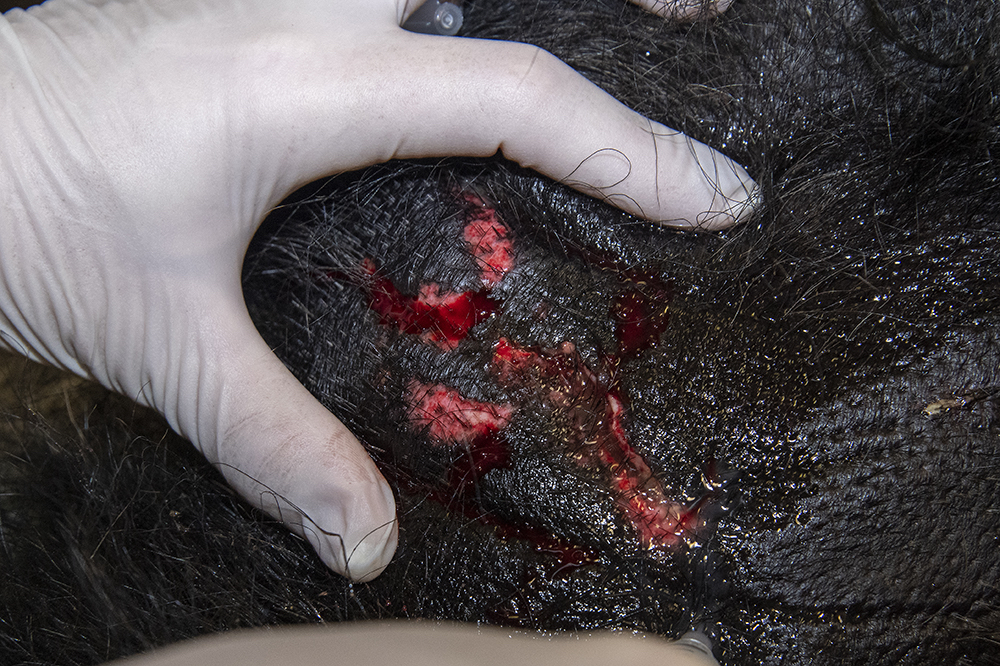 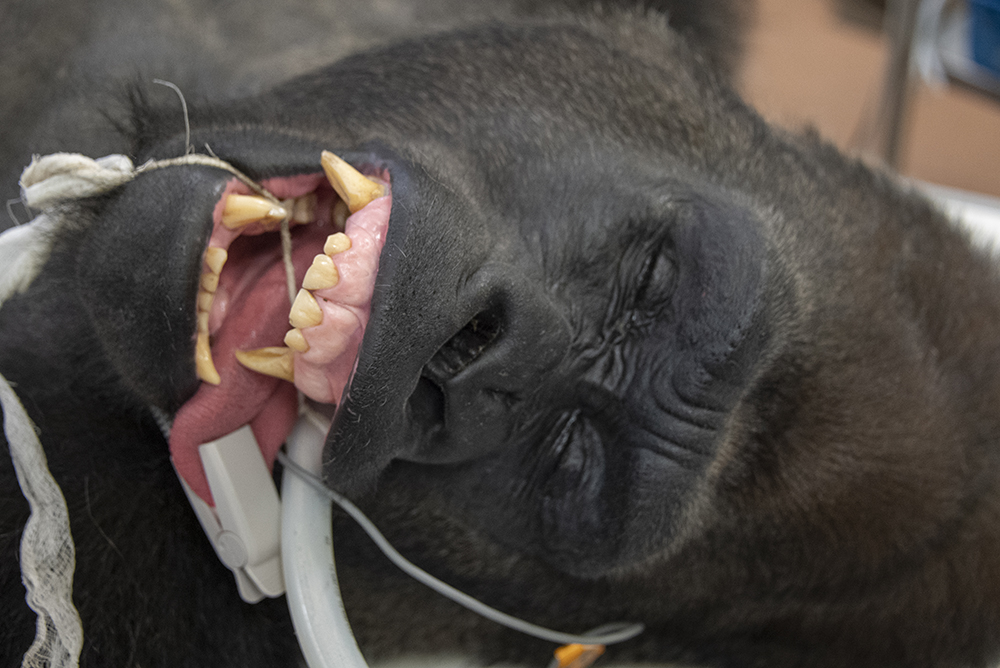 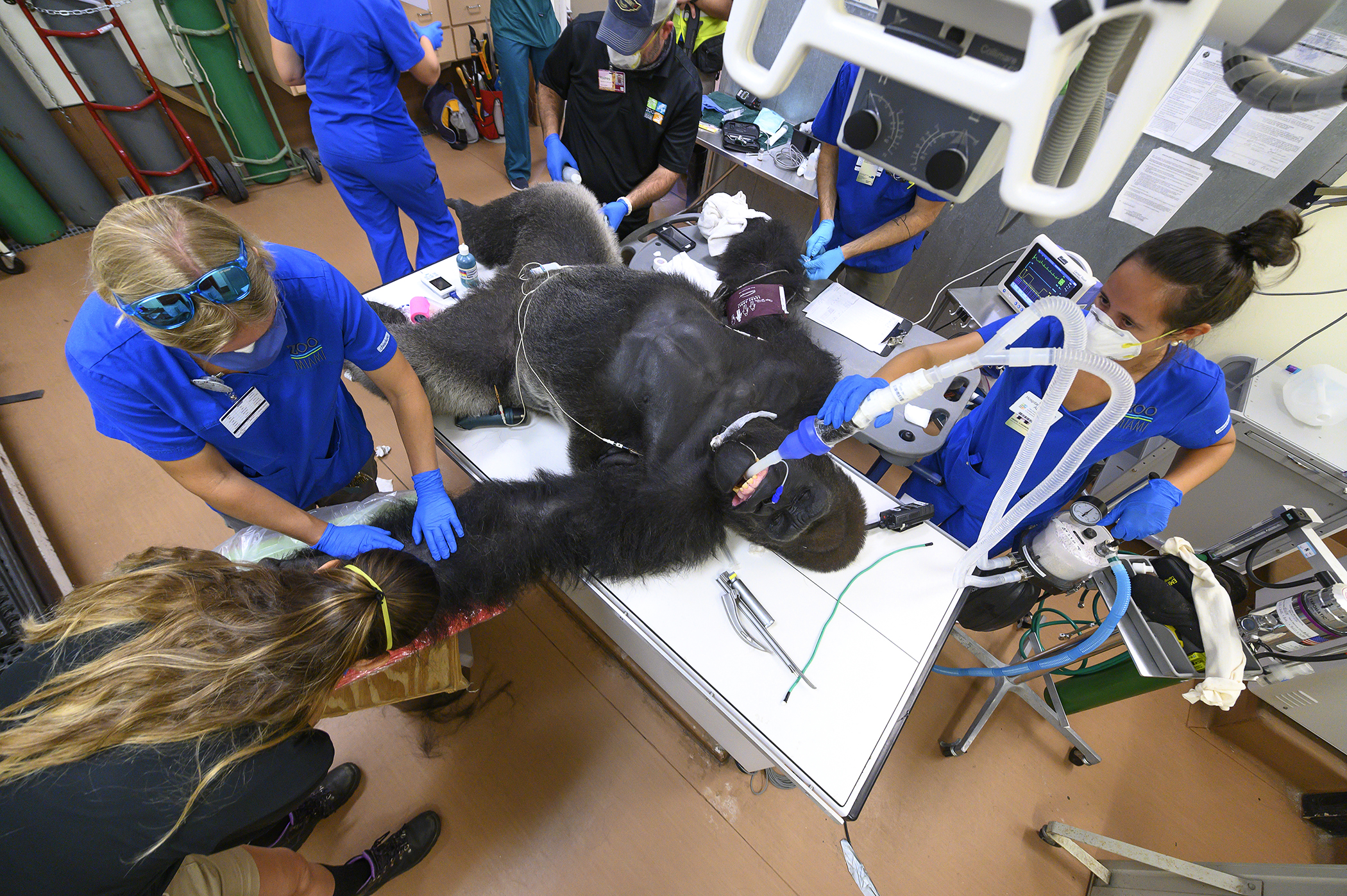 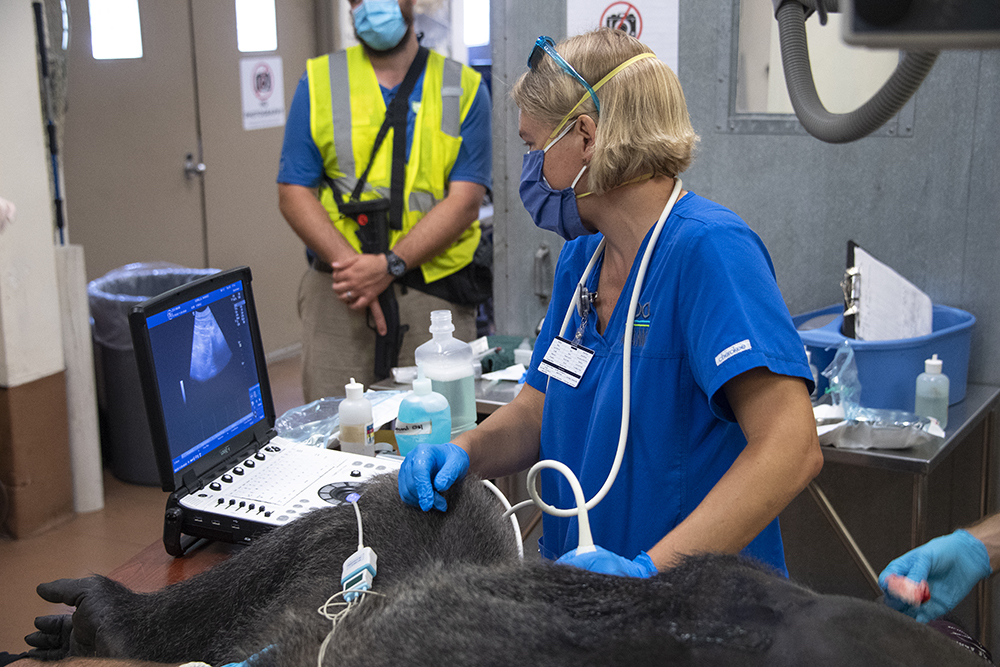 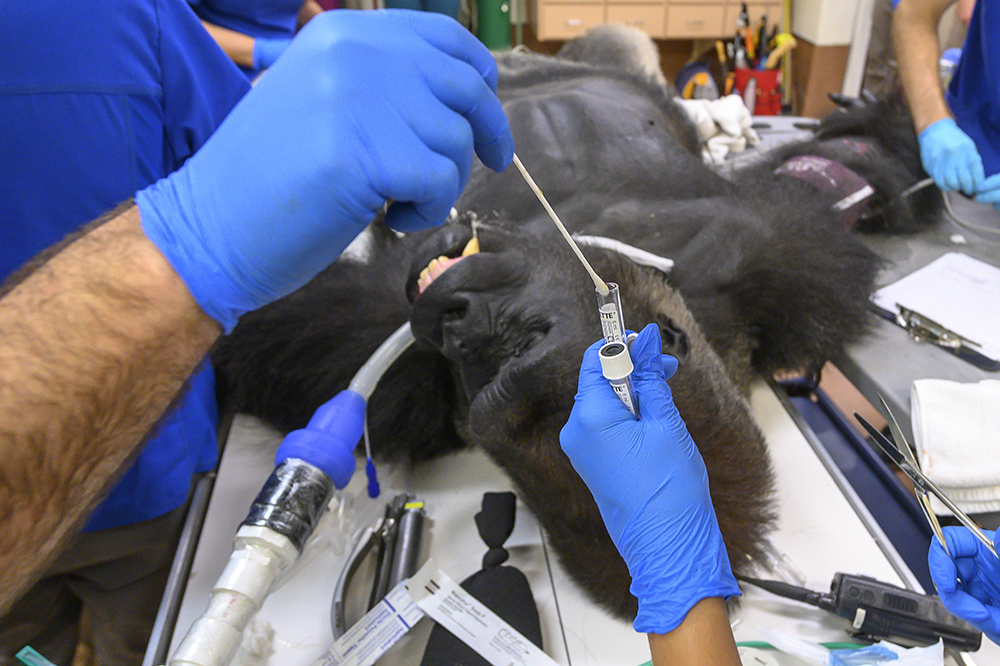 A dog named Bear is saving koalas from wildfires in Australia