Home » Inside the courtroom for Melbourne’s ‘bizarre’ legal soap opera

The legal soap opera was about as salacious as it gets but the courtroom was relatively empty for the opening arguments on Monday morning.

Days later, a packed public gallery in the County Court was watching one of Melbourne’s most sensational defamation trials, as lurid allegations of sex addiction, drug use and cheating were aired in public. 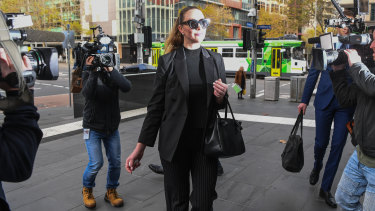 On one side of the room sat the plaintiff, 48-year-old IT consultant Constantine Arvanitis. He wore suits in various shades of grey and blue during the week as he answered for his womanising, occasionally sweeping back his thick black hair as he did so.

Selina Holder, his 39-year-old ex-girlfriend, sat on the left of the courtroom as the defendant. When not taking notes, she tapped her ringed fingers on the page and listened to her former boyfriend give evidence about her being violent towards him and sending abusive messages.

For almost two days, she watched as Mr Arvanitis told of a vicious campaign she had allegedly waged against him since their break-up in 2015. He agreed that he has used drugs and slept with multiple women at the same time, but he denied allegations he was a sex addict or a criminal.

At the centre of the case are two documents. One is a letter that Ms Holder allegedly co-wrote telling Mr Arvanitis’ new fiancee to leave him. The other is a separate legal document containing serious allegations sent by Ms Holder to Mr Arvanitis’ future sister-in-law. 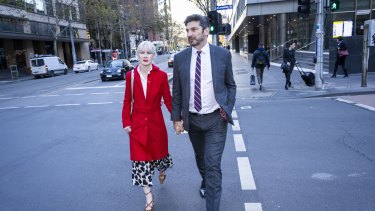 Lawyer Barrie Goldsmith is preparing to argue a defence of truth on behalf of Ms Holder, which will mean stacking up a string of allegations. One claim of criminality is so serious it has been suppressed by the courts.

Retained from early on in the proceedings, the bespectacled Sydney solicitor flew down to Melbourne just to appear in court. He has described it as “one of the most bizarre cases” he has seen.

On Tuesday night, he took himself out to a steak dinner at a stone grill restaurant. He said he wanted some “red meat” before getting the chance to cross-examine Mr Arvanitis.

That moment is yet to come, with Mr Arvanitis still giving his evidence-in-chief. However, Mr Goldsmith has already tried to pick holes in the case, describing it at various points as a “fantasy”, “hopeless” and “lamentable”. 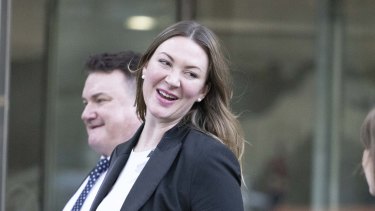 The barbs have extended to the bar table, where Mr Goldsmith regularly sparred with Mr Arvanitis’ lawyer, Paul Hayes QC.

Mr Goldsmith mistakenly referred to the silver-haired barrister on the other side as “Mr Healy” and then apologised for his error.

Presiding over the case is Judge Julie Clayton, who has at times sounded exasperated as she asked both parties to attempt mediation. The judge-only trial was put on hold for almost a day while negotiations took place before the truce ended. 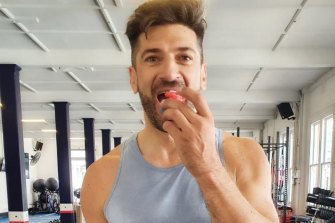 Constantine Arvanitis has admitted previously having a cocaine addiction.Credit: Supplied

All of this has played out in front of court reporters from Melbourne’s major newspapers and TV networks. Even the ABC, usually more demure in its story choices, attended court at one point.

The case has attracted media attention not just because of the salacious details but also the unusual nature of a defamation trial between two former lovers over documents seen by a handful of people.

While defamation lawsuits are more likely to involve members of the public than a politician suing a newspaper or celebrity taking on a magazine, it’s still unlikely for them to get to trial.

It’s estimated that 90 per cent of matters settle before going before a judge or jury, with the primary reason for that being the high legal costs.

One defamation lawyer told The Age that cost of running a County Court trial would be in the hundreds of thousands of dollars for each side. Barristers alone can cost $10,000 per day.

But despite having plenty of time to end their case and stop the lawyers’ picnic, Mr Arvanitis and Ms Holder have chosen to fight it out to the bitter end.

With the bills increasing every day, both parties may be banking on winning so they can get their costs paid by the other side. Such orders work on a sliding scale, with successful parties getting about half of their money back.

However, there is a provision in Victorian defamation legislation for indemnity costs, which would cover almost all legal fees if a defendant fails to accept a settlement offer from the plaintiff and then loses.

In open court on Monday, an offer was dramatically put to Ms Holder to settle the case for $5000 without the need for an apology. She knocked it back.

The hearing continues on Monday.