BLACK Friday is considered the start of the Christmas shopping season as consumers try to find a bargain by indulging in some festive fun.

The holiday is synonymous with crowds gathering in the middle of the night waiting for stores to open their doors. 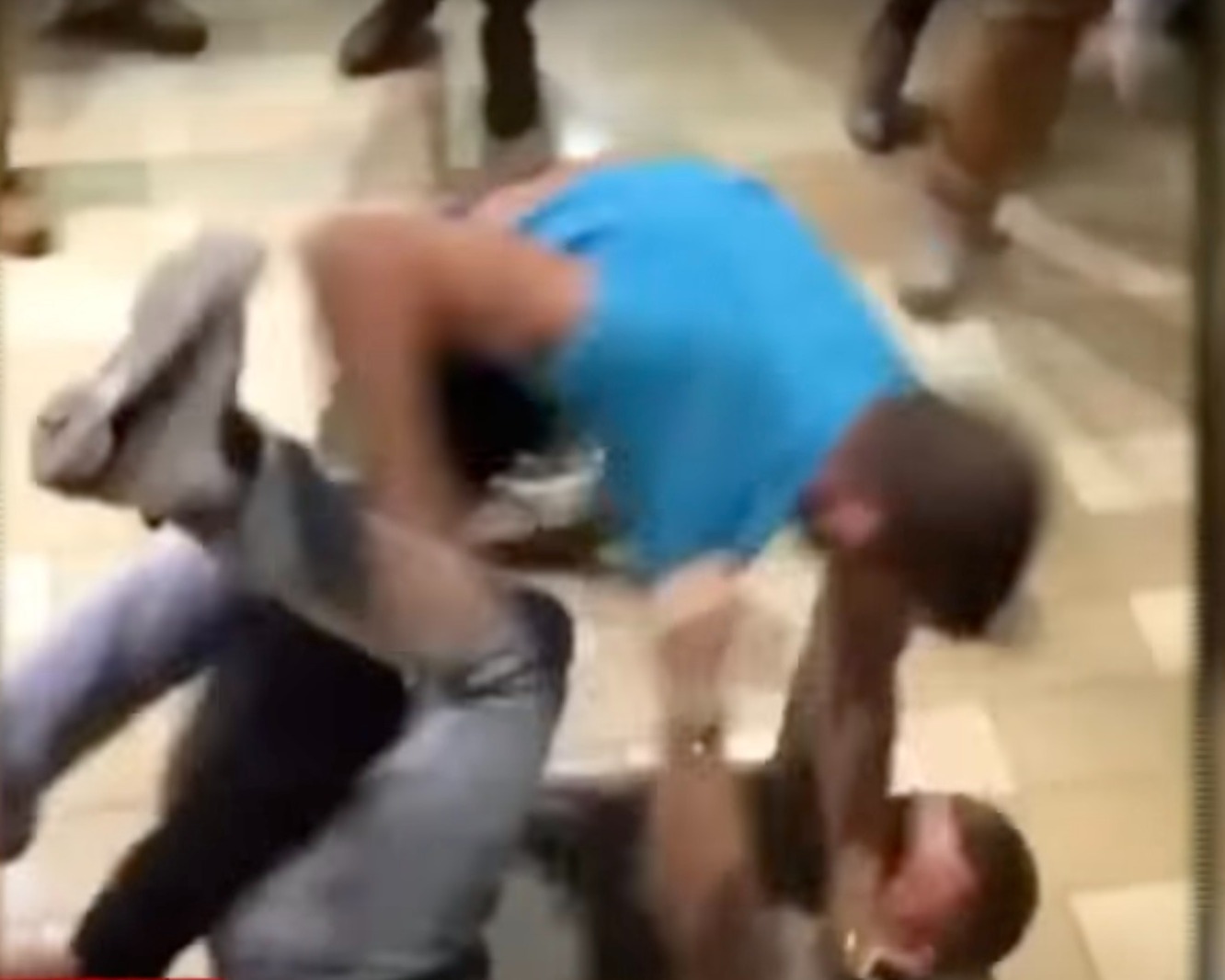 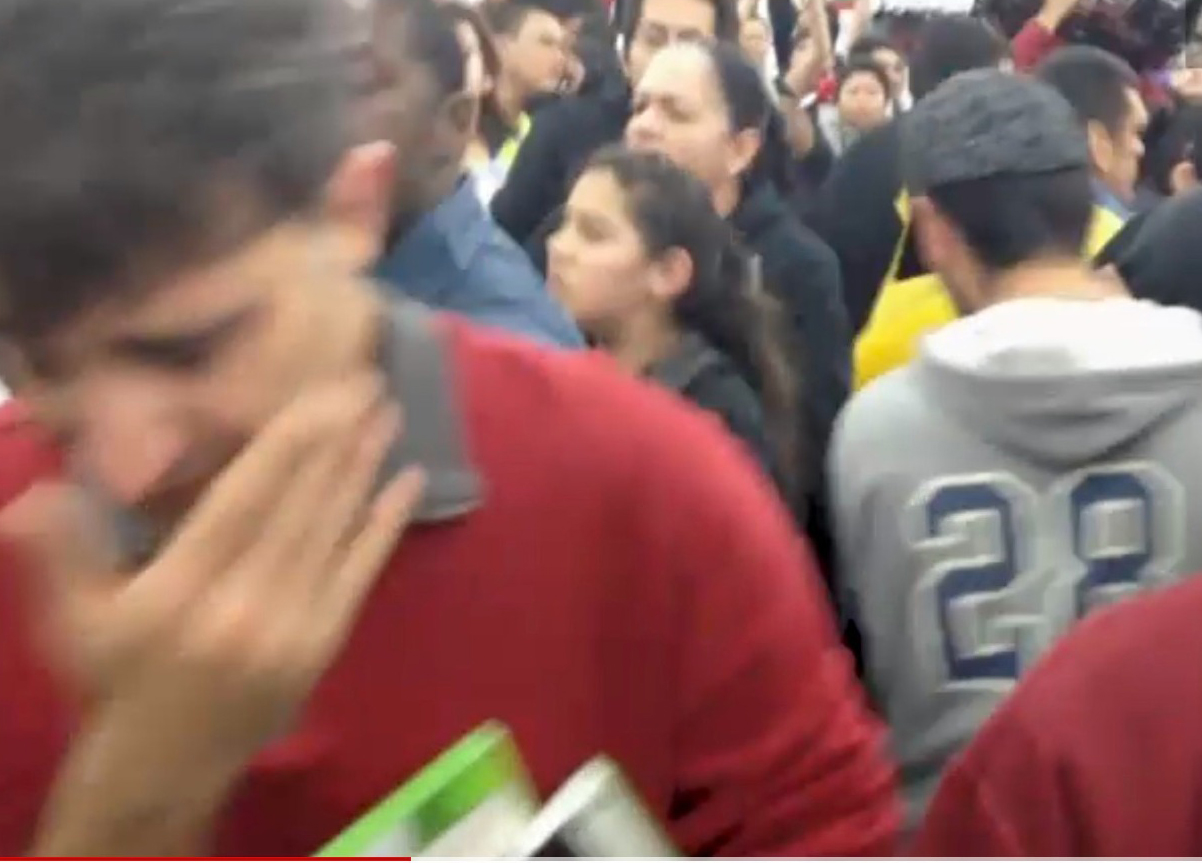 Shoppers want to splash the cash and discounted goods fly off the shelves in minutes.

But, Black Friday has a dark past and scenes can often turn ugly as sometimes shoppers miss out on items that they desire.

A store worker was trampled to death in a Wal-Mart store, a shopper fired pepper spray, and two men shot each other to death in a Toys-R-Us store.

At least 14 people have died while 117 have been injured in Black Friday-related incidents since 2006, according to the Black Friday Death Count website.

Records have been compiled since 2008 and include some of the most serious incidents to have ever occurred on the holiday.

More than 2,000 shoppers crowded outside a Wal-Mart store in Valley Stream, New York in November 2008.

Cops from Nassau County had to be called in as shoppers filled car parks and piled onto the sidewalk.

Some banged on the supermarket's glass doors while up to 10 store workers tried to push back against the boisterous crowd.

The doors shattered and shoppers rushed into the store, frantically searching for bargains before the shelves emptied, the New York Times reports.

Tragically, Jdimytai Damour, 34, was trampled on in the crush while shoppers steamed over him.

Some workers saw that Jdimytai was injured on the floor. Medics tried to revive him but he was pronounced dead just hours later at a hospital in Valley Stream.

Family members said Jdimytai was an "easygoing and helpful" man who loved poetry.

A woman, 28, who was eight months pregnant was treated with minor injuries and three others were also wounded in the stampede.

Detective Lt. Michael Fleming, of Nassau police, branded the scene “utter chaos” as he slammed the crowd for being “out of control”.

While witnesses who saw the stampede unfold were left horrified.

Kimberly Cribbs, from Queens, said the crowd had acted like “savages”.

In a statement, Wal-Mart said: “The safety and security of our customers and associates is our top priority. Our thoughts and prayers are with them and their families at this tragic time.”

At the time of the tragedy, the National Retail Federation said it had never heard of a worker being killed on Black Friday.

Two men shot each other in a Toys "R" Us store in Palm Desert, California on Black Friday in the same year, CBS reports.

Sarah Pacia told The Desert Sun newspaper she was looking for coloring books with her two kids when she heard noise from one of the aisles.

She thought eager shoppers were scrambling over a sale before she suddenly heard gunshots.

Gunfire was exchanged after two women had started arguing in the store, according to the Los Angeles Times.

Sarah recalled that she heard three to four gunshots before store assistants ushered her out of the toy shop.

The mom says her four-year-old son grabbed her leg and told her that he didn’t want to die.

City councilman Jim Ferguson revealed that the victims were two men with handguns who shot each other.

Frightened shoppers were rushed into a gym nearby and the assistant manager Glenn Splain said: “They were crying, tearing, and shaking.”

Ryan Tidd, then 13, asked his mom if the gunmen could return to the store, while Valerie Criscuolo almost canceled plans to celebrate her eldest child’s birthday after hearing about the shooting, according to the LA Times

An alleged pepper spray attack happened at a Wal-Mart in the Los Angeles neighborhood of Porter Ranch in 2011.

Around 100 shoppers were waiting in line on Thanksgiving night and scuffles broke out as they were trying to snap up Xbox consoles and Nintendo Wii video games.

Witness Juan Castro said the price of a Wii video game had been cut to $20 from its typical price of $60.

He told CNN: “I tried to get away as quickly as possible because I didn’t think it was worth it. No deal’s worth that.”

Customers on aisles shouted with one another and the plastic wrapping that enclosed games consoles was ripped off.

Alejandra Seminario said: “People started screaming, pulling and pushing each other and then the whole area filled up with pepper spray.

“I guess what triggered it was people started pulling the plastic off the pallets and then shoving and bombarding the display of games.”

Seminario said shoppers started barging and screaming after they were being shoved onto boxes.

Los Angeles cops branded the incident as “customer versus customer shopping rage” as they investigated.

The woman, later identified as Elizabeth Macias, was not charged with a felony according to the Los Angeles Daily News.

Her lawyer Michael Champ told CBS affiliate KCBS at the time that Macias said she fired the spray after shoppers allegedly attacked her two teen kids.

Black Friday 2011 was marred by pepper spray attacks as off-duty cops working as security at a Walmart in Kinston, North Carolina used the substance to keep shoppers at bay.

Bill Johnson, the Kinston director of public safety, said the atmosphere “intensified” when employees brought out pallets of electronic goods.

The off-duty officers hired as security guards discharged the spray in a bid to restore order.

Shoppers ran for safety as a gunman shot and killed two teens at the Arden Fair Mall in Sacramento last November.

Shots were fired near one of the mall’s entrances. A 19-year-old man was found dead at the shopping center while a 17-year-old teen was found critically injured at the scene. He died of his injuries hours later.

Customers and workers were evacuated through the corridors and stairways of the mall as they fled for safety.

Police spokesman Karl Chan said the shooting appeared to be a targeted and isolated attack.

The tragedy came at a time when gun assaults and homicides surged in Sacramento and Los Angeles. 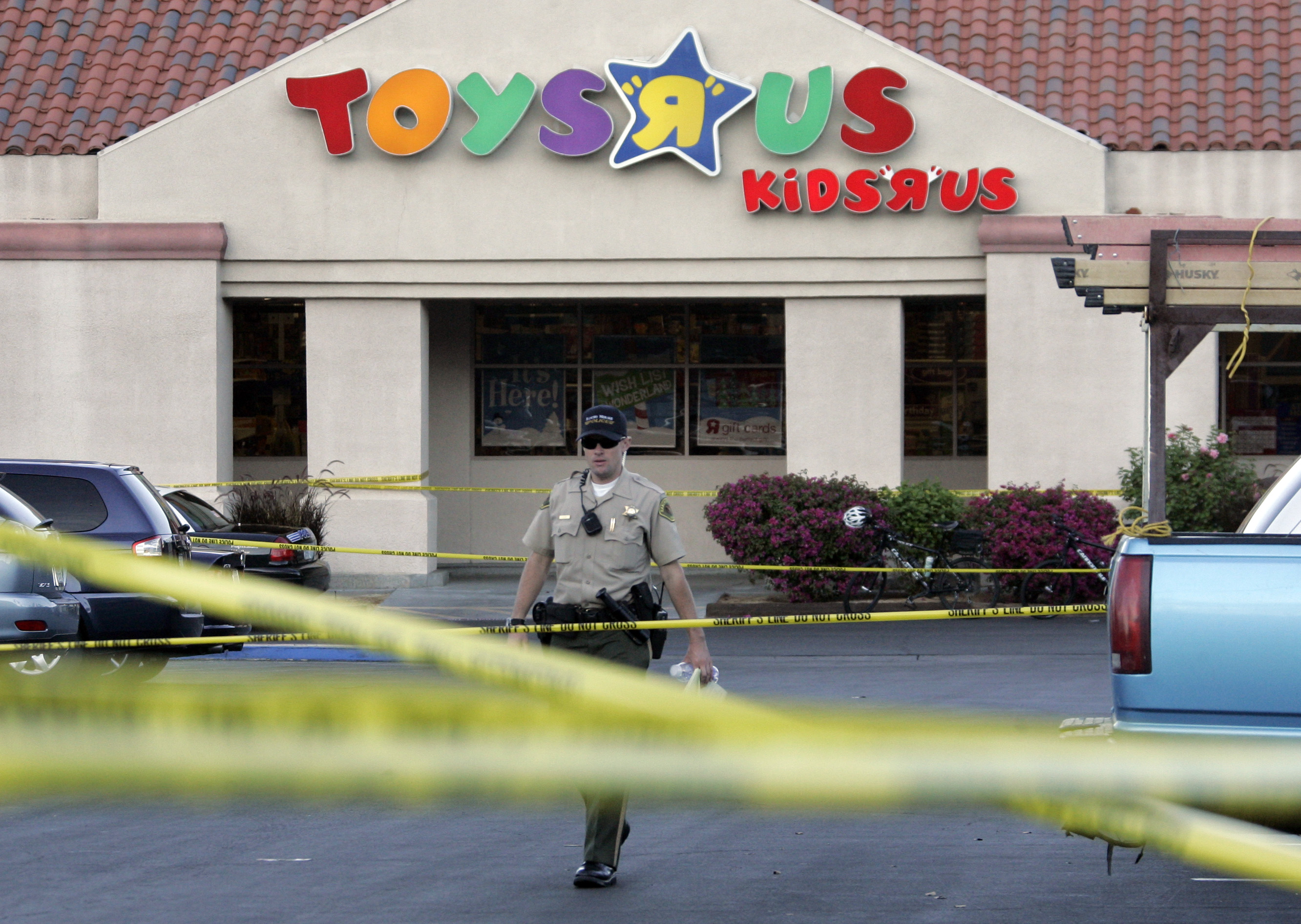 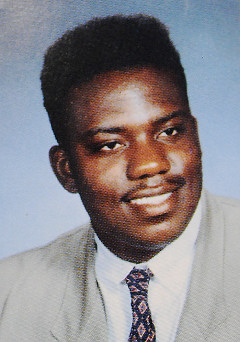 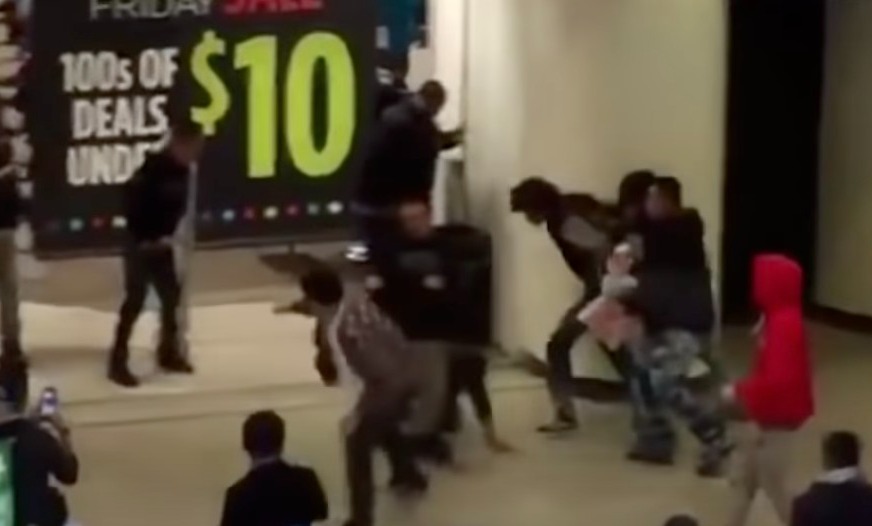 Federal piracy: Popular YouTuber 'Omi in a Hellcat' speaks out on case