Death of the PC: Chip manufacturer Intel ‘plans to lay off thousands of workers’ as booming popularity of smartphones and tablets drives down demand for traditional computers

Chipmaker Intel is reportedly planning major layoffs, likely numbering in the thousands, in the face of a slowdown in the personal computer market.

The layoffs will be announced as early as this month and some Intel divisions, including the sales and marketing group, could be cut by up to 20 percent, Bloomberg News reported on Tuesday, citing people with knowledge of the situation.

The company had 113,700 employees as of July, when it slashed its annual sales forecast by $11 billion after missing estimates for second-quarter results.

Intel, based in Santa Clara, California, declined to comment on the job cuts when reached by DailyMail.com on Wednesday. 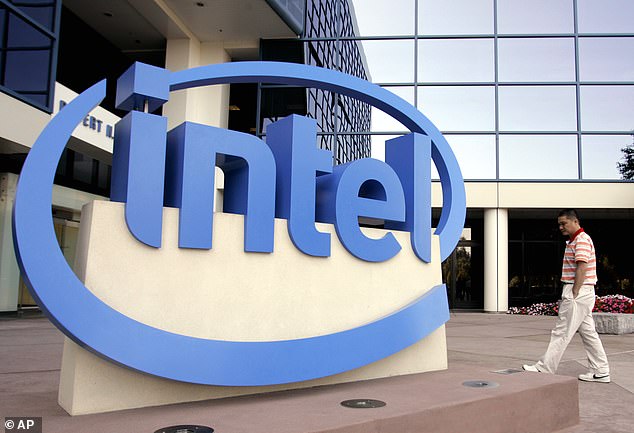 Chipmaker Intel is reportedly planning major layoffs, likely numbering in the thousands, in the face of a slowdown in the personal computer market 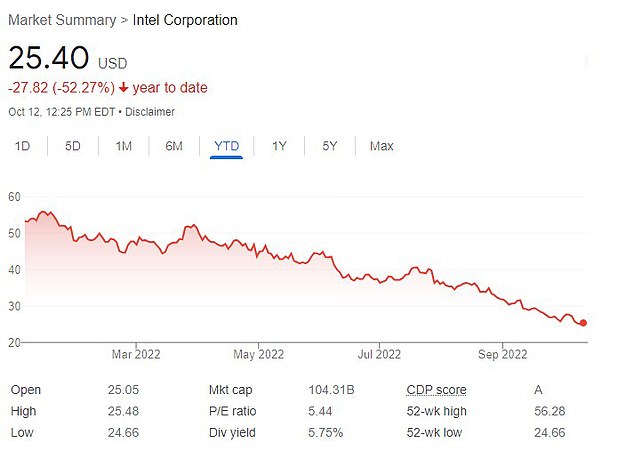 Intel, the largest semiconductor chip manufacturer in the world by revenue, has fared relatively worse than the industry as a whole, with Intel shares down 52% so far this year

Intel has been battered by shifting market trends, including the decline of traditional personal computers as smartphones and tablets rise in popularity.

Last quarter, global PC shipments, including desktops and laptops, declined another 15 percent from a year ago, according to IDC.

Other factors are also weighing on the PC market, including inflation and supply chain issues, and the decline in remote working as offices and schools reopen following the pandemic.

Intel, the largest semiconductor chip manufacturer in the world by revenue, has fared relatively worse than the industry as a whole, with Intel shares down 52 percent so far this year. 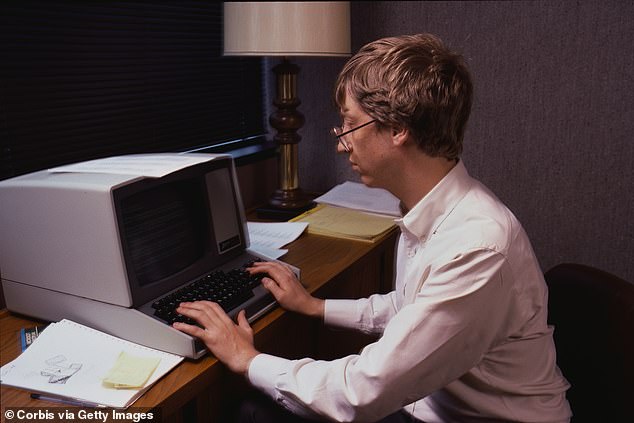 A young Bill Gates, one of the pioneers of personal computing, is seen with an early PC in 1984. As smartphones and tablets rise, the personal computer is in lower demand 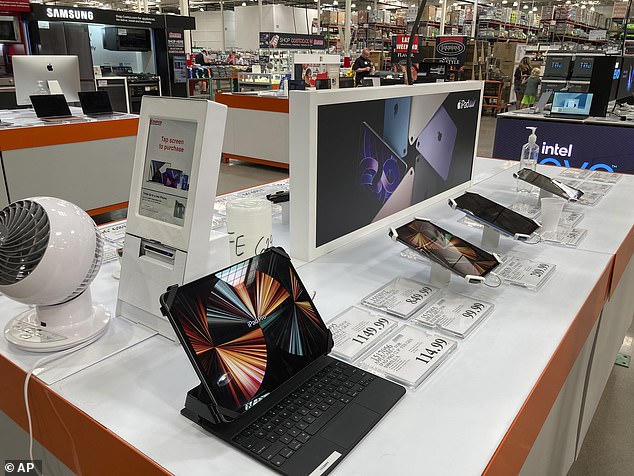 A display of Apple iPads is shown in a Costco warehouse in Thornton, Colorado in July. Apple uses its own silicon for the iPad, primarily based on the ARM architecture

The reported layoffs come at an awkward time for Intel, which recently lobbied Congress heavily for a $52 billion stimulus bill for chipmakers.

In a speech at the event, Biden said he wants to bury the term ‘Rust Belt’ and start calling it the ‘Silicon Heartland’.

To win the project, Ohio offered Intel roughly $2 billion in incentives, including a 30-year tax break.

Intel says when the company’s two factories, known as fabs, open in 2025, the facility will employ 3,000 people with an average salary of around $135,000. Building the fabs is expected to require 7,000 construction workers. 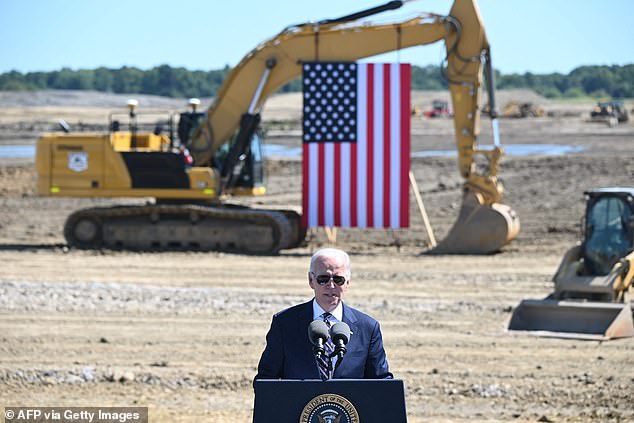 In July, Intel CEO Pat Gelsinger said that plans for the new factories will push forward, despite the recent market headwinds the company has faced.

‘You just don’t build factories like this based on a couple of quarter cycles,’ Gelsinger told Reuters at the time. ‘The semiconductor industry is doubling over the decade and I need capacity to grow into that opportunity.’

On Tuesday, Gelsinger released a memo to company employees outlining plans to create an internal foundry model for external customers and the company’s product lines.

A foundry business builds chips that other companies design and Taiwan Semiconductor Manufacturing Co is the top player in that space.

Intel has mainly built chips it designed itself so far.

Imperial County California crash: ‘At least 15 dead’ in collision with truck & SUV with '27 passengers' near border