‘The deal is NOT going to change’: Irish deputy PM DISMISSES desperate last-ditch bid from May to get fresh Brexit concessions after she cancelled vote to avoid a humiliating defeat 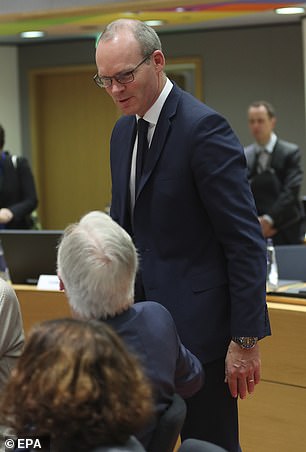 Ireland’s deputy PM today delivered a savage blow to Theresa May by dismissing her chances of getting fresh concessions on Brexit.

Simon Coveney insisted the deal is ‘not going to change’ despite Mrs May cancelling a vote to avoid a catastrophic Commons defeat.

Ministers have been hinting that the premier will seek more reassurances from the EU as she desperately tries to come over Tory critics.

But arriving for a meeting in Brussels today, Mr Coveney told reporters: ‘The deal is not going to change. Particularly the legal language of the withdrawal treaty,’

‘I hope people will see it for what it is, which is a fair, balanced document.’

The hard line is another stinging rebuke to Mrs May as she scrambles to find a way through the crisis.

Environment Secretary Michael Gove today tried to quell mounting speculation about a retreat by the PM before the crunch showdown on her deal tomorrow night.

He also gave a clear indication that the government is seeking help from the EU, saying there was ‘no-one better placed’ than Mrs May to get more concessions.

But he warned there were significant ‘risks’ in reopening the Withdrawal Agreement thrashed out with Brussels.

Mr Gove dismissed suggestions that Mrs May could be helped in her efforts by a heavy defeat in Parliament.

In a reference to the famous resignation speech by Geoffrey Howe that sunk Margaret Thatcher, he warned that would be the ‘equivalent of breaking the cricket bat in half before the leader went to the crease’.

‘If colleagues really want to help the PM I’m sure the PM would urge them gently but firmly to support her tomorrow,’ Mr Gove told BBC Radio 4’s Today programme.

There are doubts over whether Mrs May would be able to abandon the vote, with speculation that Speaker John Bercow could force one even if she tries.

Mrs May spoke with EU council president Donald Tusk last night as she considers a bid to squeeze more concessions out of the EU.

Number Ten remained tight-lipped, but Mr Tusk tweeted that it ‘will be an important week for the fate of Brexit’.

An EU summit is scheduled for the end of the week, which could provide a stage for Mrs May to emulate Margaret Thatcher and have a ‘handbag moment’ to demand more concessions on the Irish border ‘backstop’. 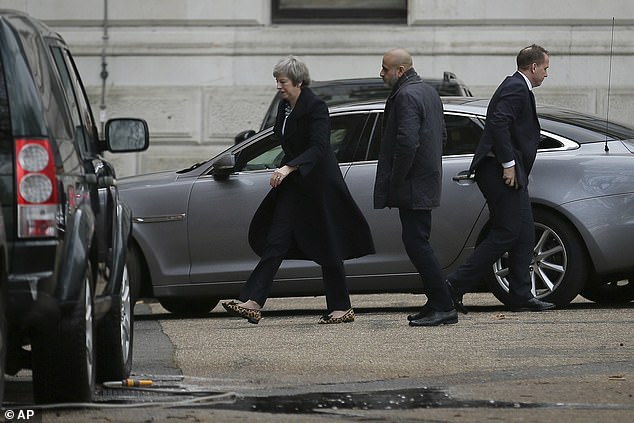