Home » World News » Is brown rice or white rice better for you? Dietitians explain the difference 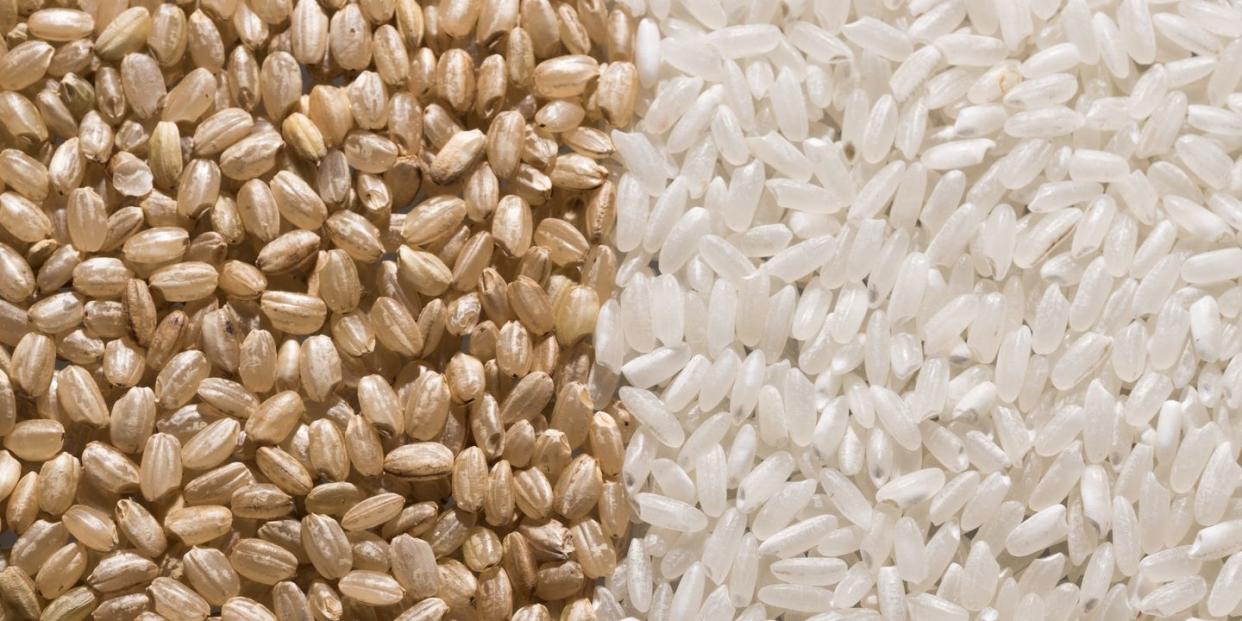 About half of the world’s population depends on rice as a dietary mainstay. Different cultures have their favorite rice preparations, such as steamed rice in China, black beans and rice in Cuba, coconut rice in Columbia, paella in Spain, risotto in Italy, as a side to curry in Pakistan, jambalaya in the southern U.S. and bibimbap in Korea.

While there are thousands of types of rice, it is commonly categorized into simple categories: long-, short- and medium-grain, and brown or white. Plus, there are specific types of rice like Basmati, which comes in both white and brown varieties, and black rice, which is a whole grain like brown rice.

It is a relatively inexpensive grain and serves as a perfect base in so many meals — and rice is highly nutritious. “Rice is a staple in diets all around the world and provides a rich source of carbohydrates which is the body’s primary fuel,” says Stefani Sassos, MS, RDN, CDN, Deputy Nutrition Director of the Good Housekeeping Institute. 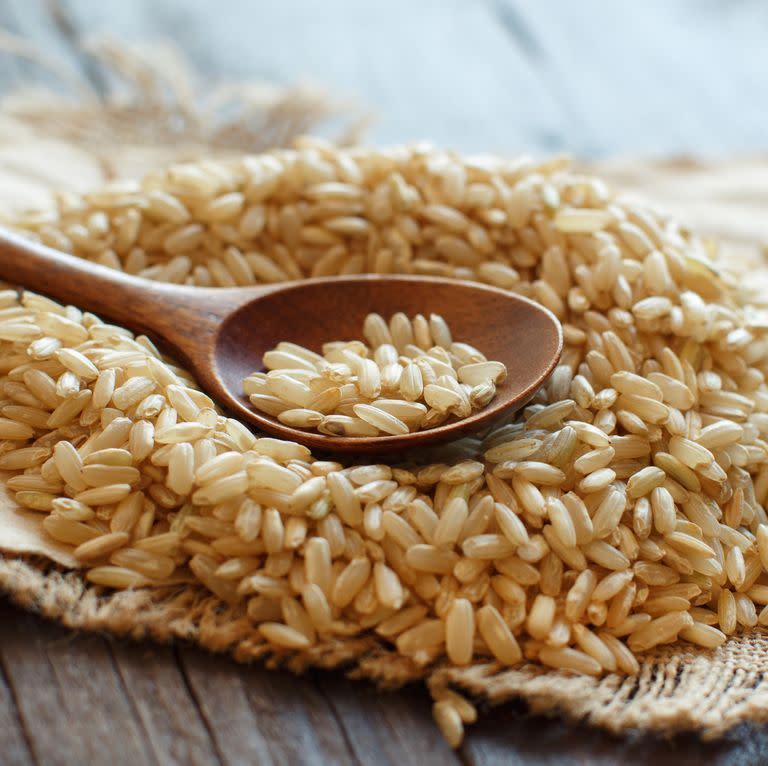 Here is a breakdown of energy and nutrients in one cup of long-grain, cooked brown rice, according to the U.S. Department of Agriculture (USDA):

Here is the nutrition breakdown from the USDA for the same type (long-grain) and amount of white rice. In the U.S. and several other countries, white rice is typically enriched — meaning vitamins and minerals lost in the milling process are added back in — so our nutrition data accounts for that enrichment:

What's the difference between brown and white rice?

Brown rice is a whole grain, and white rice is the refined version of that same grain. Each whole grain of rice consists of three parts: the bran, the germ and the endosperm. To create white rice, a milling process removes two of the three parts. "White rice differs from brown rice in that the bran and germ are removed," says Sassos. Brown rice is simply whole rice that has not undergone the milling process, so it retains its bran and germ.

Since the outermost layer of the kernel — the bran — contains fiber, brown rice naturally provides more fiber than white rice, according to Alisha Virani, MS, RD, CDCES, owner of Wholesome Fuel. "The middle layer is the endosperm or starch, which is the only layer in white rice," she says. "The third layer is the germ which contains vitamins, minerals, a small amount of protein and healthy fats."

While brown rice is more nutritious than white rice, white rice is typically enriched with most — but not all — of the nutrients lost in the milling process, so the nutritional difference is not as large as you might think.

"I always say that white rice is okay, but think about ways to add in the fiber, protein that may be missing from white rice," says Virani. "You can do this by adding veggies to your rice like spinach or black beans."

When it comes to taste and texture, brown rice tends to be nuttier and denser than white rice, which is often subtle and fluffy.

In the kitchen, brown rice can require more labor. "Because the outer layer of brown rice is the fiber-rich bran layer, water needs to penetrate this layer to create a softer texture like white rice," says Virani. "This means that it does take longer to cook and can be a tougher consistency than white rice if not cooked long enough." Fortunately, there are quicker-cooking options for all rice varieties if you are in a time pinch, like using a rice cooker or buying par-cooked instant rice.

Benefits of white and brown rice 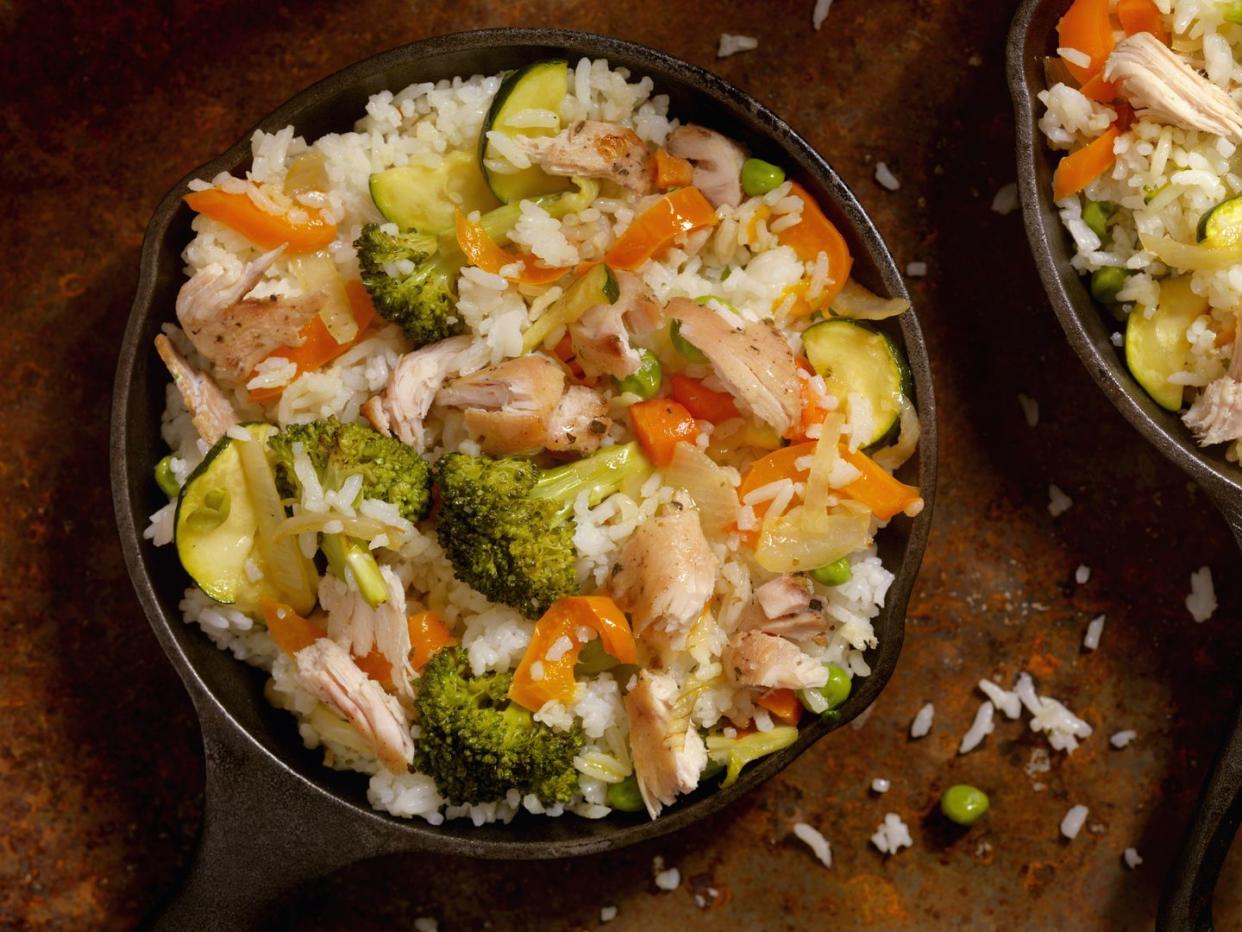 While both brown and white rice are fabulous sources of carbohydrates (the preferred fuel source of the body and brain), they each have their own assets. We will start with some of the key benefits of brown rice:

Now, let's look at the benefits of white rice:

Are there disadvantages to rice?

While rice in all its versions is a fabulous food, one drawback is that it may contain arsenic. According to Sassos, it is prone to absorbing the natural element from its growing environment. "Arsenic is found in two forms, organic and inorganic, and it's a naturally occurring element found in water and soil according to the National Institute of Environmental Health Sciences," says Sassos. "Arsenic is a known human carcinogen and can be harmful when consumed in excessive amounts."

Sassos clarifies that arsenic in rice may pose health risks only if you are eating it daily in large amounts. "Rice is an important culinary component of many cultures, so if it is a staple in your home and you’re concerned about arsenic exposure, you can reduce the arsenic content in rice by washing it first and then cooking it with clean water that is low in arsenic," she says.

Include rice in your diet a few times a week and rotate in other great grain sources, like pasta, tortillas, farro and quinoa.

Because white rice is not a whole grain, some may assume it's "unhealthy," but that's simply not the case. In fact, it is nearly as nutritious as brown rice. And when it comes to what white rice can be missing, Virani says, "Instead of thinking about disadvantages, I always reframe this to instead think about how we can supplement our meals with some of those missing nutrients. I truly believe eating food should always be a balance of taste and nutrient-dense options."

At the end of the day, choosing brown or white rice does not have to be black and white. Both are nutritionally rich and can be enjoyed as part of a balanced diet. Simply consider your preferences and desired benefits, and your rice choice will never be wrong.