A prominent Islamic cleric who voiced support for Israel has been forced out of his home after a terrifying late-night attack by masked militants.

Nahiem Ajmal, a leading moderate with a huge following on YouTube, was asleep at home in Birmingham with his wife and two young daughters when thugs smashed windows and his front door before storming inside.

They were angered by comments made by the 41-year-old cleric – known to his followers as Mufti Abu Layth – last August in an hour-long lecture where he argued for Palestine to be handed over to Israel to settle the bitter conflict. 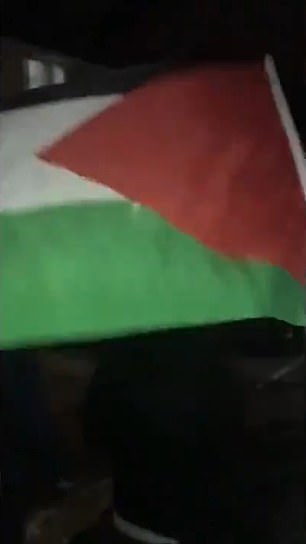 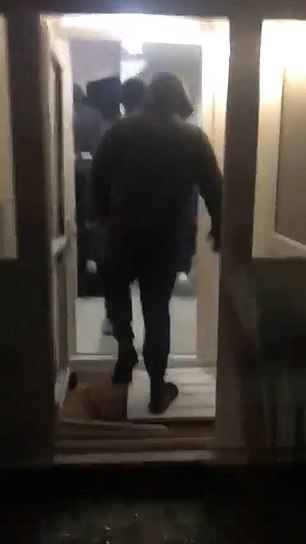 Nahiem Ajmal, a leading moderate with a huge following on YouTube, was asleep at home in Birmingham with his wife and two young daughters when thugs smashed windows and his front door before storming inside last Sunday (pictured, including a Palestinian flag waved by the men, left)

Edited versions of the video re-emerged last week amid renewed hostilities in the Middle East between Israel and Hamas, which has seen more than 250 people killed, the majority Palestinians.

Police said the video, which went viral on social media and saw the imam branded a ‘kafir’ [unbeliever] and ‘traitor’ are likely to have triggered the attack on his semi-detached house in Castle Bromwich, Birmingham.

At least six masked men filmed themselves waving the Palestinian flag as they walked to the house at 11pm last Sunday.

One could be heard saying: ‘This is for the dirty dog Abu Layth, who disrespected our brothers and sisters of Palestine.’

The thugs hurled stones and bricks at windows and the glass front door of the house and barged in seconds later.

The 30-second video shows the men running up the stairs as a woman screams, and one them shouts: ‘Where is Abu Layth, where the f*** is Abu Layth?’ 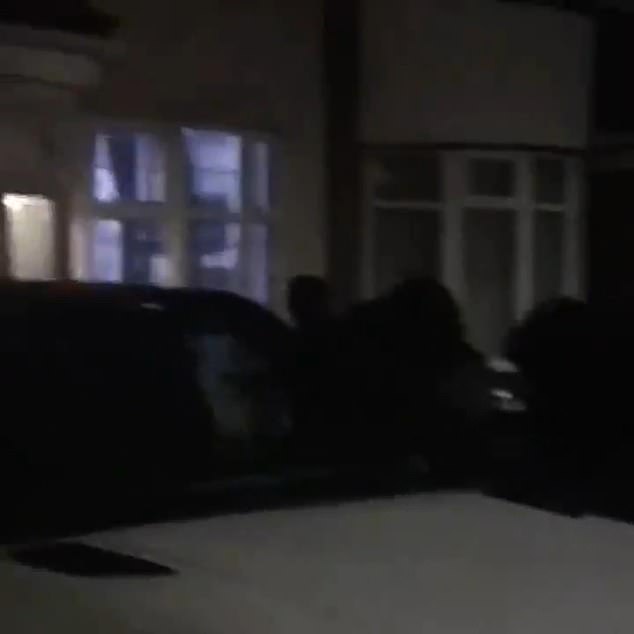 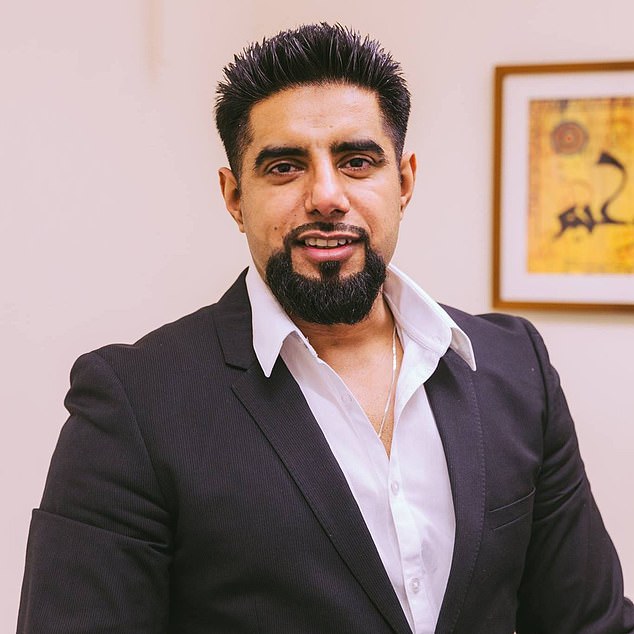 Mr Ajmal said last night that his family was not physically harmed but his wife, Hafsa, 34, and his two daughters, aged six and nine, were traumatised by the incident.

The cleric, who worked as a Prevent officer, said he feared the attack was ordered by hardline imams who deliberately reposted the YouTube video when the latest Israel-Hamas row escalated.

He told The Mail on Sunday: ‘To have this attack launched on my home with my family of two little girls is beyond belief. This is an intolerable hate crime.’

In his August video, Mr Ajmal spoke of possible solutions to the Israel-Palestinian conflict which has been raging since 1948, saying that the two-state solution is not realistic.

He added: ‘I would argue for a complete exile of all Palestinians.

‘I feel they should be relocated, comfortably, and with compensation, and with accommodation and education paid in different parts of the Arab world.’

The family has temporarily moved out and West Midlands

Police said it was investigating but no arrests had been made.

Japan coronavirus cases may have spiked after bank holiday weekend