Israel said it had launched air strikes against Hezbollah observation posts in Lebanon on Wednesday, after shots were fired from across the border towards its troops the previous evening.

Prime Minister Benjamin Netanyahu blamed the shooting on Shiite militant group Hezbollah with which Israel fought a devastating month-long war in 2006, and pledged a ‘forceful’ response to any further incidents.

‘I advise Hezbollah not to test Israel’s crushing strength,’ he tweeted. ‘Hezbollah is once again endangering the state of Lebanon due to its aggression.’ 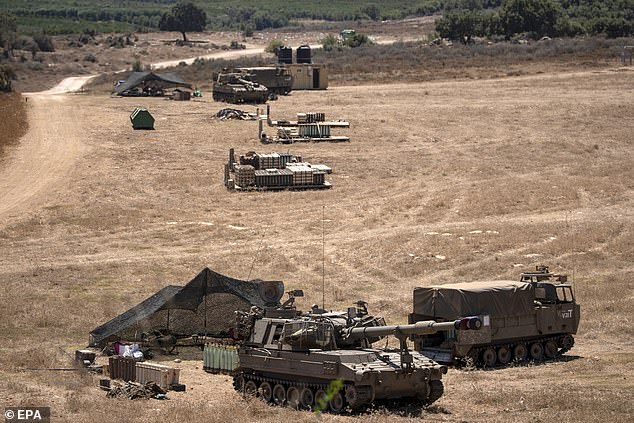 Israeli artillery units are deployed in the north of Israel near the Israeli-Lebanon border on Wednesday. An Israeli army spokesperson said that the Israeli military launched air attacks on Hezbollah observation posts in the border area

The border flare-up came hours after Lebanon rejected an Israeli call to reform the UN peacekeeping force which patrols the border, ahead of a UN Security Council vote to renew its mandate.

‘During operational activity in northern Israel last night, shots were fired from Lebanon toward (Israeli) troops,’ the military said on Twitter, after it had the previous night told residents around Manara, a kibbutz near the UN-demarcated border between the two countries, to take shelter.

‘We responded with fire, & our aircraft struck Hezbollah observation posts near the border. This is a severe event & we remain ready to combat any threat to our borders.’ 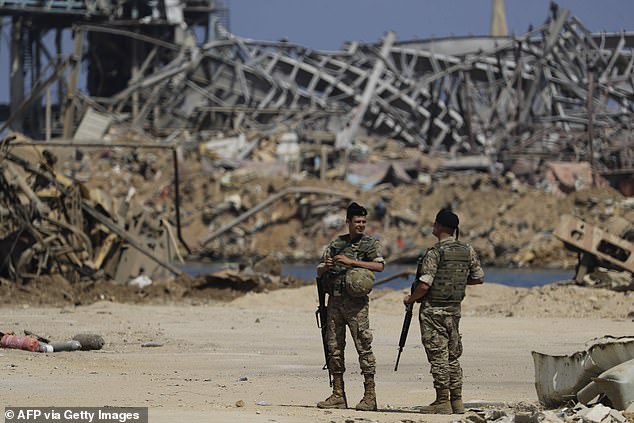 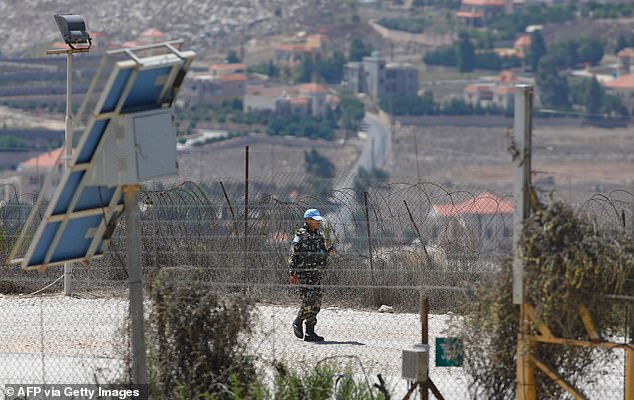 A UN watchtower in the Lebanese village of Mais el Jabal. The border flare-up came hours after Lebanon rejected an Israeli call to reform the UN peacekeeping force which patrols the border, ahead of a UN Security Council vote to renew its mandate

Hezbollah’s leader Hassan Nasrallah said on Wednesday the border flare-up was ‘signifiant and sensitive for us’, but refused ‘for now’ to comment on it.

Lebanon’s state-run National News Agency (NNA) had reported Israeli gunfire and flares around the village of Mays al-Jabal, just across the border from Manara.

It reported no Israeli casualties.

A Lebanese army statement said that the Israeli helicopters targeted centres of the ‘Green Without Borders’ environmental group in the village of Aitroun and near the villages of Ramya, Aita al-Shaab and Tal al-Raheb, firing more than a dozen missiles.

Israel said in 2018 that the group is a front used to disguise Hezbollah observation posts.

‘Hezbollah chose a very dangerous location from where to open fire at our forces close to, directly under, a UN position,’ Israeli army spokesman Jonathan Conricus told reporters late Wednesday.

An AFP video journalist on the Lebanese side of the border heard shelling on Tuesday evening and local residents reported flares falling around their homes.

Lebanon’s top security body, the Supreme Defence Council, decided to file a complaint to the UN Security Council over the Israeli fire into Lebanon, NNA reported.

Manara was quiet on Wednesday morning, an AFP journalist reported. The Israeli army told residents they could resume work in the fields. 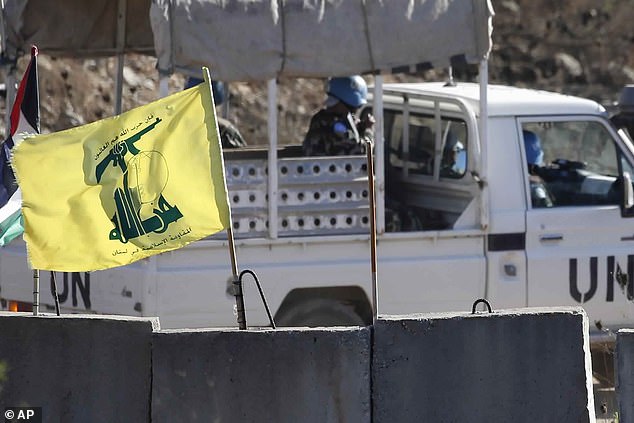 Israel and Lebanon are still technically at war, and the United Nations force, UNIFIL, is tasked with monitoring their ceasefire.

Lebanon had on Tuesday rejected an Israeli call to reform UNIFIL ahead of a Security Council vote to renew its mandate.

The incident also comes after Hezbollah announced at the weekend it had brought down an Israeli drone flying over the border.

The Iran-backed militant group vowed in September 2019 to down Israeli drones flying over Lebanon, after two drones packed with explosives targeted its stronghold in south Beirut a month earlier.

The 10,500-strong force, in coordination with the Lebanese army, is tasked guaranteeing a ceasefire and Israeli withdrawal from a demilitarised zone on the border.