Police said today thay have enough evidence to charge Netanyahu, 69, and his wife Sara with fraud, accepting bribes and breach of trust.

The case surrounds suspicions that Netanyahu’s government gave regulatory favours to telecoms company Bezeq in exchange for favourable coverage of the PM.

Denying the charges today, Netanyahu said: ‘There was nothing because there is nothing’. 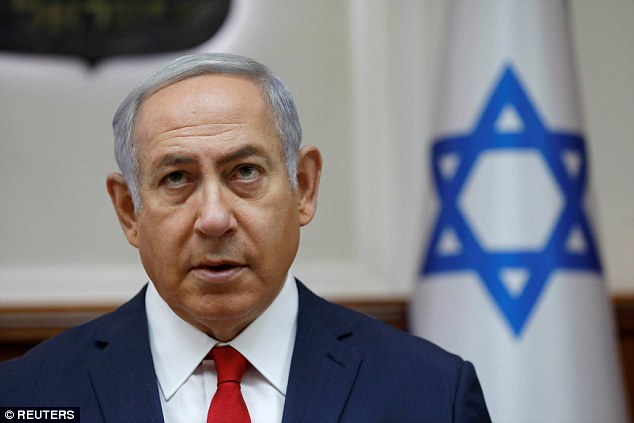 The Israeli PM was questioned by police about the allegations in July while two of his aides were also arrested.

It is claimed Netanyahu and his advisers supported regulations worth hundreds of millions of dollars to telecom company Bezeq.

Police have already recommended indicting Netanyahu on corruption charges in two other cases.

One of them involves allegedly accepting gifts from billionaire friends, and the second surrounds claims trading positive media coverage for advantageous legislation for a newspaper.

Israel’s attorney general has not yet decided whether to prosecute Netanyahu over the allegations.

The prime minister has denied any wrongdoing, dismissing the accusations as a witch hunt orchestrated by the media.

Woman, 24, dies of cancer holding boyfriend's hand despite being told condition was curable