Washington: He was the public face of America’s coronavirus response and a scientific check-and-balance to Donald Trump’s often wild pandemic theories.

Now, as he retires after five decades in public health, Dr Anthony Fauci has used his final White House briefing to take aim at vaccine misinformation, defend his contentious legacy and deliver one final plea to a COVID-fatigued nation: get jabbed. 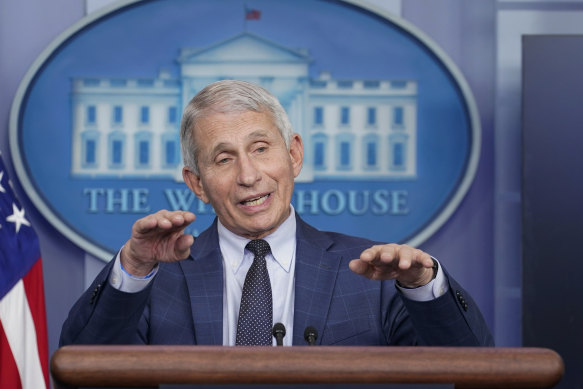 Anthony Fauci will step down from public service in December.Credit:AP

“When I see people in this country… not getting vaccinated for reasons that have nothing to do with public health, but because of divisiveness and ideological differences, as a physician it pains me,” Fauci said, as he reflected on the ongoing scepticism towards coronavirus in the US.

But he became a household name in the early days of the pandemic under then-president Donald Trump, whose chaotic handling of the virus included the shunning of masks and a bizarre suggestion that injecting disinfectant into the human body could be one way of fighting COVID-19.

As millions of Americans turned to Fauci for guidance while the pandemic raged, the infectious diseases expert became such a popular figure among some people that bobble-head dolls were made in his image, along with T-shirts and posters emblazoned with the words: “In Fauci We Trust”.

However, he also drew criticism for providing shifting information on the virus and its origins, and his push for pandemic restrictions to mitigate deaths made him a target of fury among many conservatives.

Earlier this year, a man was sentenced to more than three years in federal prison for sending Fauci death threats and other violent messages, the first of which included the subject headline: “Hope you get a bullet in your compromised satanic skull today.”

Days away from retiring from his latest role as Joe Biden’s chief medical adviser, Fauci took aim at those spreading disinformation about the virus, and warned that “people who take science seriously” need to speak up more, “because the other side that just keeps putting out misinformation and disinformation seems to be tireless in that effort.”

The 81-year-old is also preparing for Republicans – who won control of the House of Representatives in the midterm elections – to potentially haul him into Congress as part of a political probe into his handling of coronavirus.

“I have no trouble testifying,” he told reporters in Washington today (Tuesday, US time). “We can defend and explain and stand by everything that we’ve said. I have nothing to hide.”

Fauci’s comments come as Americans head into the Thanksgiving holiday season this week, and as public health officials express growing concern about the confluence of COVID-19, RSV (respiratory syncytial virus) and an earlier-than-expected surge in the flu. 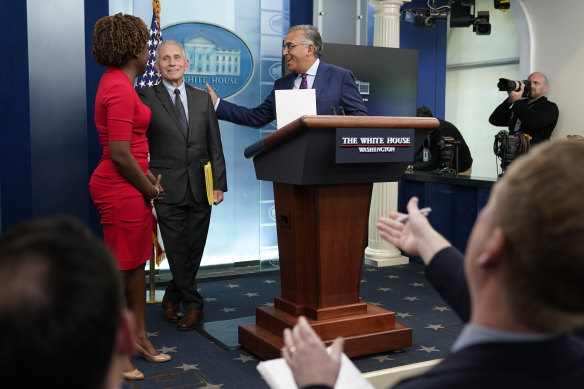 Only about 13 per cent of adults in the US have so far have received an updated “bivalent” shot that targets the Omicron strain and the original coronavirus, prompting the White House to launch a renewed six-week blitz in the hope of getting more people boosted.

“Please, for your own safety, for that of your family, get your updated COVID-19 shot as soon as you’re eligible to protect yourself, your family and your community,” he said.

As for how he wants to be remembered after all these years?

“I’ve given it everything that I have,” he replied, “and I’ve never left anything on the field.”