Hermit fights to stay in paradise: Italian, 81, who has been the sole inhabitant of a Mediterranean island for 31 years, faces eviction as authorities plan to demolish his home

A beloved hermit who has called an island paradise his home for the past 31 years is facing eviction amid plans to demolish his home.

Since 1989, Mauro Morandi has been the sole inhabitant of the Isle of Budelli, deciding to ditch his life as a PE teacher and become the island’s caretaker when he washed up on its iconic pink beach Spiaggia Rosa.

Four years after the Italian government made the island part of a national park, the hermit of Budelli is fighting for his right to remain on its shores.

He told CNN Travel: ‘I fear that if I’m gone, it will be the end of Budelli too.’ 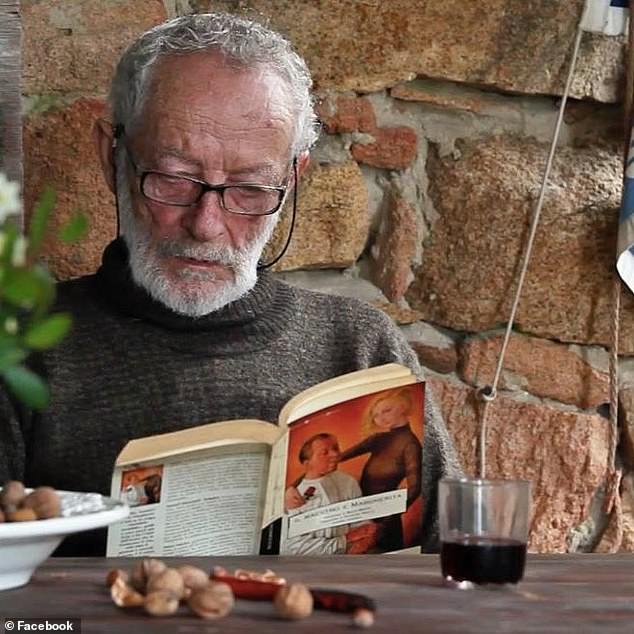 Mauro Morandi has been living on the Isle of Budelli since 1989, when his catamaran engine failed and he washed up on its iconic pink beach Spiaggia Rosa 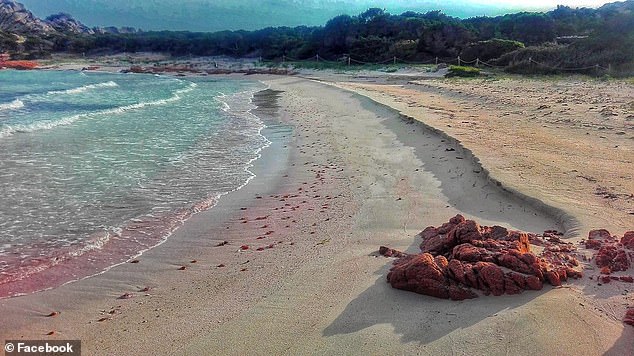 The hermit, also known has Mauro of Budelli, gained a large following online after sharing pictures of the picturesque island 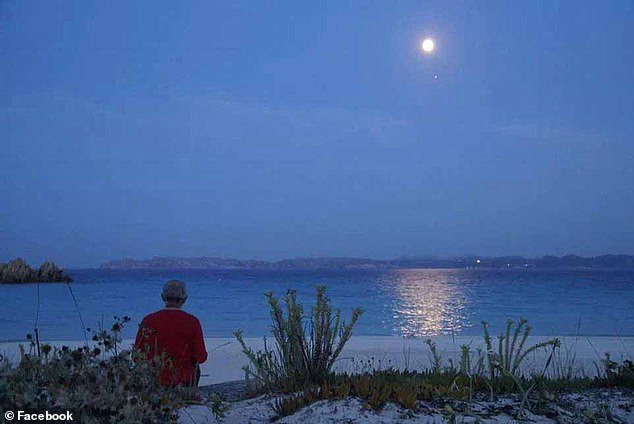 Mauro has lived as the sole inhabitant of Budelli since 1981, but authorities in Italy have been trying to have him removed since it became a national park in 2016

Mr Morandi, 81, was sailing for the Polynesia from Italy when his catamaran’s engine failed and he headed towards the picturesque island.

After more than three decades of caring for the island and sharing its beautiful views with others online, Italian authorities now want to demolish his home to make way for an environmental observatory.

In 2016 the island became the Italian government took over the island and made it part of La Maddelana National Park.

The takeover challenged the rights of the hermit, who developed a large group of followers online, to remain on the island. 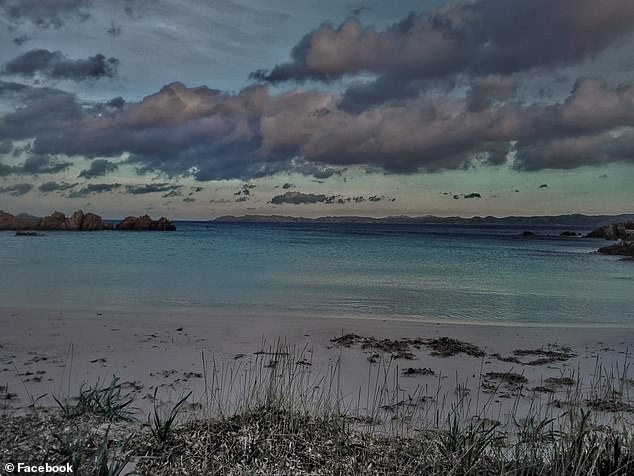 The Isle of Budelli rests in the Mediterranean Sea, between Corsica and Sardinia, near Italy

More than 3,000 people have signed a petition to keep Mauro da Budelli on the island, saying his pictures show the ‘beauty and the miracle of uncontaminated nature’

In 2016 the park’s then president Giuseppe Bonanno warned Morandi’s age and the standard of his home raised ‘several legal problems’ with him remaining on the island, adding: ‘Morandi symbolizes a man, enchanted by the elements, who decides to devote his life to contemplation and custody.

‘No one ignores [his] role in representing the historical memory of the place … But it’s hard to find a contractual arrangement for a person in his position.’

‘The pictures represents my mood and state of mind,’ he told MailOnline in 2016.

But while the colder months can be lonely, he draws more than 1,300 tourists to the island in the summer.

Four years later, the guardian of Budelli is now facing eviction by the end of 2020. 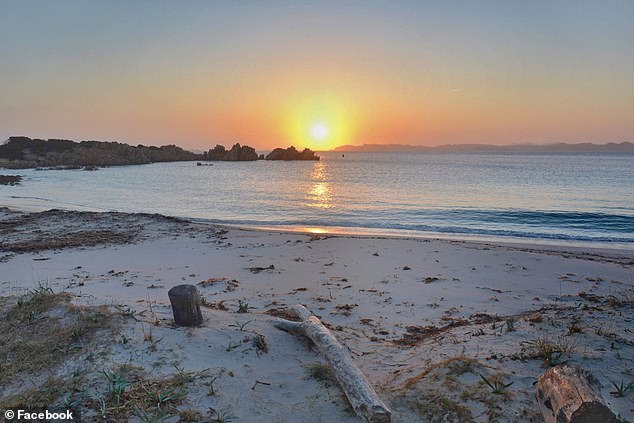 Mauro spends the winters editing and uploading photographs of the island, but can draw more than 1,000 tourists in the summer

He told CNN Travel: ‘I’m ready to do all I can to stay here, even if that means they’ll have to drag me away. I wouldn’t know where else to go live, certainly not back home in the north, nor what to do — this is my life. I just don’t see myself playing cards or bowls.

‘All I ask is, if I must be sent away during the renovation works, that I can come back after and keep doing what I do each day: guard the endangered pink coral beach, keep tourists at bay, protect the nature. I fear that if I’m gone, it will be the end of Budelli too.’

More than 3,000 people have signed a petition to protect the island caretaker’s right to remain. 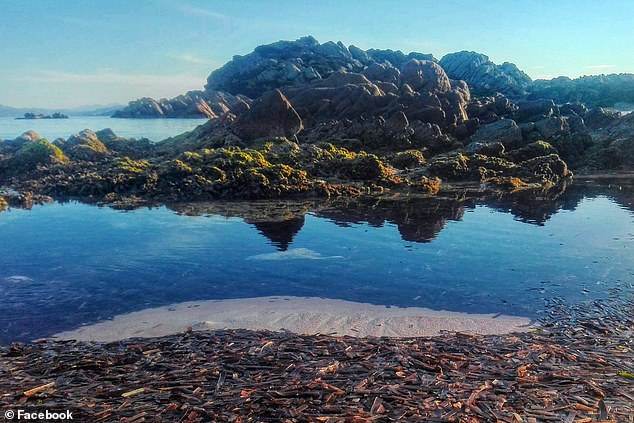 Supporters say the 81-year-old ‘could be usefully left as a caretaker of the construction site,’ amid plans to build an environmental observatory on the island 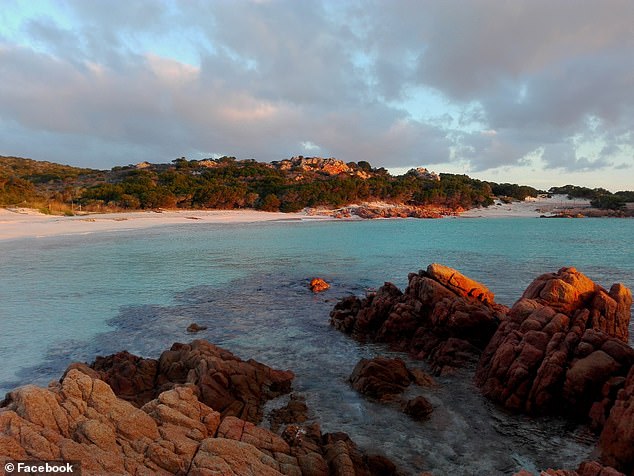 Mr Morandi says he wants to return once essential works are carried out so he can ‘guard the endangered pink coral beach, keep tourists at bay and protect the nature’

Blasting attempts to move Mr Morandi, the Italian petition says his pictures and lifestyle have show the ‘beauty and the miracle of uncontaminated nature’.

It suggests the 81-year-old ‘could be usefully left as a caretaker of the construction site in order to check, and at the same time not be forced to leave his home’.

La Maddalena Park’s president Fabrizio Fonnesu told CNN it was intervening on ‘all illegal constructions in the park,’ which include the popular hermit’s hut and a Second World War radio station which has ‘undergone modifications which aren’t in accordance with the rules’.