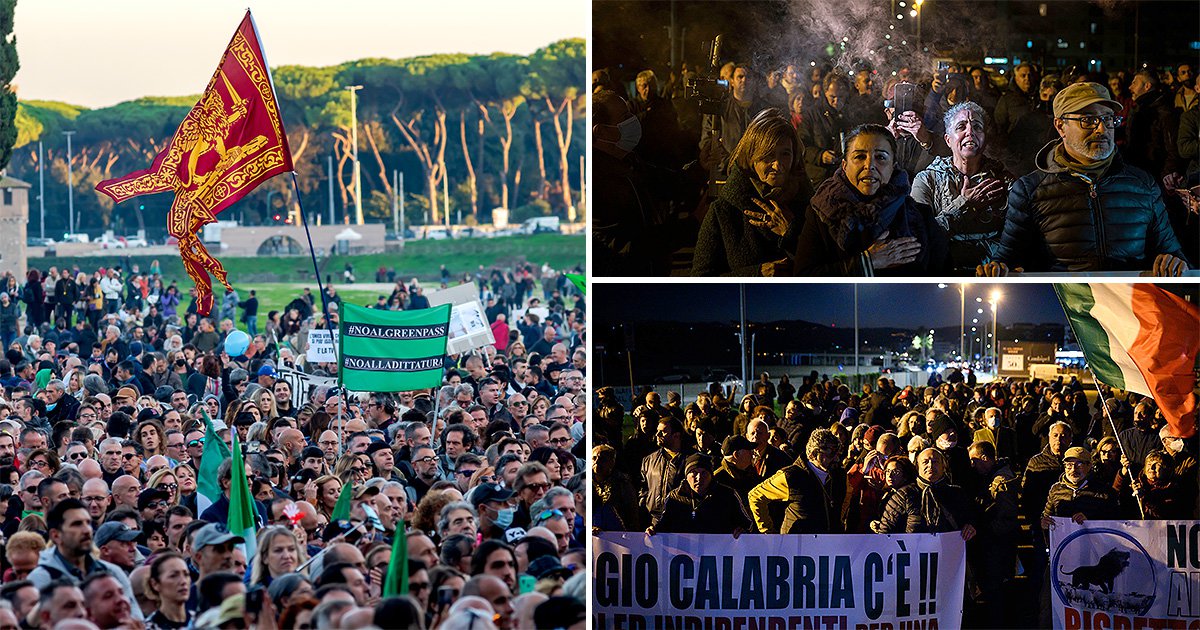 One person has died and several others are in hospital after attending a slew of ‘Covid parties’ thrown to expose people to the virus.

A 55-year-old man died in Austria last week after being infected at a gathering in South Tyrol, northern Italy.

Health officials believe he was an anxi-vaxxer who wanted to catch Covid-19 in order to gain a ‘green pass’ – which are accepted as proof of immunity in Italy.

These passes are now required for Italians to work, use long distance trains, travel on planes, or visit public places such as museums, restaurants and cinemas.

People can also get a pass by testing negative for Covid – at a cost of £12.60 per test – but then it will only last for 48 hours.

It is thought the man who died worked across the border in Italy, which is why he was trying to get a green pass without getting jabbed.

At least three other people, including a child, are thought to be in hospital in South Tyrol after attending recent corona parties, two of whom are in intensive care.

Spreading coronavirus deliberately is a crime under emergency laws passed in Italy which currently run until at least December 31.

Dr Franzoni said: ‘We have received more than one account from doctors of patients who admitted to having been infected on purpose.

‘[They do this] to develop antibodies, and to obtain the green pass without vaccination,’ he added.

‘There are long-term consequences and even young people can end up in hospital.’

Green passes are also required for children aged over 12 to attend school, and it is thought anti-vax parents have been taking their young ones to Covid parties for this reason.

Dr Franzoni added that some people will meet in outdoor areas of bars, where passes aren’t needed, to hug, kiss and share drinks with someone who is infected.

Others have been gathering around bed-ridden Covid suffers in an attempt to ‘breathe in’ the virus.

Bolzano is among the hardest hit provinces of Italy as the country battles a winter wave of Covid.

Many cases have been brought across the border from Austria – which has gone back into a full lockdown due to soaring cases.

On October 15, it was announced that staff at both private and public companies in Italy would need a green pass to attend work, unless medically exempt or working from home.

The government said anyone who misses work for more than five days due to not having a pass will have their employment frozen and pay suspended.

Ocado boss's ex-wife says is delighted about his £58million bonus