A VOLCANO in Japan erupted today sending clouds of ash billowing into the sky as hikers rushed away from the popular tourist spot.

No injuries were immediately reported after the late-morning eruption in southwest Japan. 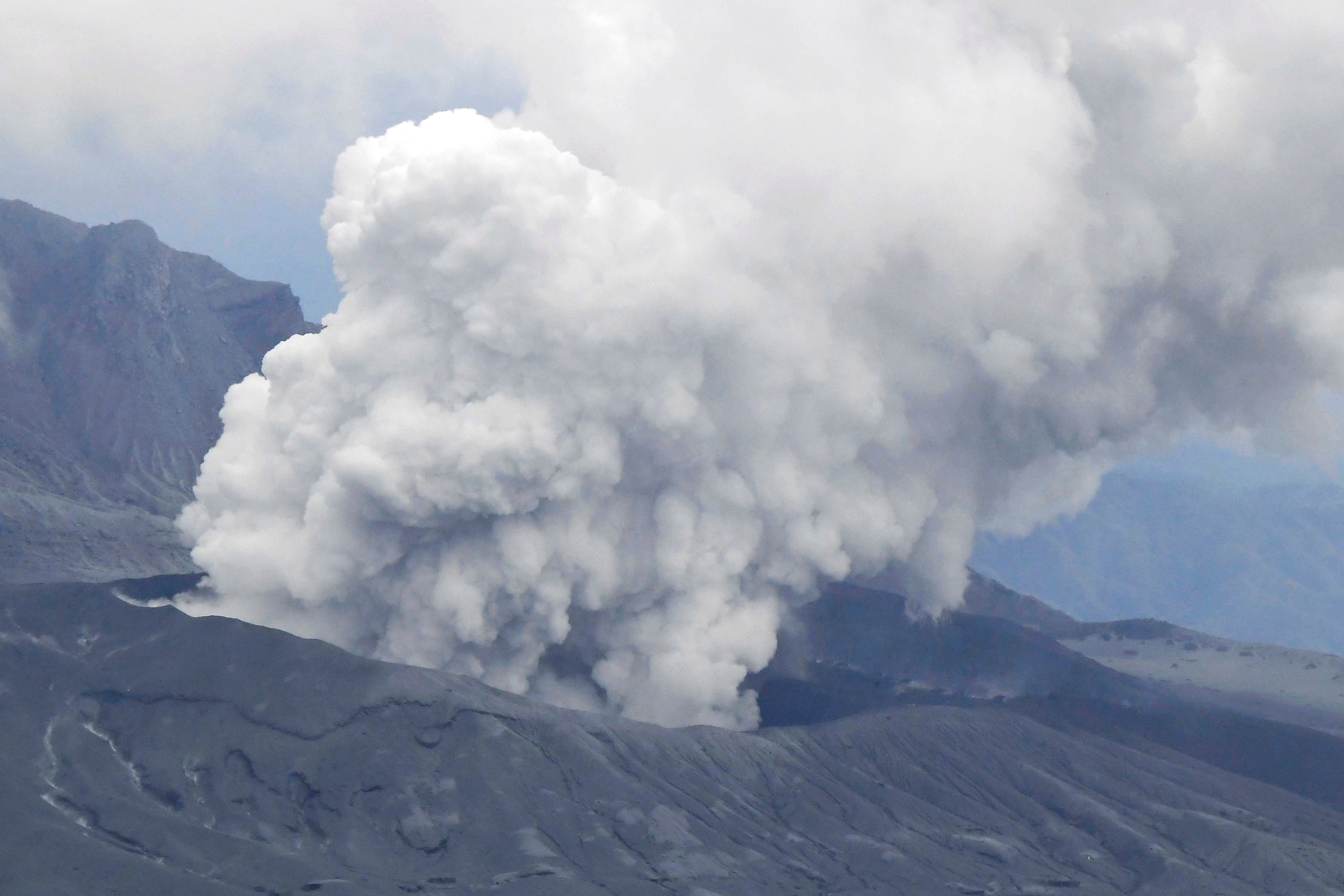 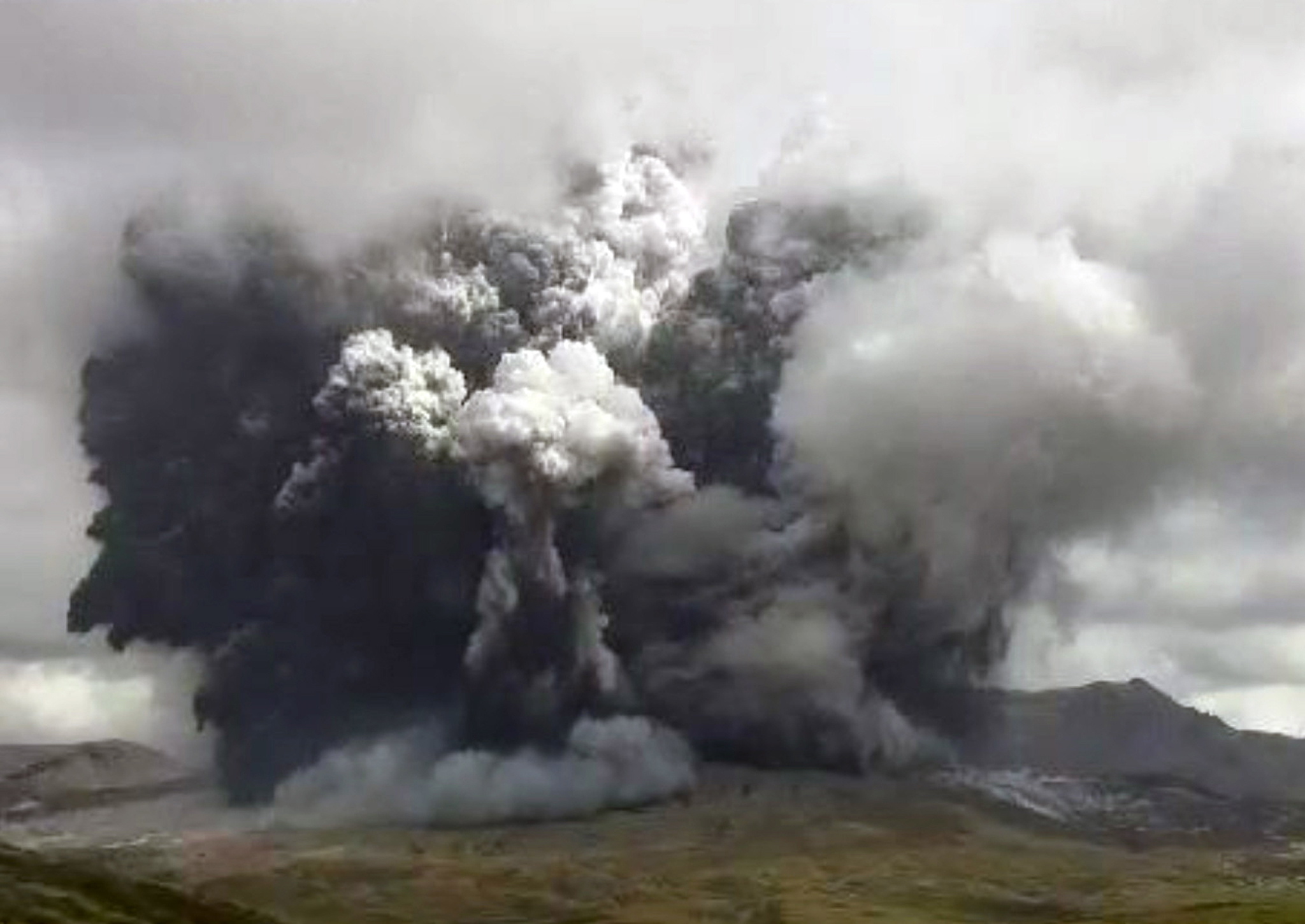 Pale grey torrents of ash were seen rushing down Mount Aso's slopes towards a nearby museum but did not reach the site.

Tourists were warned not to approach Aso as it released hot gas and ash as high as 11,500 feet, and sent stones tumbling down its grassy slopes.

According to local media, authorities searched for hikers that may have been trapped or injured as TV footage showed dozens of tour buses and vehicles parked at the museum.

For those near the mountain, "caution must be exercised for large flying rocks and flows of pyroclastic materials", said Japan Meteorological Agency official Tomoaki Ozaki.

"Caution is warranted even in far-away areas downwind, as the wind may carry not just ash but also pebbles," Ozaki told a televised press conference, warning that toxic gases may also have been emitted.

The last time a warning similar to today's level was raised was in 2016 after it rumbled back to life the year before having been dormant for 19 years.

The agency has been warning of increasing volcanic activity there in recent days, including a small eruption on Thursday.

Mount Aso's huge caldera dominates the southwestern main island of Kyushu, where the 5,223-foot volcano is a popular tourist draw.

Japan is one of the world's most volcanically active countries.

It sits on the so-called Pacific "Ring of Fire" where a large proportion of the planet's quakes and volcanic eruptions are recorded.