Bournemouth star Jordon Ibe, 24, only agreed to a police interview after crashing his £130,000 Bentley into a coffee shop when officers threatened to arrest him at a match, court hears

Premier League star Jordon Ibe only agreed to a police interview about colliding into a parked Mercedes and crashing his £130,000 Bentley into a coffee shop after officers threatened to arrest him at a match, a court heard today.

The Bournemouth midfielder, 24, is accused of hitting a Mercedes before smashing his white Bentley Bentayga 4×4 into The Pantry on Plaistow Lane in Bromley, south London, causing around £15,000 damage in the early hours of last July 30.

Ibe, who joined Bournemouth for a record £15million from Liverpool in 2016, admits not leaving any details at the scene, but says he waited 10 minutes for police.

He denies failing to stop at the scene of the accident. 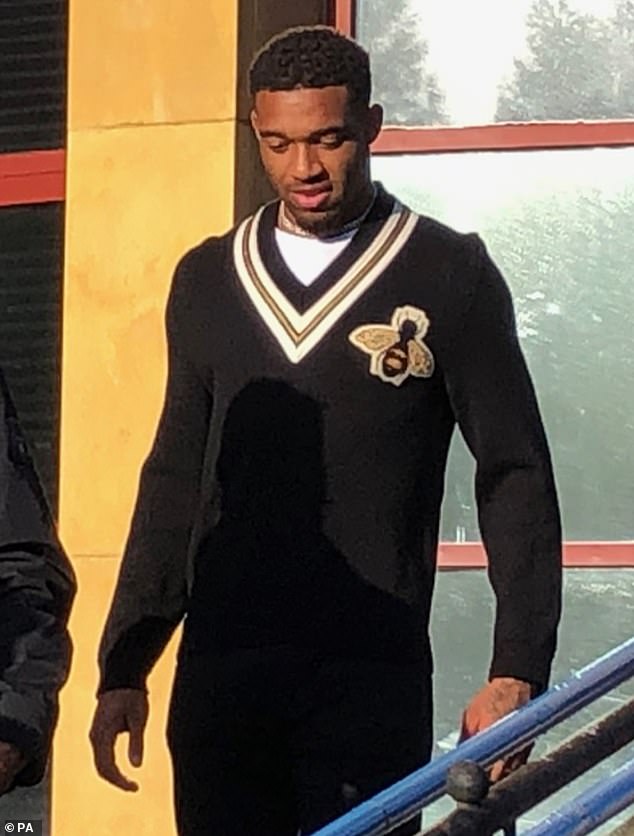 Jordon Ibe (pictured) is accused of hitting a Mercedes before smashing his white Bentley Bentayga 4×4 into The Pantry on Plaistow Lane in Bromley, south London, causing around £15,000 damage in the early hours of last July 30 (image from court date December 11, 2019)

However, the officer assigned to the case gave evidence, saying that attempts to contact Ibe were only successful after threatening to arrest him at a match.

And a woman who lives in the flat above the shop told Bexley Magistrates’ Court that Ibe disappeared from the scene of the accident within seconds.

PC Nicholas Brown said he visited Ibe’s home, where he spoke to his girlfriend, Ibe’s solicitor, and phoned the club twice before hearing from Ibe. 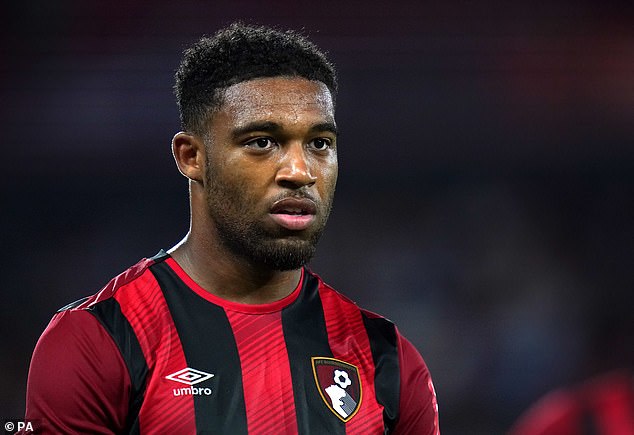 PC Nicholas Brown, the officer assigned to the case, told Bexley Magistrates’ Court how attempts to contact Ibe (above) were successful after threatening to arrest him at a match 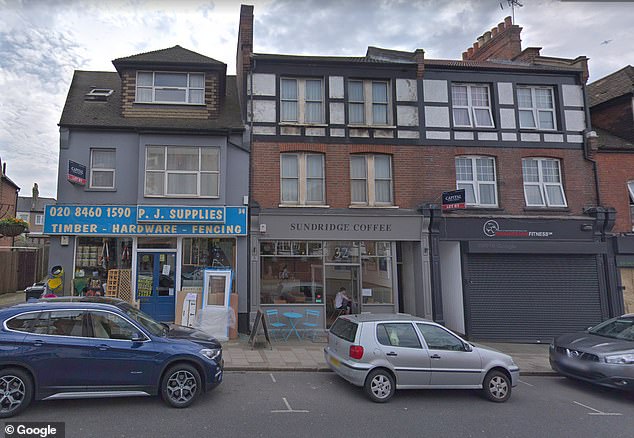 A woman who lives above The Pantry on Plaistow Lane in Bromley, south London (pictured) gave evidence, saying that Ibe had fled from the scene of the accident within seconds 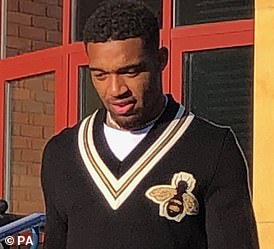 Jordon Ibe on the steps of Bromley Magistrates Court (December 11, 2019)

In a prepared statement given at a police interview, football star Jordon Ibe told investigators he didn’t realise that he had broken the law.

He said: ‘In relation to the failing to stop. I got out of the vehicle both to inspect my vehicle, the other vehicle, and the cafe for any damage.

‘I saw that there was. I waited to see if anyone within the premises was going to come out, or indeed from neighbouring premises, with whom I could exchange my details.

‘Nobody did come out to speak to me.

I assume because of the time of day, there was nobody around with whom I could exchange details and hence, after waiting, I drove away from the scene.

‘Unaware of the fact that I was under a duty to report the matter to the police as soon as reasonably practicable, and not knowing whether or not the local police stations as open, I thought it would acceptable to visit the cafe the following day, try to exchange details there and then.

‘Under this assumption I did visit the cafe the next day. I was unable to exchange my details as no persons were there (possibly because the damage), but I did take photographs and videos of the scene.

‘I became aware that the police had visited my house and had spoken to my girlfriend who made them fully aware of the circumstances and therefore took no further action as far as the police were concerned.’

Mary Griffiths, who lives above the coffee shop, said how she initially thought the cafe was being ram-raided when she was awoken by the shaking building.

She told the court: ‘I was in bed, there was a very loud bang, the building shook, you could feel the reverberations through the building. I jumped out of bed because I was frightened, I took the six steps to the bedroom window.

‘I looked directly down, I could see the top of the white vehicle which seemed to be pretty embedded in the pantry.

‘As soon as that happened the vehicle reversed out at an angle because it had already hit a car, reversed out and simply shot off towards Plaistow Green.’

Photographs of a torn wooden door frame were shown while Ibe sat in the dock, wearing a black £850 Balenciaga crew-neck jumper and a crucifix earring.

George Crivelli, prosecuting, told the court how Ibe had collided into a parked car before crashing into the shop front.

Though the defendant, of Poole, Dorset, claimed he waited 10 minutes before leaving, members of the public had reported the incident to the police.

Police arrived within four minutes, Mr Crivelli said, but Ibe had vanished. He returned the next day, but did not leave any details with The Pantry, he added.

Mr Crivelli said:  ‘In hitting the shop he had cause such damage that the front of the shop had to be removed from its foundations and declared unsafe and also left part of his car inside the shop as a result of this collision.

‘The defendant said that he waited 10 minutes at the scene before leaving.

‘The Crown say that two members of the public called 999 and, despite a police unit attending within 10 minutes, the defendant had left the scene. The defendant says that he returned the next day and this was over 12 hours later and he didn’t leave any details with anyone.’

Defending, Frank Rogers said the star footballer, who earns £38,000 per week, had already pleaded guilty to driving without due care, and had accepted that the accident was not reported by him to the police ‘as soon as was reasonable and practicable within three hours’. The trial continues.