The most senior judge in England and Wales has said judges and magistrates must consider how the coronavirus crisis is affecting conditions in prisons when deciding whether to jail offenders after nearly 350 prisoners tested positive for coronavirus.

The Lord Chief Justice Lord Burnett believes that those in charge of passing sentences should take into account that the impact of a custodial stint may now be greater on an offender due to the pandemic.

Lord Burnett stressed that prisoners and their families are likely to be anxious about contracting the virus, because they spend the majority of the day in their cells and are unable to receive visits.

The warning comes after the Ministry of Justice said that 345 prisoners tested positive for coronavirus in 73 jails. 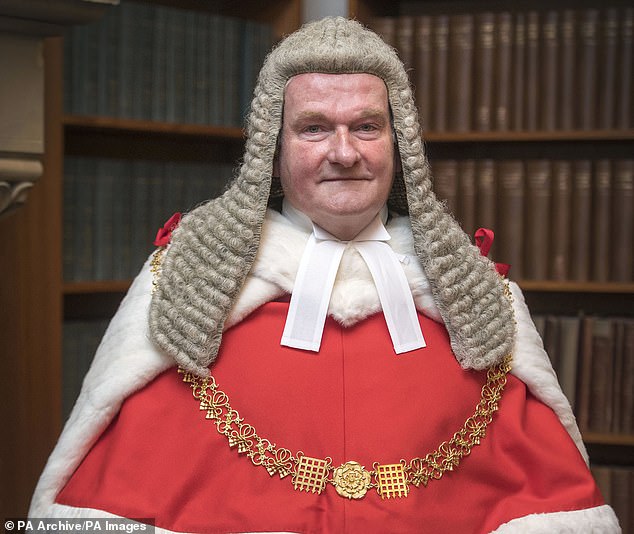 Judges and magistrates must consider how the coronavirus crisis is affecting conditions in prisons when deciding whether to jail offenders, Lord Burnett has said

It was also revealed that 18 inmates and six staff have died from coronavirus across the nation.

These latest figures from the Ministry of Justice reflect the total number of recorded positive cases, meaning those who currently have the virus and those who have recovered.

Cases of Covid-19 have been recorded in more than half of prisons in England and Wales, with staff also running short on personal protective equipment.

And amid increasing concern over the state of the ongoing health emergency in jails, Lord Burnett said on Thursday: ‘The current conditions in prisons represent a factor which can properly be taken into account in deciding whether to suspend a sentence.

‘Judges and magistrates can therefore, and in our judgment should, keep in mind that the impact of a custodial sentence at the moment is likely to be greater during the current emergency than it would otherwise be.’

A total of 293 prison workers and 321 inmates, as of 5pm last Saturday, had contracted coronavirus – and Justice Secretary Robert Buckland QC also highlighted dwindling supplies after revealing the figures. 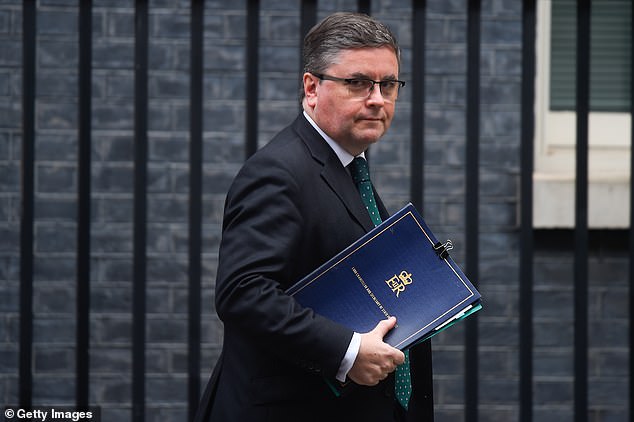 He told the House of Commons justice question time that stocks of protective bodysuits are running low, but eyemasks, eye shields and hand sanitisers remain in plentiful supply.

Last month, approximately 3,500 prison staff were believed to be in self-isolation due to suspected Covid-19. This figure represents around a tenth of the workforce.

Three of the deaths among inmates were at HMP Littlehey in Cambridgeshire, with others being held at Birmingham, Manchester, Altcourse in Merseyside, Belmarsh in South East London, Whatton in Nottinghamshire and a female prisoner at Low Newton, County Durham.

The government announced in April that 4,000 low-risk prisoners, who have less than two months to serve of their sentence, will be eligible for early release in order to attempt to control the spread of the killer disease.

Court trials should take place in empty university lecture halls, schools and leisure centres to help the ‘incapacitated justice system’ during the Covid-19 outbreak, according to Labour.

The Government needs an emergency action plan to maintain open justice during the pandemic and ensure there are lasting improvements afterwards, the opposition party has claimed.

The calls have been made in a letter to Justice Secretary Robert Buckland from the shadow justice secretary David Lammy and shadow attorney general Lord Falconer.

Online streaming of court cases should become the norm so the justice system is more open, transparent and fair, they said.

The Probation Service later revealed that all those freed early, on temporarily licence, will be electronically monitored before they are allowed to leave prison.

Mr Buckland confirmed on Thursday that ‘about 40’ prisoners have been freed from jail early.

The number of criminals behind bars across England Wales was 81,124 on Friday, with the overall figure having fallen by roughly 1,000 in the last fortnight.

It has also been revealed that juries may be reduced in size for the only time since the Second World War – and trials may also be carried out online to maintain social distancing even when the lockdown is lifted.

Lord Burnett is considering cutting the number of jurors from 12 to as low as seven, and conceded that trials could take place in lecture theatres or halls to keep adequate distance between people.

Traditional courts, such as The Old Bailey in London, would be too small.

In yet another day of coronavirus developments: 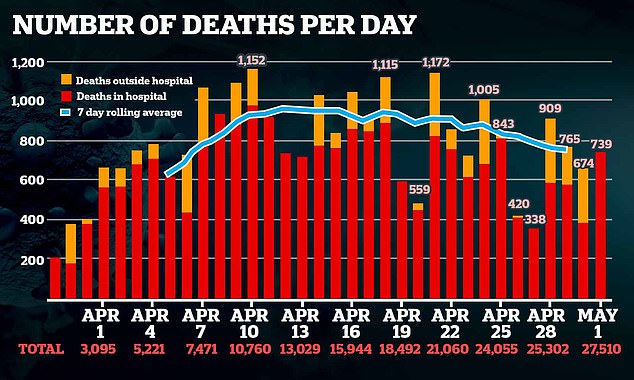 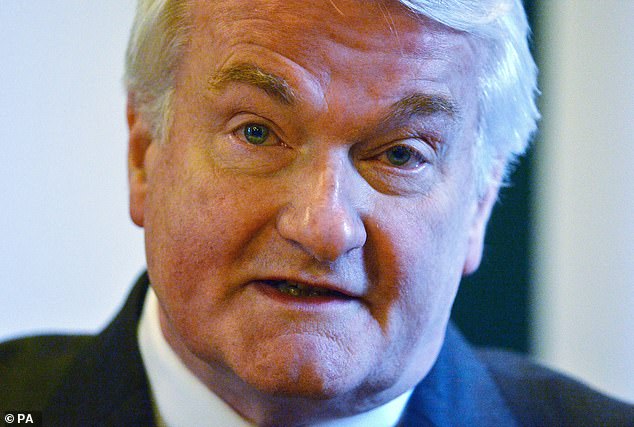 Lord Burnett is also considering reducing juries in size for the only time since the Second World War, with the number of jurors potentially being cut from 12 to as low as seven 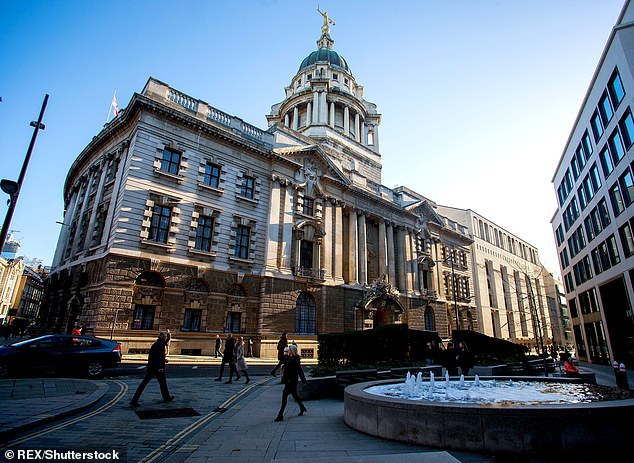 Trials may also take place in lecture theatres or halls with traditional courts, such as The Old Bailey in London (pictured) deemed too small to enforce social distancing

A senior lawyer has suggested that all criminal trials held during the lockdown should be heard without juries.

Jury trials in the UK have ground to a halt since March, but the move has caused an increasing backlog of 37,434 cases, as of April 30, awaiting trial.

Sir Richard Henriques said juries should be scrapped during the pandemic, with judges hearing cases alone instead.

The QC wrote in The Times: ‘Our crown courts cannot remain closed when domestic violence is escalating, prisons are overcrowded with people awaiting trial, fraudsters exploit Covid-19 opportunities and the existing backlog of cases grows ever longer,’ he wrote.

‘Judges recognise a bad officer when they see one, can assess credibility, reject unreliable identification evidence, avoid bias and accurately apply the burden and standard of proof.’

Are the school term dates the same in England, Scotland, Wales and Northern Ireland?