Katie Price avoids bankruptcy as she reaches deal with creditors – including £22,000 owed to the taxman – to pay off spiralling debts after blowing £45m fortune

Katie Price today avoided being made bankrupt after coming to an agreement over a £22,000 tax bill.

The former glamour model had been given time to try to reach an agreement with creditors after an earlier hearing.

And this morning, the High Court was told that the petition to make her bankrupt had been dismissed.

The 40-year-old’s case was heard at a specialist insolvency and companies court in Central London this morning.

Price was not at the court for the hearing which lasted less than two minutes.

Deputy Insolvency and Companies Court Judge Middleton said: ‘This case has been dismissed after the parties concerned reached an out of court agreement.

‘Court costs of £881 are to be paid in accordance with the terms of the IVO (Individual Voluntary Agreement).’

Outside court, a spokesman for HM Revenue & Customs (HMRC) added: ‘We are not the lead creditors in this case, but we are happy with the agreement. I can’t tell you who the other creditors are in this case at the minute. 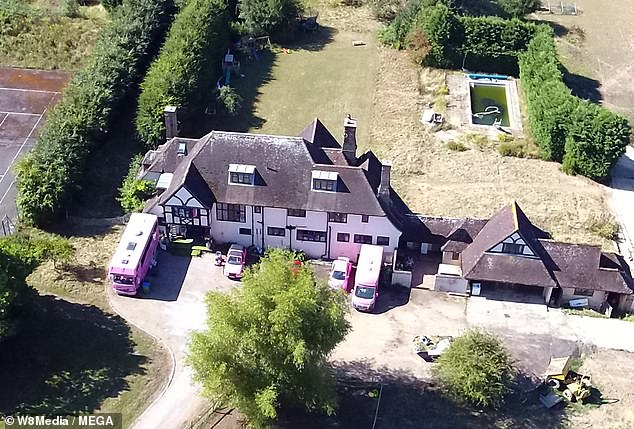 ‘We don’t have a specific date for the first payment and the amount has not been decided. Katie Price was not obliged to turn up to this court hearing today.’

Price, formerly known as Jordan, has tied the knot three times and has been in the headlines following the collapse of her most recent marriage to Kieran Hayler.

She also recently revealed her mother Amy Price has been diagnosed with idiopathic pulmonary fibrosis (IPF) – the same disease that killed Keith Chegwin.

Price was arrested in October on suspicion of drink-driving after being found by police at 2am in a damaged car in Woolwich, South East London.

The ex-Loose Women panellist revealed in July she had reported herself to police for violating a driving ban, handed to her in February after she was caught speeding. 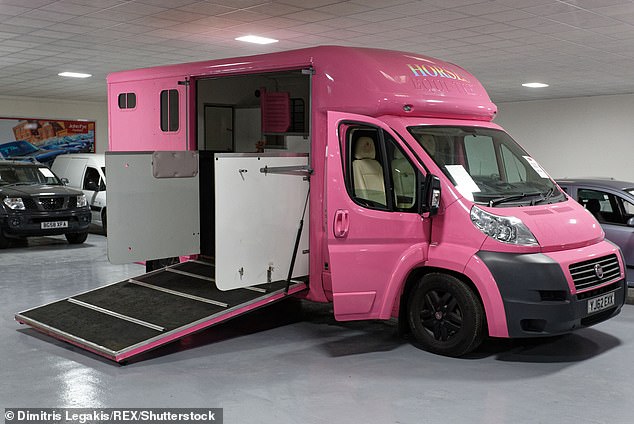 The former I’m A Celebrity… Get Me Out Of Here! star was once said to be worth £45million.

Speaking after the August hearing, her representative said: ‘Katie is aware of the hearing and is working with her advisers to resolve her current financial issues.

‘She hopes to be in a position to do so and reach agreement with her creditors.’

In October she got a stay of execution on whether she has to declare bankruptcy or not whilst the taxman assesses her plan for entering the IVA. 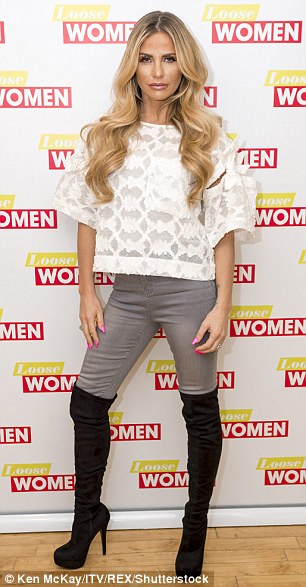 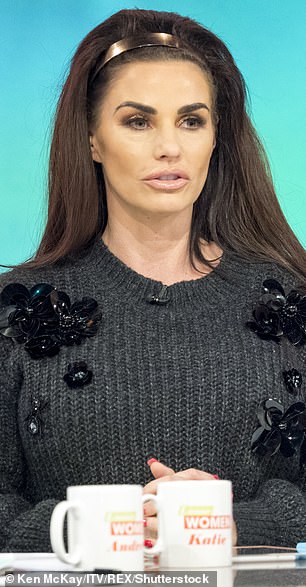 A decision had been due then but she was given an extension. The IVA is a formal agreement which allows people to pay back creditors at an affordable rate.

If HMRC did not accept her proposal then she would have been declared bankrupt, made insolvent and a trustee would have been appointed to sell off her assets to raise capital for the creditors.

But this morning, lawyers representing her creditors told the court that her IVA proposal was accepted on Friday of last week.

Price recently revealed she had blown her entire £45million fortune – and had been bidding for months to stave off bankruptcy.

Her once-lucrative business empire began falling apart after her third marriage failed and her businesses collapsed.

In recent months there have been reports that the former model, a keen horse rider, had been trying to sell off her pink horsebox and a number of her animals.

She bought it for £1.35million in October 2014, but it has since fallen into a state of disrepair, with the grounds strewn with rubbish and the pool full of dirty water.

Katie Price, 40, ‘set to wed for a FOURTH time’ amid reports she’s proposed to Kris Boyson, 30

BY JASON CHESTER FOR MAILONLINE

It’s understood the couple are keen to keep the engagement out of the public eye until it is documented in a forthcoming episode of reality show My Crazy Life.

‘All these denials and protesting about how much she loves being single aren’t quite true,’ a source told New! 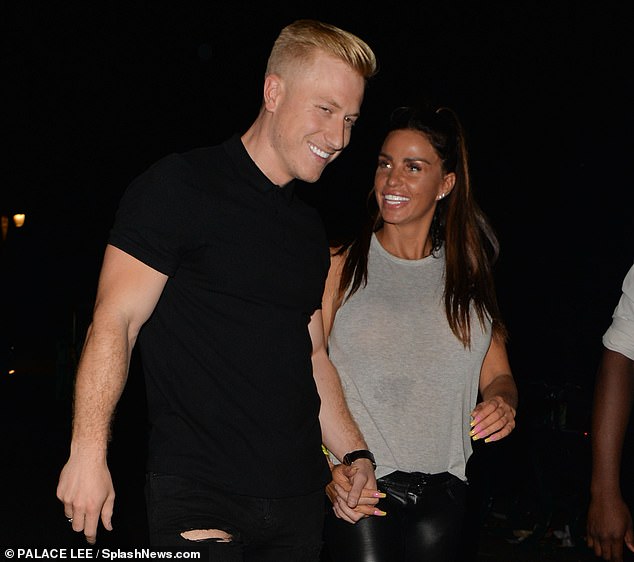 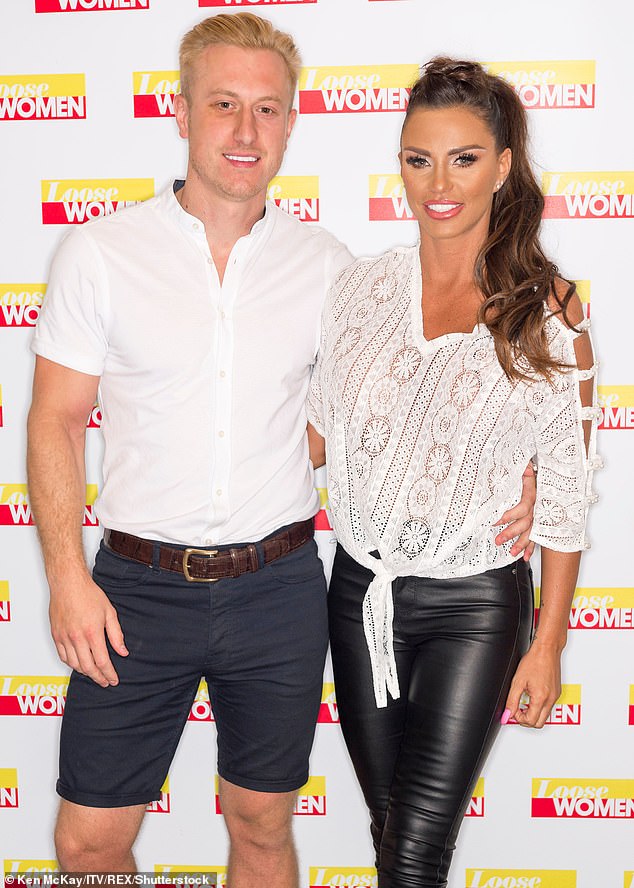 Under wraps: It’s understood the couple are keen to keep the engagement out of the public eye until it is documented in a forthcoming episode of reality show My Crazy Life

‘Yet again Katie is keeping everyone guessing. The fact is that there’s an engagement on the cards.’

It’s understood the couple opted to take their relationship to the next level during a romantic trip to Glasgow in November.

However sources claim it was former glamour model Price, 40, who proposed to the 30-year old personal trainer – with the moment serving as a dramatic cliffhanger on next week’s episode of her fly-on-the-wall reality show.

It will be Price’s fourth marriage, with the reported engagement coming as she continues to finalize her messy divorce from Kieran Hayler. 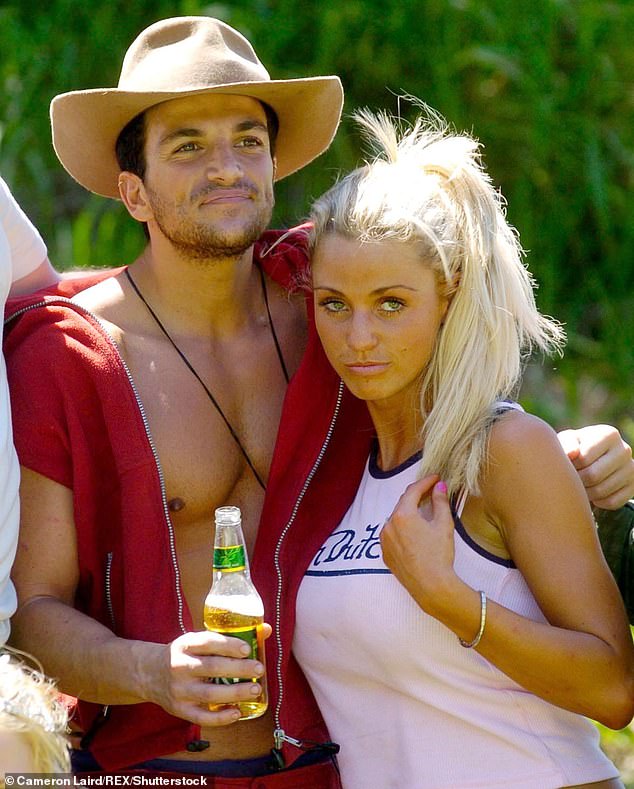 Old times: Katie met first husband Peter Andre while they appeared as contestants on the 2004 series of I’m A Celebrity… Get Me Out Of Here! 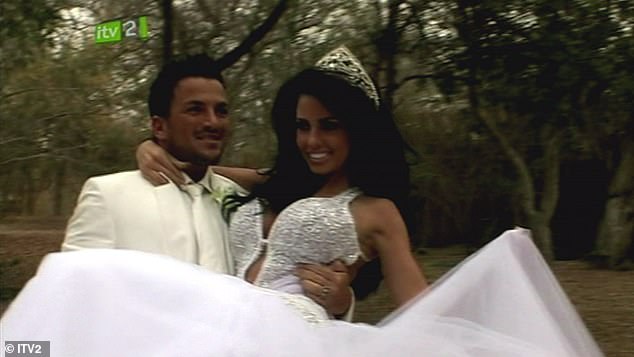 I do: The couple later exchanged vows in South Africa, with the occasion captured on their reality show, Katie & Peter: The Next Chapter

The mother of five ended their-five year marriage in May after Hayler – a self-confessed sex addict – confessed to numerous affairs with different women, including two of her closest friends’ and their children’s former nanny.

Her second, to cage fighter Alex Reid, took place at the Wynn Hotel in Las Vegas, with a formal wedding following soon after in 2010. The couple separated little more than a year later.

Price’s went in to marry former male stripper Hayler at the Sandals Royal Bahamian Resort and Spa in the Bahamas after accepting his proposal on Christmas Day the previous year. 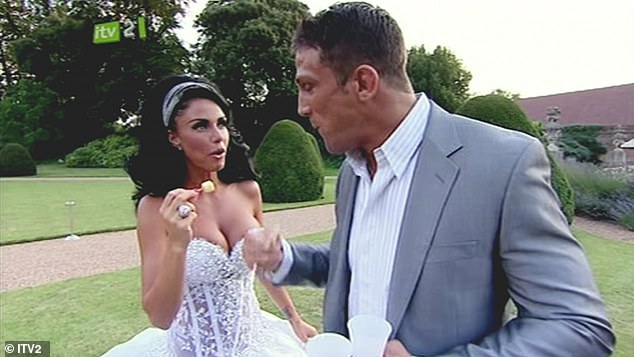 Second roll of the dice: Katie’s second marriage, to cage fighter Alex Reid, took place at the Wynn Hotel in Las Vegas, with a formal wedding following soon after in 2010 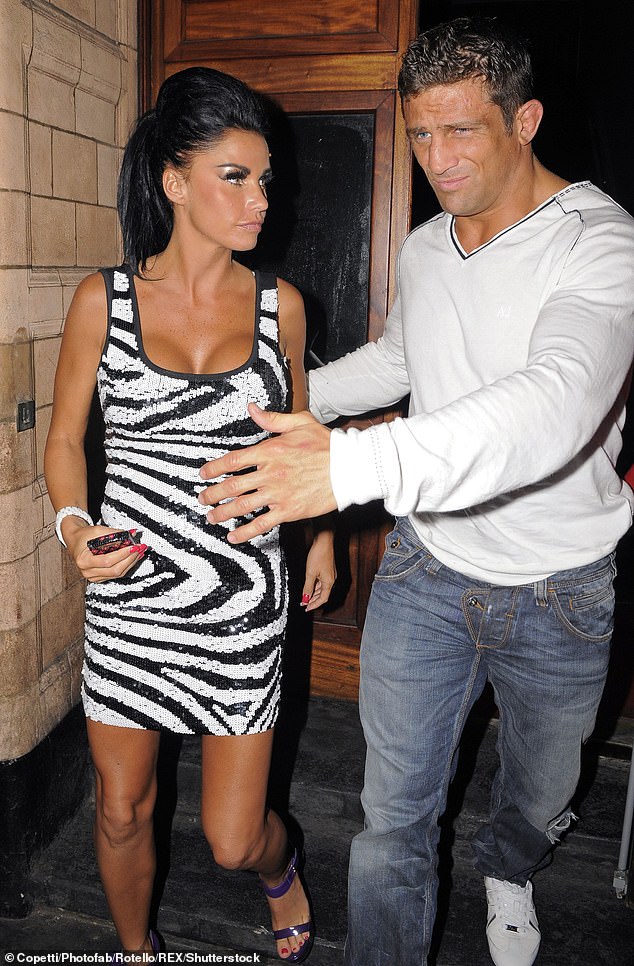 Short lived: The couple separated little more than a year into their brief marriage 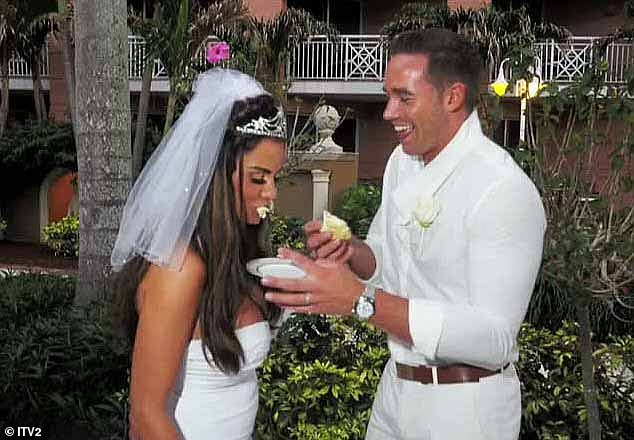 Third time lucky: Katie went in to marry former male stripper Kieran Hayler at the Sandals Royal Bahamian Resort and Spa in the Bahamas after accepting his proposal on Christmas Day the previous year

And friends are said to be deeply opposed to her reported marriage plans after three previous failed attempts – with many questioning Boyson’s motives.

‘Katie has made no secret about wanting to wed Kris, but everyone in her inner circle knows how fame-hungry he really is,’ a source told New!

‘They think he’s worse than her ex Alex Reid, and they know if a televised engagement is on the cards he’s not going to say no.’