Let us join the picket lines! Labour leader Sir Keir Starmer is facing pressure from top allies to allow them to stand with strikers… but they promise not to wave placards

Keir Starmer is facing pressure from frontbenchers to be allowed to join picket lines – as long as they don’t wave placards.

The Labour leader issued fresh calls for his team to stay away from pay protests last weekend.

But Lisa Nandy, his levelling up spokesman, was seen with striking BT workers in Wigan on Monday.

No action was taken, with her allies saying she had received clearance from Labour HQ to attend. 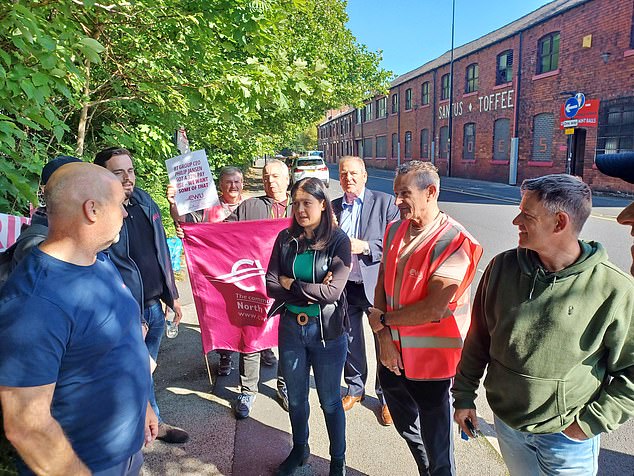 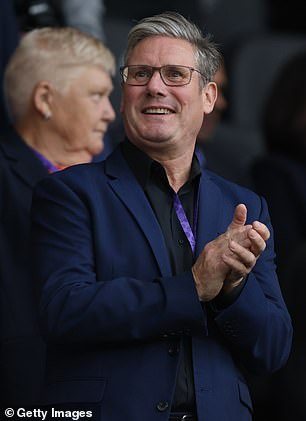 Three of Sir Keir Starmer’s top team told him to drop the issue after the episode with Mrs Nandy, according to The Guardian

Now members of the shadow cabinet are urging Sir Keir to change his edict and allow them to show solidarity with strikers – on the basis that they are meeting constituents rather than joining the pickets.

The Labour leader will reportedly make a decision when he returns from holiday on August 15.

Three of Sir Keir’s top team told him to drop the issue after the episode with Mrs Nandy, according to The Guardian.

‘She’s talking to her constituents, who are on a picket line, to find out how they feel,’ one said.

‘There’s a world of difference between that and standing on a picket line with a placard.’ But party officials said Sir Keir’s position was not likely to change.

A source added: ‘There are ways of resolving disputes, engaging with unions and keeping in with Labour traditions, but that’s not necessarily through gesture politics, such photo ops and placards on pickets, so that position hasn’t changed.’

Shabana Mahmood, Labour’s national campaign coordinator, doubled down on the party leader’s message yesterday, telling Sky News: ‘A government-in-waiting has to behave seriously like a government.

‘He’s been very clear that Labour frontbenchers should not be picketing at a picket line – but there’s a world of difference between that and members of parliament meeting their constituents and talking about the issues that are affecting them. That’s what Lisa was doing.’

Yesterday Scottish Labour leader Anas Sarwar became the latest senior party figure to defy Sir Keir when he encouraged his own team to turn out on picket lines.

Man Who Found Alexis Sharkey's Body Thought It Might Have Been a Mannequin at First: 'He Was Scared'