Niners fans turned the Rams' home stadium into their own during Week 18, filling the stands with red and forcing Rams quarterback Matthew Stafford, Kelly's husband, into a silent count. Jimmy Garoppolo had no such issues despite being the visiting quarterback.

"It was crazy. Again, I've never seen anything like that," Kelly Stafford said of the silent count comparison on "The Morning After" podcast she hosts. "It made it very hard for us because I guess we weren't expecting to be on silent count."

The Rams blew a 17-point lead and had to fight back to force overtime, but lost on a field goal. Head coach Sean McVay told reporters after the game the crowd situation caught them off guard because it "had been a great, great atmosphere, great environment" to play home games at during the season.

Matthew Stafford also noted how difficult it was on the offense.

"It was a tough environment for us to communicate in, really, the whole second half," Matthew Stafford said via Rams Wire. "Our guys did a nice job and we got that lead back. Just didn’t finish it the way we can on offense and could’ve – had we gotten a first down there, the game probably would’ve been over.” 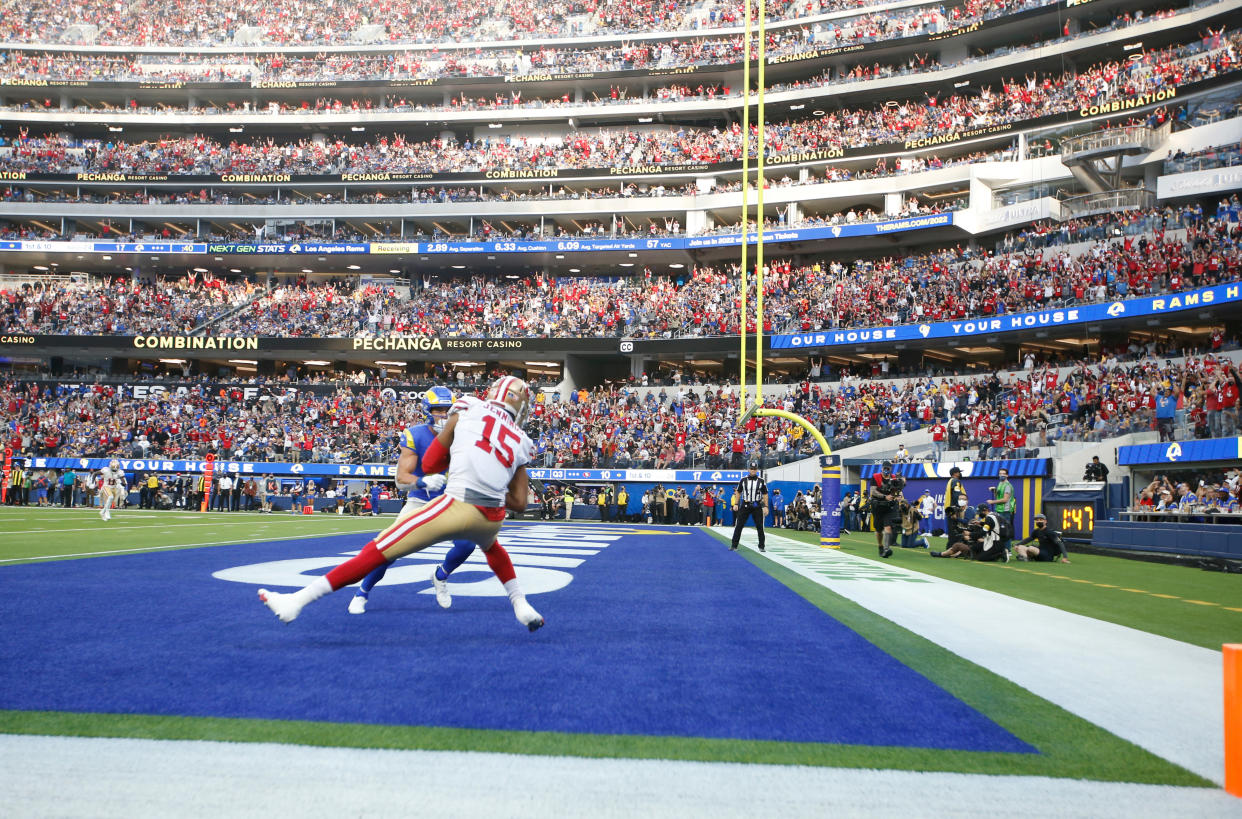 Kelly Stafford would rather not see it happen again on Monday when the Rams, seeded fourth in the NFC, host the Arizona Cardinals, seeded fifth.

"My plea," she wrote in her post sharing a clip from the show. "Please don’t sell you tickets to Arizona fans."

San Francisco and Glendale, Arizona, are each a little more than a six-hour drive from SoFi Stadium. But Los Angeles likely is already home to San Francisco fans since the franchise has been around longer than any in Los Angeles.

And the game being on a Monday night might work in the favor of Cardinals fans avoiding the trip. Then again, it is the playoffs.

The contest will be the Staffords' first home playoff game. The Detroit Lions reached the playoffs three times during Stafford's 12 years there, but all three games were on the road. And all three were losses.

The Rams and Cardinals split their two matchups this season. Los Angeles lost, 37-20, during Week 4 in Los Angeles and won, 30-23, on the road in Week 14. The Rams were a 3.5-point favorite on Sunday night and moved to a 4.5-point favorite as of Thursday morning on BetMGM.