KINDERGARTEN Cop has become the latest victim of cancel culture after it was pulled form a film festival for "romanticizing over-policing children".

The 1990 comedy was due to appear at a drive-in festival in Portland this week, but critics said it celebrated the "school to prison pipeline". 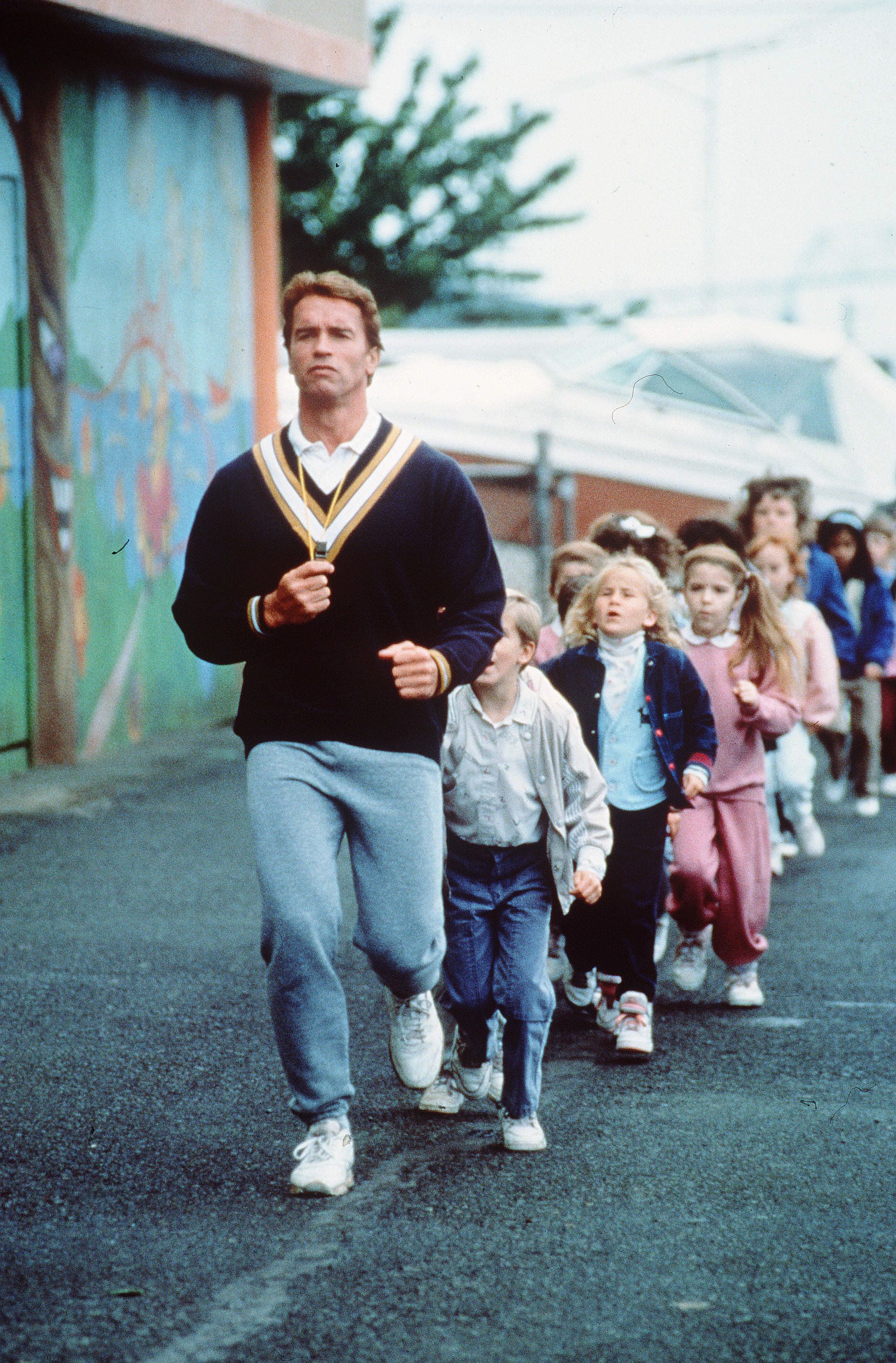 The film, which stars Arnold Schwarzenegger, was likened to Birth of a Nation and Gone With The Wind and had been scheduled to screen at NW Film Center's Cinema Unbound on August 6.

The movie was filmed in Astoria, in Oregon, and celebrates its 30th anniversary this year.

The center had planned to show the film "for its importance in Oregon filmmaking history," according to a press release.

However an online campaign, which involved a Portland author, led to the center announcing the cancelation following discussions with "staff and community members", Willamette Week reported. 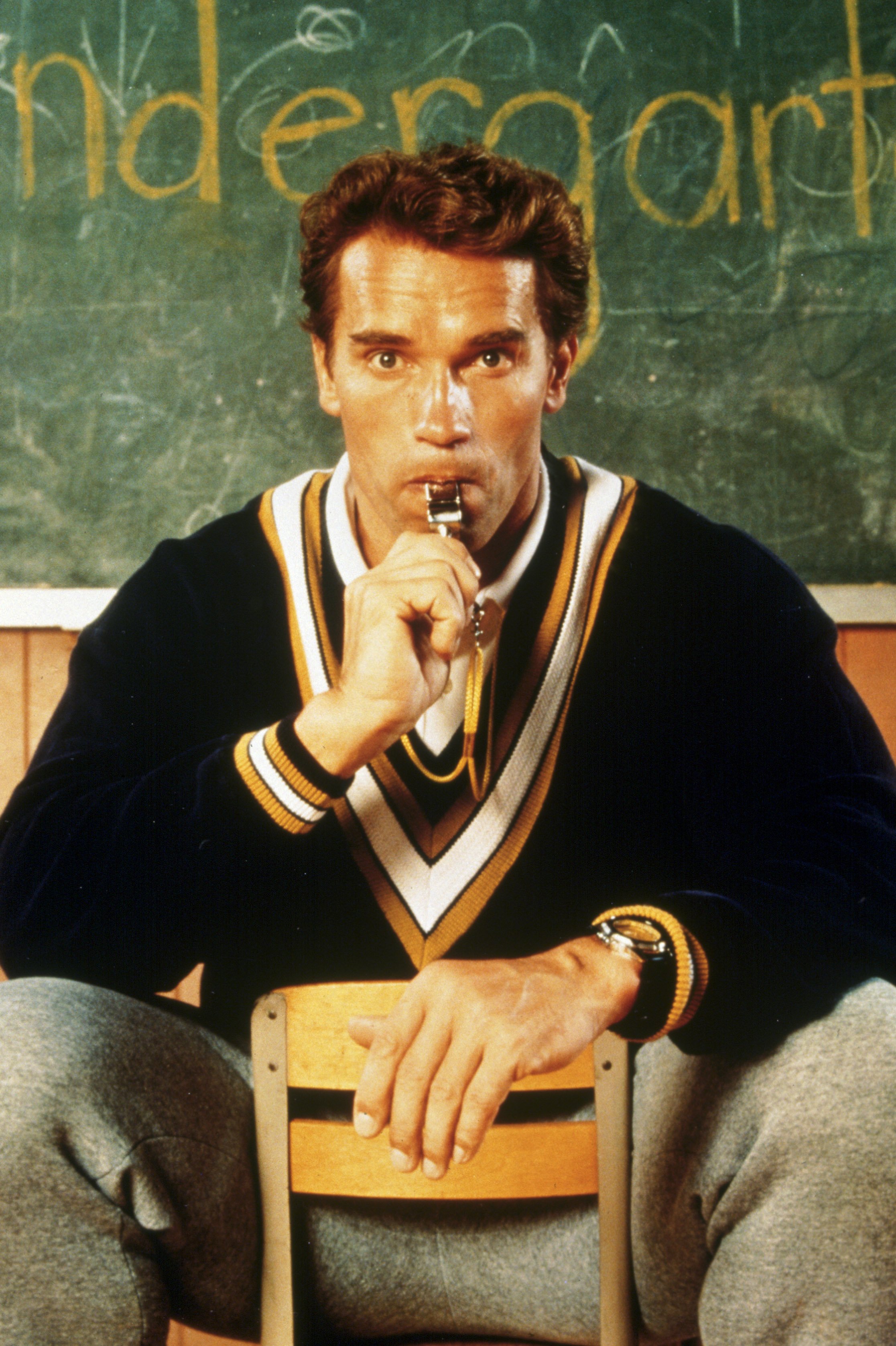 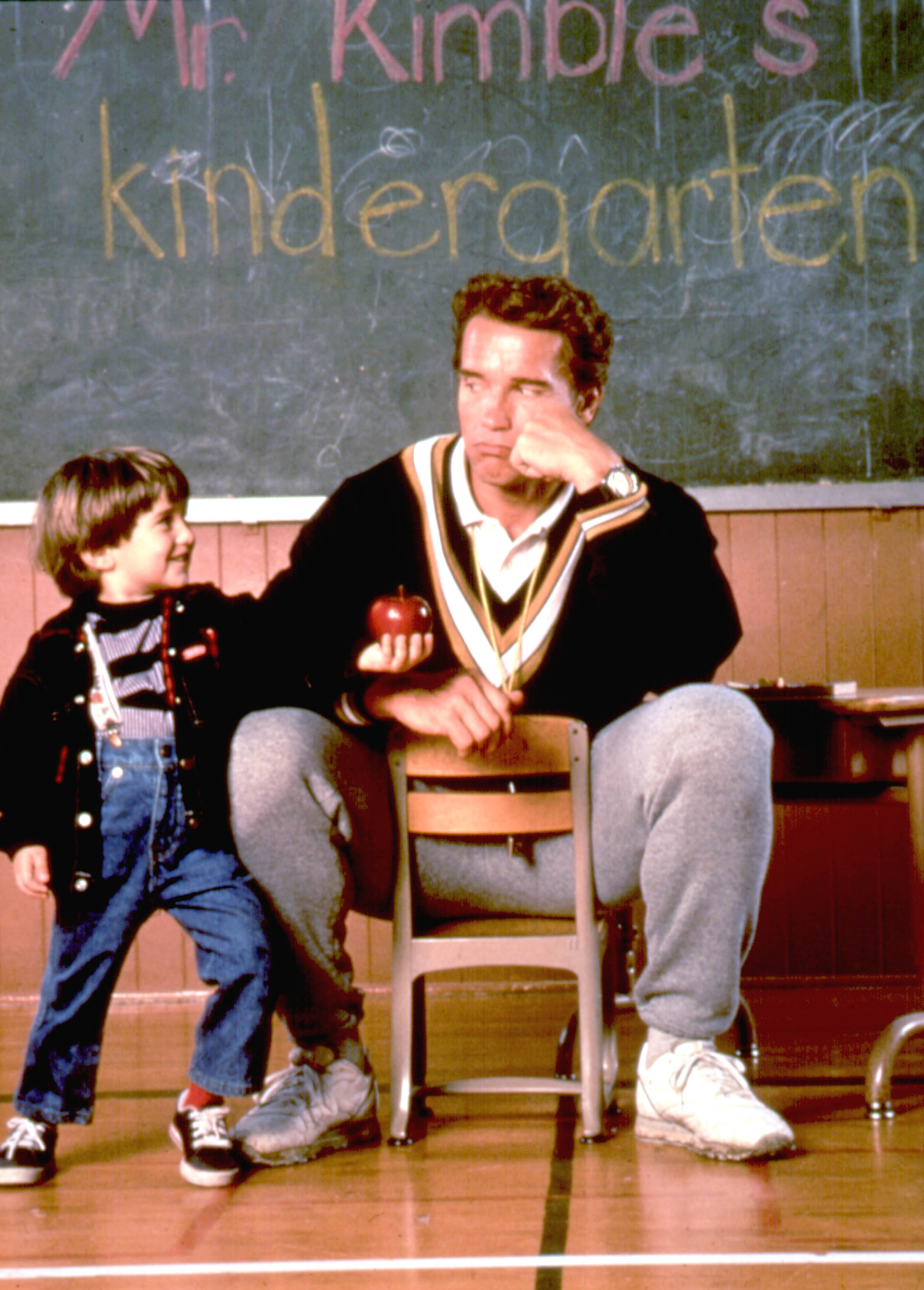 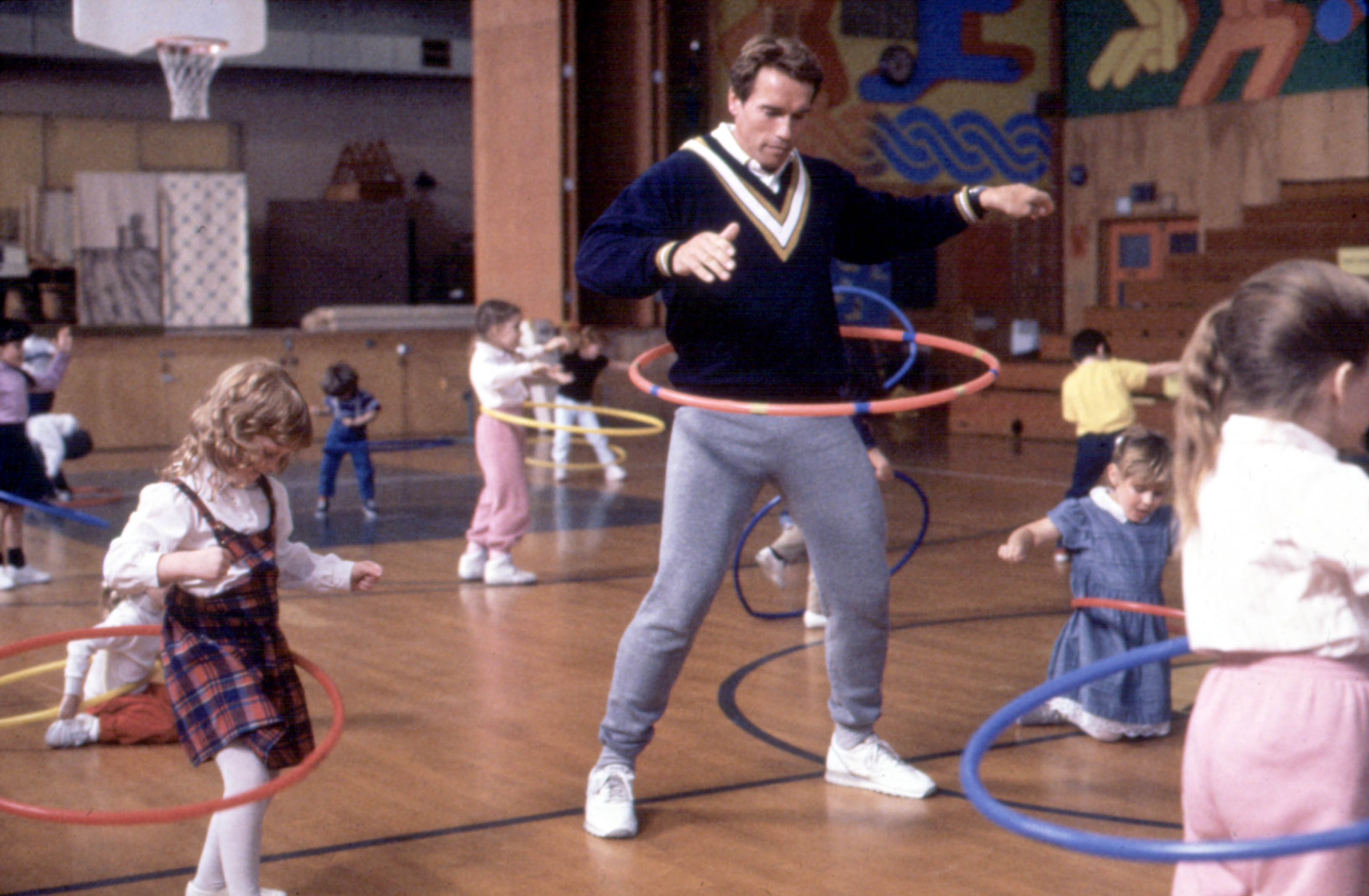 Lois Leveen, author of The Secrets of Mary Bowswer, a novel based on the life of a slave-turned-spy, tweeted that it was a "weird time" to screen the film.

""National reckoning on overpolicing is a weird time to revive Kindergarten Cop. IRL, we are trying to end the school-to-prison pipeline," she said, according to the local paper.

"There's nothing entertaining about the presence of police in schools, which feeds the 'school-to-prison' pipeline in which African American, Latinx and other kids of color are criminalized rather than educated. Five-and six-year-olds are handcuffed and hauled off to jail routinely in this country. And this criminalizing of children increases dramatically when cops are assigned to work in schools."

In the movie, Schwarzenegger's character John Kimble works as an undercover cop at a school in order to catch a drug kingpin, whose son attends the establishment. 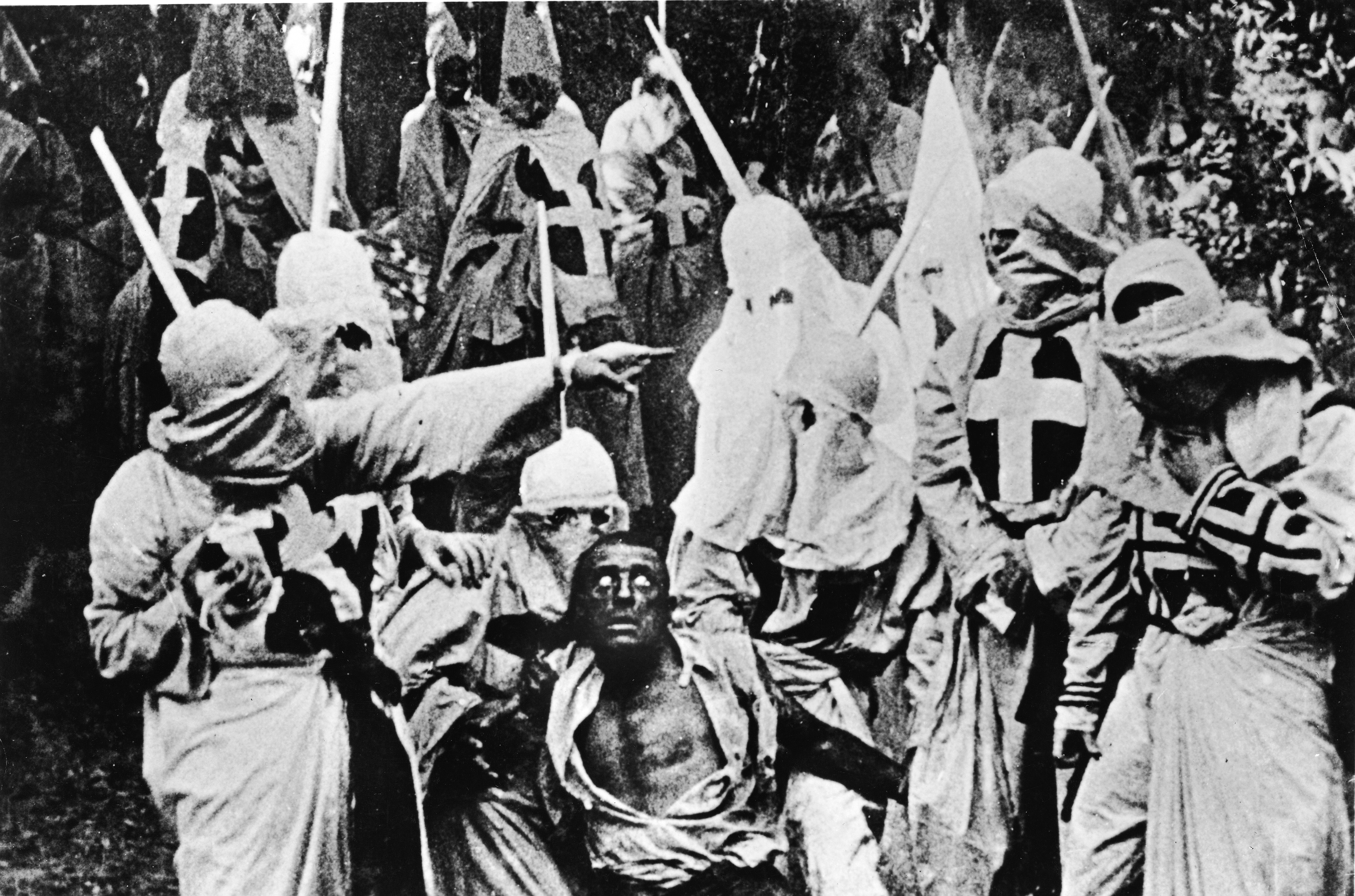 Leveen also sent a message to the local paper, adding: "It's true Kindergarten Cop is only a movie. So are Birth of a Nation and Gone With the Wind, but we recognize films like those are not 'good family fun.

"They are relics of how pop culture feeds racist assumptions."

"Thank you for your feedback," the NWFC had said in a reply to Leveen's initial tweets, which are now hidden from public view.

"Due to overwhelming demand, the Northwest Film Center has added a second showing of John Lewis: Good Trouble to the Cinema Unbound Drive-In at Zidell Yards.

"After discussion with staff and community members, however, we agreed that at this moment in history, John Lewis: Good Trouble is the right film to open this year’s Drive-In series.

"The additional showing on August 6 replaces Kindergarten Cop, which had been chosen for its importance in Oregon filmmaking history."

A spokesperson for NWFC added the center's decision was not just a result of Leveen's comments, but "a dozen others, including Black community members who asked us to consider opening the Drive-In with a different movie".

Instead, the center will add another screening of Good Trouble, about civil rights icon John Lewis, who died on July 17.

Michael Jackson’s famous white glove sells for more than £85,000 at auction – The Sun