Next month’s election comes in the wake of the L.A. City Council President Nury Martinez stepping down from her leadership post and taking a leave of absence from the council, after an audio recording of her making racist remarks surfaced.

In bringing up that topic, Telemundo anchor Dunia Elvir stated: “The next mayor of Los Angeles will be either an African-American woman or a white man.” 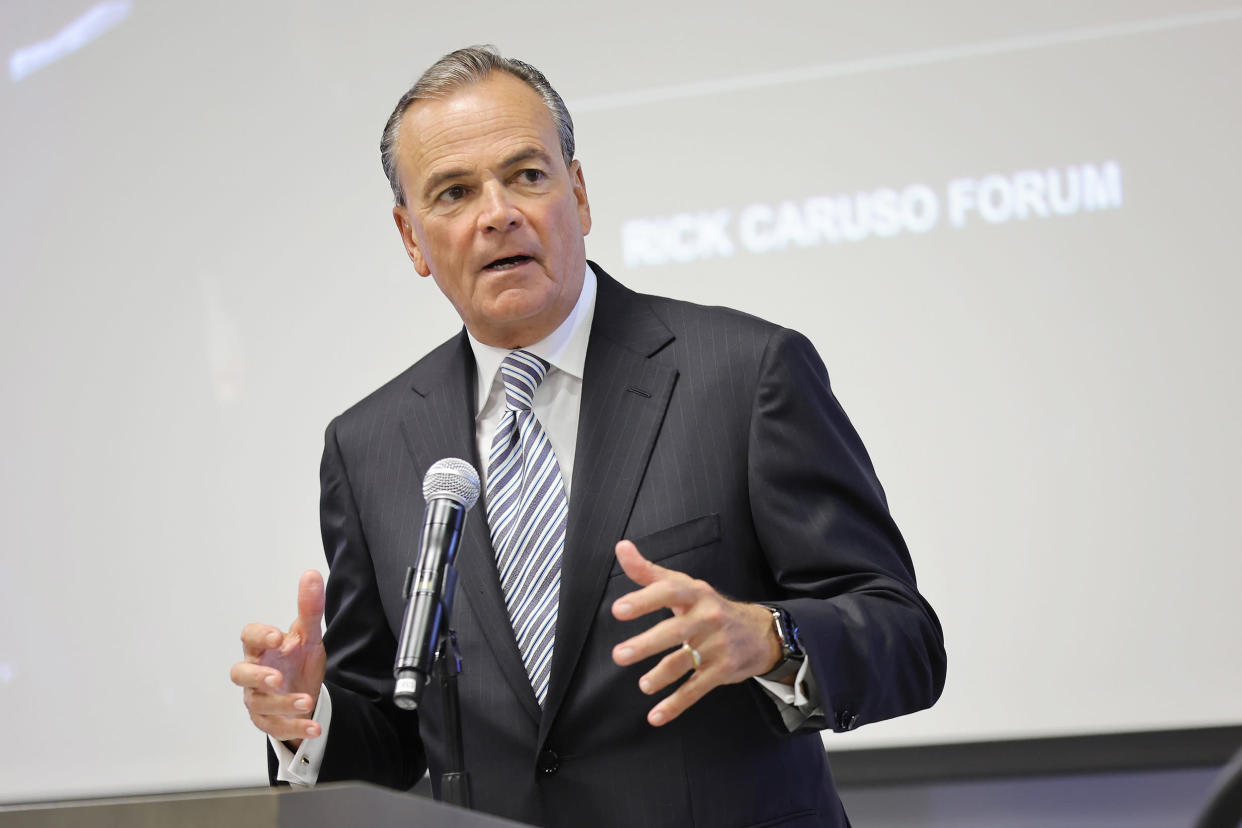 Elvir responded, “Italian-American,” as Caruso insisted that his racial identification be stated on his terms.

“If one one group rises, we all rise. We do this together in unison and we don’t separate, we don’t divide. But we all say to ourselves we can do this and we can have a better city.”

“Wow, did Caruso just say he is Latin? That he is not a white man?” community activist Alberto Retana tweeted on Tuesday night. “I am floored. We cannot let him do this. Terrible.”

Comedy writer Nick Jack Pappas cracked that Caruso has as much connection to Latin Americans as Christopher Columbus.

“Can’t wait for Rick Caruso to claim Columbus was a Latino immigrant,” the writer tweeted.

The Los Angeles Times on Sunday reported that it had obtained 2021 audio from a political strategy meeting in which Martinez and Councilman Kevin De León used racist slurs in reference to Councilman Mike Bonin’s young son, who is Black. Bonin is white.

Caruso appeared to be hanging his “Latin” hat on cultural terms used outside of the United States, according to Mark Hugo Lopez, director of race and ethnicity research at the Pew Research Center.

“‘Latin’ is something in southern Europe. You’ll hear people refer to themselves as ‘Latins’ and that includes people who are Spanish, Portuguese, French and Italians,” Lopez told NBC News on Wednesday.

But in common American parlance, “Latin” generally refers to people who can trace their lineage to Latin American nations.

“‘Latino’ and ‘Latin American,’ those really U.S.-based terms that have specific meanings and it refers to people from Latin America,” said Lopez.

How to eat a plant-based diet (without giving up meat)