THE LABOUR frontrunners have been blasted as a “clone of Corbyn” and “too corporate” by people who used to vote for them.

A Channel 4 focus group of former Labour supporters in Birmingham produced nightmare results for Sir Keir Starmer and Rebecca Long-Bailey, with both being dismissed by voters. 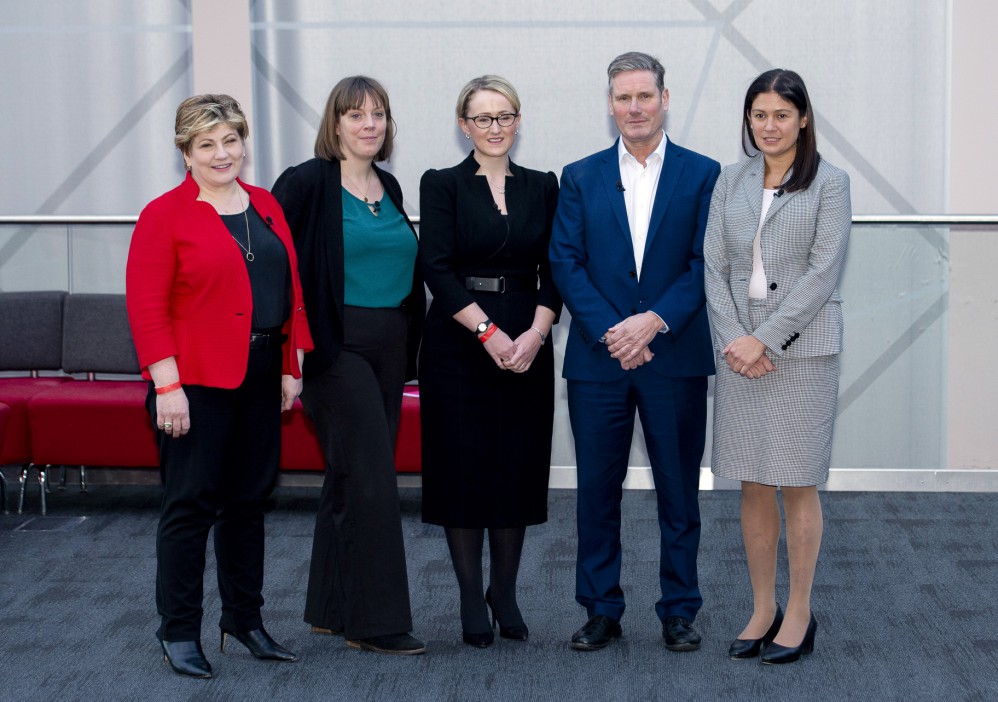 In the focus group Sir Keir was labelled “a bit corporate … a bit like David Cameron”.

He was also described as “not for the people”, “money bags”, and accused of looking down on the public.

Another added: “For a man he seems quite weak”.

Ms Long Bailey was also blasted, being labelled “a clone of Jeremy Corbyn”.

The former Labour voters accused her of being in the far-left leaders “pocket”, and described her as Mr Corbyn but “30 years younger and changed to a female with the same policies".

Former Theresa May pollster James Johnson conducted the focus group, and said there was “no real star” in the race for the leadership.

He said: “The preferences of the voters Labour needs to win back to do not match those of the members.

“Instead, the favourites in this contest are Starmer and Long Bailey.

“When I told respondents that these two were the frontrunners, despairing laughter echoed around the room.

“I was left with one conclusion: in Number 10, they will be rubbing their hands in glee.”

REBECCA Long-Bailey has claimed she will be able to stand up to Boris Johnson because she's from Salford.

The shadow business secretary has faced suggestions she is not tough enough for the job.

She insisted: "I’m from Salford, no-one messes with me".

Jess Phillips was also praised by the group, who were polled before she dropped out the race.

This morning she backed Ms Nandy for leader, and said Sir Keir would be her second preference.

It comes as Corbyn supporter and far-left MP Ian Lavery called on Mr Starmer to pull out of the race as the party "needs a female leader".

The call comes just weeks after Mr Lavery announced he was considering a run himself.

The contenders are still trying to get on the ballot to win the competition, needing support from unions and constituency Labour parties.

Members can then vote from February 21, with the winner announced on April 4.