Britain finally left the EU at 11pm last night, more than three years after the referendum.

Shadow business secretary Ms Long-Bailey and Wigan MP Ms Nandy said the government should ensure a good trade deal is struck with Brussels, while speaking at the hustings in Bristol today. 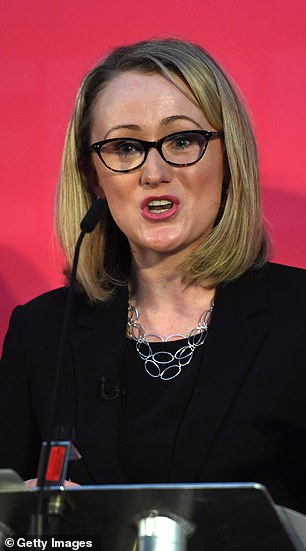 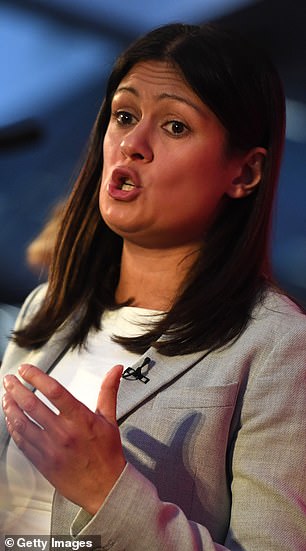 She said that Labour would need a Remain-backing leader who had been ‘on the right side of the argument all along’.

Ms Long-Bailey said the party could not campaign at the next general election, expected in 2024, with the message of ‘we told you so’ if the country’s economic fortunes took a dip after leaving the EU.

She admitted it was ‘sad’ to see the UK’s divorce from Brussels finalised this week but said the ‘debate is over’ on Brexit. 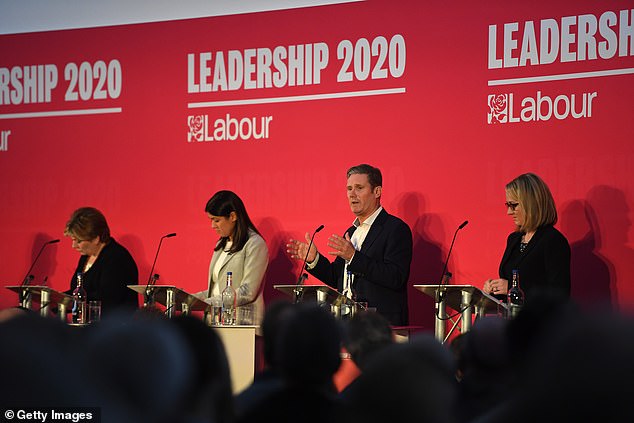 Ms Long-Bailey said: ‘We cannot spend the next four years waiting to tell our constituents we told you so and that we knew it was going to be this bad all along.’

The Salford and Eccles MP said Labour instead had to make sure Boris Johnson negotiated the ‘best possible trade deal’ that could help ‘rebuild our communities’.

Ms Nandy was critical of Labour’s reaction to the referendum outcome.

She accused the leadership under Jeremy Corbyn of looking ‘backwards’ after the result rather than ‘looking forward to the country we can be’.

She said: ‘We completely missed the point of that political earthquake, which was a clamour for more power, more control and more agency across this country.’ 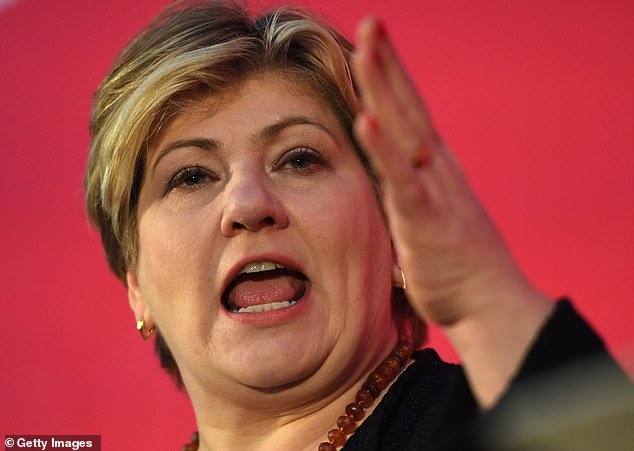 The former shadow energy secretary – who voted for the Prime Minister’s Withdrawal Agreement – admitted she had failed in her push for a Brexit deal that kept a close relationship with the EU.

Ms Thornberry took an opposing view to her two female rivals and said she suspected the Prime Minister would not be successful in acquiring a trade agreement with Brussels. 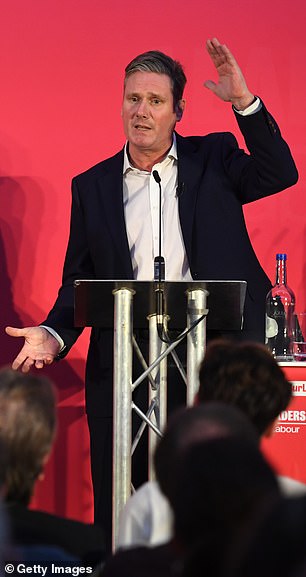 She said the country would be ‘back in no-deal territory by the summer’.

The Islington South and Finsbury MP – who is the only contender not to have secured enough backing to advance to the final stage – said: ‘What do we do at that stage? We need to have someone leading the fight who was on the right side of the argument all along.’

Shadow Brexit secretary Sir Keir Starmer, one of the architects of Labour’s second referendum policy, said the divide between Leave and Remain voters must end.

He accused the Government of failing to address the ‘underlying reasons’ why the electorate voted out.

The hustings also saw a red-on-red clash, with Ms Long-Bailey and Ms Nandy disagreeing over whether to introduce open selections for Labour MPs.

Ms Long-Bailey told members she would bring in open selections if she was elected leader.

The move would make it easier for local party branches to deselect sitting MPs before elections.

‘Being an MP is not a job for life,’ she told the audience, to loud cheers.

But Ms Nandy said she disagreed with her rival’s views on the issue, adding: ‘The MPs I want to get rid of are Tories, not Labour.’

Saturday’s hustings at Ashton Gate Stadium was the second debate held by the four remaining contenders.

Last weekend’s event was cancelled due to Sir Keir pausing his campaign following his mother-in-law’s admittance to intensive care.

Prince Andrew could have met Virginia Roberts after Pizza Express