THE pilot of an airplane that made an emergency landing at LaGuardia Airport due to a bomb scare can be heard calling for help in an audio recording.

Officials have arrested a man following reports of “suspicious behaviour and luggage on board”. 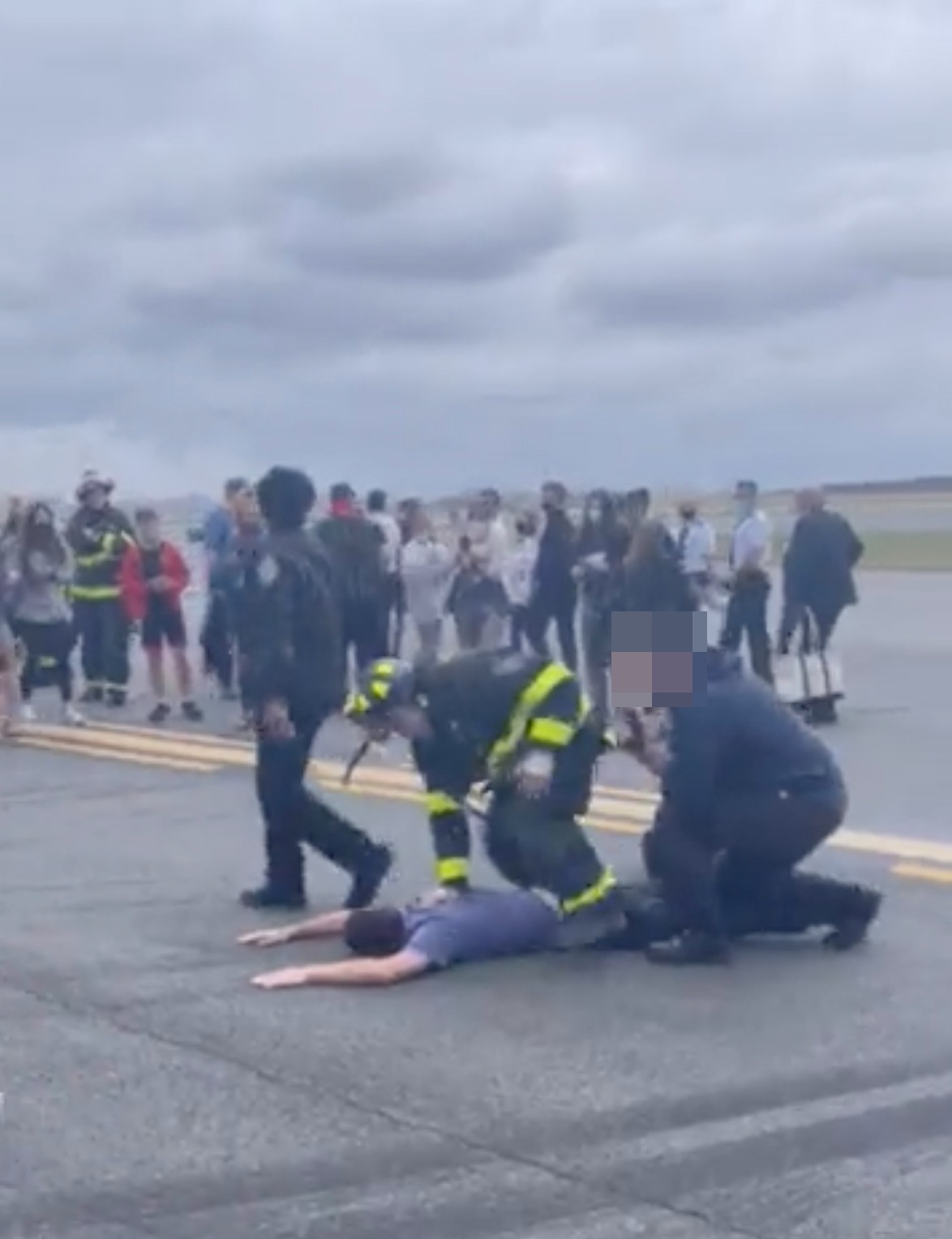 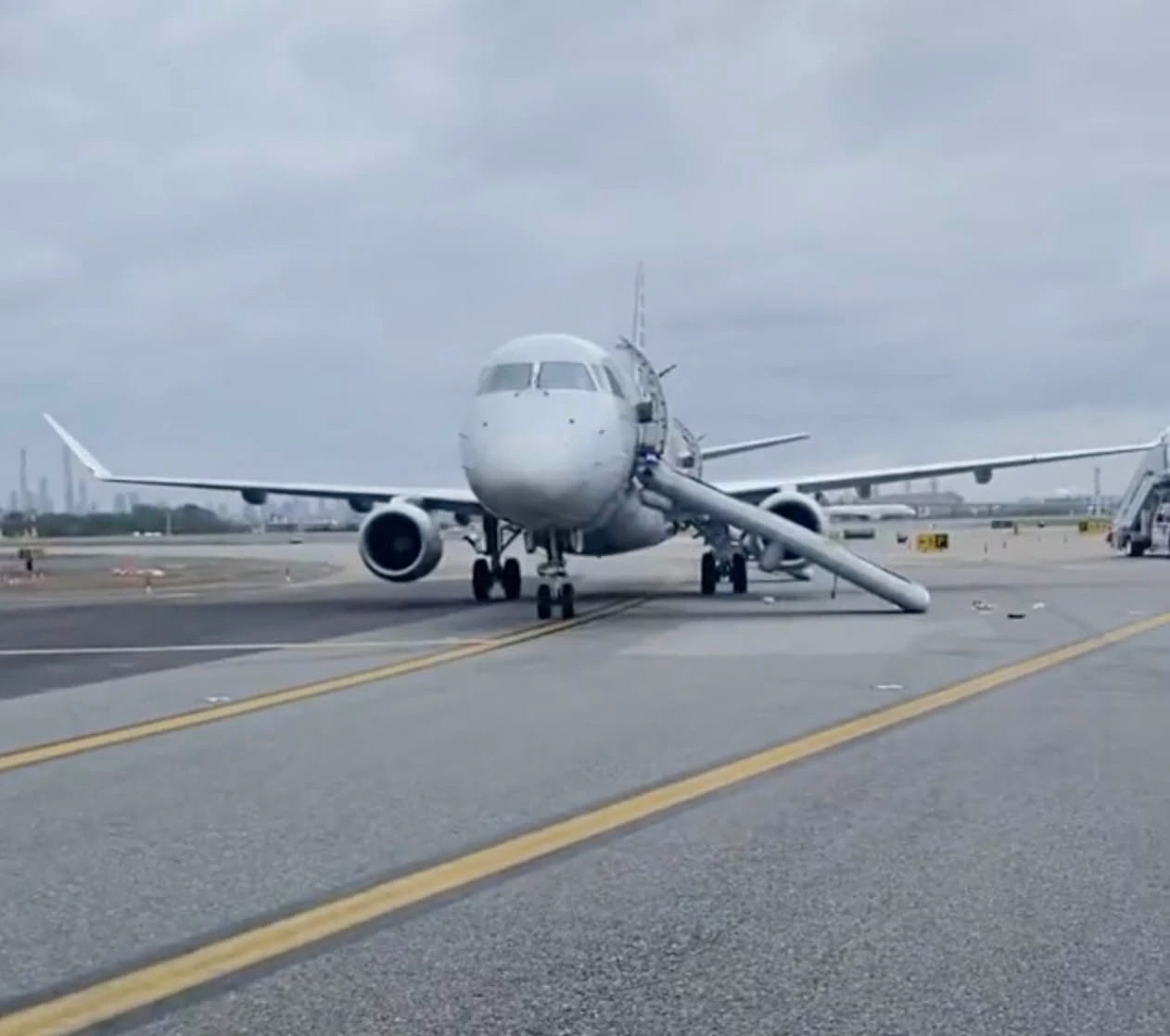 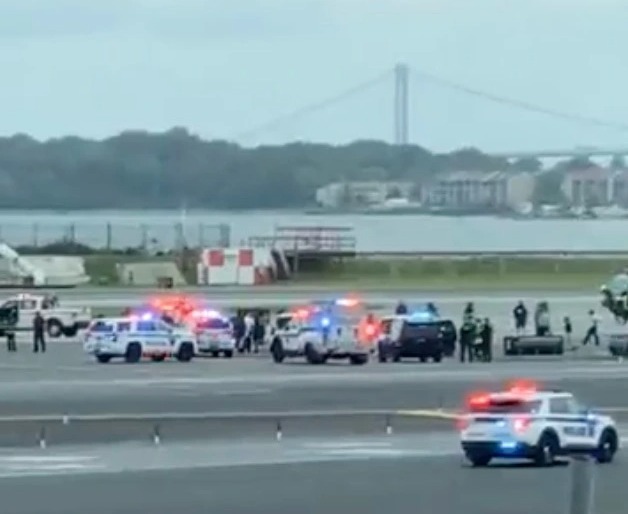 In an audio recording of his conversation with air traffic controllers, the pilot of Republic Airlines Flight 4817, whose identity has not been revealed, can be heard calmly declaring “We’re landing right now”.

The incident occurred at just before 3pm Saturday as the plane was coming in from Indianapolis and landed on Runway 4 at the airport in Queens, New York City.

The plane’s 76 passengers were quickly evacuated along with four crew members.

In a recording posted on the website liveatc.net the pilot can be heard saying: “Tower, Brickyard 48… 4817, we’re declaring an emergency, we have a situation here where a suspicious person has an item that looks like an explosive device.”

“Brickyard 4817, you said there is a suspicious… Somebody has something suspicious?” air traffic controllers respond.

A woman who said she had been sitting next to the passenger and alerted a flight attendant told the New York Post he had been “timing” the flight after it had taken off.

“He was looking at photos of what looked like to be homemade bombs. Then he got very erratic and fidgety at the end of the flight and went to like grab a camera as we were landing and asked to put up the shade. It was very odd behavior,” she said.

Later on in the recording the air traffic controller can be heard asking if any assistance was needed.

“Yeah, we’re gonna be evacuating and just have the passengers just be safe from the aircraft, because we don’t know what this person has. Everyone else is scared on this aircraft,” the pilot said.

Port Authority of New York and New Jersey confirmed to The Sun that the pilot made the call after reporting a suspicious passenger and luggage on board.

American Airlines later released a statement confirming the flight was deplaned on the taxiway upon arrival at LaGuardia due to "a potential security issue."

No more details were provided, but emergency crews were seen spraying the airplane after passengers were deplaned, according to News12 reporter Sabrina Franza.

Franza confirmed a passenger with "erratic behavior" was reported.

According to The Post this behaviour included “timing” the flight after take off as well as "looking at photos of what looked like to be homemade bombs" on his phone.

A senior law enforcement official briefed on the incident told NBC4 that when the "unruly" passenger was confronted by the flight crew he allegedly suggested he had a "device" on the plane.

According to American Airline's statement, all 80 passengers and crew are safe and there were no injuries.

Officials said the plane was evacuated with passengers exiting on the runway.

Meanwhile, New York Governor Hochul said, via Twitter, that there was "no reason to believe there is any danger to New Yorkers at this time."

A video posted on social media showed a firefighter kneeling next to a man lying on his stomach as passengers gathered on the tarmac.

A woman who was on the flight reported on Twitter that hours later passengers were still waiting for updates from the airline and for their luggage, as well as to be told whether she could leave the airport.

The New York City Fire Department confirmed their service was "requested to assist PAPD with a flight making an emergency landing" at LGA.

And after the matter was "resolved," LaGuardia Airport confirmed – via Twitter – that they are now operating as normal. 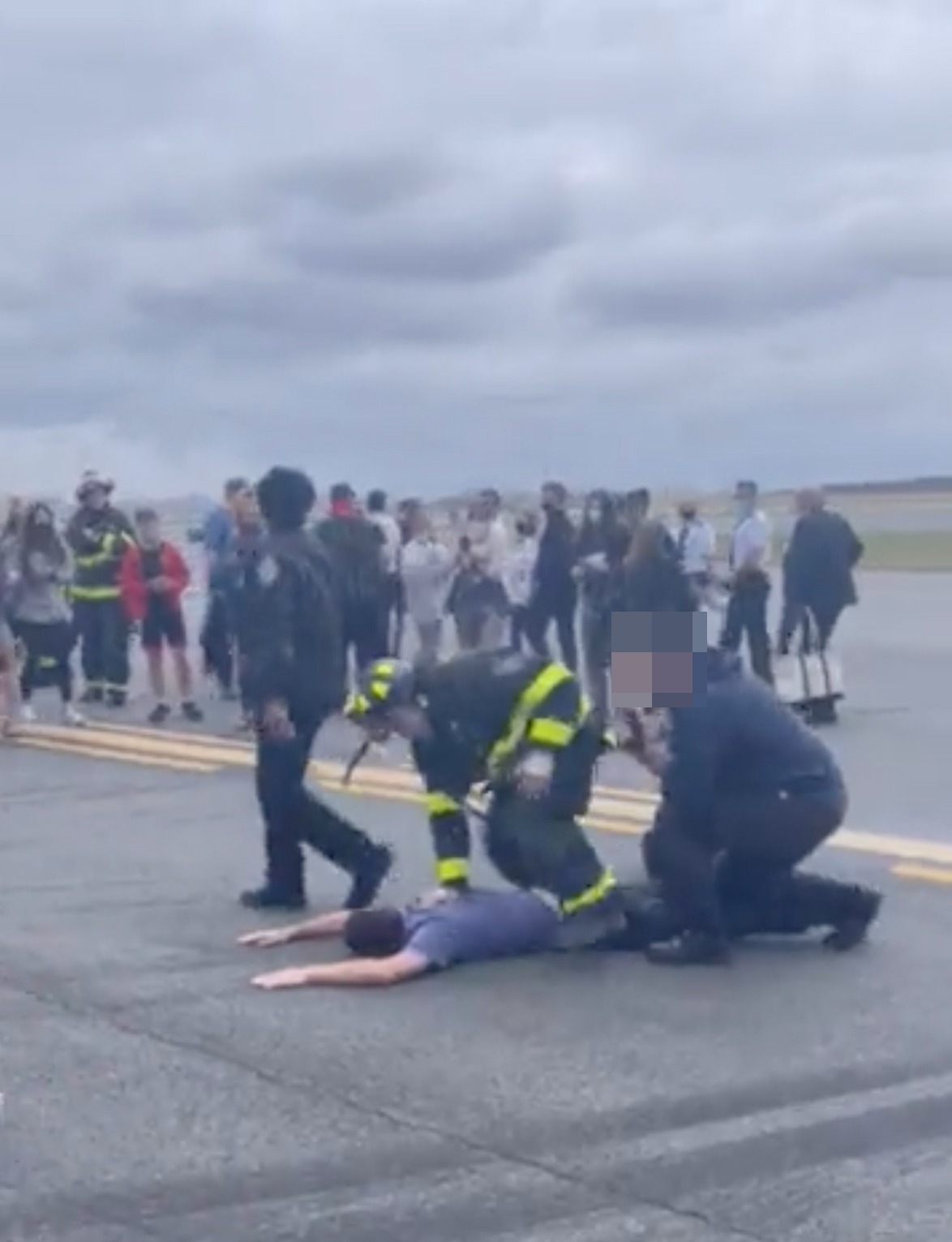 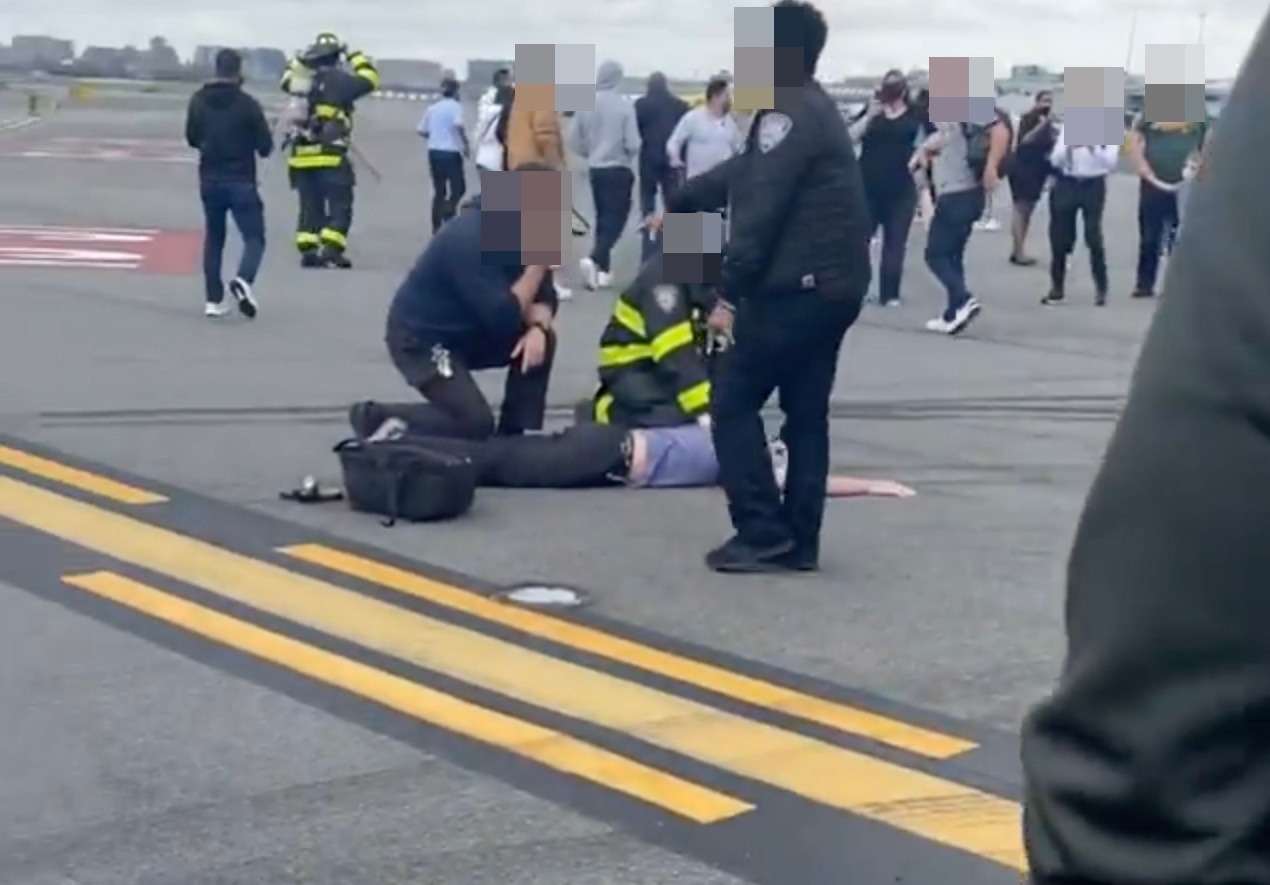 In a Tibetan cave, Australian archaeologists find evidence of a mysterious ancestor