A LITTLE boy found wandering the streets alone in his pyjamas has been reunited with his mum after cops launched a desperate search.

Officers in Humberside say the youngster was found in the area of Boothferry Road and Pasture Road in Goole, East Yorkshire at 2pm today. 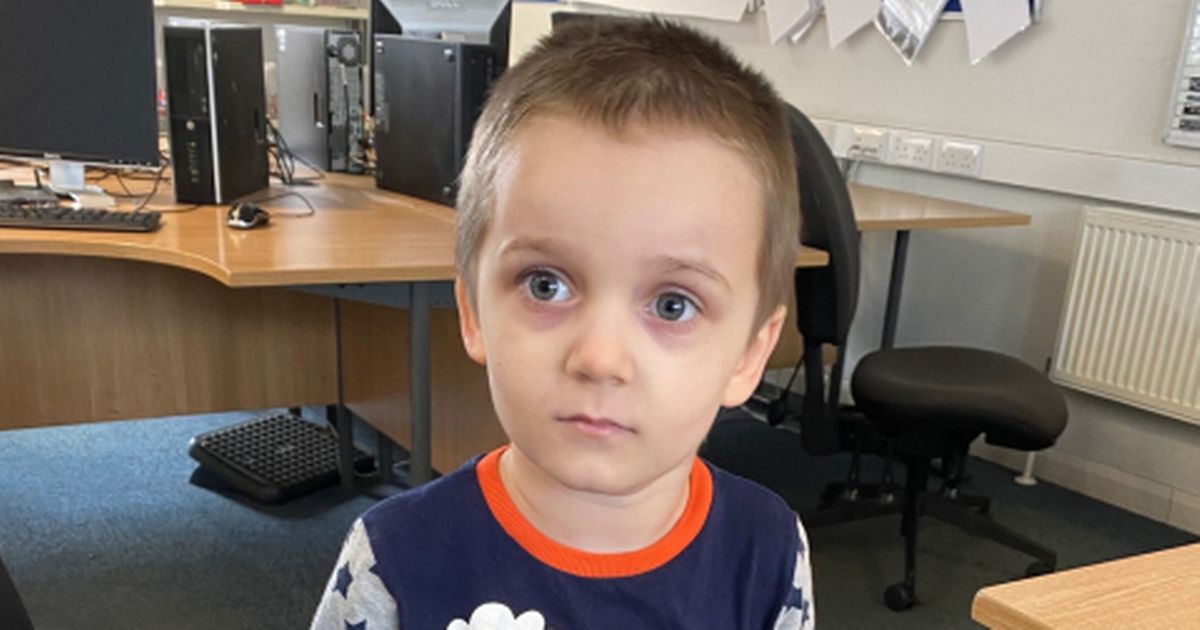 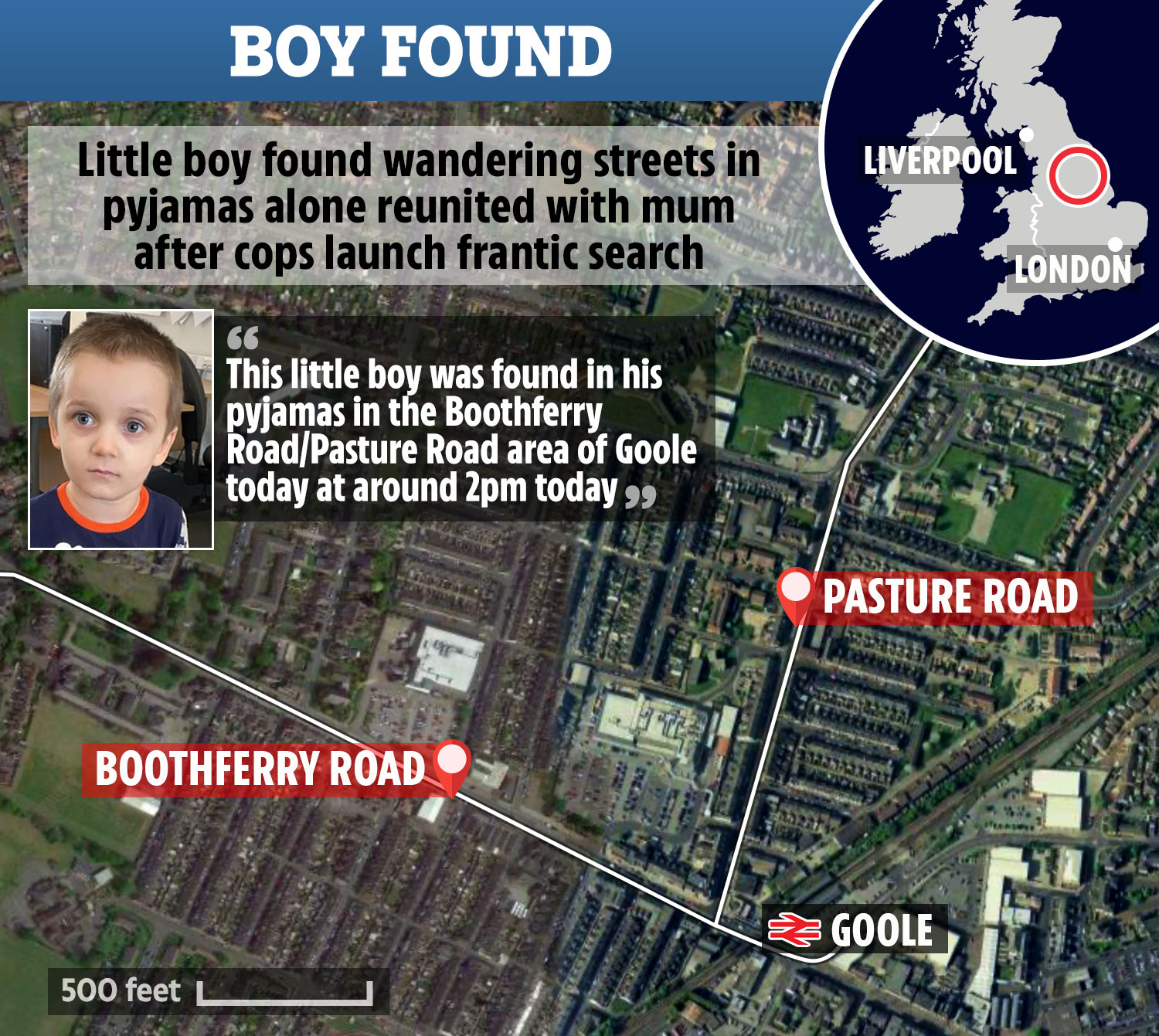 The youngster is safe and well and being looked after by officers.

However, police said they urgently needed to find where he lives and that his parents or carers are safe.

Anyone who recognised the lad was urged to get in touch.

This evening, officers have confirmed the child's mum has been identified and they will be reunited shortly.

Calling for help earlier today, officials from Humberside Police said: "This little boy was found in his pyjamas in the Boothferry Road/Pasture Road area of Goole today at around 2pm today.

"He is safe and well and being looked after by officers but we urgently need to find where he lives and that his parents or carers are safe and well.

"If you recognises him, know his parents or carers please get in touch with us."

In an update issued on social media tonight, cops said: "We are very happy to report that the mother of the little boy found in Goole has been identified and they will be reunited shortly.

"All the necessary welfare, health and safeguarding checks will be done to ensure everyone is safe and well.

"Thank you for sharing our appeal – together we help keep people safe."